A noughties JDM hero that revs to the moon and costs under £10k? Go on then… 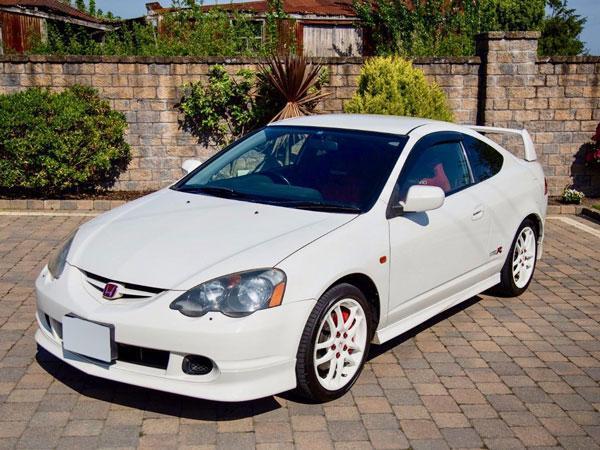 If you follow him on social media, you’ll know that Matt’s been out driving the Ferrari 488 Pista for an upcoming head-to-head. Lucky git. Without giving away the gist of his upcoming feature, you won’t be surprised to hear that the Pista remains nothing short of breathtaking, its boosted 3.9-litre V8 alone cause for celebration. Because despite being heavily turbocharged (568lb ft at 3,000rpm!), the unit produces its 720hp peak at 8,000rpm; 1,000rpm earlier than the holy grail 458 Speciale, sure, but bloody good going for something force fed air like this in 2019.

Of course, back in the early noughties, you didn’t need to spend a quarter of a million quid to achieve such a rapid spin of the crankshaft. Honda was making engines that revved to the moon for the mass market, placing its famed K20 into the engine bay of its EP3 Civic Type R with the redline set at 8,000rpm. It had a quarter of the Ferrari’s horsepower, yes, but the EP3 cost only £13,995, amounting to the rpm bargain of this century. Unless you lived in Japan when the Integra DC5 went on sale, that is. 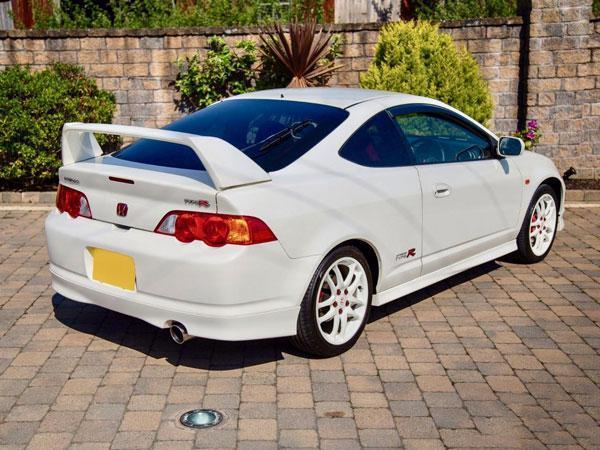 Arriving in 2001, the DC5 was at first met with criticism. It was 110kg heavier than the DC2 it succeeded, gaining only 20hp in the process and leaving some to claim it had lost the earlier car’s light-footed agility on the road. But whatever the opinions of its chassis, few could deny the K20 engine under its bonnet was a marvel, producing 220hp at 8,000rpm and – because VTEC – its torque peak of 152lb ft 1,000rpm earlier. It meant the fatter DC5 had 206hp-per-tonne to the DC2’s 188, which was enough to convince many that sufficient progress had been achieved.

Even before the JDM-only model was given a helpful popularity boost by the Fast and Furious films, there were plenty of other things to love about the DC5. The looks were admittedly Marmite, but they were also perfect for the tastes of Japan’s then-exploding tuner scene – hence the large fixed rear spoiler, red Recaro sports seats and 10-spoke alloys. And the car didn’t lack the character to match, its front end nice and responsive and its motor demanding to be wrung out all the time, representing one of the last hurrahs for properly peaky Japanese powerplants. 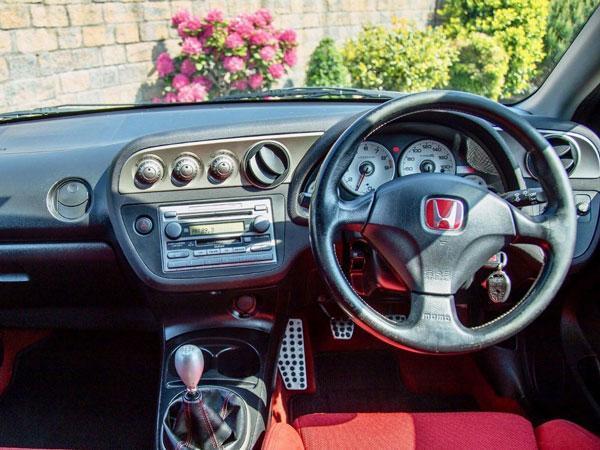 It didn’t take hindsight for people to want one; plenty of Brits were keen to import grey DC5s to the UK during the car’s production run, meaning the population grew and grew until the end of the noughties. There are 16 DC5 Integra Type Rs on PH today, with at least a dozen looking Spotted-worthy to illustrate the ongoing enthusiasm for the model. It wasn’t easy, but we’ve picked one from the line-up that looks to be a good all-rounder in terms of price, mileage and condition, with 82,000 miles seemingly having done it no harm.

It’s a 2010 import that looks to be in remarkably good condition; those brake calipers seemingly as fresh as the day they left the factory and the cabin not far off that level either. No less important, this car is in all-original condition, even retaining its original JDM stereo system. The seller claims there’s no sign of rust or corrosion, and that the car has just been serviced at Honda, receiving a fresh coating of underbody protection as well. So as far as we can tell, it’s ready to rock and roll its way to the giddy heights of 8,000rpm right now. All for the modest sum of £9,245.

Romain Grosjean has escaped the risk of disqualification from the Styrian Grand Prix, after his Haas team broke parc ferme rules following qualifying on Saturday night. The Frenchman failed to…

Binotto: Results ‘not good enough for a team named Ferrari’

Mattia Binotto says Ferrari must work to understand its struggles after another disappointing Formula 1 qualifying in Austria, calling its performance “not good enough for a team by the name…
News & Features