Home » Here\u2019s Why Seemingly Every Automaker Has a 2.0-Liter Four in the Lineup 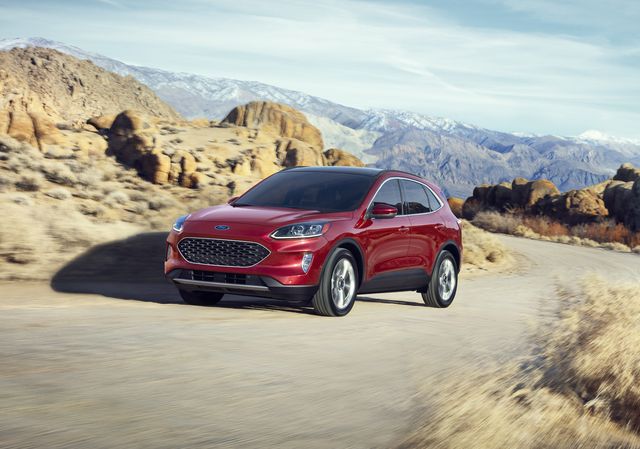 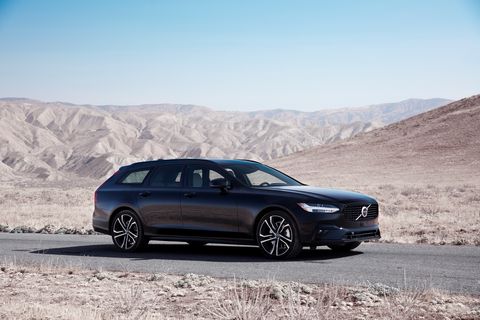 The engines are a handy size and are relatively light weight. With horsepower ranges from about 140 hp to the Ford Escape’s 250 hp to the Golf R’s 315 on up to AMG’s 375 hp in the GLA 45, clearly the range of power automakers have been able to squeeze out of these engines is another appealing reason. The others are many and varied. 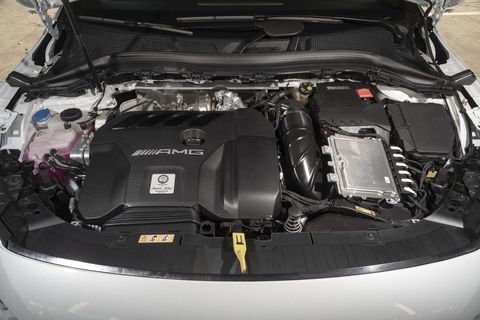 One aspect is taxes, of course, and with each country having its own way of calculating them, that’s as convoluted as you can imagine. Some countries indeed go by engine displacement, others by a car’s size, still others by a car’s weight, or horsepower or… The overall goal is to continually drive down emissions, the countries will tell you. Often the tax policies are set based on CO2 emissions standards or fuel economy numbers or both. It’s mentally exhausting.

Another reason isn’t necessarily about the 2.0 liters of displacement, but rather the 500cc, or 86×86, cylinder bore. Lyndsay Brooke, editor-in-chief of the SAE International’s Automotive Engineering explained that automaker and motorcycle engineers can achieve that 500cc cylinder with a square bore and stroke (86×86) or it can be slightly undersquare or a little oversquare, but the square bore and stroke cylinder is ideal. “Basically, the kinematics and geometries of that cylinder have been proven over decades, and of course 1.5-liter three cylinder engines and 3.0-liter six cylinder engines work the same way.

“In the old days when companies were still designing new engine families you could modularize it and share components. It’s just sort of sweet spot of piston speed, size of the combustion chamber for good combustion, valve area to be able to pack four valves per cylinder, even length of the block, which is important for front-wheel drive cars. It just historically has worked best.”

Alfa Romeo experimented with the 2.0-liter four in the ’50s as did a few Formula 1 car builders. There is a popular notion that German university engineers first settled on the 500cc cylinder being the ideal in the early 2000s, and then BMW, Mercedes-Benz, and the Volkswagen Group popularized the 2.0-liter engine.

Another belief is that Ford had the idea early on. “Years ago, Ford was moving more toward shared engine families across its global portfolio,” Brooke told us, “and engineers decided to do a three-cylinder engine. They determined that if they did a 1.5 liter they could share components with the 2.0 liter, which is the next logical step up, and with a 3.0-liter engine as well.”

Brooke said that under then-Ford global product boss Derrick Kuzak (who retired in 2012), the company realized the prime movers in its future global lineup were going to be three- and four-cylinder engines, probably direct injected and turbocharged, and figured it should standardize them to best leverage its global resources. “They can use the same crank pins and main bearings and piston rings, to name just a few,” Brooke said. “What a savings that is!”

Ford called the technology EcoBoost, and company officials told us the idea was that EcoBoost would take the automaker into the 2020s and to hybrids and electrified powerplants.

Hau Thai-Tang, Ford’s chief product platform and operations officer, told Autoweek, “We did land on a scalable architecture and [500cc] cylinder size, and use that as a building block.”

Thai-Tang was the company’s chief product development and purchasing officer, responsible for overseeing all aspects of the company’s global product design, engineering, and development. We first met him in the ’90s when he was a race engineer for Nigel Mansell and Mario Andretti on Newman-Haas’ Ford-powered, title-winning IndyCars. He also launched the 2005 Mustang as its chief engineer.

“Some of it was driven by regulations in some markets that we’re in where taxes are geared around displacement,” he told us, “but it really started with trying to match V8 power with less displacement.

“For us there is an optimal size in terms of combustion and physical package and we arrived at 500cc as a really good starting place to scale up.”

We asked Thai-Tang if in the long run, will the 500cc cylinder, and this whole story, be moot when EVs have taken over the market? Will we be interviewing him about the optimum kWh lithium-ion battery size vs. weight and charging time or some such?

“The EcoBoost strategy has really served us well since we rolled it out in the mid to late 2000s,” he told us. “We anticipate the transition from internal combustion (ICE) to battery electric vehicles (BEV) will play out over the next decade or so, and having the variety of offerings including hybrids and plug ins and full BEVs will be really key for us.

“All the lessons we’ve learned with EcoBoost,” he continued, “and how we went to market with it has been huge and will be important lessons to remember as we move to BEVs.” He said that Ford wasn’t the first OEM to offer a turbocharged, direct-injection engine and wasn’t the first automaker trying to get more horsepower and torque along with better fuel efficiency. “But we were the first ones to do it at scale and we were the first to recognize the importance of branding it and using the EcoBoost nomenclature as a way to address some of the customer angst around downsizing but keep the performance they love. That learning is going to inform our approach on BEVs and how we facilitate that transition.”

He said customers overcoming range anxiety in many markets Ford is in means ICE will still be a requirement. “I was in Texas meeting with the dealers there,” he told us, “and they’re very bullish on the electrified solutions, and super excited that the F-150 battery-electric vehicle is coming to the market soon. But they were also quick to remind me that if you get out into Western Texas, there are areas where you can go for hundreds of miles without seeing a gas station. So they were quick to impress on us the need for ICE.”