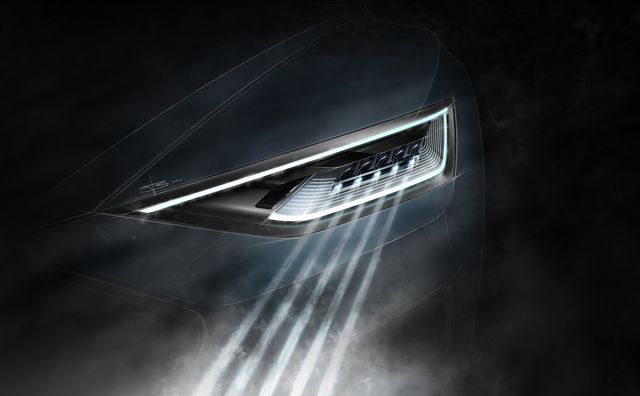 Automotive headlight designs have evolved considerably over the years, shifting from a utilitarian component of a vehicle to being a major part of its overall design and operation. In spite of that evolution, the basic functionality of most vehicles’ lighting systems is the same as it was 50 years ago. Even fancy headlights are mostly limited in operation to low beams, high beams, and maybe the ability to automatically switch between the two depending on road conditions.

In some parts of the world, though, headlight designs are changing, and are doing so in a big way. They’re becoming smarter and have been developed with the ability to shine differently in response to changes on (and near) the road ahead. The new smart headlights make automatic high beams look like antique technology, so let’s take a look at what they are and why they’re so advanced.

What Are Smart Headlights?

Smart headlights, also known as adaptive headlights or adaptive driving beam headlights (ADB), illuminate the road with a constant beam that is as bright as a traditional headlight system’s high beam. Rather than the driver or vehicle computer changing between two brightness settings, ADB systems use sensors and special light unit designs that can change the shape, brightness, and direction of the light. This can be done with a shutter system, which physically blocks part of the headlight beam, or with a matrix-style headlight unit made up of multiple light sources that can be turned on and off as needed. Adaptive headlights can also refer to light systems that shift direction depending on the vehicle’s steering inputs, and you may hear the term being used to describe automatic high beam headlights or similar devices, but those systems are not functionally the same as the lights described here.

Existing automatic high-beam headlight systems are great, but there are limitations to what they can do. If you’re driving in a suburban area with traffic and streetlights, they can become confused and leave the bright beams on when they shouldn’t, or in some cases they can end up switching between low and high beam lights rapidly, which is both annoying and bad for visibility. Smart headlights help alleviate these problems by reading the road and surrounding conditions and applying light only where it is needed. Instead of the need to switch between two brightness settings, adaptive headlights’ brightness and shape change in response to surrounding conditions. Where some automatic high beam systems become confused between streetlights and oncoming headlights and switch off when they shouldn’t, smart headlights’ advanced sensors and detection systems will eliminate the errant shifts in brightness.

If you’ve ever had to drive through a foggy, rainy night, you know the frustration of changing between low and high beam headlight settings, only to find that neither fits the situation quite right. Adaptive headlights won’t fix everything in these scenarios, but they can illuminate the road ahead with much better accuracy and less reflection from heavy fog. ADB systems can change the shape of the light beam and some may incorporate fog lights into the mix as well, so they are able to direct the light lower and to the side of the road for better visibility without as much glare as traditional headlights. 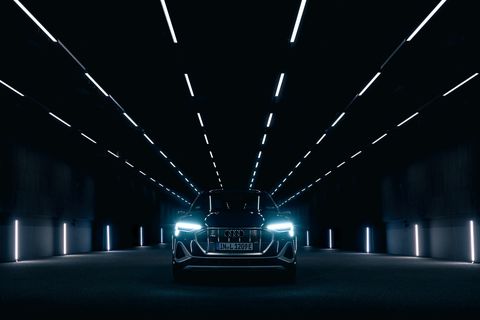 Doesn’t Blind Others Nearby

It’s no secret that the headlights on new cars are getting brighter. Now, even low beam headlights can be distracting to other drivers and pedestrians. Because adaptive headlights keep the bright lights off of pedestrians and other drivers, it’s easier for people walking to stay out of the way and for other drivers to see where they’re going. If there’s an oncoming vehicle, the beam is partially blocked or turned off so that the other driver isn’t blinded, but the rest of the road remains illuminated by bright light, which greatly improves their visibility without drastically reducing yours.

Are Smart Headlights Available in The United States?

Reading this, you’d think that adaptive headlights would be everywhere, but they’re not available for drivers in the United States—at least yet. As Car and Driver reported in 2020, a rule developed way back in 1967 that set the definitions of low- and high-beam headlights is preventing the technology’s forward progress. Automakers and many others have petitioned for an update to the rule, but as of April 2021, no changes have been made.

With or without the United States on board, ADB technology is moving forward quickly. Adaptive headlights will eventually be able to augment visual features of the road ahead, such as shining differently around a lane to help the driver stay on the road. Audi is one automaker pressing forward with the technology by developing systems that react to the driver’s actions to better illuminate the road. The company has presented examples which include a scenario where the lights dim out in the center of the lane and illuminate the sides of the road more brightly when approaching a large truck, a trick that essentially wraps light around the larger vehicle ahead and makes it easier to pass. At other times, the lighting system works in tandem with vehicle functions like navigation and head-up displays to highlight road signs and directions.

Even when adaptive headlight tech does make its way to the United States, it’s likely to be considered a premium feature for some time. Advanced driver-assistance systems have only just begun trickling down into mainstream cars on a widespread basis in the past few years, but even now, features such as blind-spot monitoring and adaptive cruise control are often held back from standard-issue safety packages.