If a Cadillac Escalade on anything less than gaudy, 20-inch chrome-plated alloy wheels is a rare sight, then one on steelies is practically unimaginable. They’re cheap wheels for fleet trucks, not luxury SUVs—who would put a set of them on a six-figure, high-trim Escalade? As it turns out, General Motors itself would, and that’s because some Escalades’ factory wheels are literally too big and too fancy for car transporters.

This photo of a steelie-clad Cadillac first surfaced online through the private Facebook group Oppositelock courtesy of Justin Quinn Jacobson, a photographer for multiple dealerships. Jacobson said the Escalade in question was optioned to around $102,000 and was actually ordered with a set of 22-inch alloy wheels, which themselves are a $1,995 option on the redesigned 2021 Escalade. 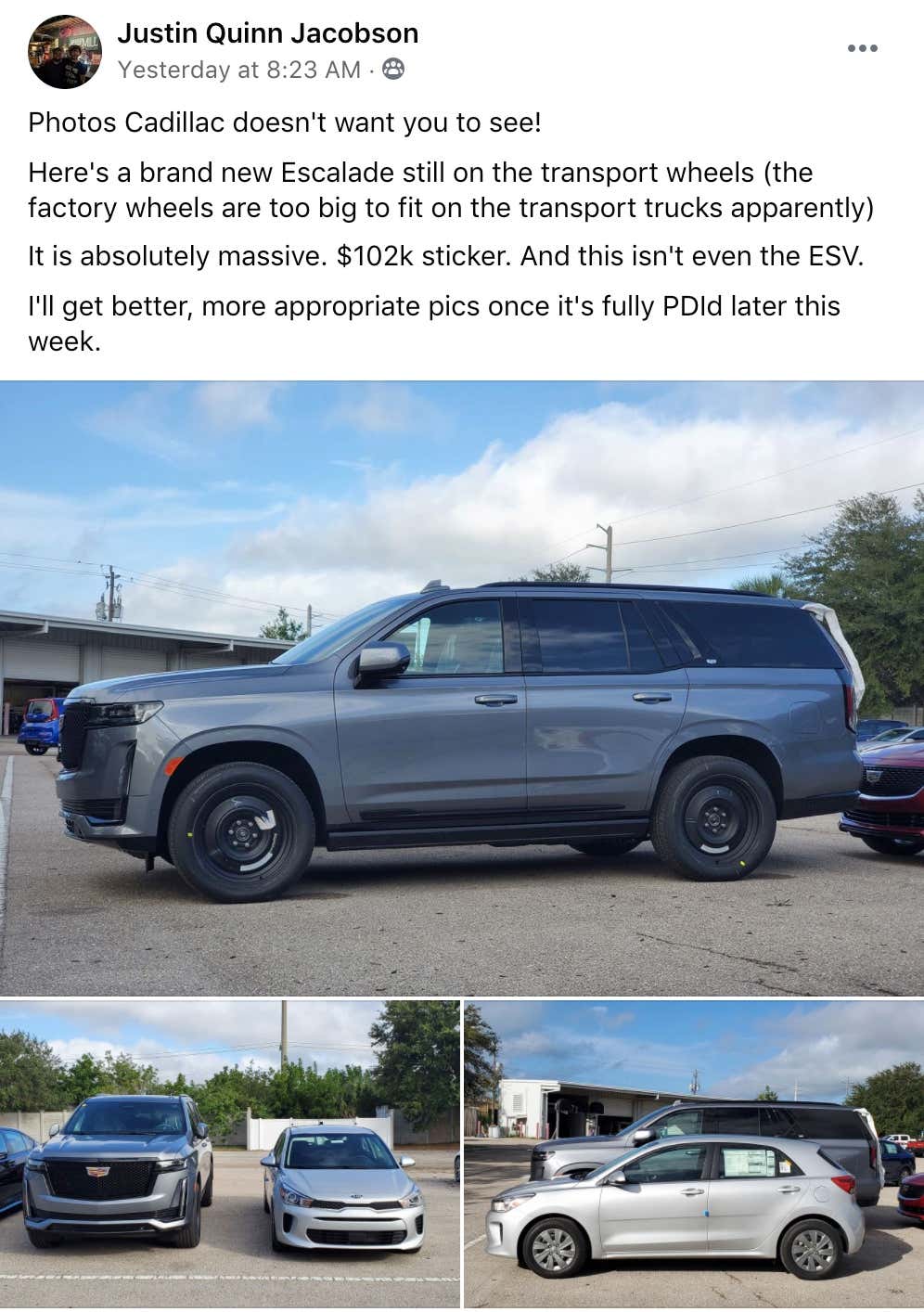 With these plain black wheels, the Escalade looks like some sort of high-end cop car that they’d use in Monaco for when they don’t want to punish the criminals too much. Then again, anything that’s not on the same level of luxury as a Bentley Bentayga is probably punishment enough for them.

“The proper wheels and tires are actually delivered on a pallet to the dealership separately,” Jacobson told The Drive. “During the post-delivery inspection, they switch the wheels, and the steelies and tires go back on the pallet and get sent back to GM. I was told there’s actually a pretty hefty core charge on them to prevent dealers from taking them.”

Shipping wheels separately from the vehicle is apparently standard practice on all GM trucks and SUVs ordered with 22s, which instead wear smaller steel wheels like these en route to the dealer. They aren’t the only unusual wheels used for shipping purposes, though.

There’s also a second set of rollers that are a bit more…shouty. They’re bright red with a multi-spoke design, and they look like a normal set of Caddy wheels that someone covered in a coat of glossy Plastidip. Apparently, they’re more common on the automaker’s sedans than hulking SUVs.

“The higher-end CT5s also come on transport wheels,” Jacobson added, sharing a photo of a CT5 on the hideous red alloys. “Same process, just not steelies.” 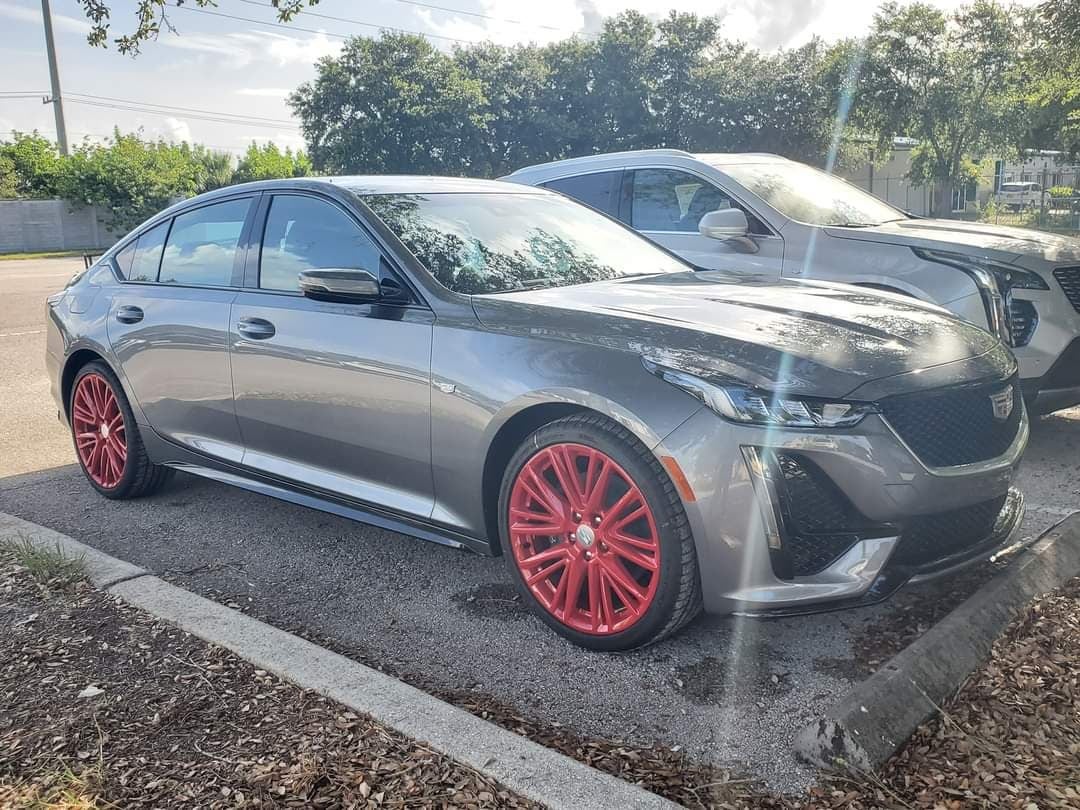 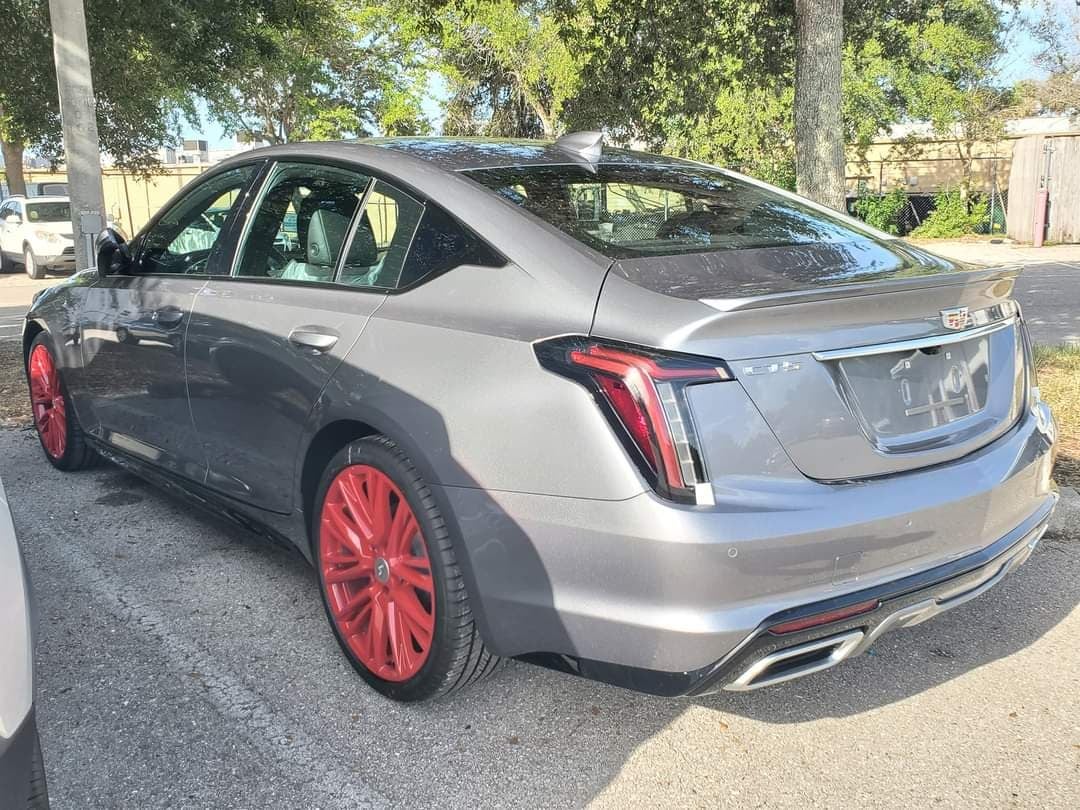