Ford brought its Eluminator electric crate motor to Las Vegas’ SEMA show this week, announcing that it has 281 horsepower and a $3,900 price tag. That’s apparently pretty reasonable to a lot of people because Ford has already run out of stock for the newfangled drop-in contraption.

The news was first reported by Ford Authority and later confirmed to us at The Drive. When I asked exactly how many units the automaker sold, a Ford spokesperson wouldn’t give me a clear answer. There are more to come, though—that I do know. 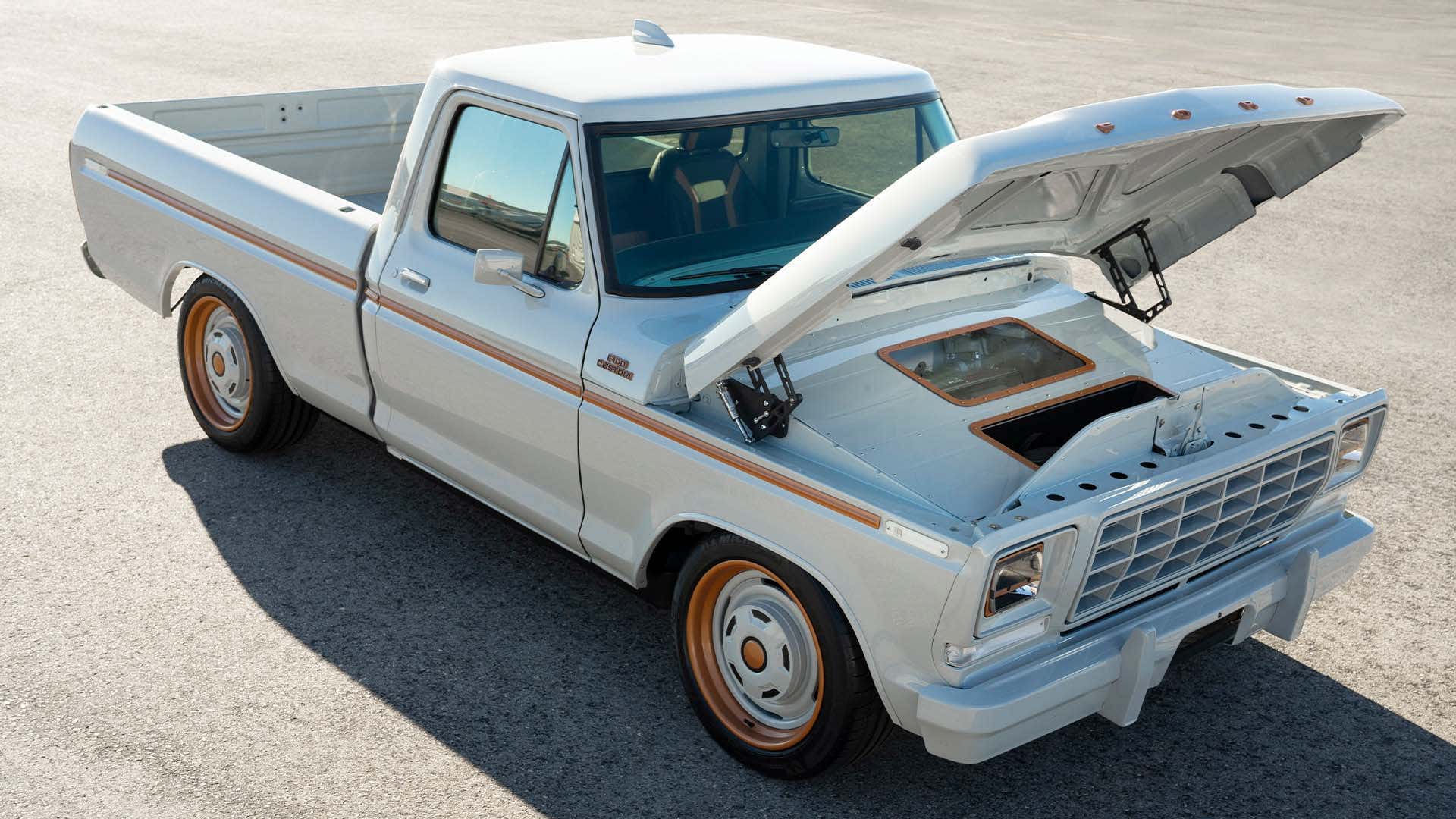 As Ford confirmed on Tuesday, the Eluminator is sourced from the Mustang Mach-E GT. It’s combinable with other identical motors like we saw on the 1978 F-100 Eluminator Concept, which uses two to put down 480 hp and 634 pound-feet of torque. In order to make the crate motor work at all, you’ll need to source your own inverter and battery pack, which is no small feat. If and when you’re able to find those, you’ll at least be happy to know Ford supplies a vent tube assembly, an LV harness and connector, and an HV motor to traction inverter harness.

Clearly, these kits are far from plug-and-play. I’m not sure anyone should expect them to be seeing as we’re still in the (relatively) early days of modifying cars with electric powertrains. Each component of an EV setup is highly dependent on the others it works together with, so keep that in mind.

In terms of dimensions, the Eluminator measures 22.5 inches front to back; Ford says it’s intended for transverse applications, effectively acting as a differential, too. It weighs 205 pounds on its own, but the bulk of an EV is typically in its batteries. These are all new areas that most new-age hot-rodders are still exploring, and that includes shops. If you happen to stumble upon one, maybe ask them where they’re getting their parts from.