When the world first learned that Ford would take on Jeep by reviving the Bronco, it welcomed the truck with open arms. And when the news broke that a manual transmission would be available, signs pointed at the rig being a winner for enthusiasts.

Given that it’s rare to see a manual in any new vehicle today, buyers who prefer to shift their own gears have been extremely receptive to the Bronco. And despite only being available with the smaller 2.3-liter EcoBoost engine today, the manual model’s take rate is impressive at roughly 25 percent.

That number comes from the Bronco’s marketing manager Mark Grueber, who recently sat down for an interview with Ford Authority. Apparently, Broncos equipped with a manual transmission have made up nearly a quarter of the model’s sales, which is nothing to shake a stick at. Only 1.1 percent of all auto sales involved cars with a manual transmission just a few years ago.

That number could climb even higher when the Sasquatch Package finally becomes available with a stick during the 2022 model year. You might remember that a petition was started and garnered more than 12,000 signatures after Ford initially said it wouldn’t pair those two features together, leading the Blue Oval to reconsider.

We won’t see a stick-shift mated to the Bronco’s more powerful 2.7-liter turbo V6, though, as a Ford spokesperson confirmed to The Drive. That’s sort of an interesting choice given that 60 percent of Bronco buyers chose the larger V6 over the smaller 2.3-liter and that 50 percent of all orders were for the Sasquatch Package. 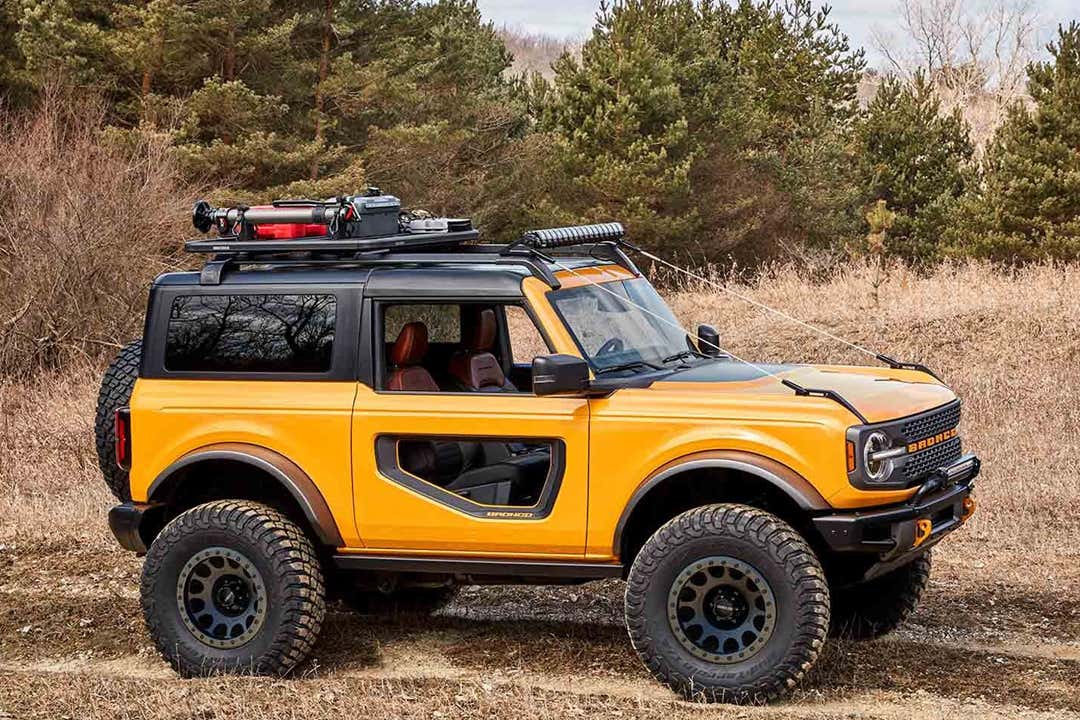 Interestingly, the Bronco’s four most expensive trim levels—Outer Banks, Badlands, Wildtrak, and First Edition—accounted for 70 percent of overall sales, though only the Badlands can be had with the manual in 2021.

Meanwhile, if you absolutely need a Bronco as quickly as possible, you can spec it as a soft-top four-door with the smaller 2.3-liter and the 10-speed automatic transmission. Sure, it’s sorta, but that’s the trade-off.