For 1965, Carroll Shelby came up with a new chassis under his familiar Cobra, built from four-inch steel tubes over a 90-inch wheelbase. He then upgraded the cars to coil spring suspension all around (earlier Cobras used transverse leaf springs at the front), and these Mark III Cobras featured wide fenders and a larger grille to feed Ford’s 427 big block, which used a single Holley carburetor and a side-oiler to keep its crankshaft happy. In competition tune, these 7.0-liter V8 monsters were rated as high as 620 horsepower.

Unfortunately, Shelby couldn’t homologate the Mark III for the 1965 racing season, ending up detuning some for the street instead; they were sold with a windshield, lights and milder mufflers as S/C models. Overall, just 23 of these 427 Cobras left Shelby American, with chassis number CSX 3010—the 10th 427 Competition Cobra—first landing in the possession of Don Russell Jr., son of South Carolina’s then-Governor, Donald S. Russell. 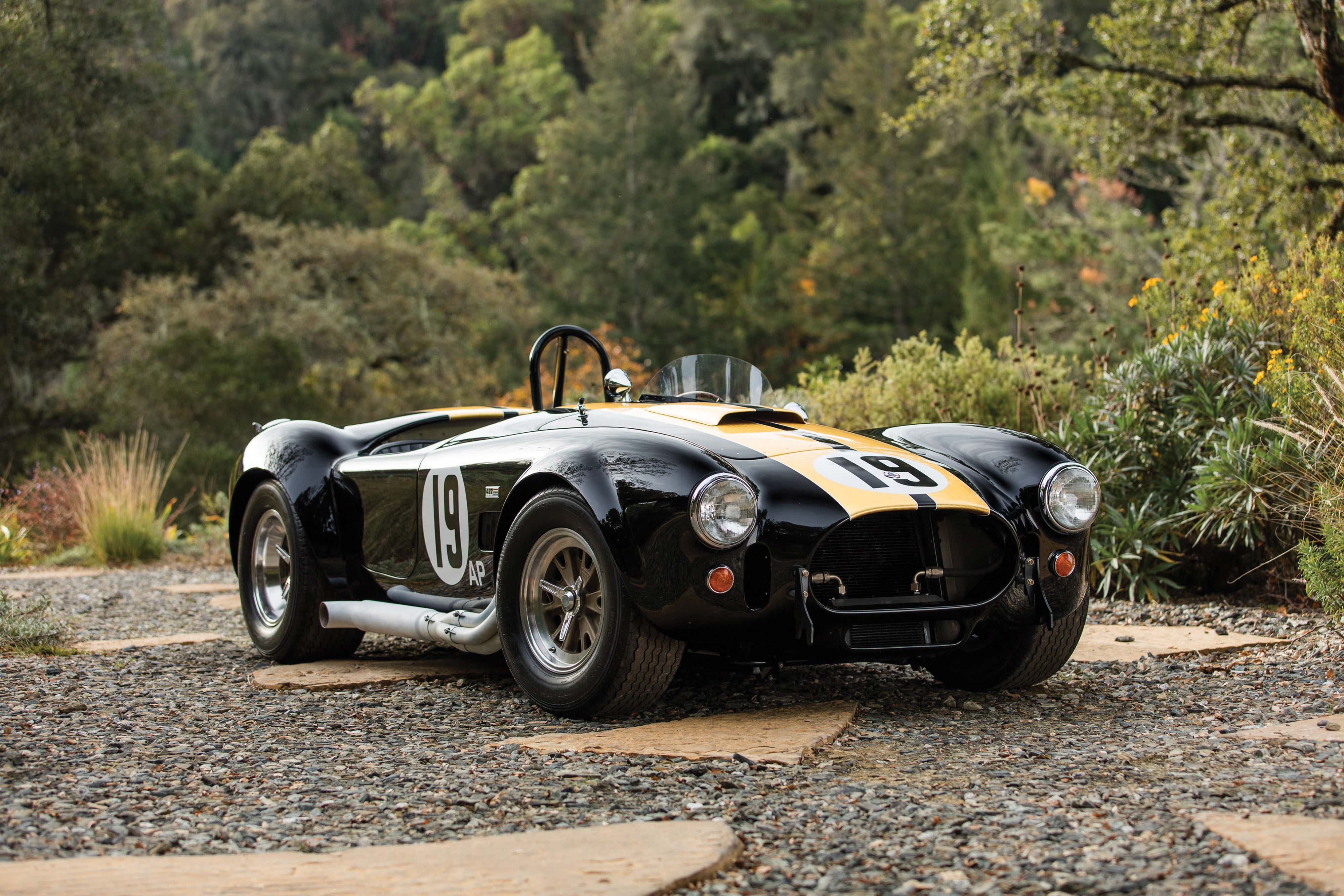 RM Sotheby’s sold this car in Arizona back in 2016 for $2,255,000. Thanks to sales literature from that auction, we know that this car was the winner of both the 1968 U.S. SCCA A Production Championship and the 1971 Eastern Canadian Endurance Championship. However, it left the racing world after being rolled by its Nova Scotian owner John Risley during the final round of the championship at Circuit Ste-Croix in October of 1971.

After the accident, the car was sold as a roller without its engine. Luckily, the chassis turnout out to be straight, which meant CSX 3010 could be fully rebuilt in time for the 1982 Palo Alto Concours d’Elegance. Since then, it hammered as the most expensive Cobra ever sold in 1986, only to be re-purchased by the guy who sold it then in 2011. Restored once again, CSX 3010 got a fresh 427 engine in 2014. 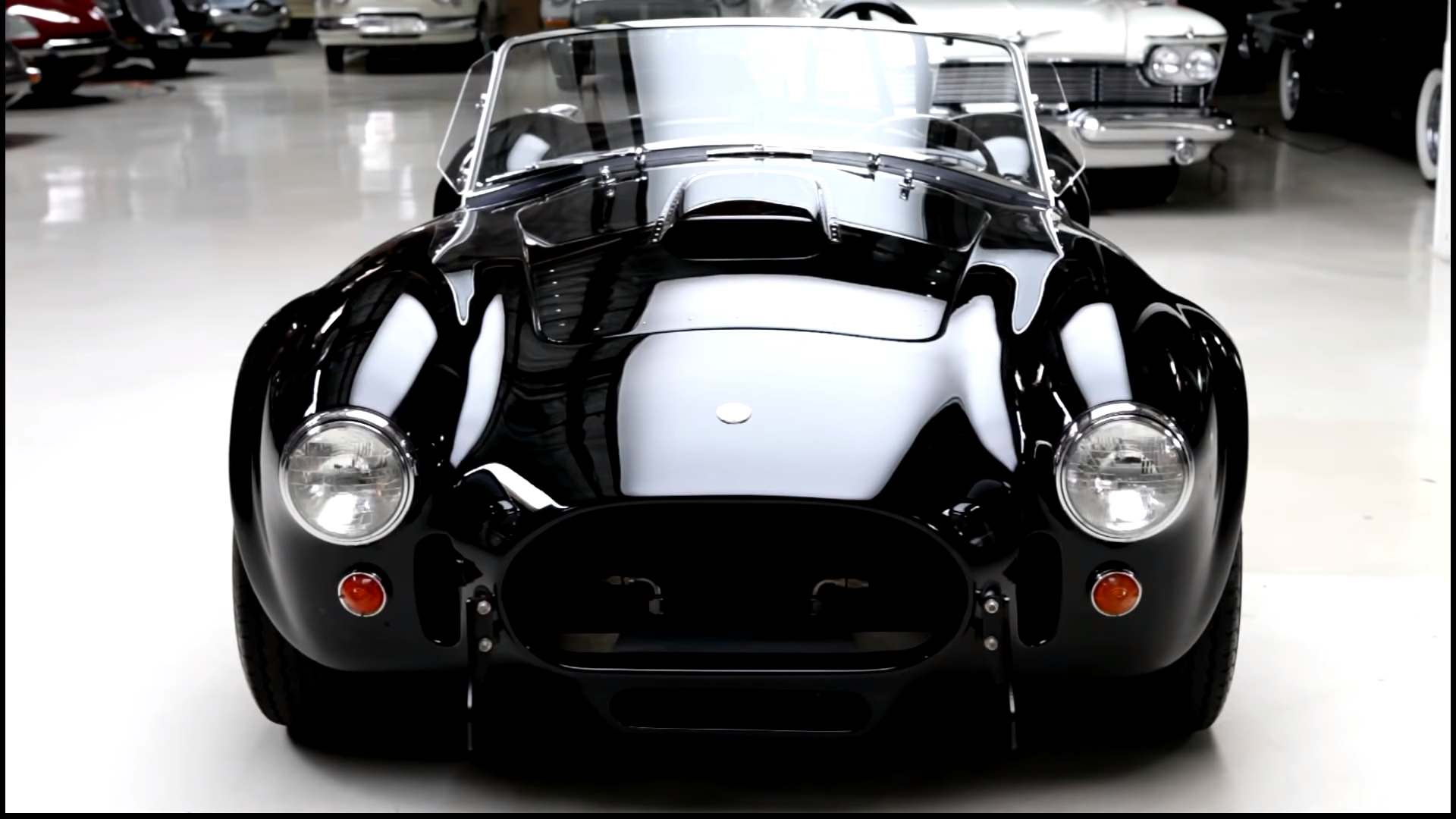 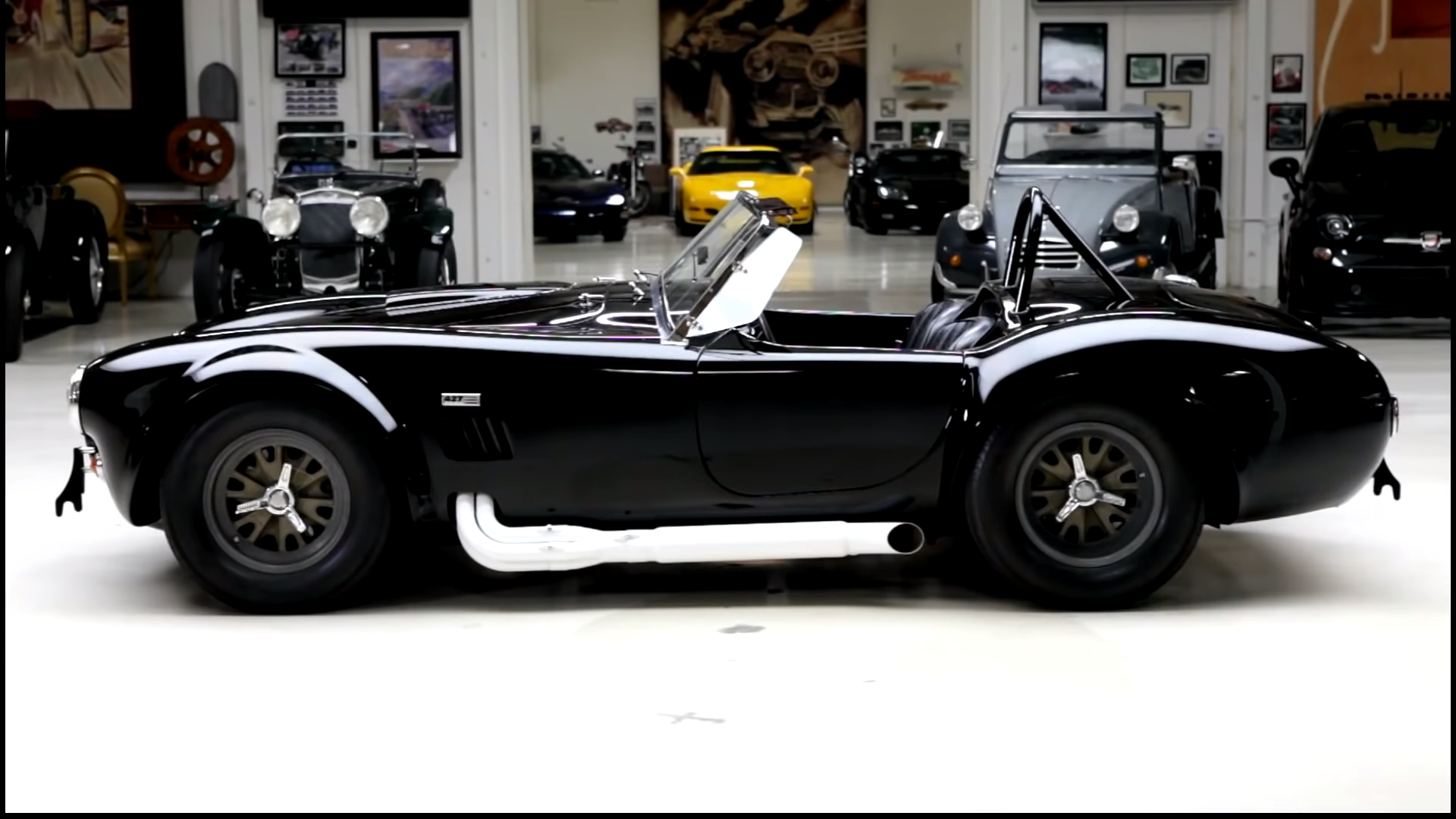 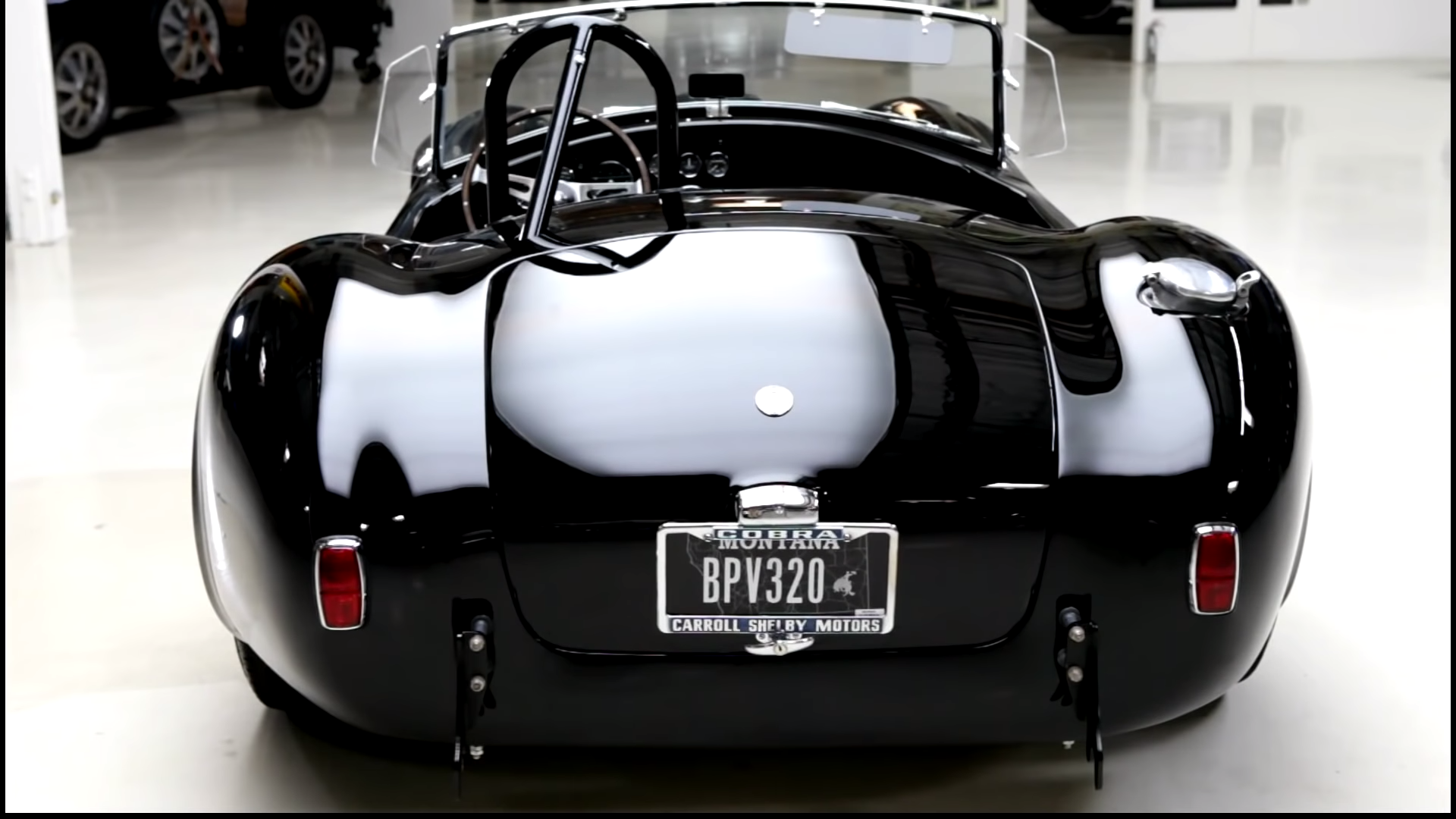 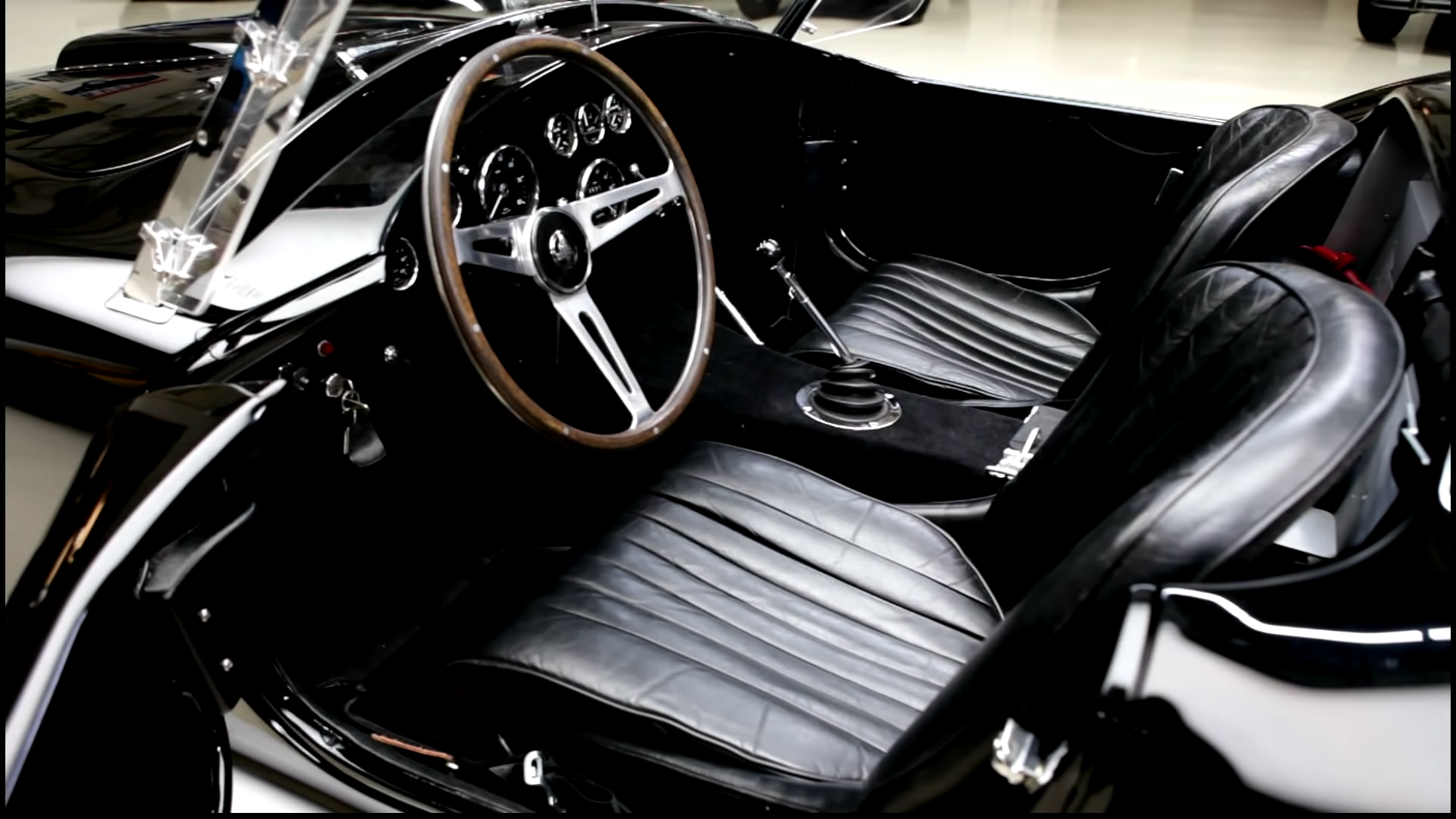 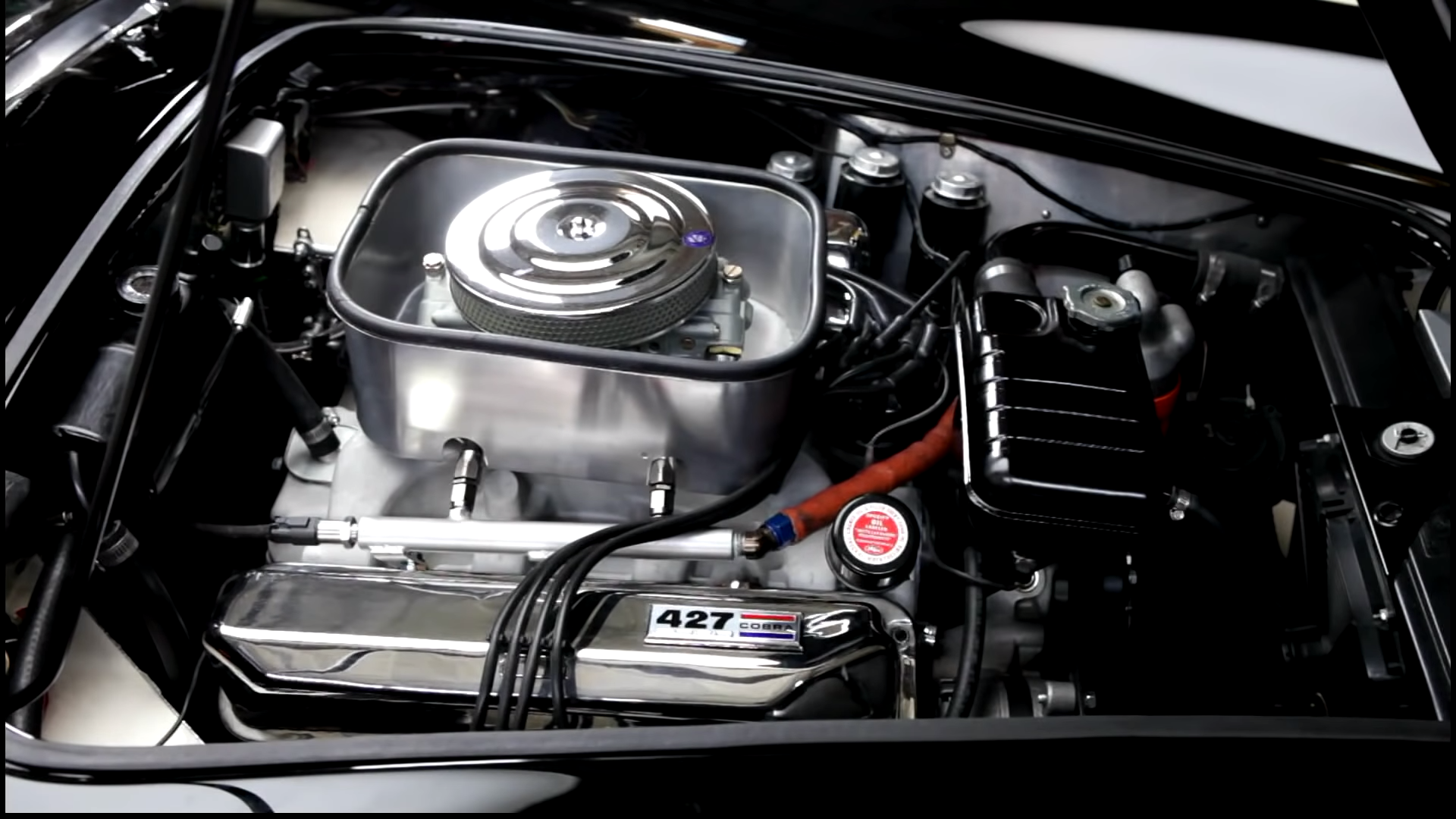 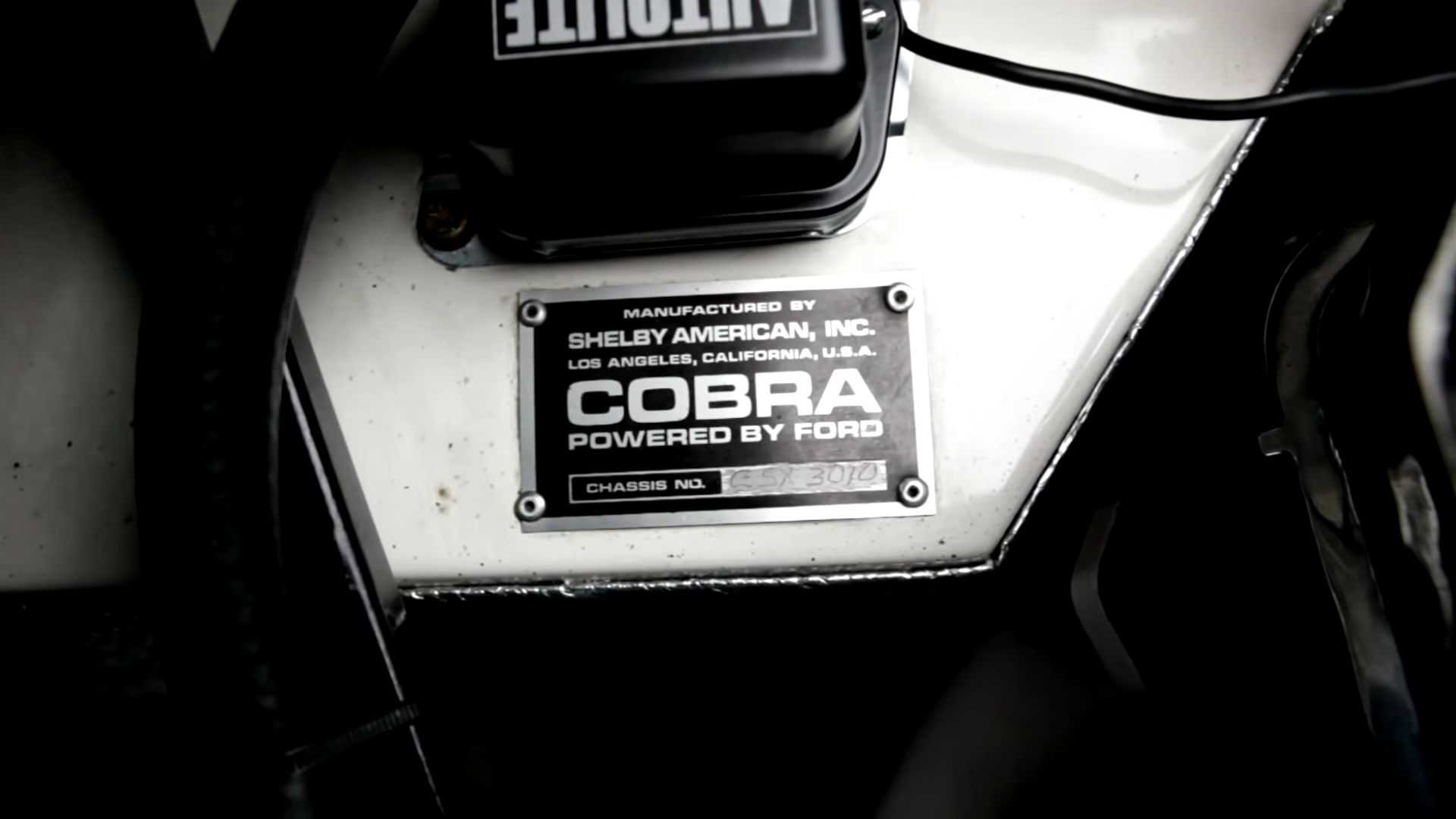 Landing in Jay Leno’s garage to avoid California’s fires, this special Cobra has clearly changed a bit since 2016, having lost its stripes and gained a full windshield, presumably to be driven only as a street car. While there are plenty of excellent continuation and replica Cobras out there, firing up an original 1965 427 is a rare treat indeed, even for somebody as used to rare machinery as Leno, who built his own Cobra replica before with a 7,000-rpm 427 SOHC “Cammer” engine.

Following Carroll Shelby’s logic, with a 620-hp competition big block on board, who would need a fuel gauge?