There’s a maxim that dictates you can always tell where the auto industry is headed by looking at what Mercedes-Benz is doing with its flagship models. If that saying still rings true today, then it (unsurprisingly) portends the widespread introduction of electric vehicles, with Daimler announcing Tuesday it will launch electric varieties of Mercedes-Benz’s top-shelf products, from the Geländewagen off-roader to high-performance AMGs and ultra-luxury Maybachs.

Confirmed by Daimler executives late last year, the electric G-Wagen is Mercedes’ way of keeping its venerable, 41-year-old off-roader on the market, the only alternative to electrification being discontinuation. Though trademark filings suggest Mercedes could fold the SUV into its EV sub-brand “EQ” under the name EQG, little else is known of what form the electric G-Wagen could take. 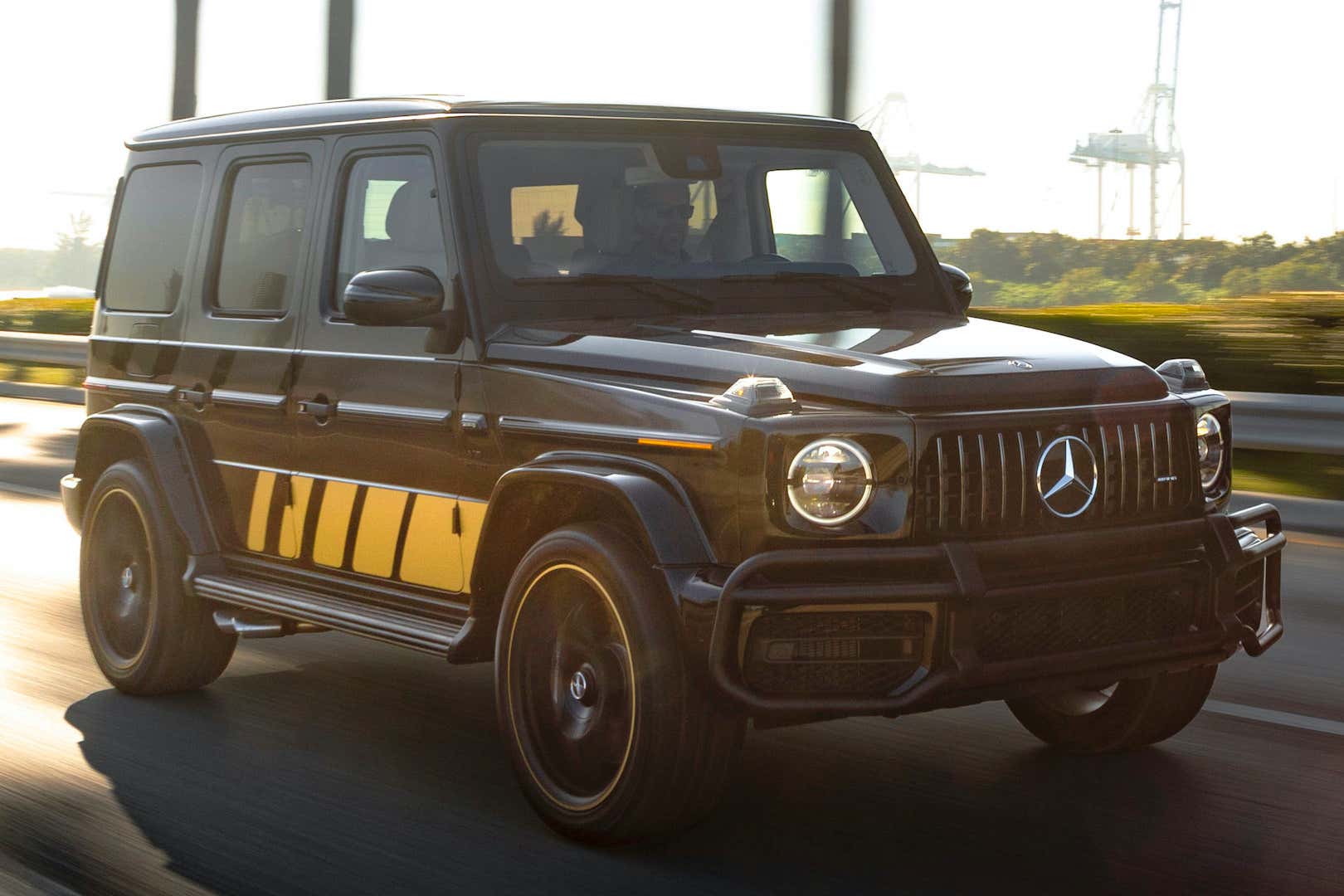 Seeing as Mercedes already offers a high-performance G-Wagen, the G63, it seems logical to take advantage of the EV’s lowered center of gravity to realize that Project Geländewagen race truck concept with a model from AMG—whose “links with Formula 1 will also intensify next year.” It’s not clear whether these new F1 links allude to the upcoming Mercedes-AMG One hypercar or other, unannounced models, such as a potential electric halo car in the vein of 2013’s SLS AMG Electric Drive. Altogether more likely is an AMG derivative of an existing EQ offering, which in 2021 will consist of the EQA, -B, and -C crossovers, the EQV van and the EQS sedan, the brand’s long-range flagship. 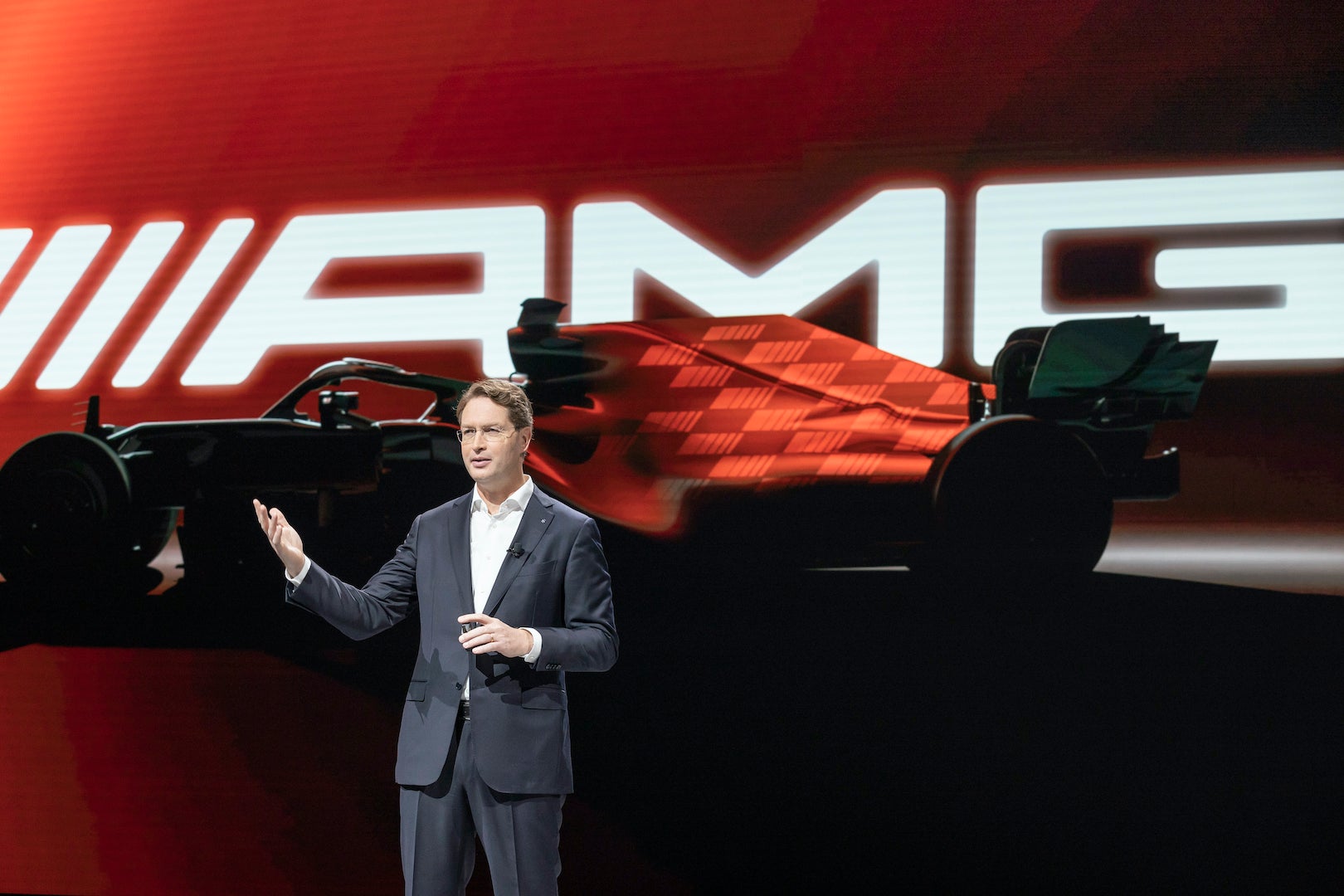 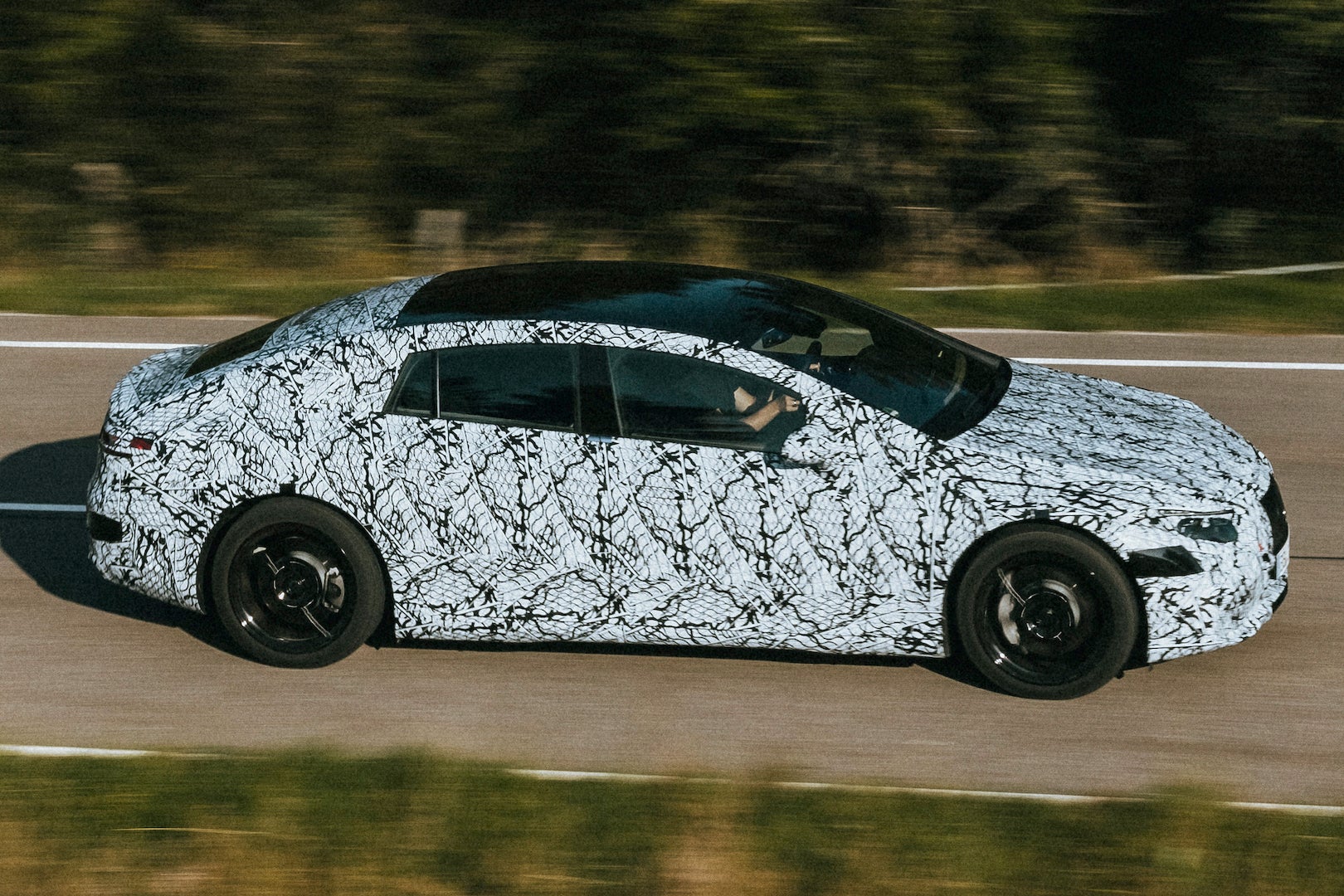 Like its BMW-owned benchmark Rolls-Royce, Mercedes’ even more luxurious subsidiary Maybach will evolve by “doubling in size and going electric.” Maybach’s offerings at present consist of fancified GLS crossovers, an upgraded S-Class and a lengthened, limo-sized version thereof called the Pullman—it’s unclear whether this is considered a separate model, and thus, whether Maybach intends to offer four or six EVs. A further-upscale EQS derivative seems a shoo-in for one of these models, and an extra-premium EQG, similarly so. 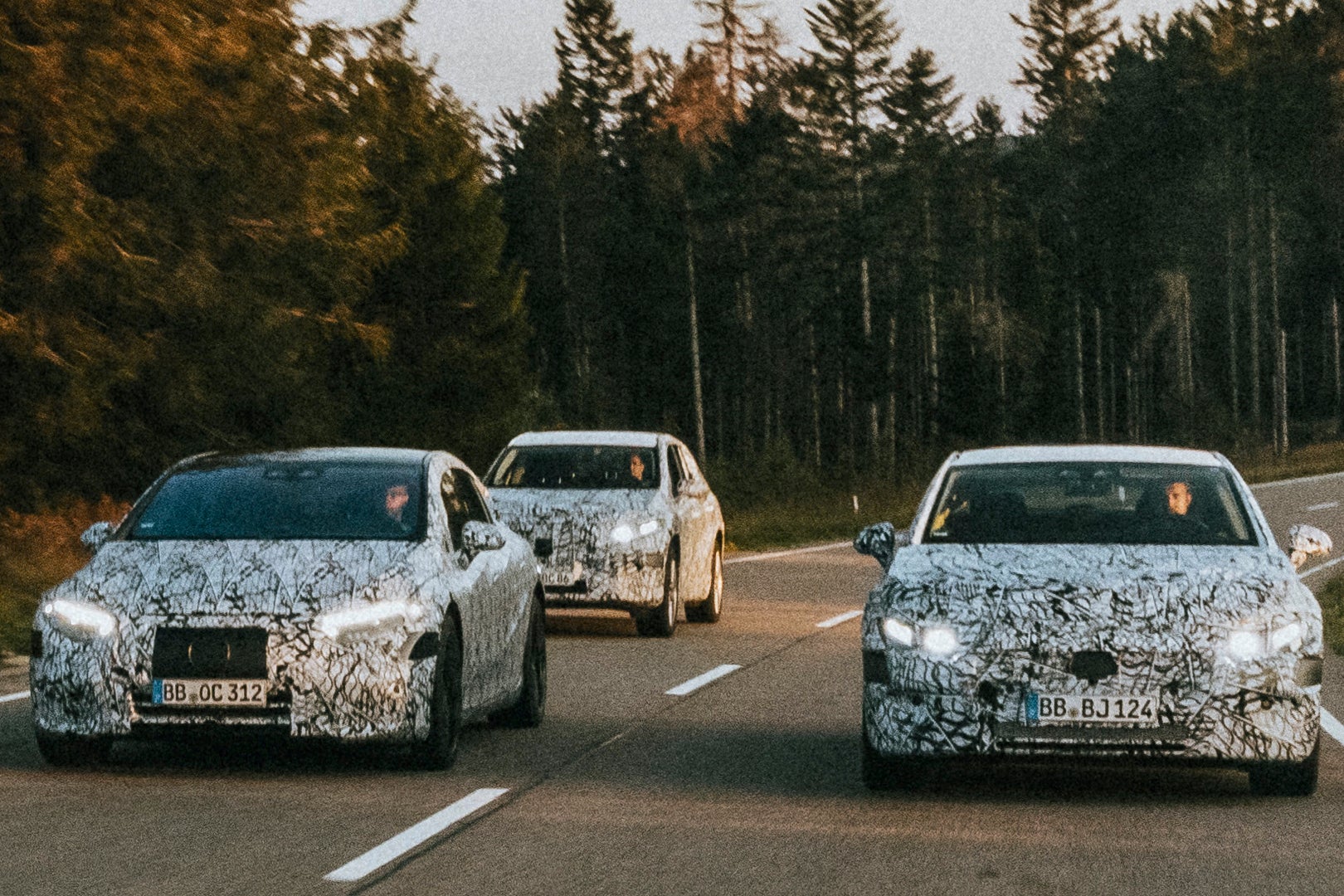 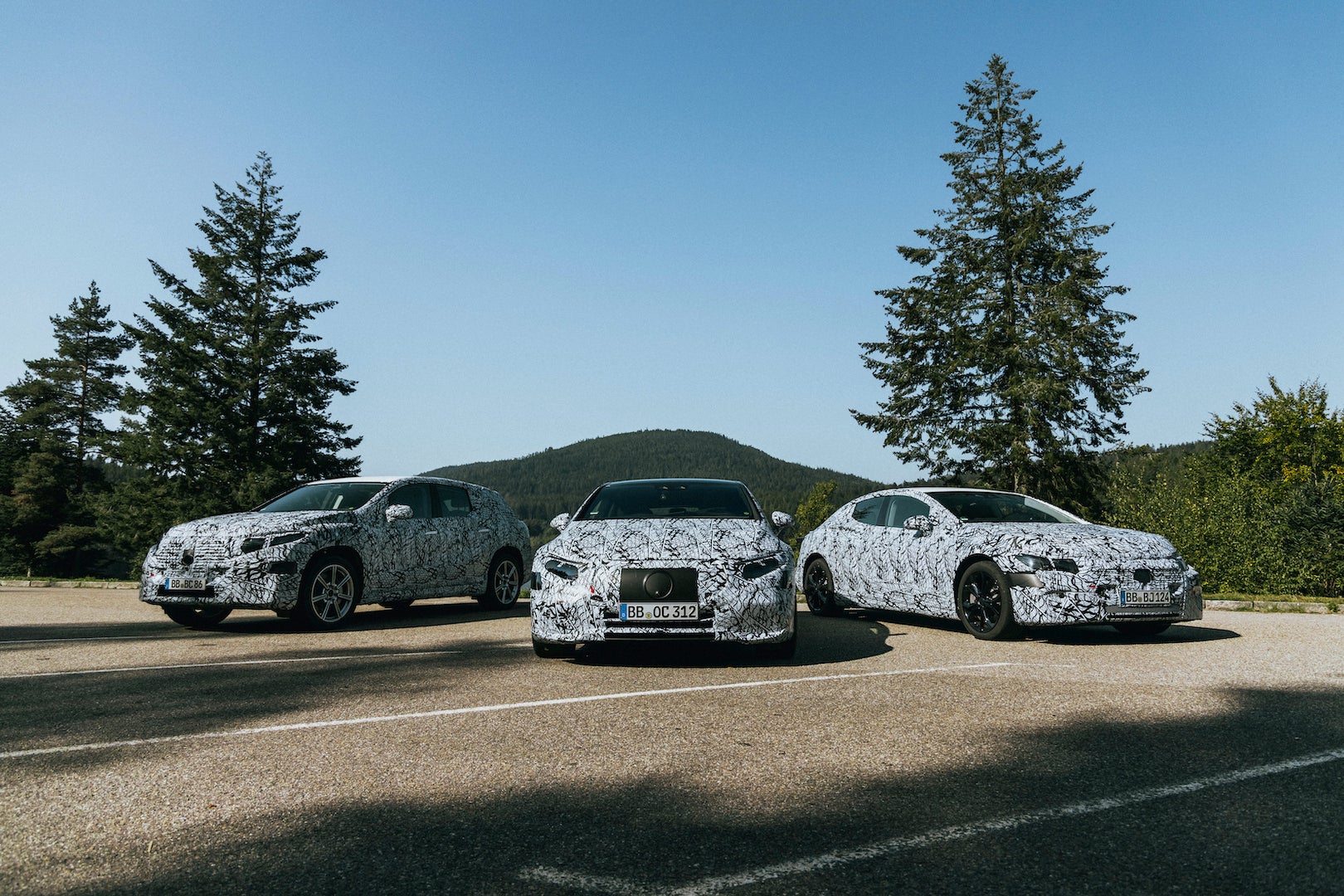 Save for perhaps that electric G-Wagen, all these new EVs will share Mercedes’ new modular EV platform called “EVA,” which will be followed up by a specialized, compact-to-midsize “MMA” architecture in 2025. Daimler hopes vehicles built from these two platforms can combine with an onslaught of hybrids to account for more than half its sales by 2030, allowing it to cut its internal combustion portfolio by 70 percent. This too will mean the retirement of the manual transmission, though given how well electric cars can approximate their experience (through the accelerator, anyway), we won’t be wanting for engaging driving experiences.