We all knew it was coming—the day Ford would sell more of an electric car than it would its iconic Mustang. That day is here, and it’s all the more painful for those who are V8 diehards. The reason why, exactly, is because the EV in question is the one that inherited the Mustang’s name: the Mach-E.

First confirmed in Ford’s June sales report Friday morning, then observed by Automotive News’ Michael Martinez on Twitter, the 2021 Ford Mustang Mach-E outsold its pony car namesake last month, moving 2,465 units to the normal Mustang’s 2,240. The combustion-engined model, however, still leads the Mach-E in total sales this year, having managed 31,950 to the EV’s 12,975 in 2021. 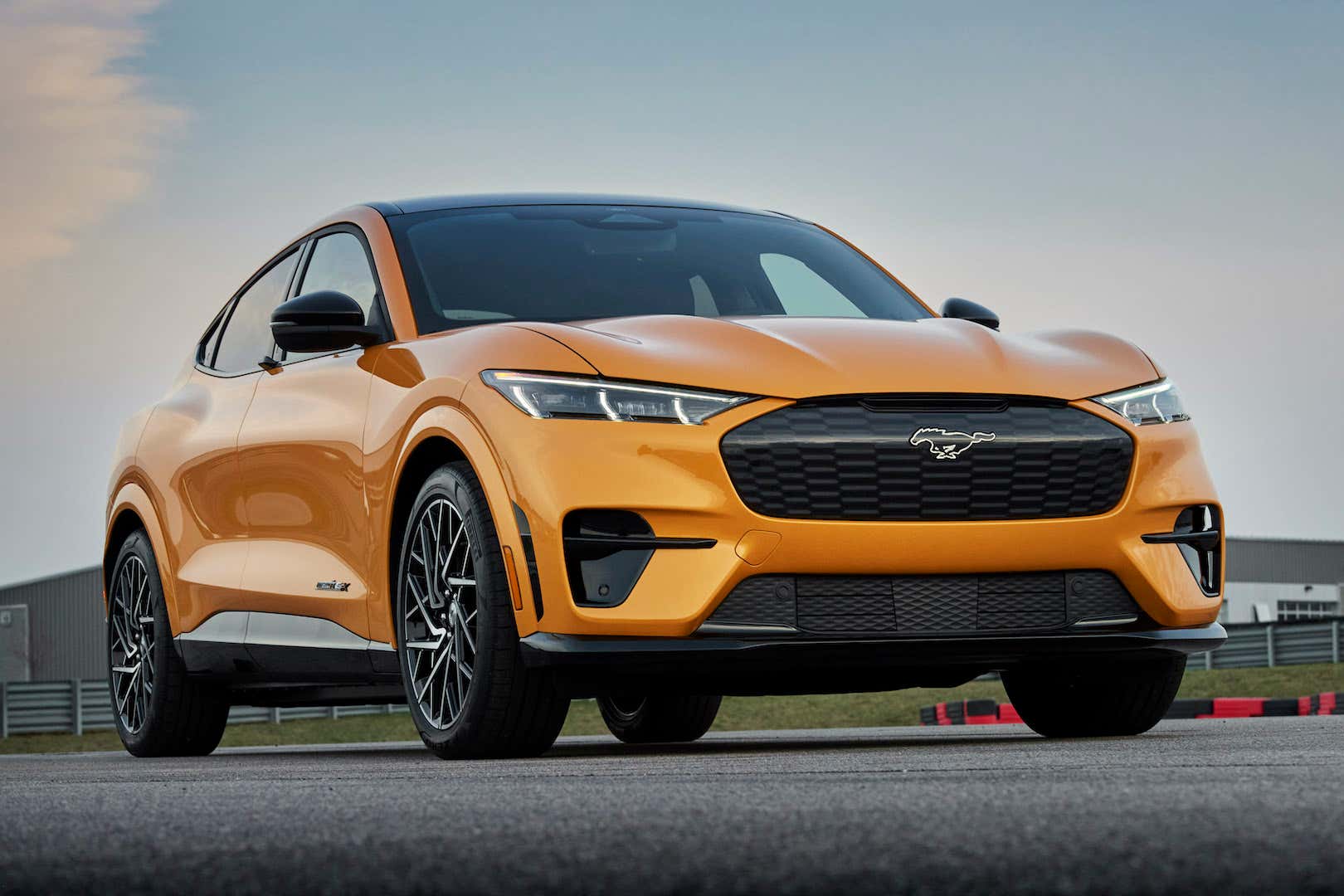 If Ford’s manufacturing trends are anything to go by, though, June may still mark a turning point for cars badged as Mustangs. As of early June, Ford had manufactured 26,089 of the S550 Mustang to 27,816 of the Mach-E crossovers this year, as reported by Bloomberg. Mach-Es regularly challenge for the title of fastest-selling cars in America, in April spending an average of four days on dealer lots before being sold. They moved more slowly in June, hanging around an average of 11 days, though that would still make them among the five quickest-selling new cars by iSeeCars‘ count of May’s speediest sellers.

Ford did not disclose the 2021 Mustang’s average time to sell, and we have reached out to source this statistic.

Though the Mach-E’s rise is surely worrying to those who fear the V8 Mustang’s end is near, they have little reason to fret. Rumors so far strongly indicate another generation of Mustang, apparently codenamed “S650,” will debut in 2022 on the platform used by the Explorer, and stick around until 2030. The Mach-E may take the Mustang’s face and its name, but in doing so, it’s having an effect on Ford’s CAFE ratings that just might give the historic pony car room to breathe.