All Donkevoort are a bit mad, but some of them are even madder than others… 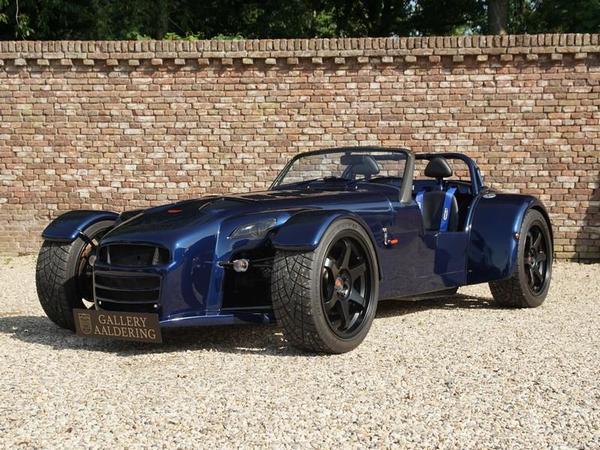 Once upon a time Colin Chapman created the Lotus Seven, and it was good. So good in fact, that despite production ending in 1973, it’s still manufactured today. Not in its original guise, of course; no, the Seven’s survival is a Darwinian tale of adaptation and evolution, with only those iterations that were fittest for purpose making it to the present day.

There’s only one true heir to the Seven throne, of course, Caterham having bought the rights to the model directly from Lotus itself, but there have been dozens of heavily-inspired imitations from manufacturers around the globe over the years. India’s Chinkara Roadster, South Africa’s Birkin S3, Australia’s Lucalia Clubman and the United States’ Brunton Stalker have all shown how the Seven can adapt to survive in motoring ecosystems the world over – in the Stalker’s case by cramming a supercharged V6 into its nose. In the Netherlands, meanwhile, the land of red light districts, thumping techno and M.C. Escher, it became this: the Donkervoort D8. 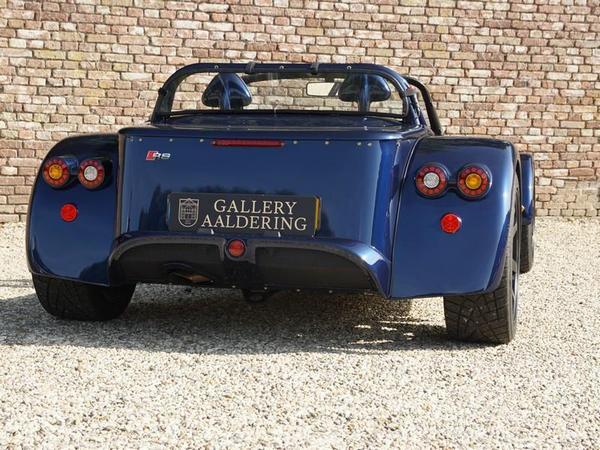 The Donkervoort story began in 1965 when a 16-year old Joop Donkervoort first laid eyes on a Lotus Seven. It was the best thing he’d ever seen in his entire life (we assume) but, unfortunately for young Joop, the Seven didn’t comply with Dutch road regulations, meaning the only way he’d be able to own one was to build it himself. So he did.

It took him a while to get around to it, of course, but by 1978 his S7 was finally ready, and Donkervoort Automobielen was born. The company’s product took many forms over the years, in 1986 it introduced turbocharging for the first time, while in 1999 it made the switch from Ford to Audi power, but it was the launch of the D8 that truly set the marque apart from its Seven-based siblings. And today’s Spotted is one of the most extreme examples of that car.

Dubbed the D8 270 RS, it was built in 2006 to celebrate Donkervoort’s Nurburgring lap record the previous year. It’s time of 7 minutes 14.9 seconds was the fastest a production car had ever conquered the circuit, smashing benchmarks set by more established, and expensive competitors – it beat the Porsche Carrera GT’s time by 14 seconds! 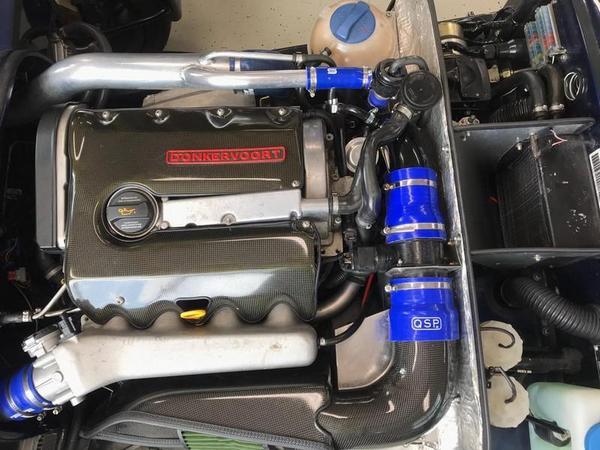 Just 25 examples were made, with this one being seemingly unique amongst them thanks to its extensive list of modifications. As a 38,000-mile car, it’s tweaks have understandably erred on the side of usability, with a 2010 rebuild by Donkervoort itself seeing the addition of programmable traction control, uprated brakes, a larger intercooler and fully adjustable WP dampers. That hasn’t made it any less of a track terror, though, those mods going hand in hand with a GT4 factory update including a new exhaust and sports cat, a racing fire extinguisher, a Momo racing wheel, shift lights and a lap-timer module.

This former Nurburgring record holder may not leave hypercars in its dust any longer, then, but with a power to weight ratio of 455hp per ton and a sub 4.0-second 0-60 time it has more than enough performance to back up its aggressive aesthetic. There have been many worthy evolutions of Colin Chapman’s original creation down the years, but if it’s the most extreme branch of the family tree you’re after, then look no further than the Seven’s Dutch descendent.