Three members of a mining maintenance crew are lucky to be alive after their Suzuki SUV was nearly flattened by the driver of a mining haul truck who didn’t see where the vehicle was parked.

The incident occurred in a quarry outside Karaganda, Kazakhstan to a trio who drove their Suzuki (believed to be an Escudo) into the quarry to fix an air conditioning unit, reports Tengrinews. It’s unclear whether they completed their task before the haul truck’s driver set off, failed to notice the parked SUV, and drove over the smaller vehicle as its occupants shouted to make their presence known. Because the Suzuki’s dash cam was running at the time, we have footage of the mortifying moment from its passengers’ perspective. 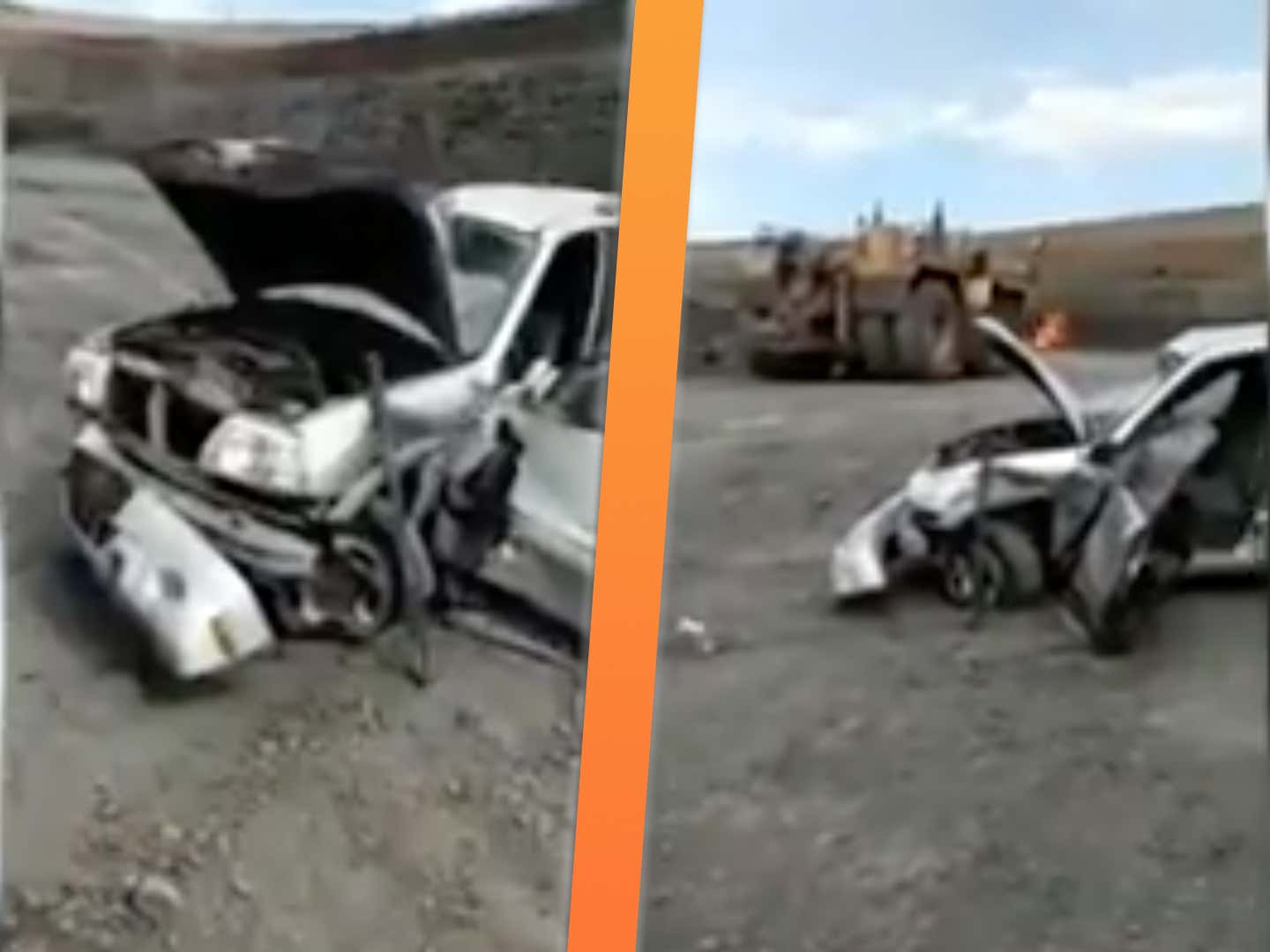 Suzuki SUV crushed by a mining truck in Kazakhstan

Fortunately, the men inside the vehicle reportedly all escaped injury, which is better than can be said of their mangled vehicle. As of Wednesday, local authorities were still investigating the incident.

According to comments from quarry workers on Reddit, accidents such as these are typically prevented by strict safety precautions, first among which is to assume a truck this large with blind spots the size of Georgia can’t see you. Even if it’s a modern haul truck with a 360-degree camera (or one retrofitted), vehicles like these should be given the right of way at all times.

Ideally, passenger vehicles and super heavy-duty trucks like these won’t even cross paths at all, which can be facilitated by radio use or, fail that, tall pole flags to increase light vehicles’ visibility.

Designated parking zones also keep stationary vehicles outside harm’s way, though such areas were either not established or not used by the driver of the Suzuki in this instance. Losing their personal vehicle (or having to answer for wrecked company property) will no doubt be a costly lesson for the Suzuki’s driver, though they’ll certainly be glad they survived to learn it.