As soon as Ford opened the reservation site for the new Bronco, Ohio father of four Ross Musick placed his bet. He had been eagerly anticipating the launch ever since the first hints of the reemergence of the legendary SUV and was ready to trade in his trusty 2013 Ford Flex with 188,000 miles on it.

About six months ago, he started wondering if the Bronco could truly live up to the hype that had been building for so long. And then it arrived at his door in all of its Cactus Gray glory with a carbonized roof, wheels, and grille. This lifetime Ford fan–his very first car was a “boring” white 1996 Contour–is ecstatic. The Bronco even brought a few surprises along. 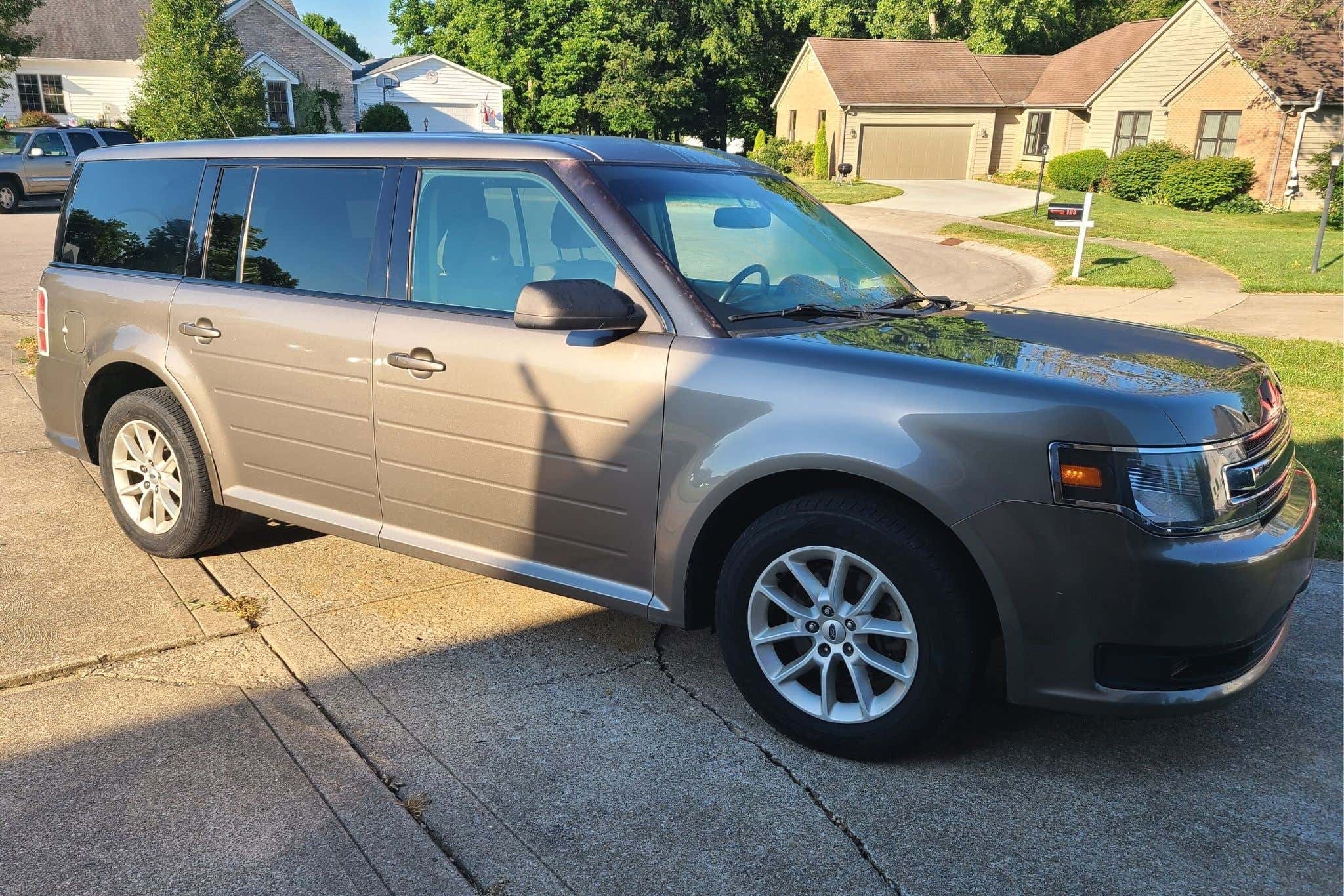 It’s only the second brand-new car Musick has ever purchased for himself, and he chose the Big Bend trim to fit his budget and needs. He says he’s satisfied with the base turbocharged 2.3-liter EcoBoost inline-four engine because he’s familiar with it; he used to have a Ford Ranger and figured it was “fast enough.”

Musick (who is, befitting his name, a musician) racked up the miles on the Flex with trips to Florida to see his parents and has a busy family life packed with baseball tournaments and other activities. Three weeks ago, the flex pipe connector rusted through but it didn’t require any major repairs in the years the Musicks owned it. 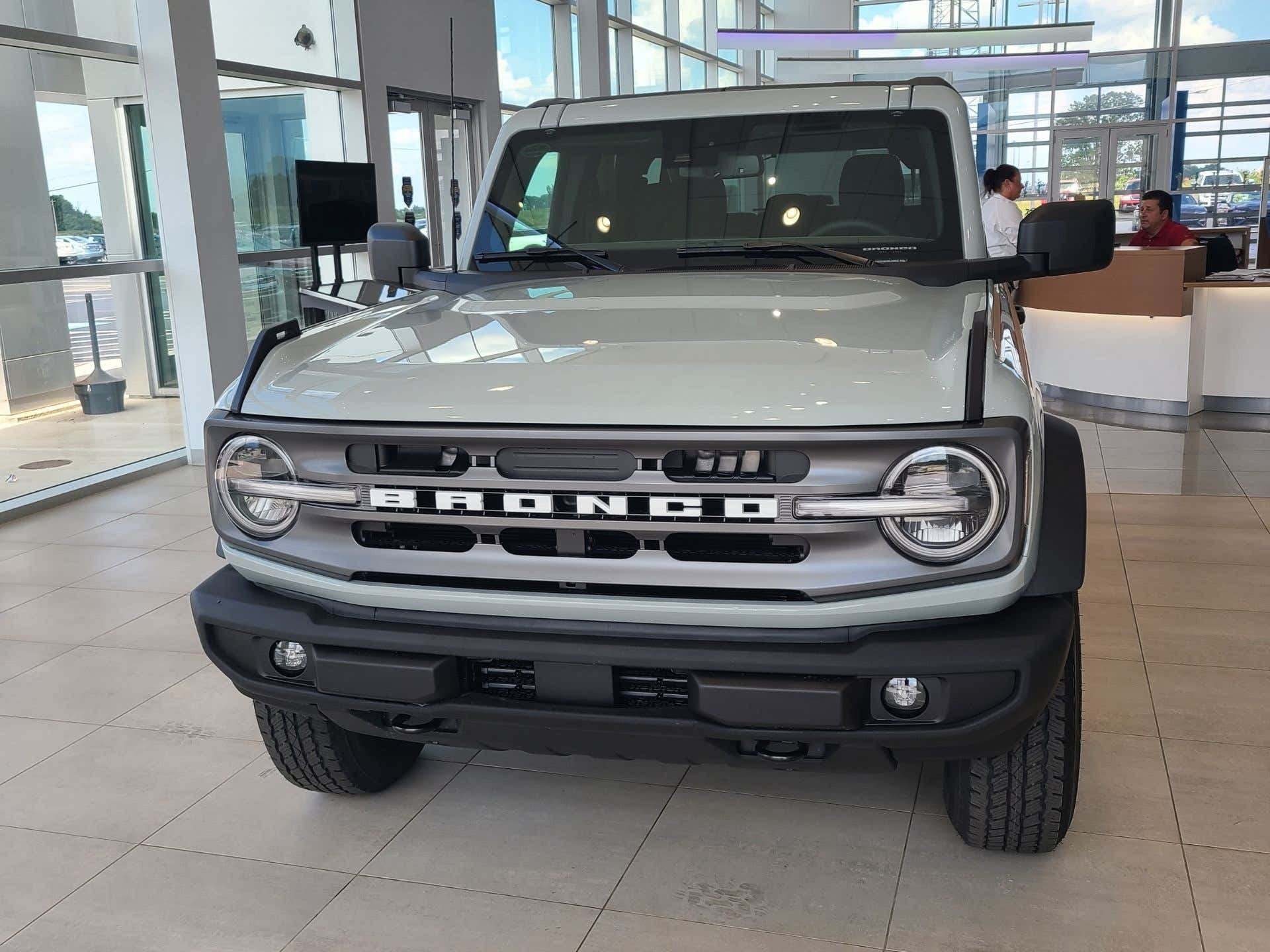 His kids started calling the Flex the “Musick box” both for their name and because their dad teaches percussion lessons as a side hustle. He also used the Flex to cart his own drum kit with him to gigs with his Western rock band Betty Bangs.

“Love it or hate the looks, the Flex was the best road trip car,” Musick told me on the phone.

Along with the Flex, Musick has owned Explorers, Mustangs, Fusions, and other Ford models, never cheating on the Blue Oval. His wife got a new three-row Explorer, because they needed one vehicle to carry the whole brood (four kids and two adults) and the Bronco is for times when it’s just a portion of the family. 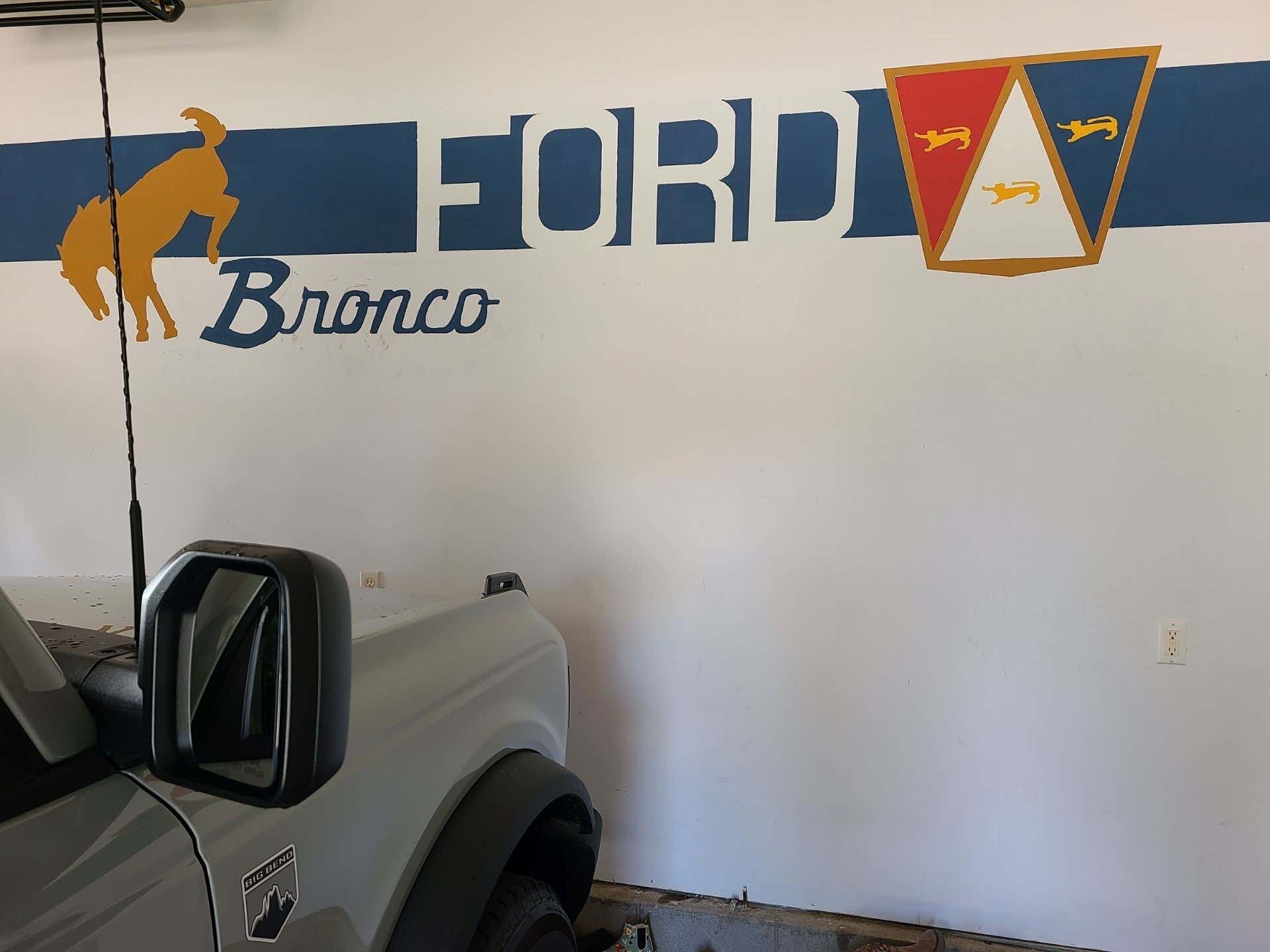 I asked him about the on-road manners, because I know from the media drive that it’s very capable off-road. Our own Kristen Lee was there with me and covered her impressions in the full review.

“On road, even at speed, it really surprised me,” Musick says. “This thing tracks so well at highway speed and it’s easy to drive. I’m used to compensating for the wind and body roll with the Flex; it’s about learning when to pull your foot up a little in the turn and the Bronco feels just as well controlled.”

Musick is especially smitten with the looks of his Cactus Gray four-door Bronco with a black and dark space gray interior. The first question people ask him in parking lots is “What is that?” and the second question is “What do you call that color?” Musick remembers when he was a kid, he was always trying to talk his dad into buying a ’66 or ’67 Bronco into the aqua color and this reminds him of a more subdued version of that. 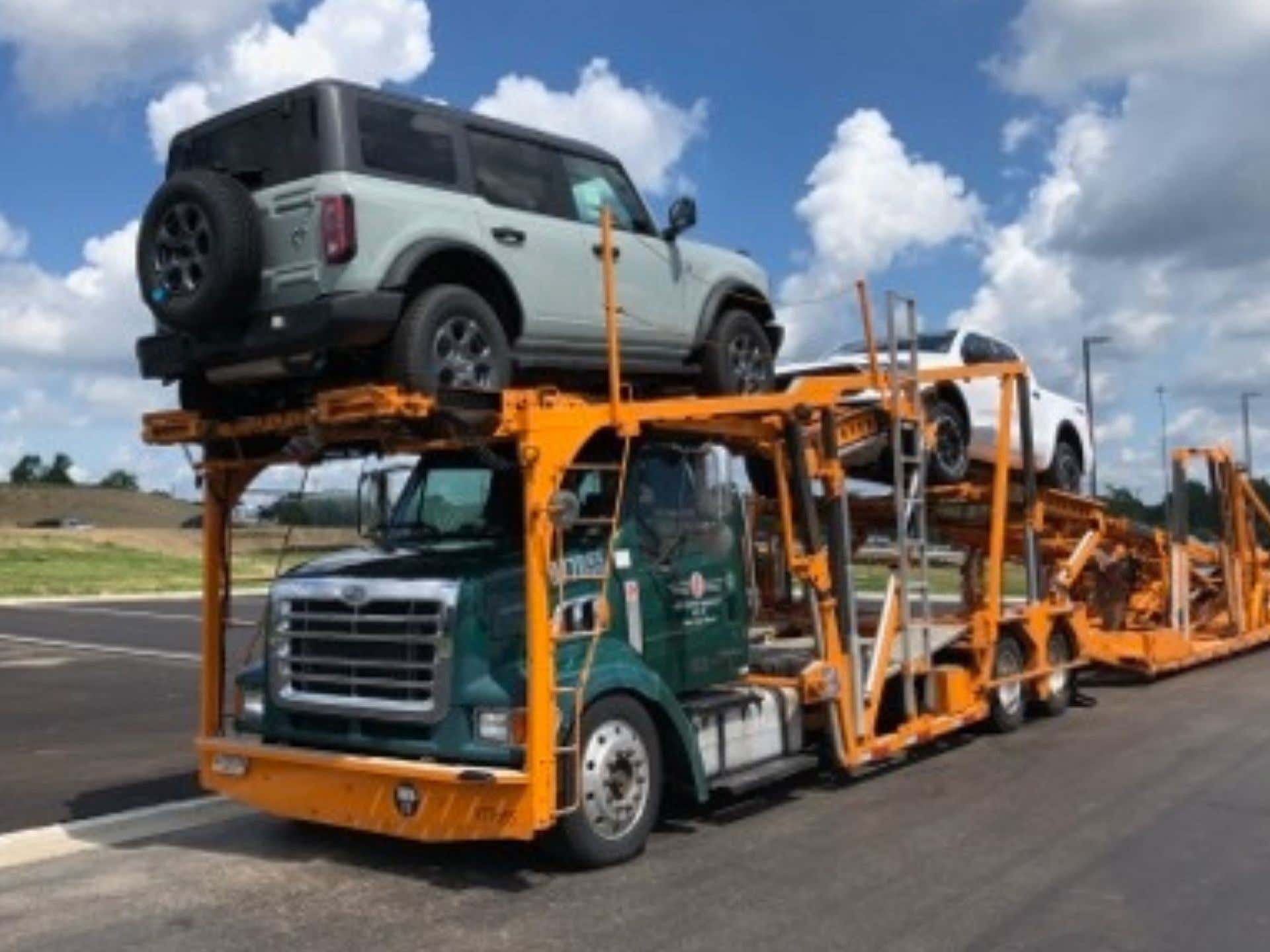 The Ohioan likes to pull off the hardtop and take the kids for a spin and he says he can remove the front and middle panels and stash them in the back, in their respective bags, in a few minutes. (Check out this tutorial on how to do it as quickly as he does.) He’s 6’1” and doesn’t have any trouble with the roof or stepping into the SUV; his wife is a foot shorter and appreciates the running boards and in-dash handle as a boost.

Tip for other parents: Musick says the car seat tethers are far enough apart that installing the seat was as easy as it was in the Flex. If you’ve ever wrestled with those things, which can cause a new parent to break a sweat, you’ll understand that’s a major consideration. For this family, the Bronco is living up to the buzz.