New York’s Museum of Modern Art announced the Automania exhibition on February 11, 2020, one month before the city would announce its stay at home orders and muddle our already complicated relationship with the automobile. I’ve lived in New York for over 10 years and besides a brief three-month period where I navigated my grandmother’s early 2000s Toyota Camry in endless loops around my Brooklyn neighborhood in order to avoid an alternate side parking ticket, I’ve never owned a car. I’ve never even lusted after one. When I got my license at 17, all I wanted was access. The price of an automobile seemed as absurd to me as the price of a house but, growing up in suburban New Jersey, it also seemed like every adult in my life had one of each. As aesthetic objects, I could see the grace of a well-designed frame or the reflective beauty of their metallic shells but I never loved the car crowd. The first Friday of the warmer months, car enthusiasts would line the typically empty Pep Boys parking lot in my hometown. They’d pop their hoods and sit on camper chairs, hands practically wringing, waiting for someone to ask them what’s inside of that thing. 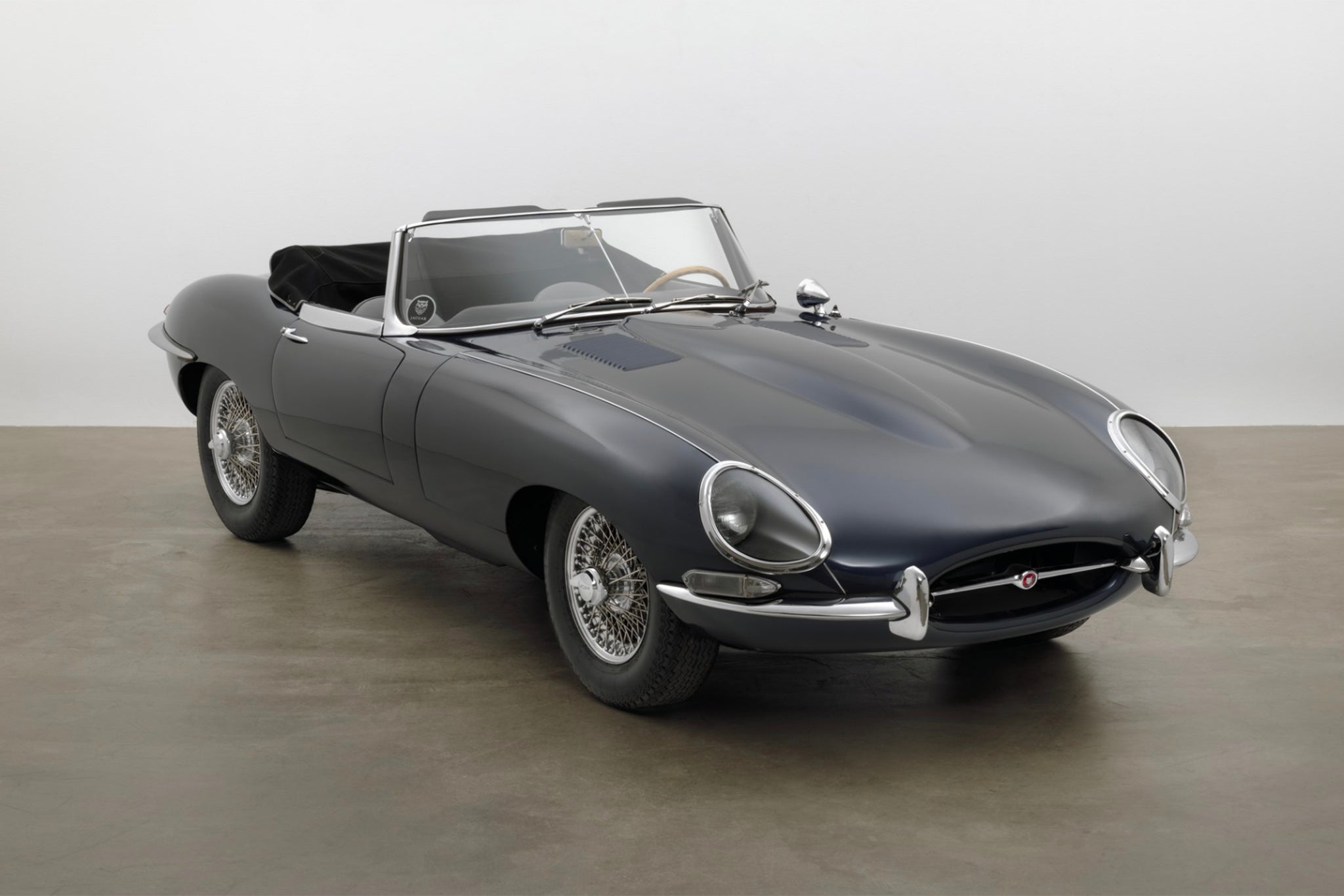 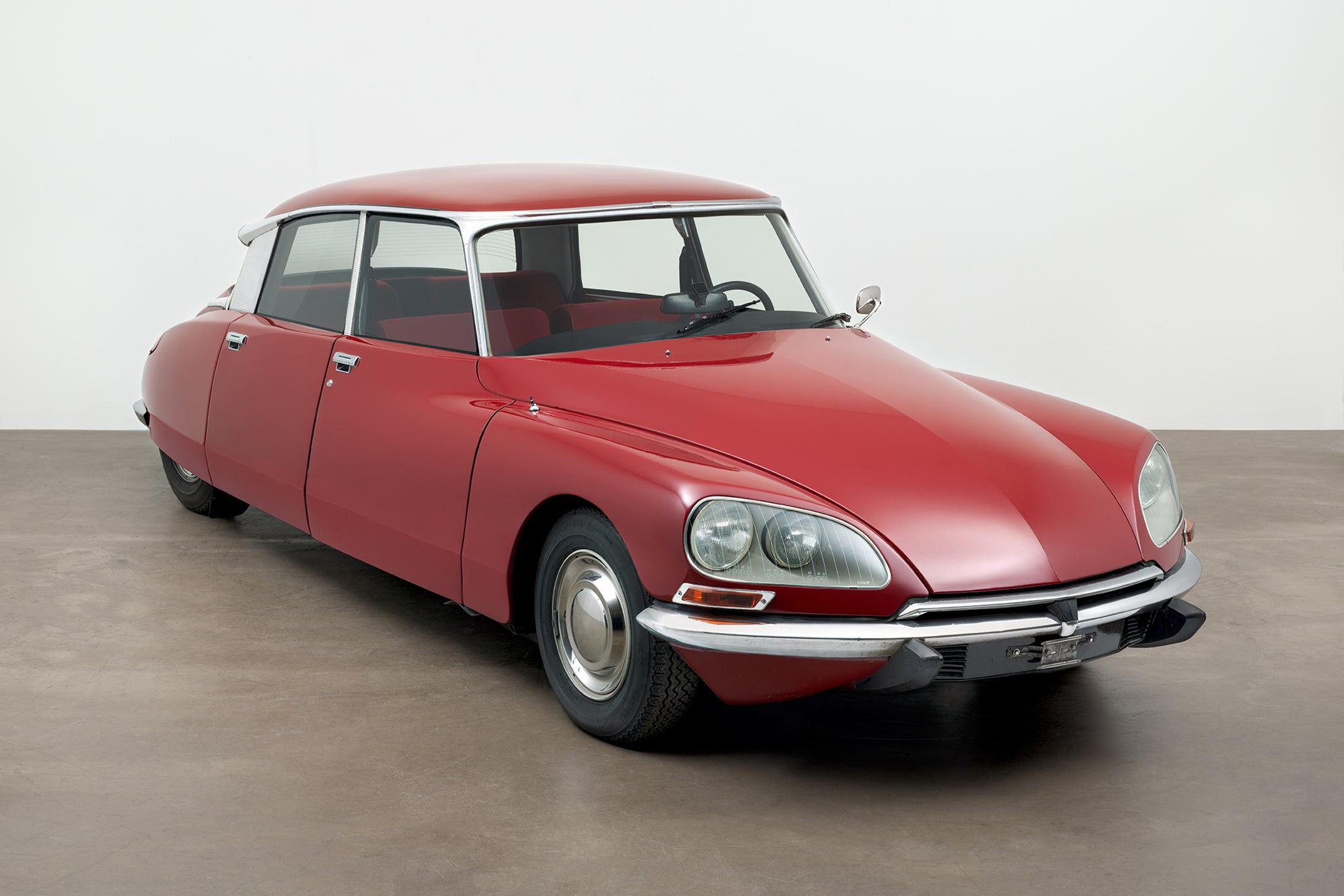 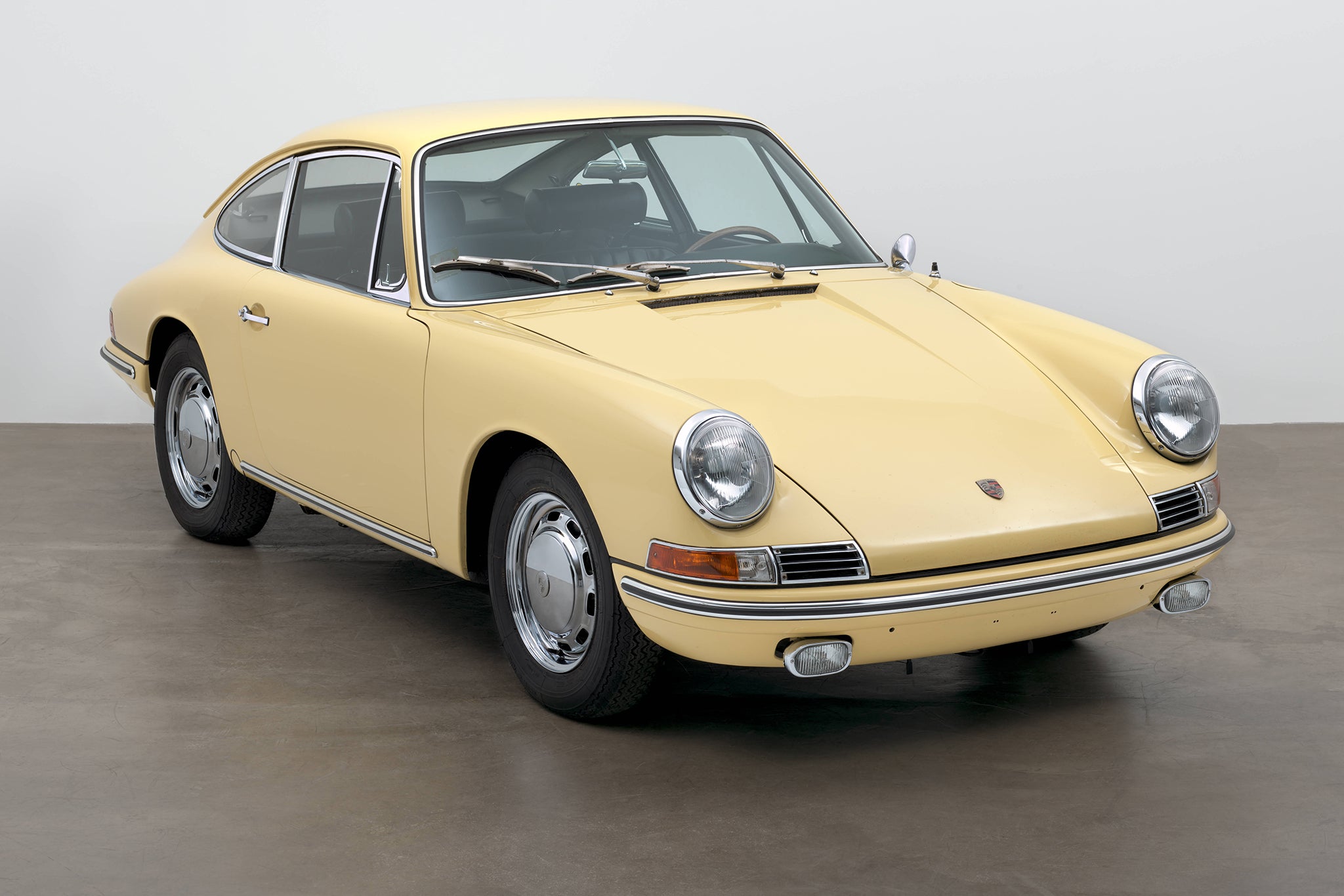 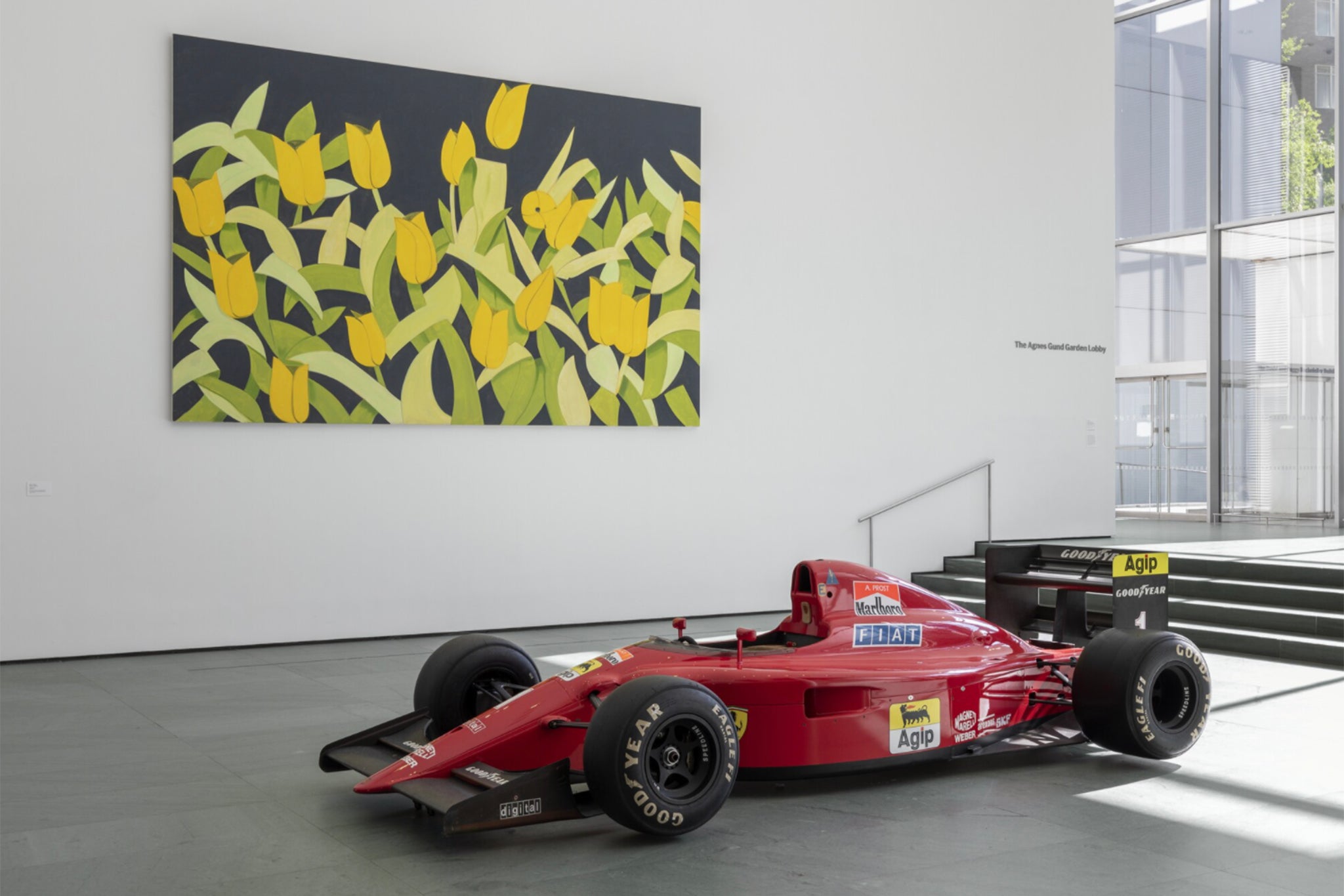 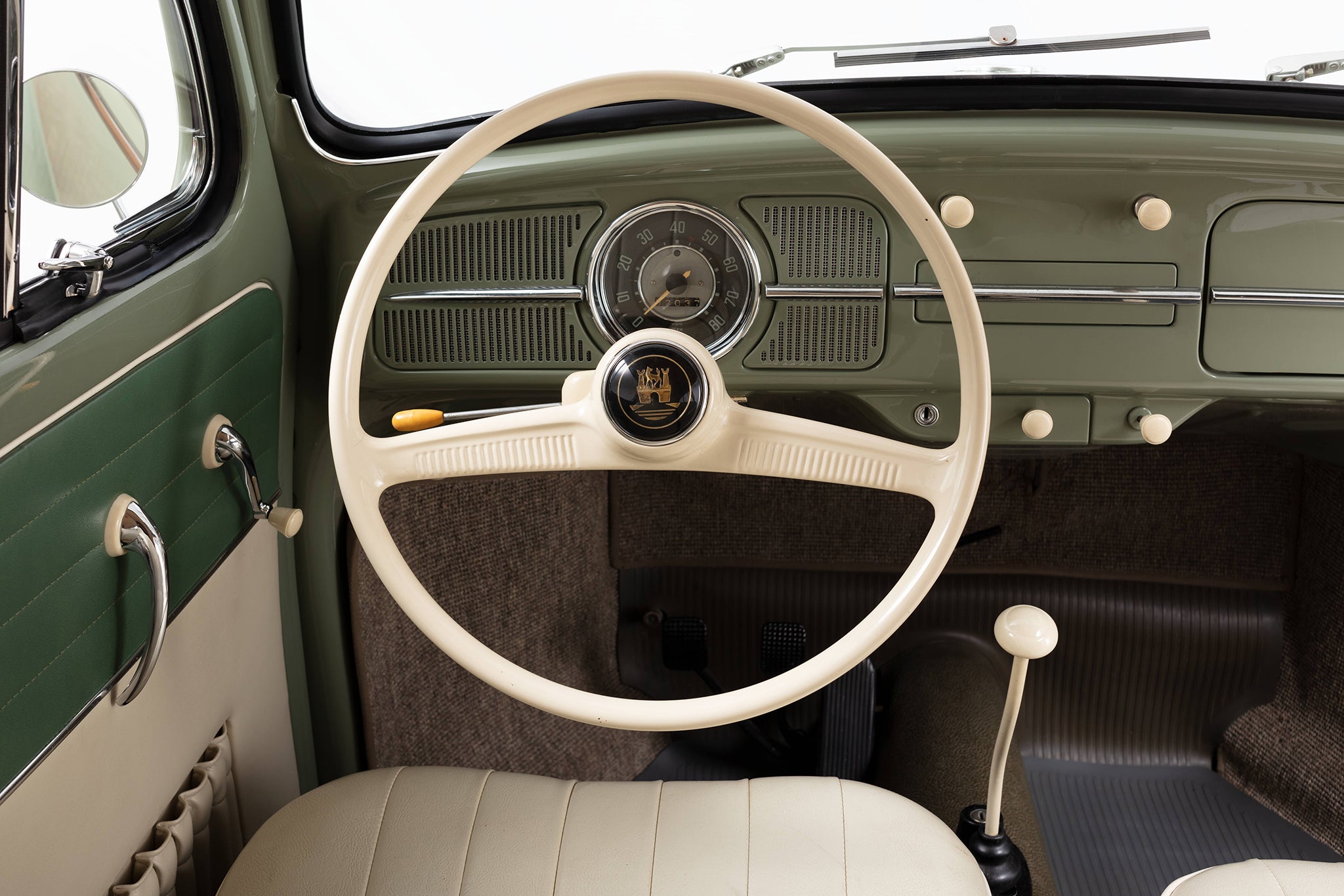 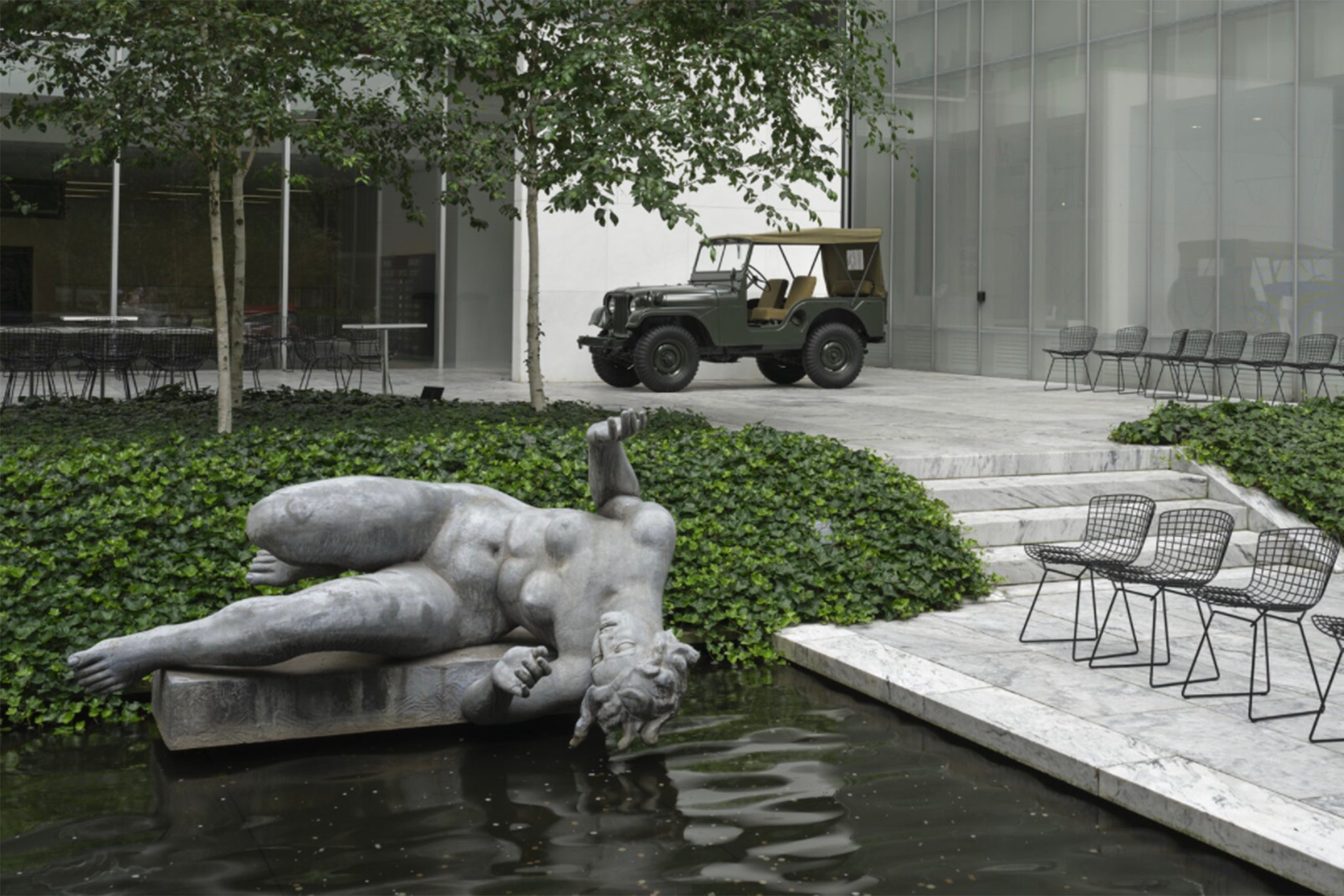 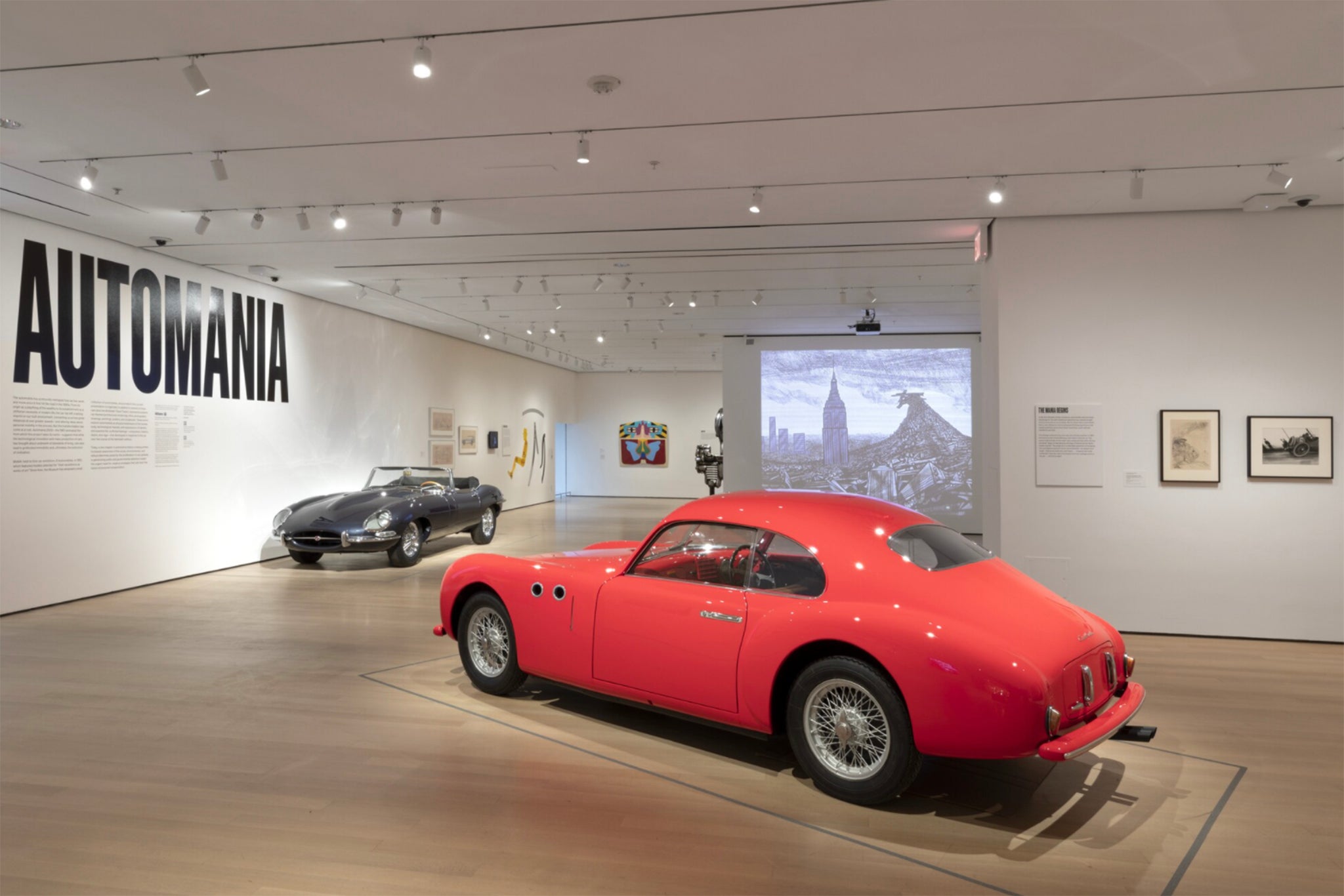 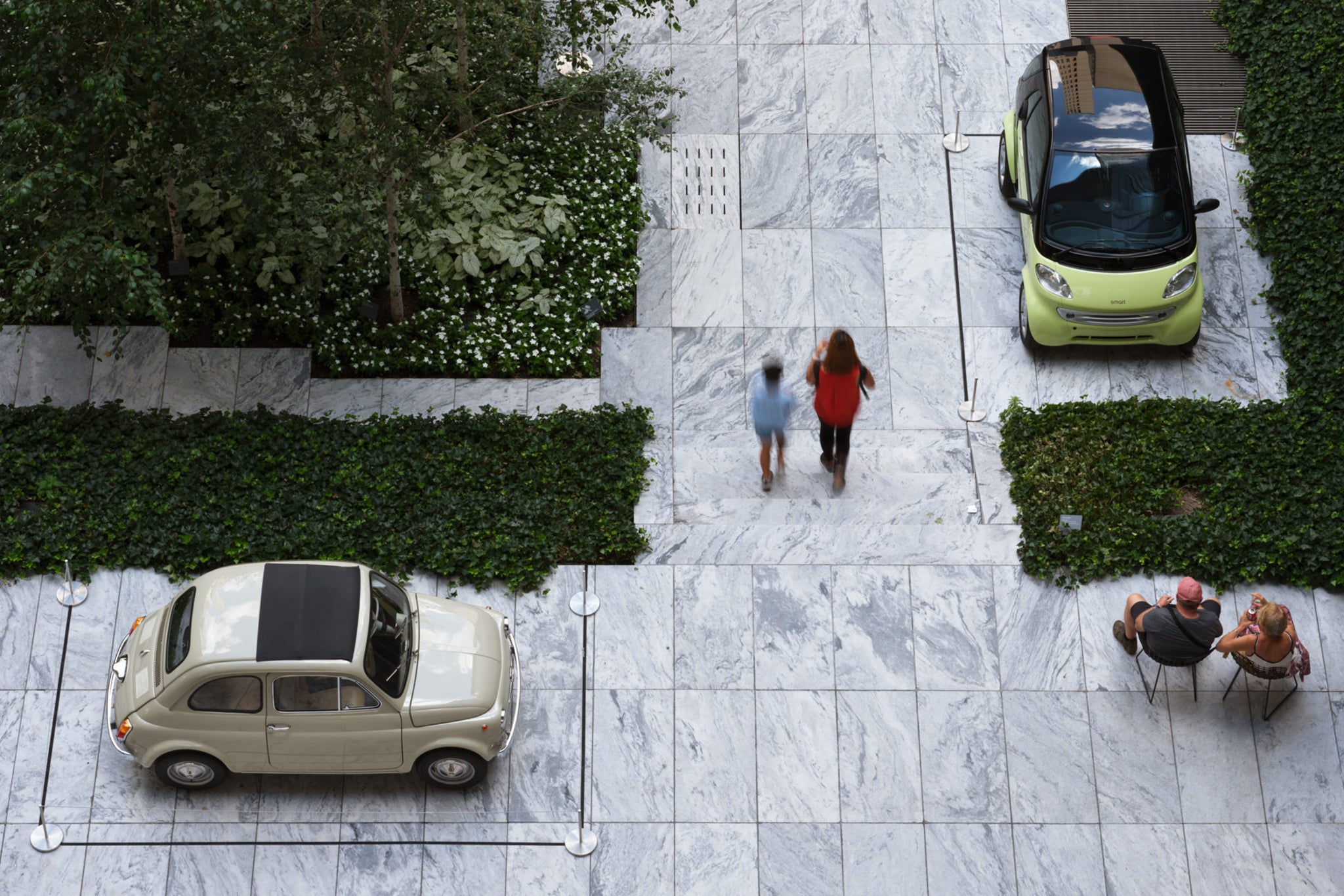 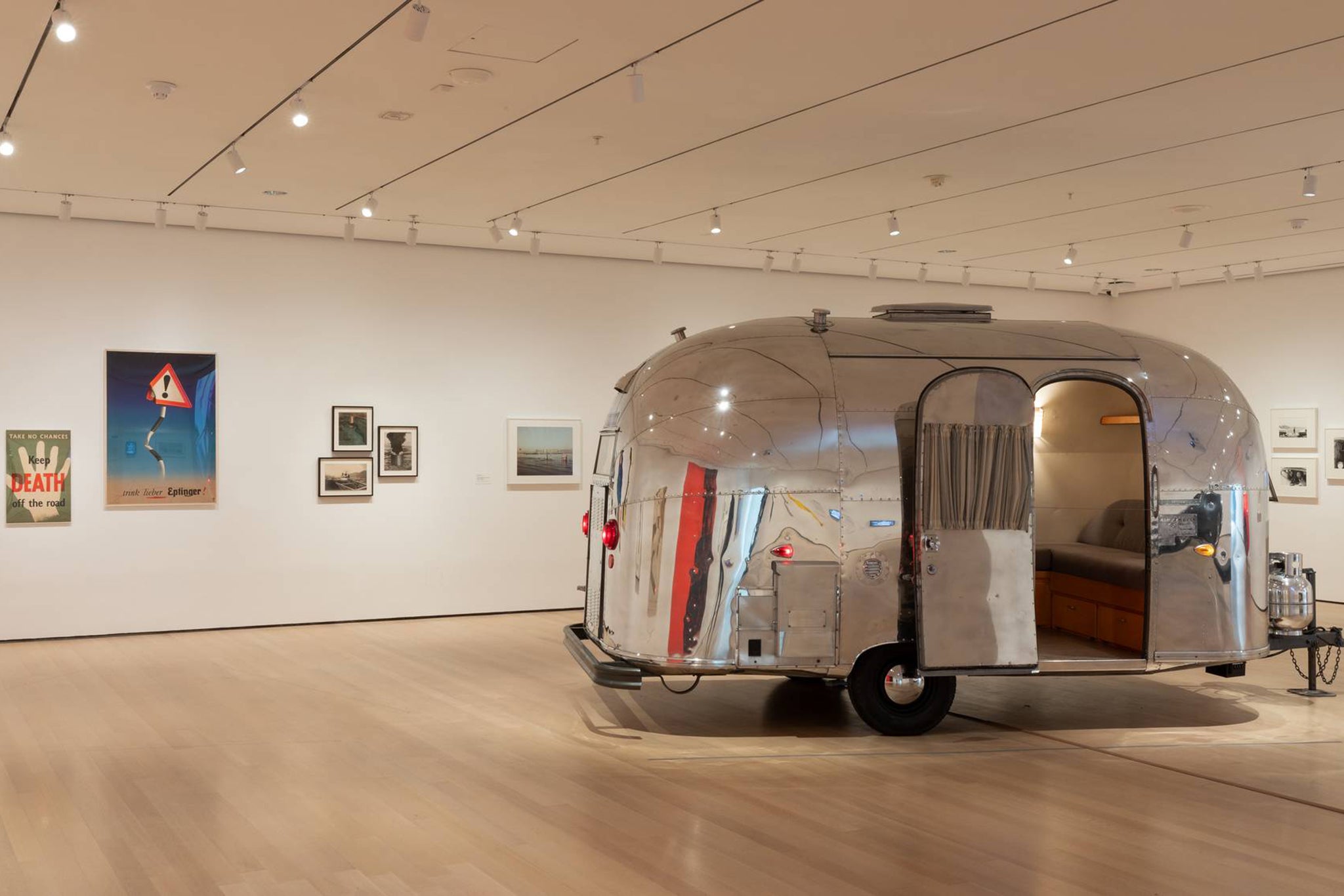 It’s a treat to see a 911 next to a giant Calder mobile, or an old VW across from a Picasso sculpture. The museum environment encourages contemplation, of course. Even if, like me, you’re terminally uncurious about cars, you notice the speedometer on the Volkswagen sedan is as beautiful as the dial of a Panerai watch, that the wire wheels on the Jaguar are more mesmerizing than a dreamcatcher, the glove compartment on a Cisitalia is as inviting as a cupboard in a country house, and the anthropomorphic curves of a Fiat 500 can instill a sense of empathy previously reserved for loved ones.

The press release for Automania borrows a quote from Roland Barthes’ 1957 collection of essays, Mythologies, in which he likens cars to “great Gothic cathedrals… the supreme creation of an era.” That piece focuses on the unveiling of a then-new Citroën DS which, in his words, was “conceived with passion by unknown artists, and consumed in image if not in usage by a whole population which appropriates them as a purely magical object.” Barthes is impressed by the conjunction of its parts which exhibit great beauty, technological achievement and the very idea of forward motion. The result can be just as otherworldly and awe-inspiring as Notre Dame, a clangorous monument to progress you can possess and control. Even today, a new and beautiful car is magic. I remember being driven in a 2020 McLaren 720S and being dumbfounded by the speed at which the engine reacted when the driver flicked the shift paddle. While these moments exist and remind us that a machine built by many passionate and anonymous experts can be genius—even magical—the daily experience of the automobile is much different. 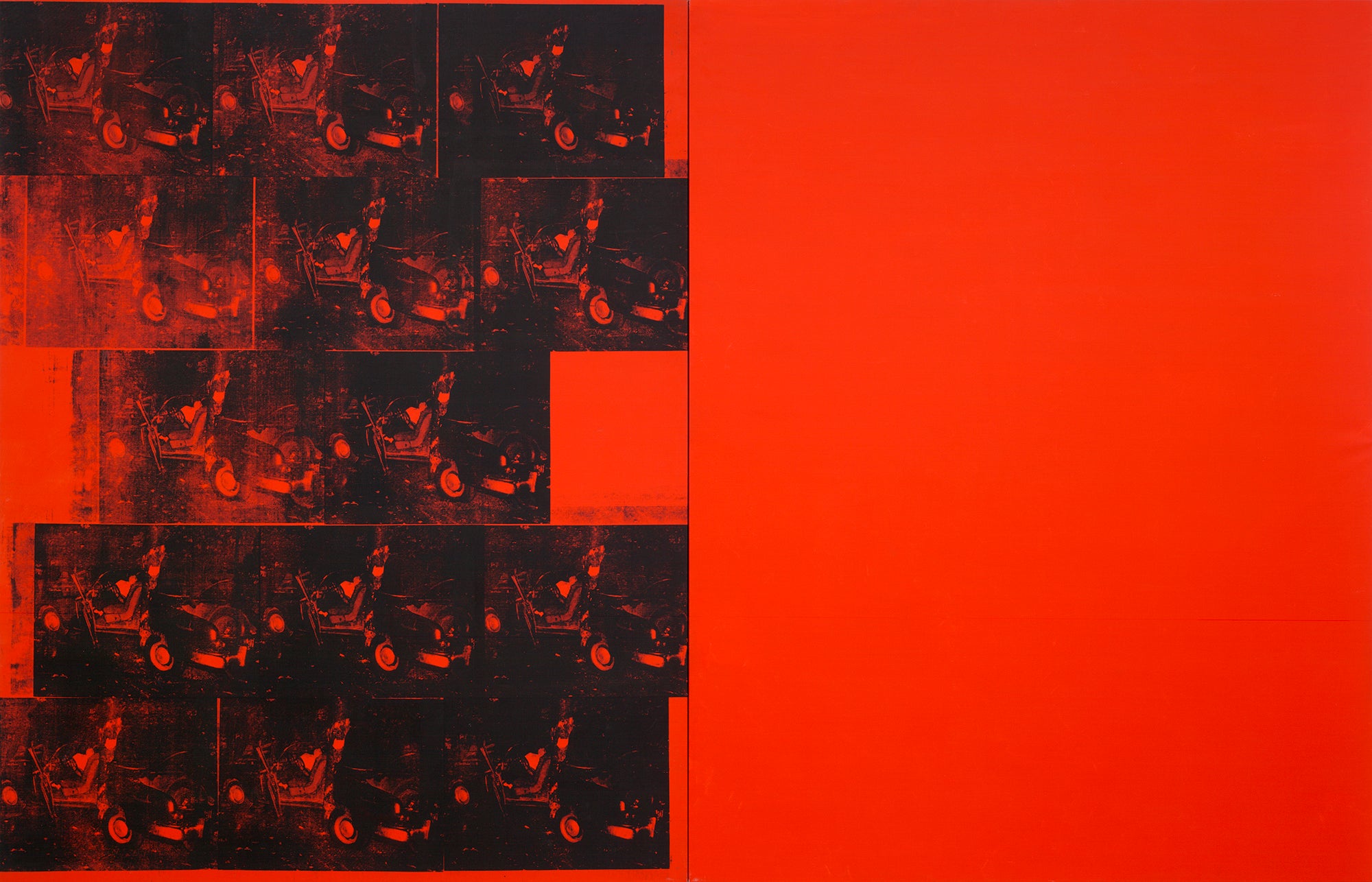 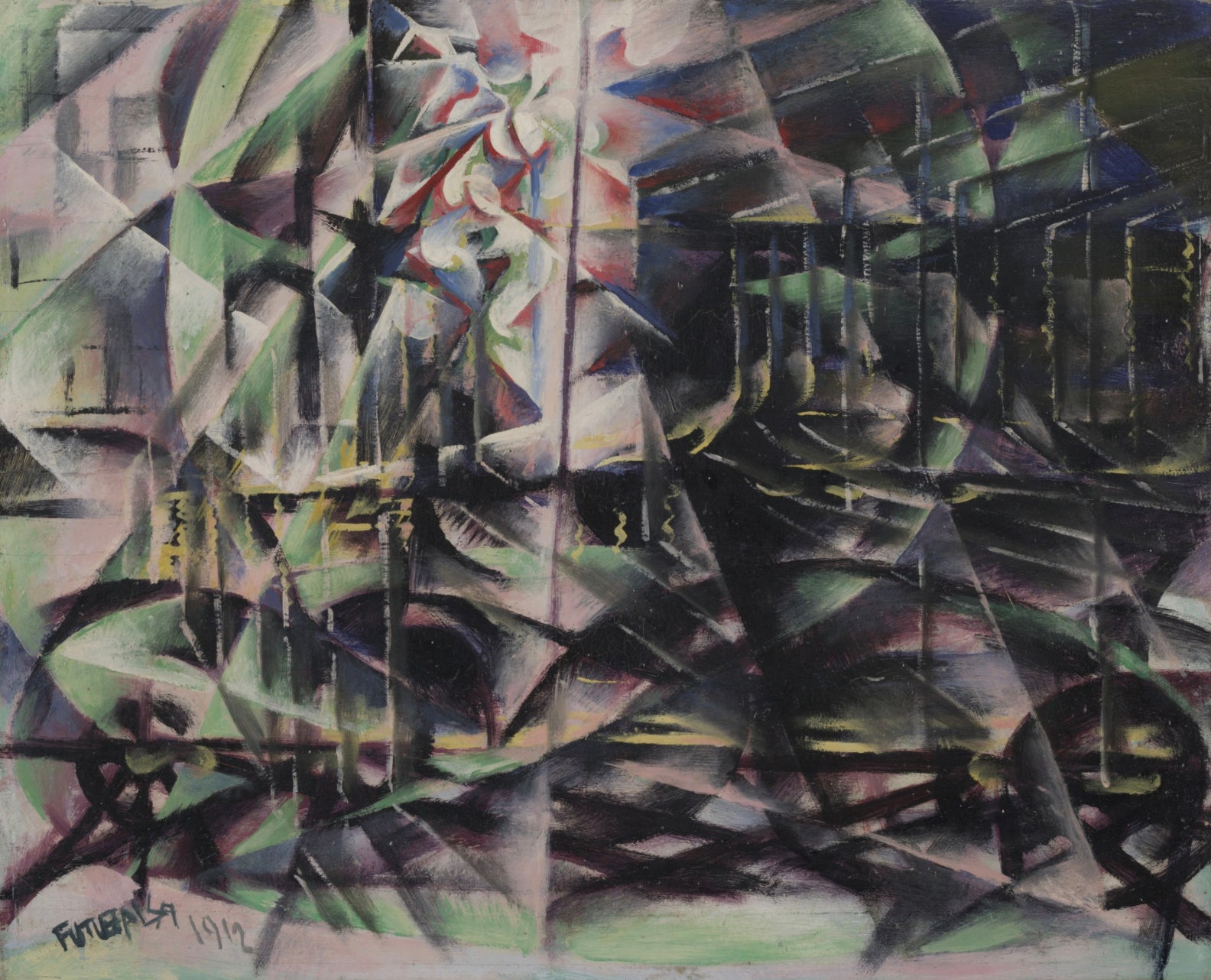 It’s clear the museum understands the appeal of the automobile as an object, but the art it favors in the exhibition, a mix of photography, sculpture, graphic design, collage and painting, is kind of a bummer. Andy Warhol’s Orange Car Crash Fourteen Times displays the trauma and spectacle of an accident. The photography, although affecting, concentrates solely on the lasting effect of automobiles on the environment. The only joyous celebration of the freedom of driving is Giacoma Balla’s painting Speeding Automobile. The work is a fragmented depiction of a car zooming by, practically leaving traces of itself, like a flip book cartoon that’s been turned into dazzling origami. 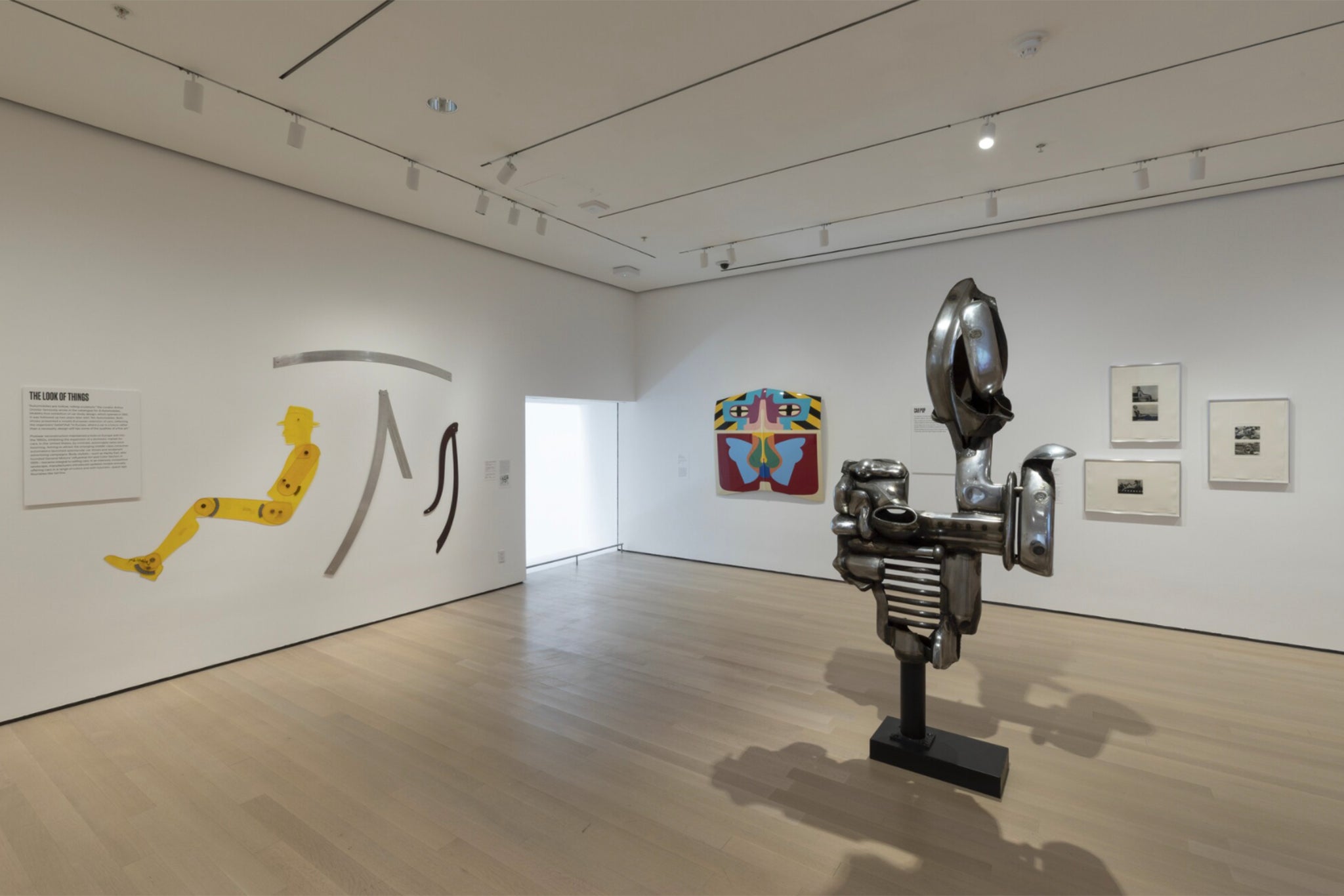 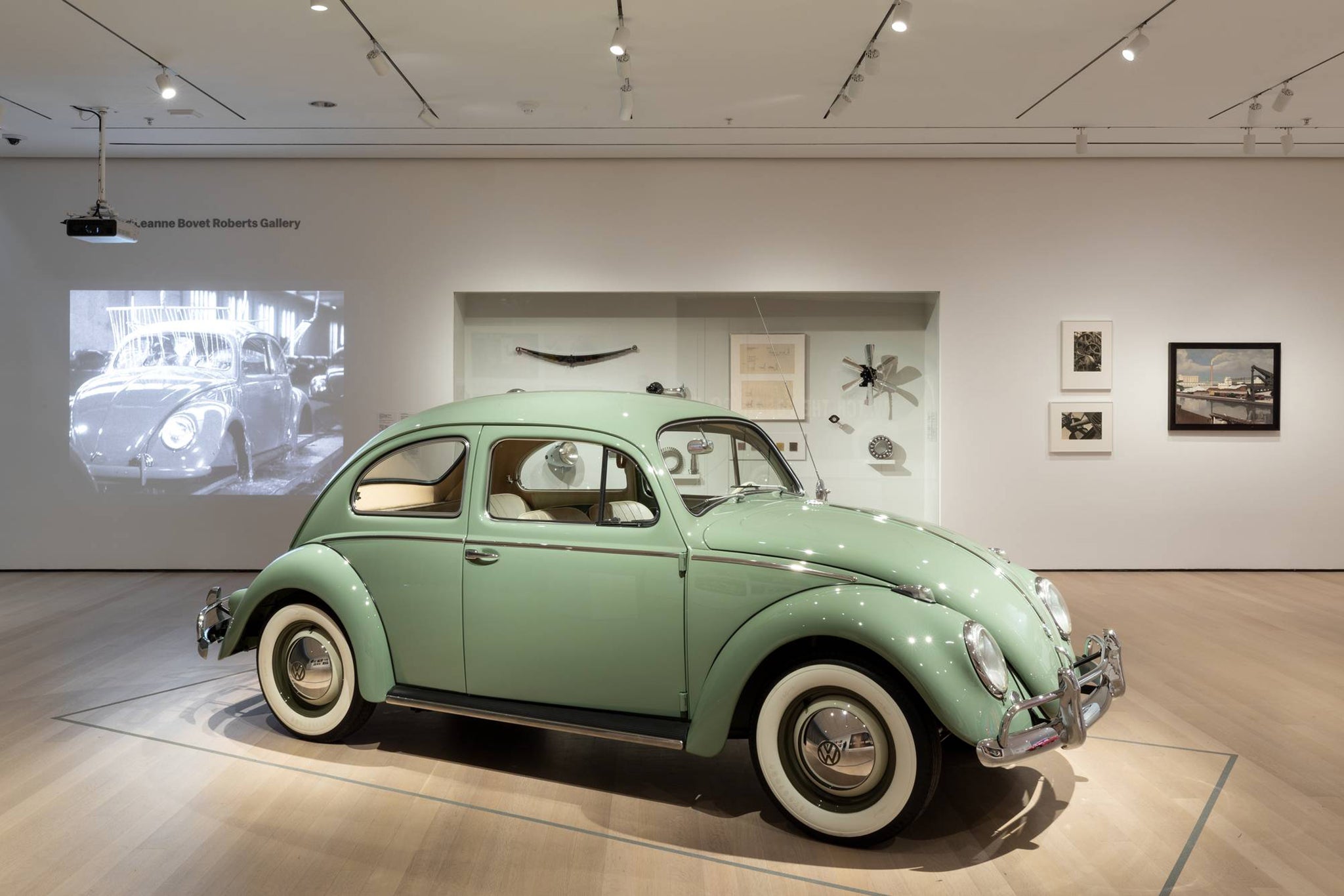 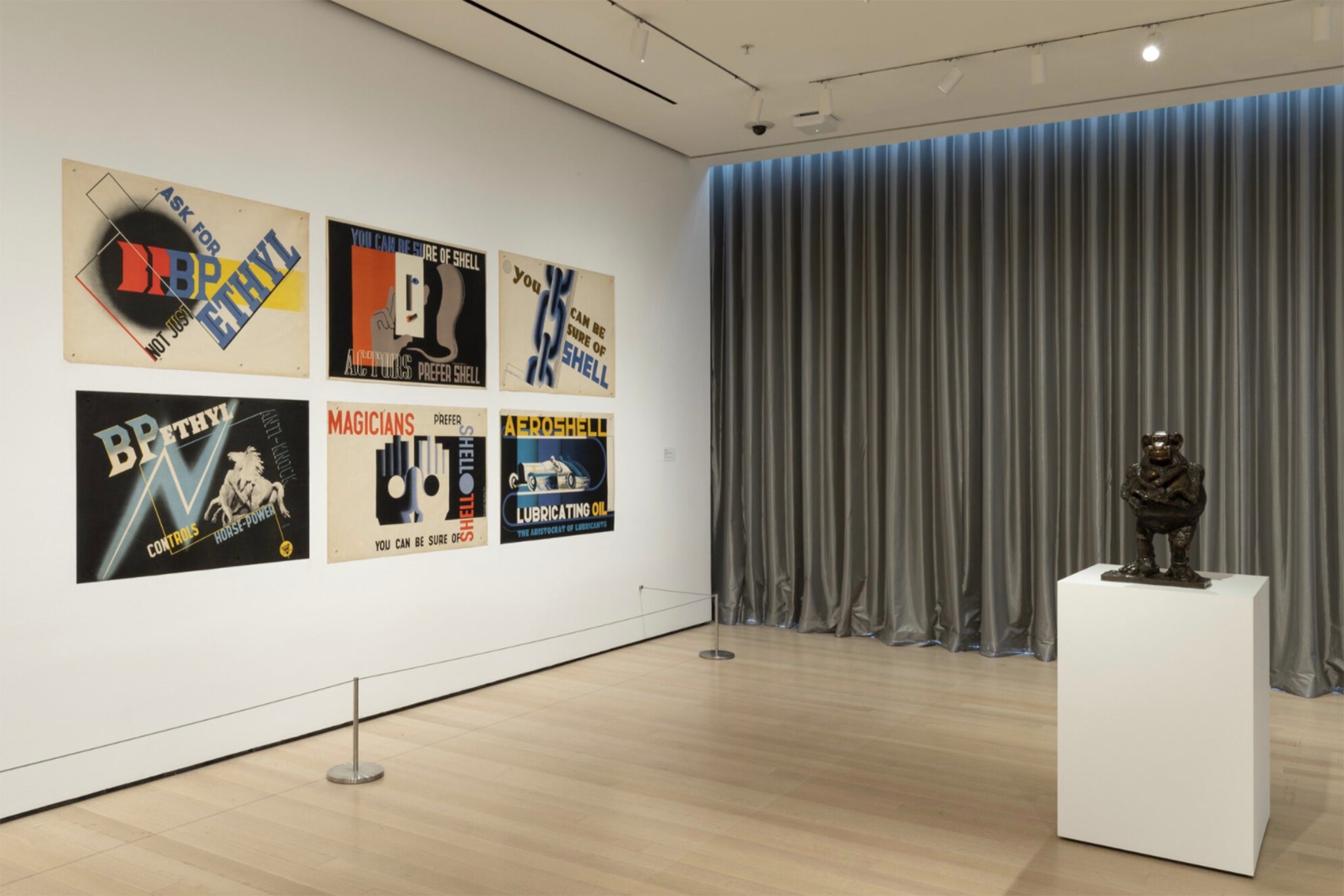 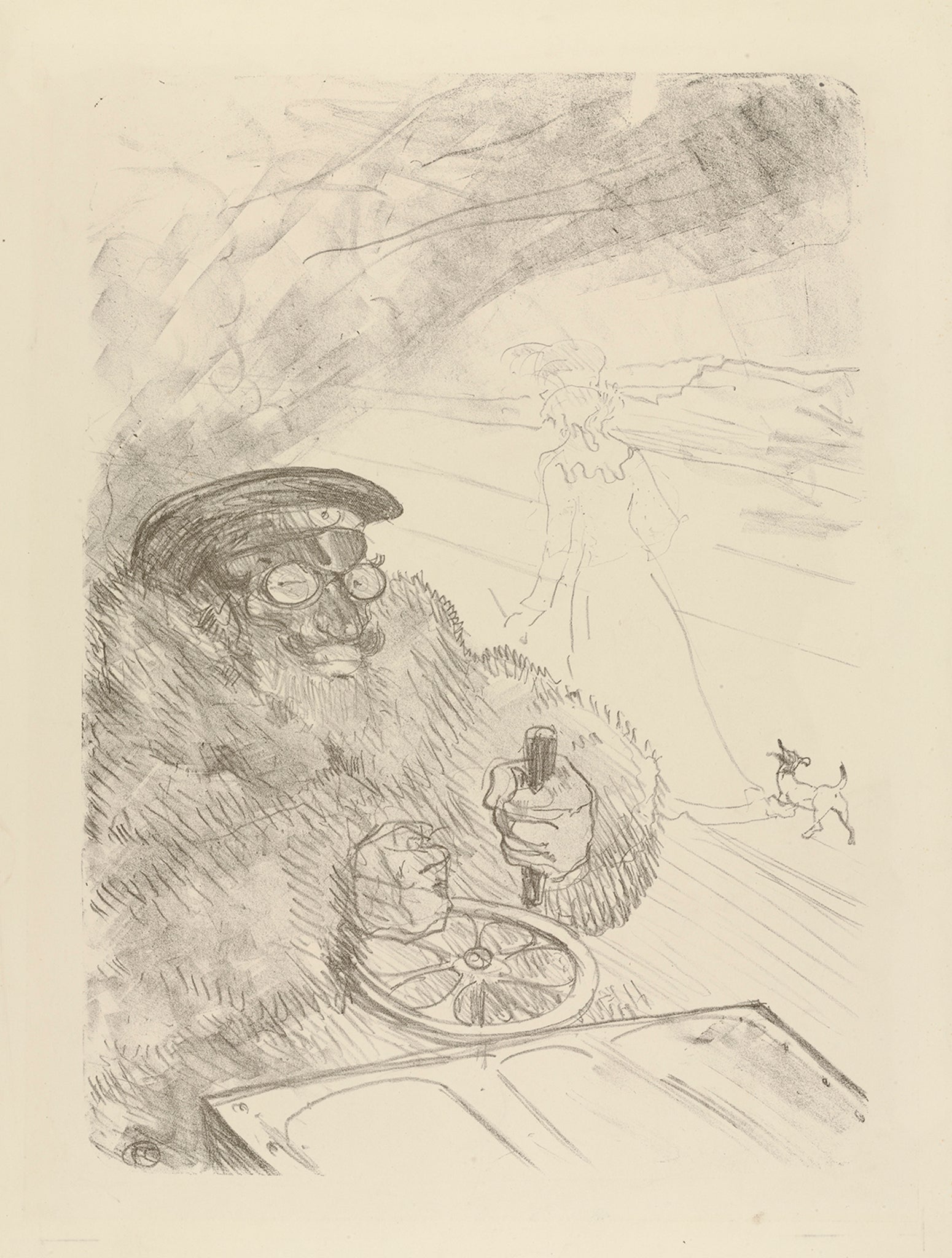 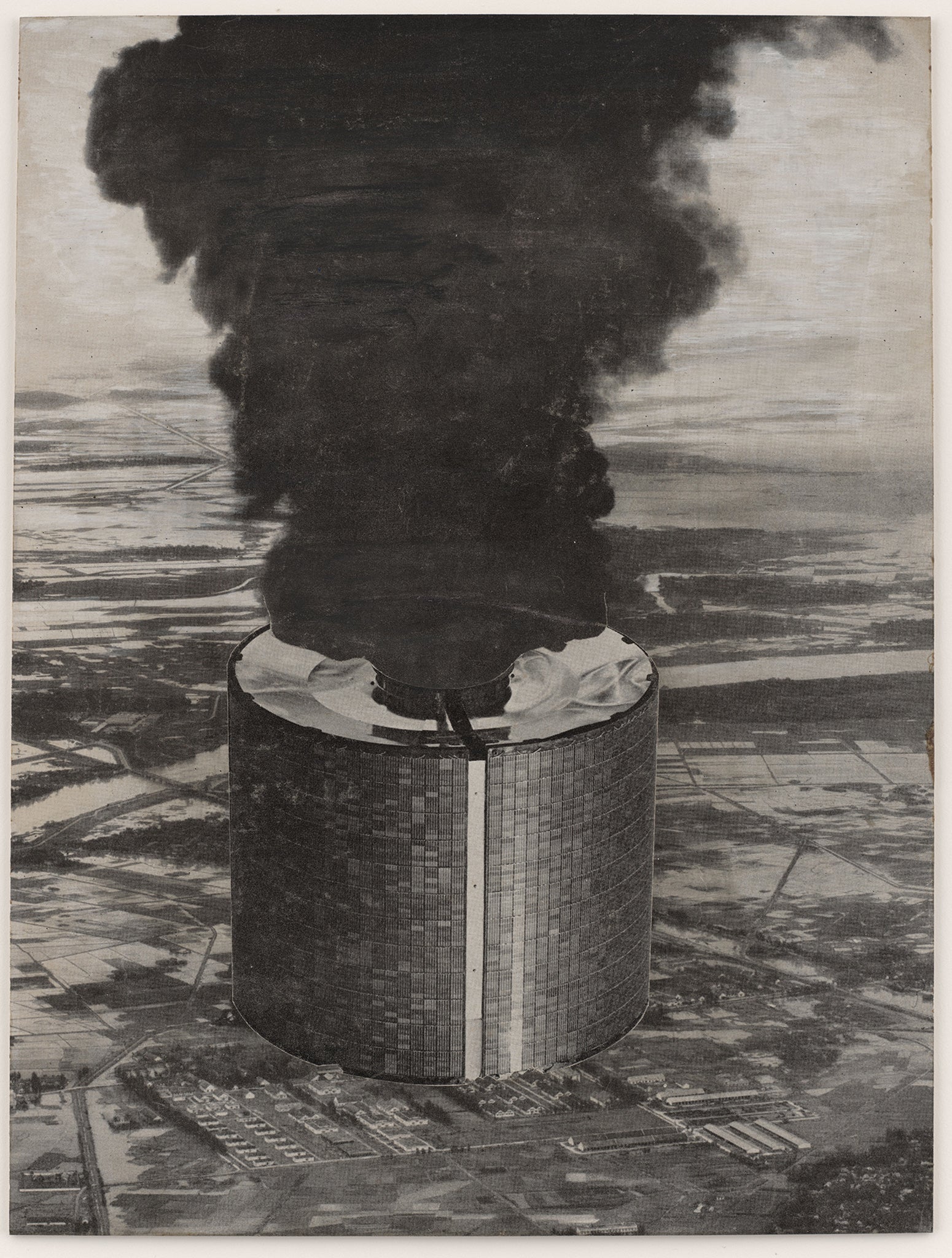 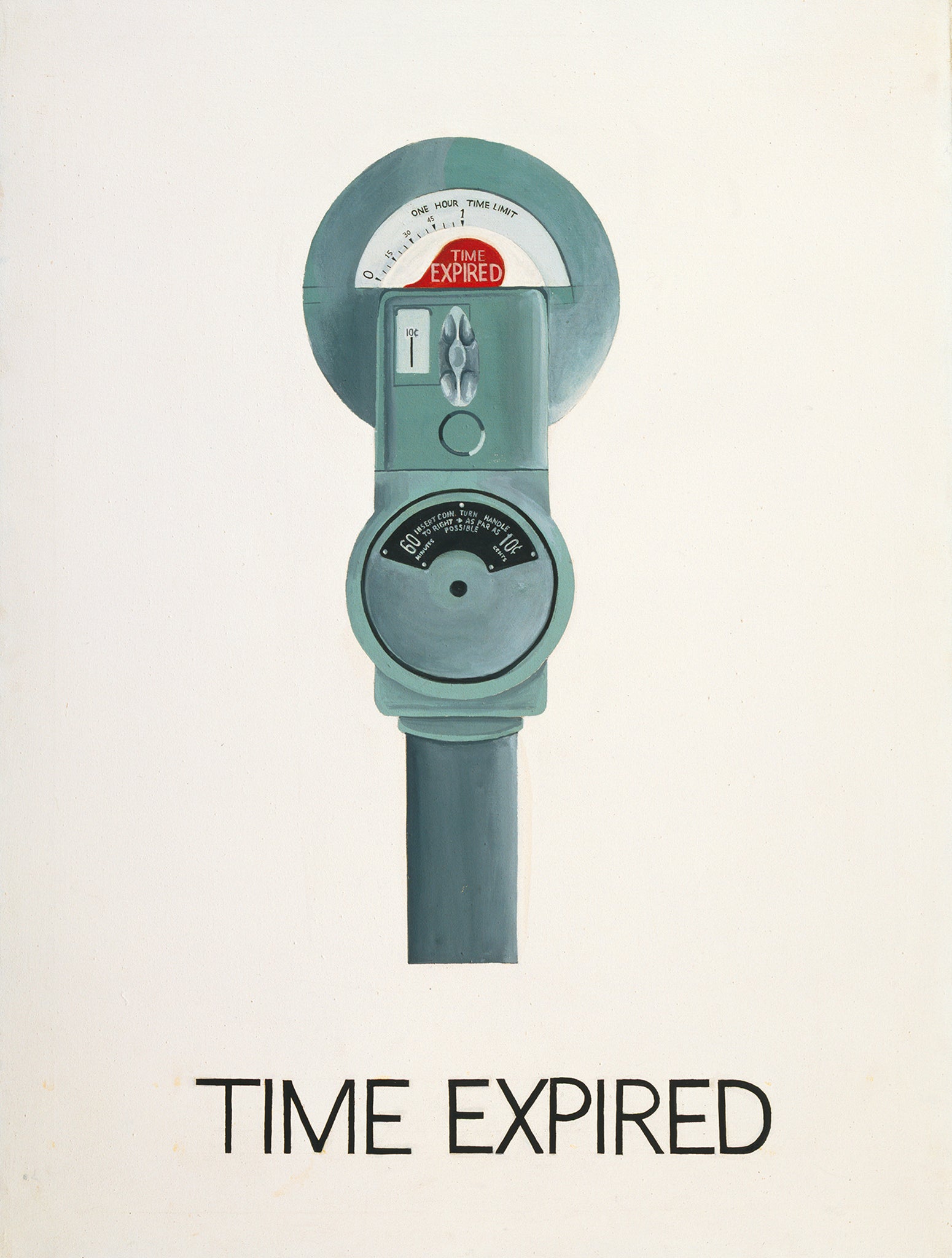 Many of the other works in the collection are holdovers from the museum’s archives that seem only tangentially related to the show’s thesis. There is a wall of Shell advertisements by the illustrator and graphic designer Edward McKnight Kauffer that were a central part of an exhibition of his work in 1937 and have appeared in over 20 other exhibitions, as well as a wall of auto parts arranged salon-style that did double duty in a 2004 exhibition entitled Humble Masterpieces.

At the center of the exhibition is the 1963 Oscar-nominated short Automania, from which the exhibition derives its title. The satirical cartoon imagines a world where scientists create automobiles that meet the public’s absurd consumer demands. The cars are faster and bigger and ever more specific until they fill garages like shirts in a closet and the streets are so crowded that the basic function of the automobile, movement, is rendered impossible. By the end of the short, people are living in their cars and all their wants from liquor to healthcare are delivered to them by helicopter.

Today we still define progress by movement, our ability to travel faster and farther and so the automobile remains the ultimate symbol of human ingenuity. The exhibition, however, shows us that our mid-century fantasies about an ideal future would never be realized. Le Corbusier, the famous architect, imagined that eventually a perfect car would be created and standardized after decades of slight improvements in production. Architects always like to imagine that there’s some sort of sacred geometry that is the end result of years of innovation. There’s a perfect chair that will sit inside a perfect modern home, considerate of its surroundings and organized in just the right way where the ample sunlight and minimal comforts will create the ideal environment for simply existing. In a way, we’re at this point. Dozens of practically identical cars line the roadways, built with ever so slight differences in order to meet consumer demands.

The ugly sides of this progress and overconsumption are presented, though not emphasized, in Automania. The car still reigns supreme as symbol, object, and cipher for our memories and fantasies alike. It’s easy to get lost in the elegant, rolling sculpture of the automobile. Automania reminds us that we will continue to organize our lives around these objects, and ultimately clear any barrier that hinders their forward motion, for better or for worse. 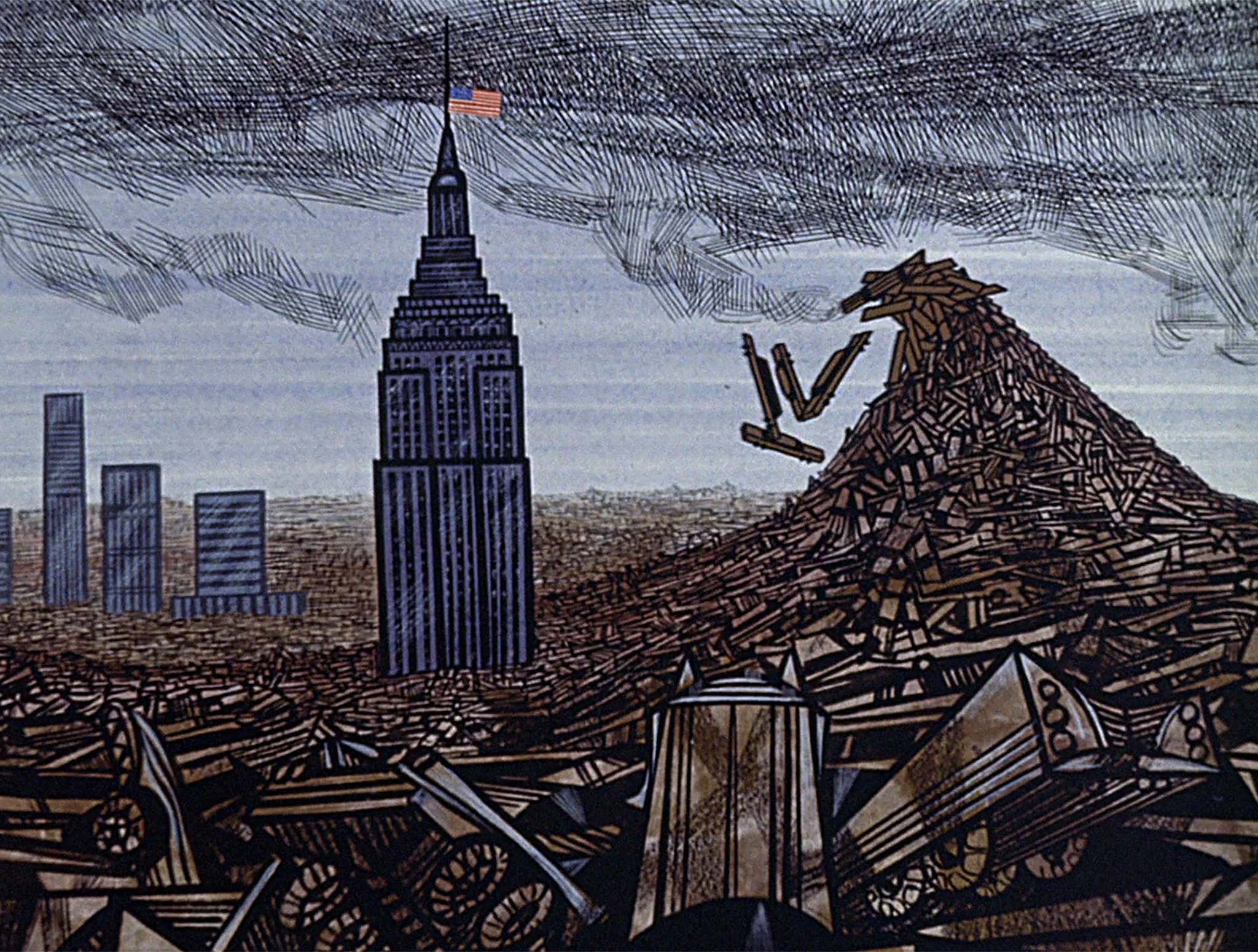 Automania closes at the MoMa on January 2. Got a tip? Send us a note: [email protected]