The original goal for the Tesla Model 3 was to produce an affordable mass-market electric car. Despite this, Tesla used the opportunity to try out a few bold new design features—most notably, entirely eliminating gauges in front of the driver, in lieu of using the main central screen instead. As with any feature gap on an automobile, the aftermarket will always step in to supply what’s missing, and the Model 3’s dashboard is no different.

Yes, if you’ve got a Model 3 and you miss having a gauge pod in front of you, you should know there are now a variety of aftermarket instrument clusters that provide a passably OEM look—though installation is a bit more involved than plugging in a USB cord. 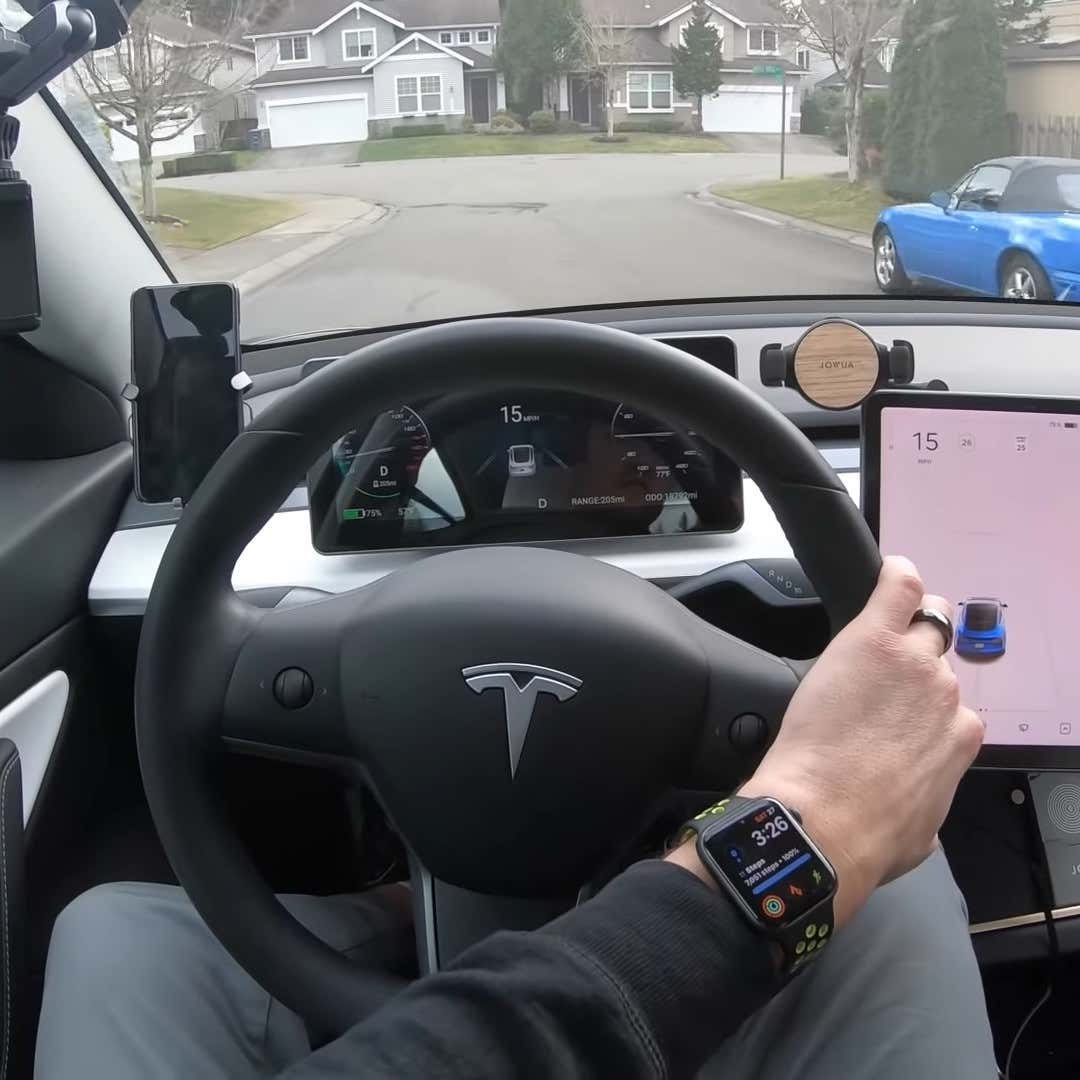 YouTuber Shiva Sapkota recently reviewed a display from a brand called Topfit, featuring twin circular LCDs to ape the familiar gauges of old, while Cf Tesla has recently posted a video on installing a Hansshow-branded display that boasts Apple Car Play connectivity. Both aftermarket clusters retail on online stores for over $500 USD, though listings on Amazon and other sites disappear and change regularly, making it hard to pin down accurate pricing.

Both displays ship with cables that plug in between a body computer and a harness in the Model 3 or Model Y, presumably intercepting CANBUS data in order to display data to the driver. To route signals from the footwell-located computer to the screen, cables are snaked under the Model 3’s dash panels. Installation complaints center around the difficulty of reaching the necessary connectors buried under the dash, though the plug-and-play job is still far easier than the average car audio repair. Each kit also supplies plastic brackets for a clean install, allowing the screens to be mounted without permanent damage to the original Tesla dash. The parts are molded to suit the lines of the original dash parts, to provide a near-stock fit and finish. 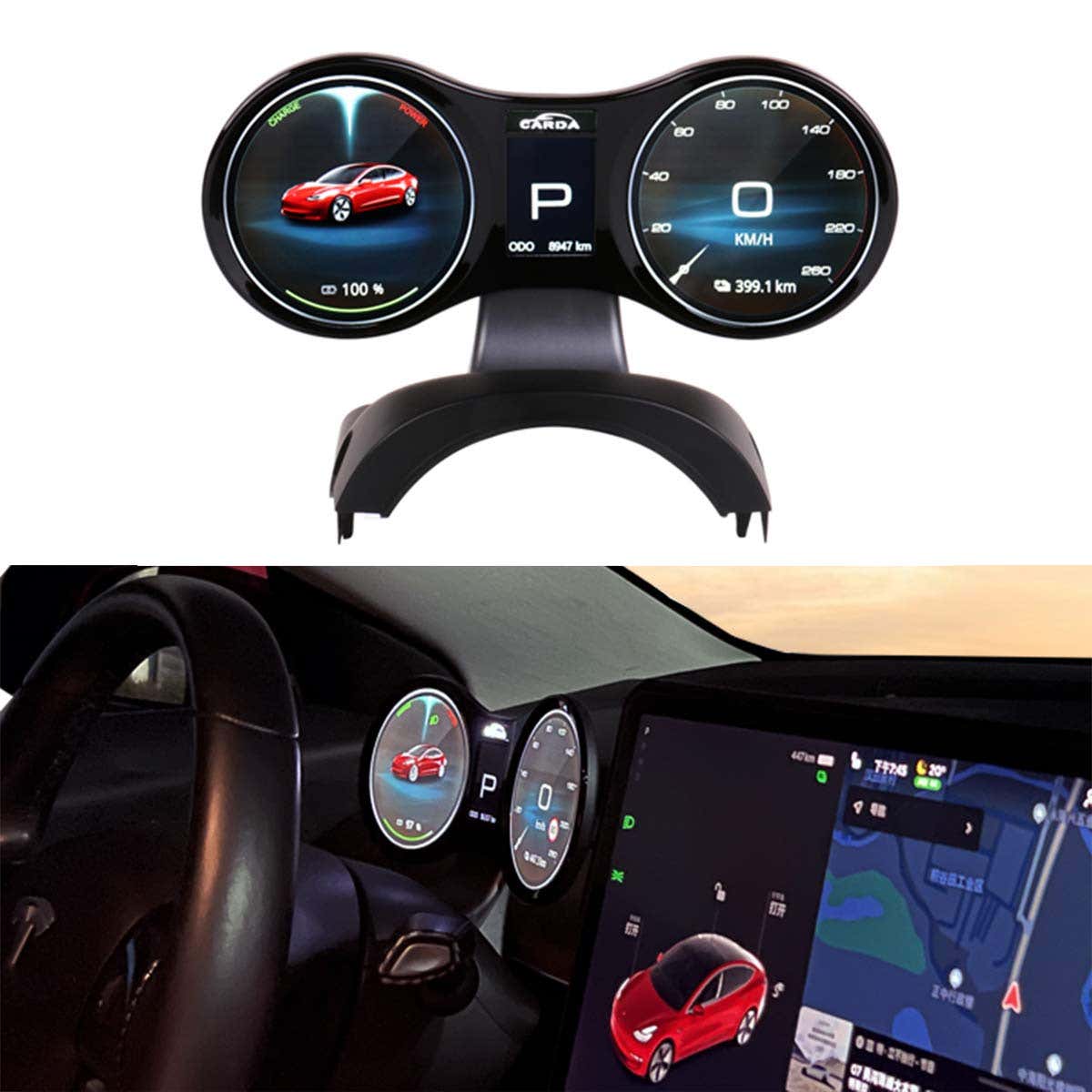 The level of functionality is impressive. Not only do the displays show speed and “gear” selection (drive, reverse, or park), but also a variety of other information, from tire pressures to Autopilot alerts. Graphics aim to ape the Tesla visual style, with suitably high-resolution assets helping to complete the effect. While the Topfit display acts solely as an instrument cluster,  the Hansshow unit also has the added benefit of working with any Apple CarPlay apps you might have, so fans of Waze or other driving apps can bring them up as desired. Both screens use the existing steering wheel controls as an interface. 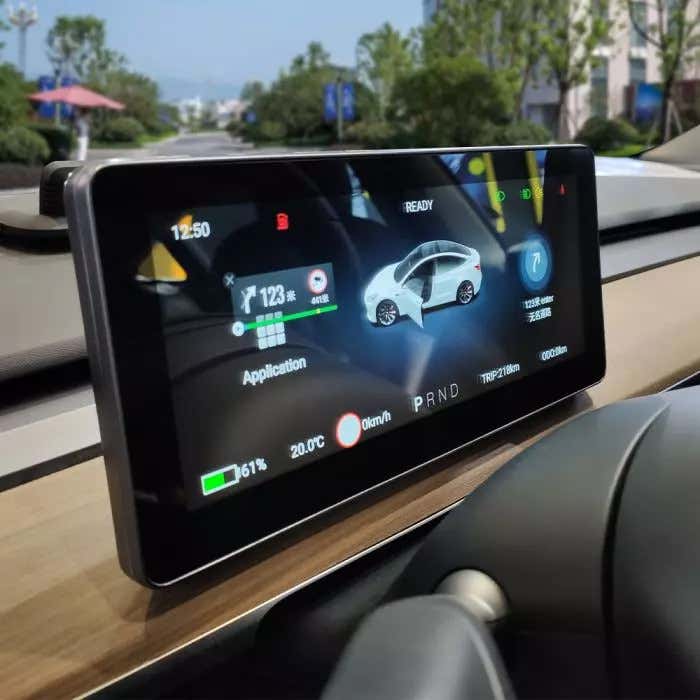 However, regular Tesla updates can spell doom, having made similar products in the past non-functional. While screen manufacturers have released software updates to counteract this in the past, it becomes an ongoing arms race—and there’s no guarantee that your expensive screen bought yesterday will still be working tomorrow. Tesla’s cavalier attitude is likely to make this an ongoing concern, as the automaker is in a rolling battle with aftermarket suppliers of performance hacks, too.

It seems unlikely Tesla will change their mind on dashboards in the Model 3 going forward, having held the line for years now post-release. Those keen to add the functionality to their cars can either run the gauntlet and hold their breath with every new update, or else simply buy another EV that has a normal speedometer. These days, there’s more than a few around.