Uncontrolled acceleration is a scary prospect no matter what you’re driving, even if it’s a Toyota Prius. It’s definitely at its worst in a top-level racing vehicle, like an IndyCar, or one of the most extreme off-roaders out there, like a rock bouncer.

As its name implies, a rock bouncer is basically a rock crawler, but faster and sturdier, and typically takes the form of a custom-built buggy. Being designed to cross tricky terrain at speed, the idea of exceeding a rock bouncer’s limits is a terrifying one, and the experience itself surely more so as National Rock Racing Association driver Larry Krog discovered when his Ford V8-powered buggy’s throttle stuck. 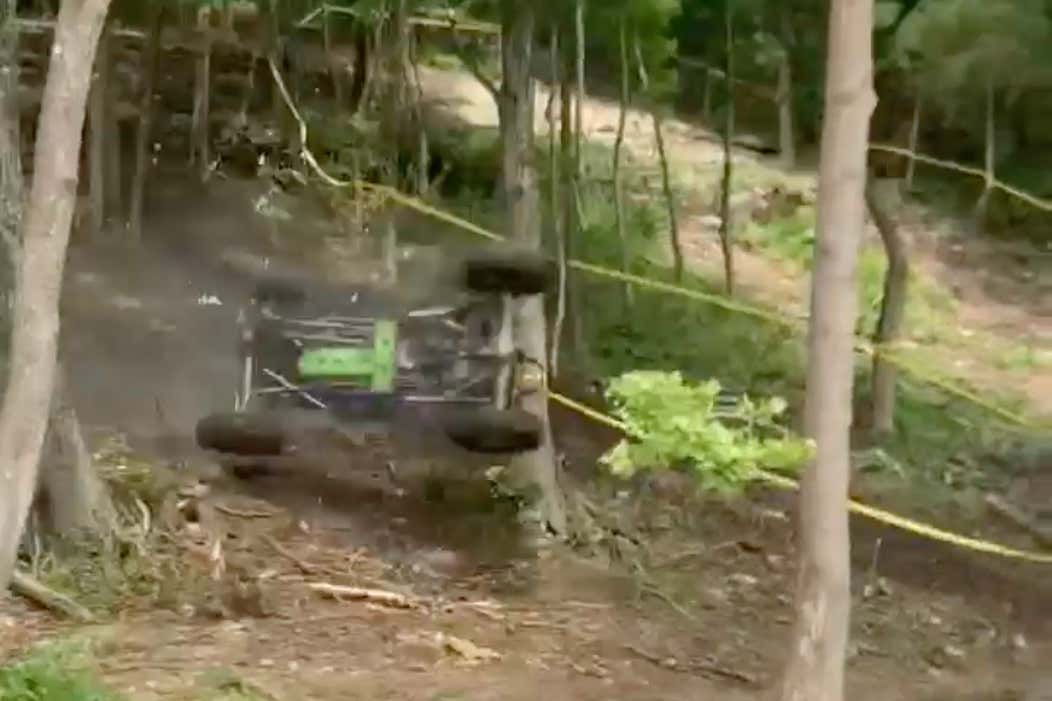 Krog explained in a Facebook post recalling the incident that he had modified the bouncer’s “purge solenoid” (presumably the evaporative canister), installing it near the throttle linkage. This location presented no problem in a shakedown last Friday, though after starting an unspecified event a day later a problem reared its head, demoting Krog to a passenger in the vehicle of his own creation.

After coming to a stop, the racer was able to shut down his buggy safely, and after righting it discovered the solenoid had somehow inhibited the throttle linkage’s movement. Neither Krog nor his eponymous buggy were seriously damaged in the incident; the man himself is sore, but unharmed due to his safety equipment. And while the buggy had some bent tubing, Krog considers it “fixable with some time and work.”

As always in racing crashes, what matters is that the driver is safe. The fact that their vehicle is repairable is just icing on the cake.

UK ranked as one of the worst countries for fuel rates

Woolwich resident says petrol prices are 'astronomical'We use your sign-up to provide content in ways you've consented to and to improve our understanding of you. This may include adverts from…

It wasn't long ago that most electric cars were small, and some were arguably polarizing. In order to eke out enough range, the compact car was the way to go.…
F1

The bikes come in a special Orange colour scheme inspired by the brand’s MotoGP racing bikes. KTM has launched special GP editions of the RC 390 and RC 200 in…