Hyundai’s luxury brand only recently launched its first SUV, the GV80, but if you thought Genesis would stop at just one SUV, you’re in for a treat. Here is the GV80’s smaller sibling, the appropriately-named GV70 in all of its uncamouflaged glory. Compact crossovers don’t always get much respect around these parts, but I’d be lying if I said I didn’t absolutely love the way this one looks.

Rocking the company’s now-signature Crest grille and double parallel lights, the GV70 uses the same design language seen in all of its recent fare in the bigger GV80, the gorgeous G80, and the facelifted G70. If I was to rank them by visual appeal, the GV70 would probably sit right at the top of the pole alongside that G80. 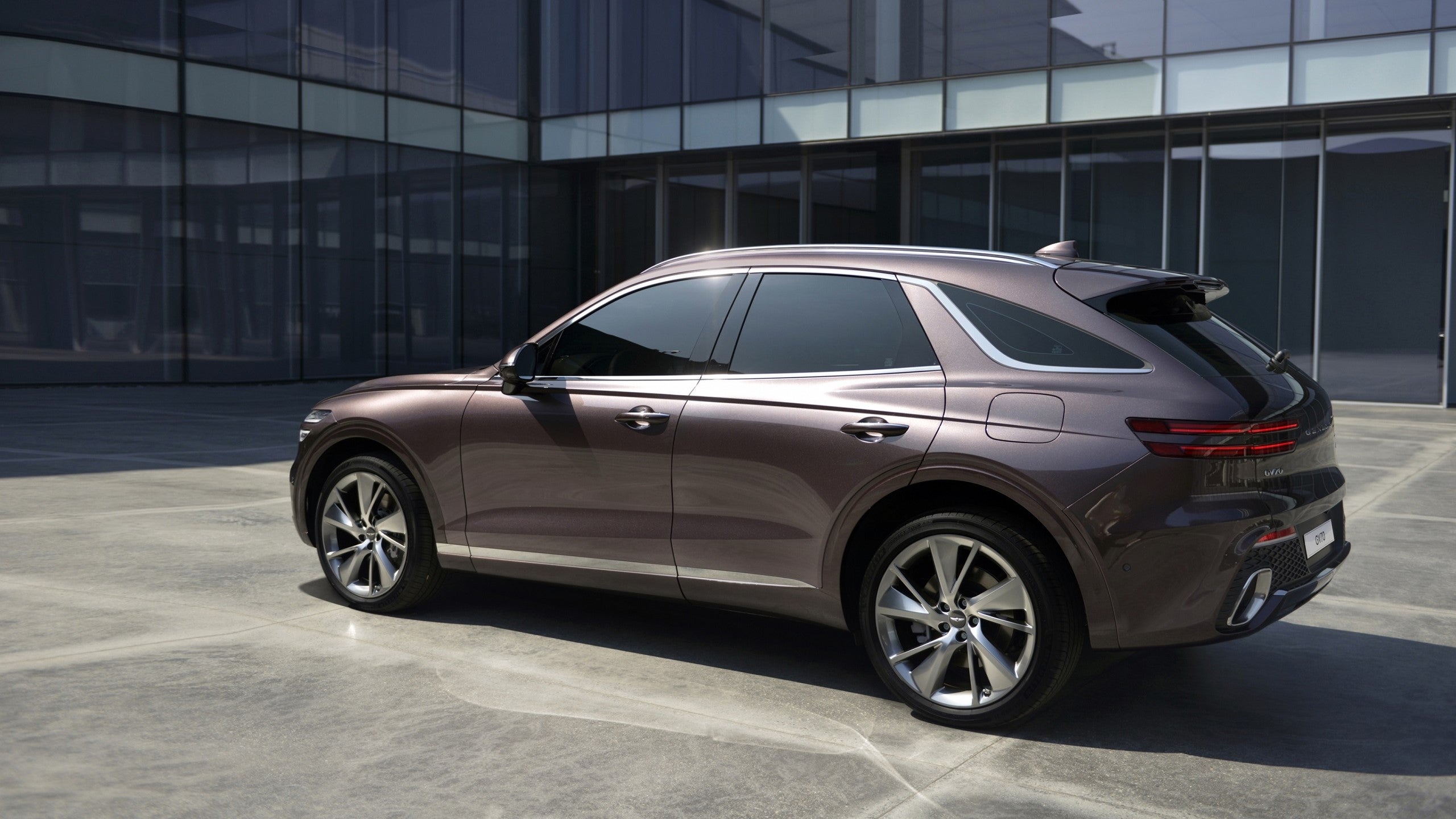 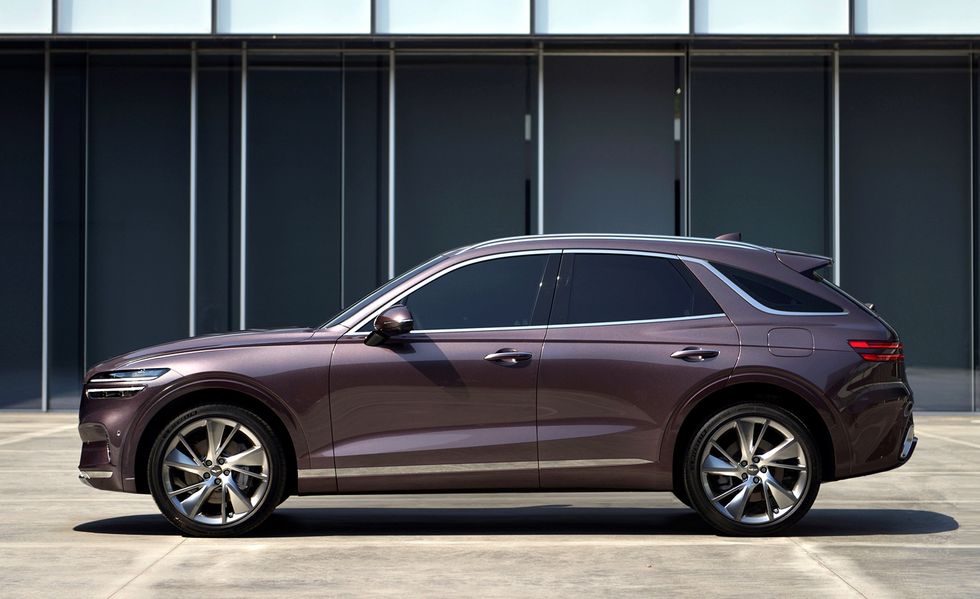 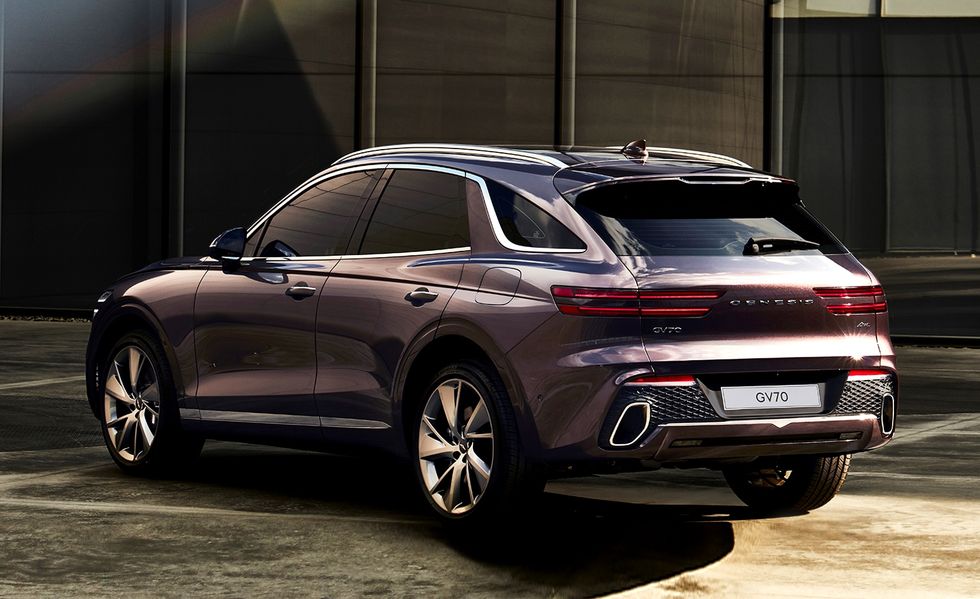 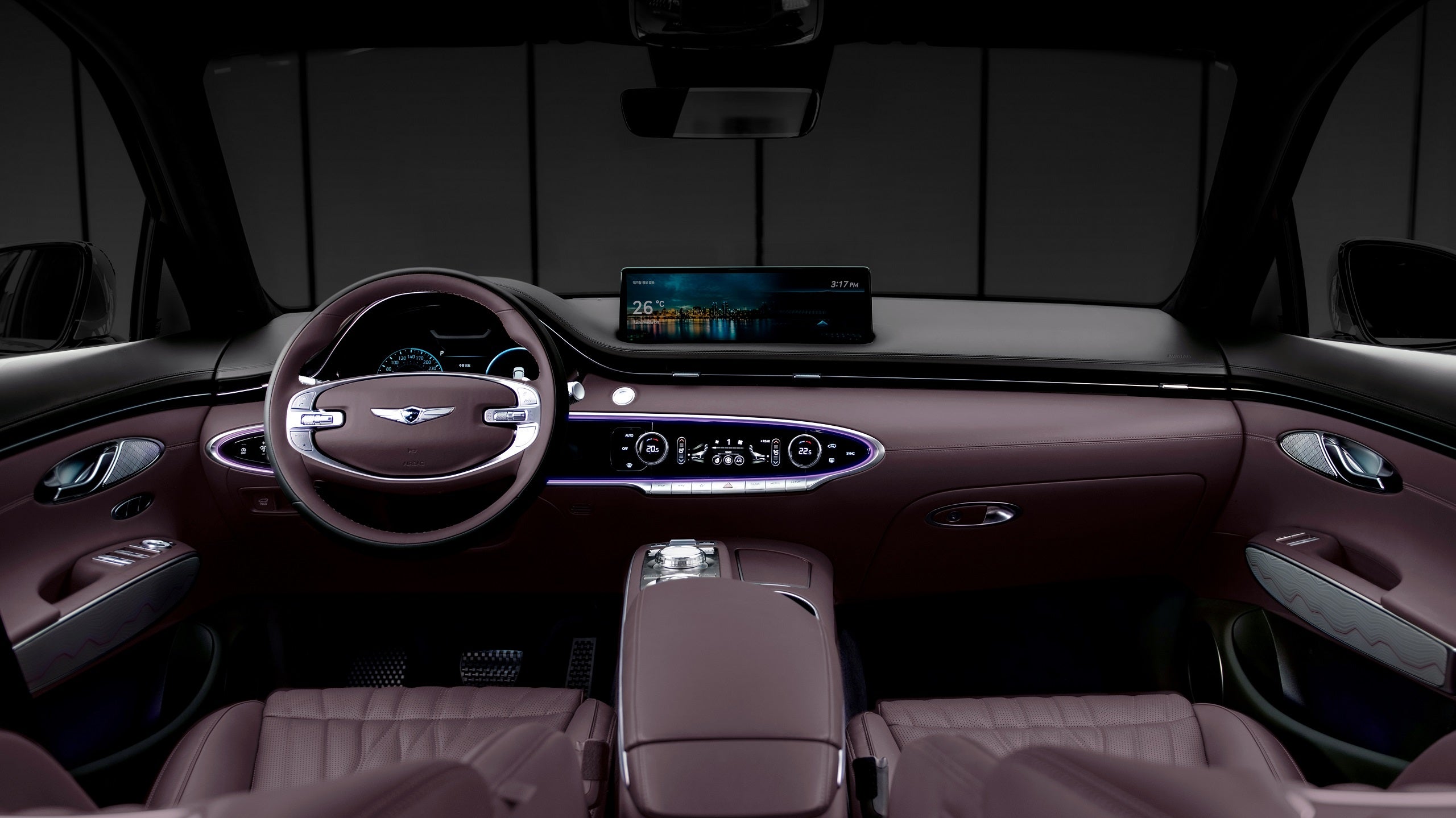 The GV70’s proportions make it look like a coupe in a way the BMW X4 and its cohorts never have, and the whole area above the rear wheel consists of some of the most interesting shapes in recent automotive memory. It all makes for a car that doesn’t really look like any of its competitors. The days of accusing the Koreans of design plagiarism are, in the case of Genesis at least, well over.

It’s a similar story on the inside as well, with a minimalist, luxurious interior dominated by a single stretched oval that can be seen on both sides of the steering wheel. Oh, and did we mention this thing has got vertical exhaust tips? Like “floating roof” D-pillars and singular taillight bars before it, 10 bucks says vertical mufflers are on the cusp of becoming the hottest car design trend of the 2020s. 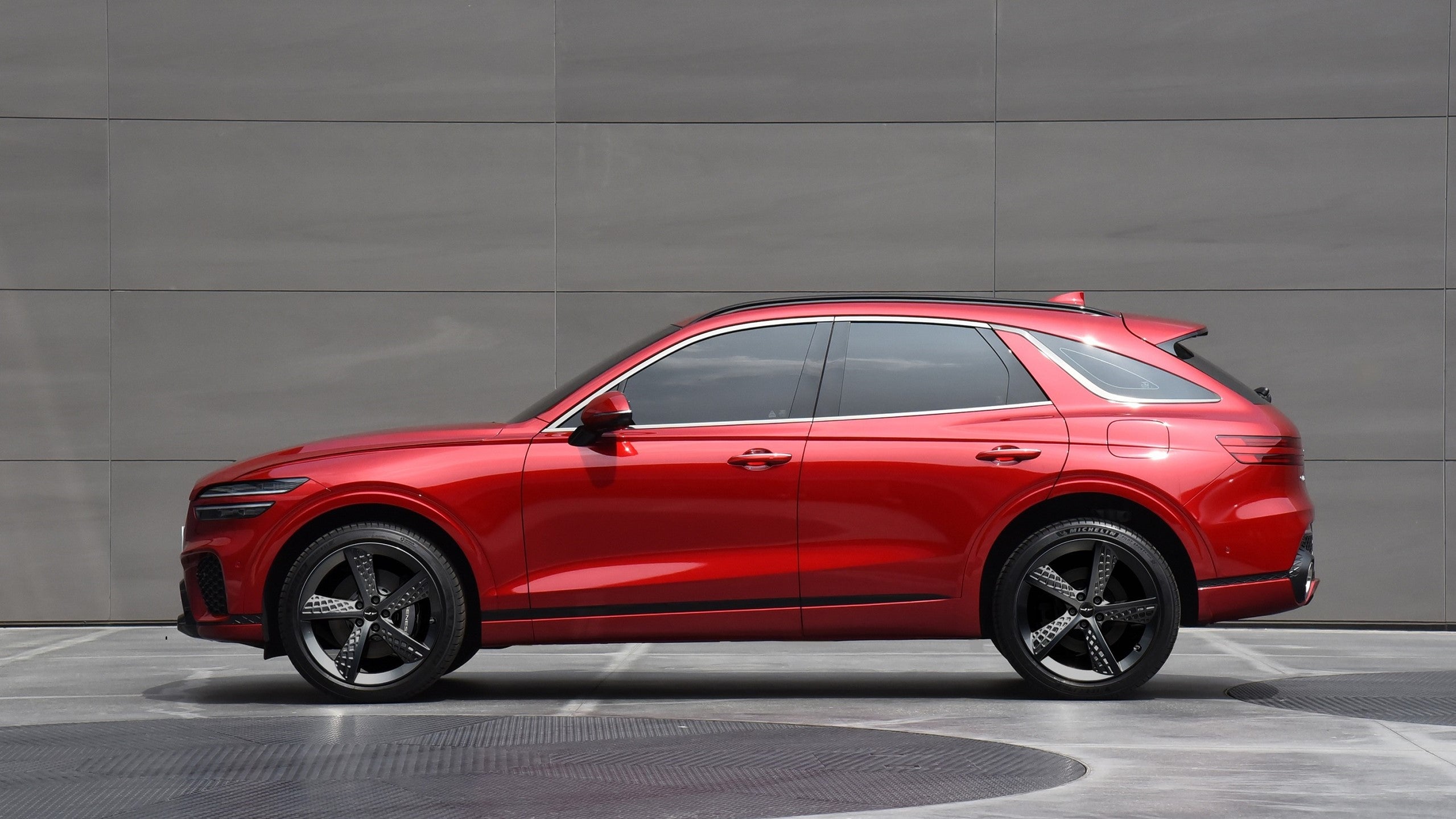 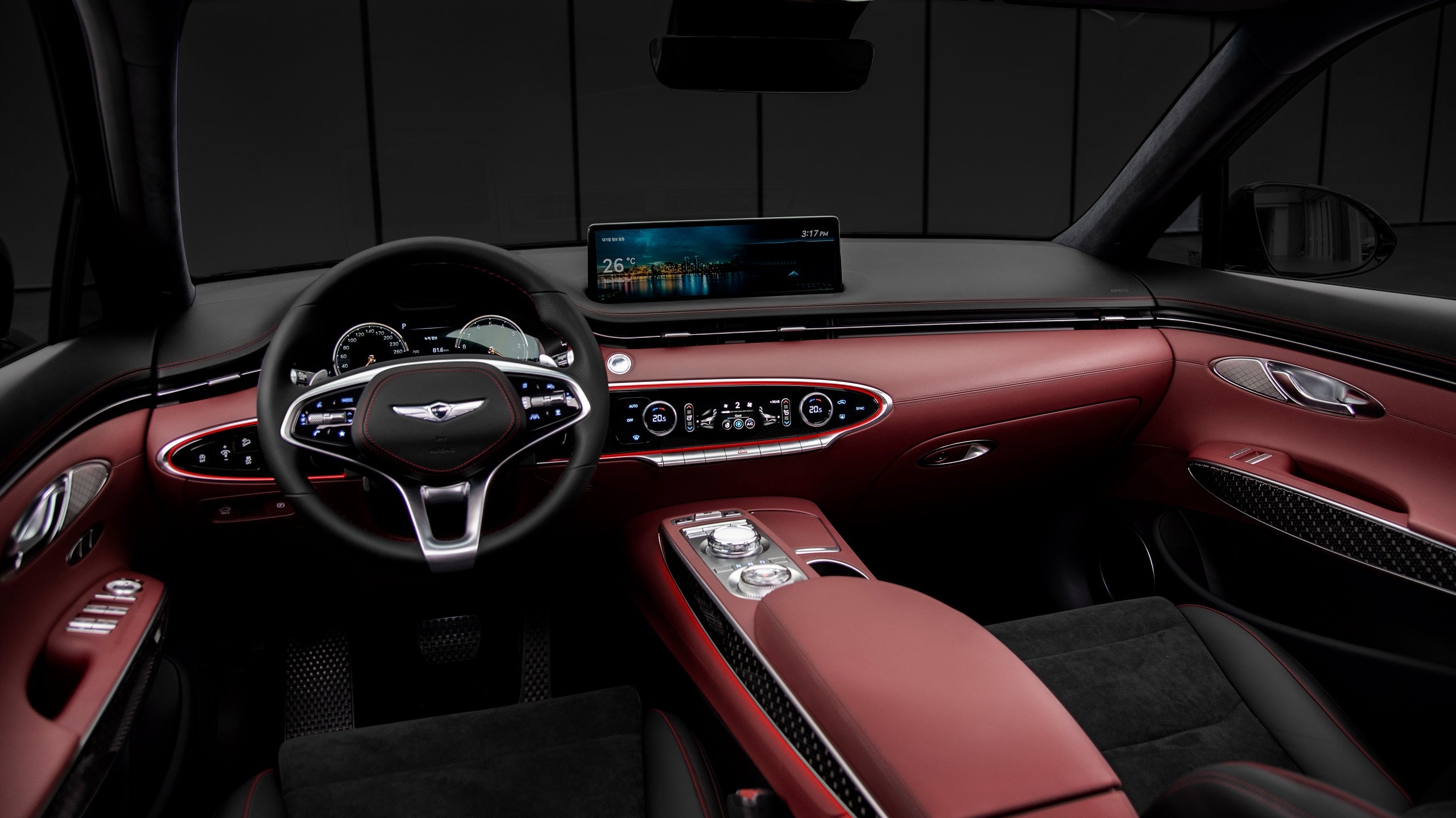 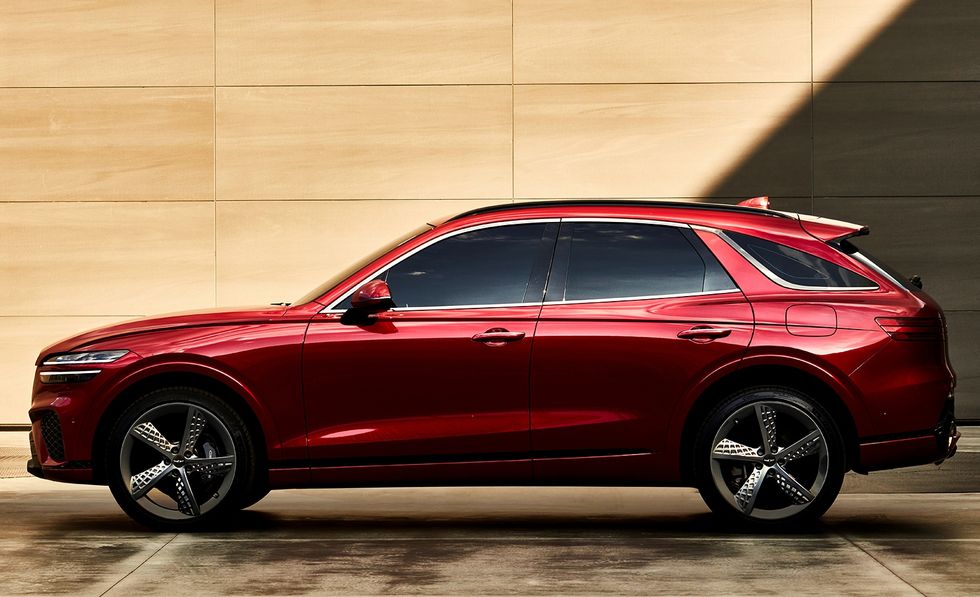 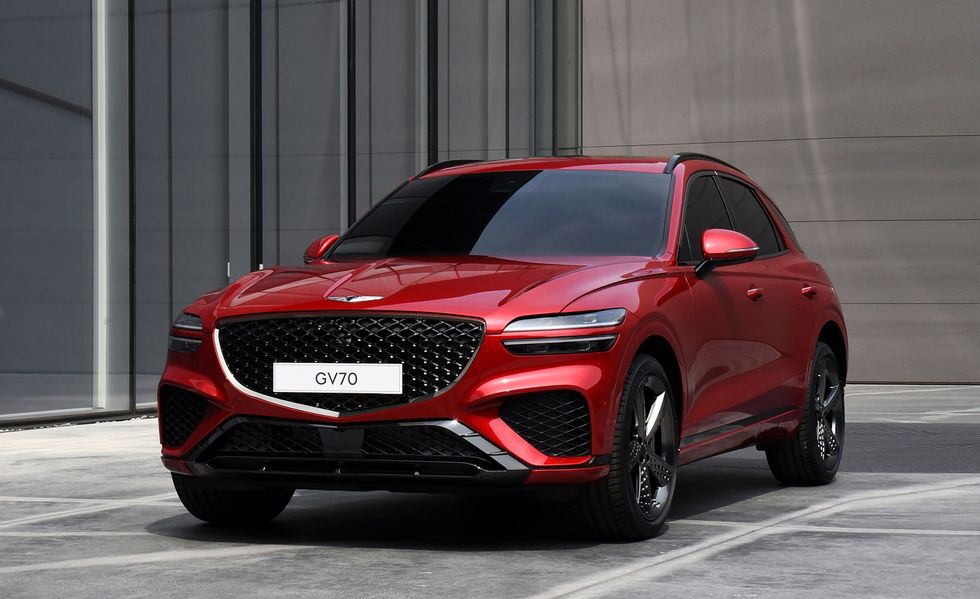 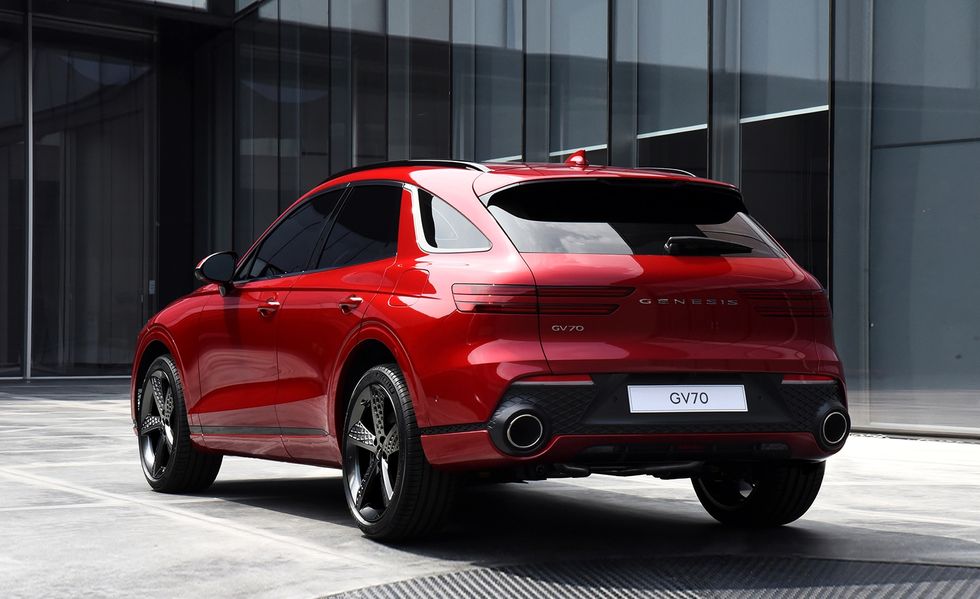 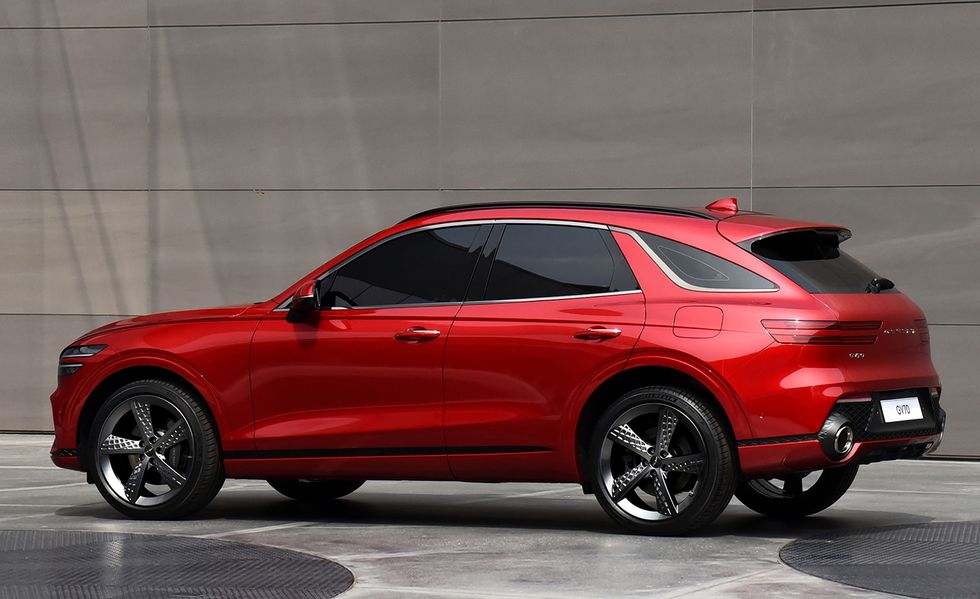 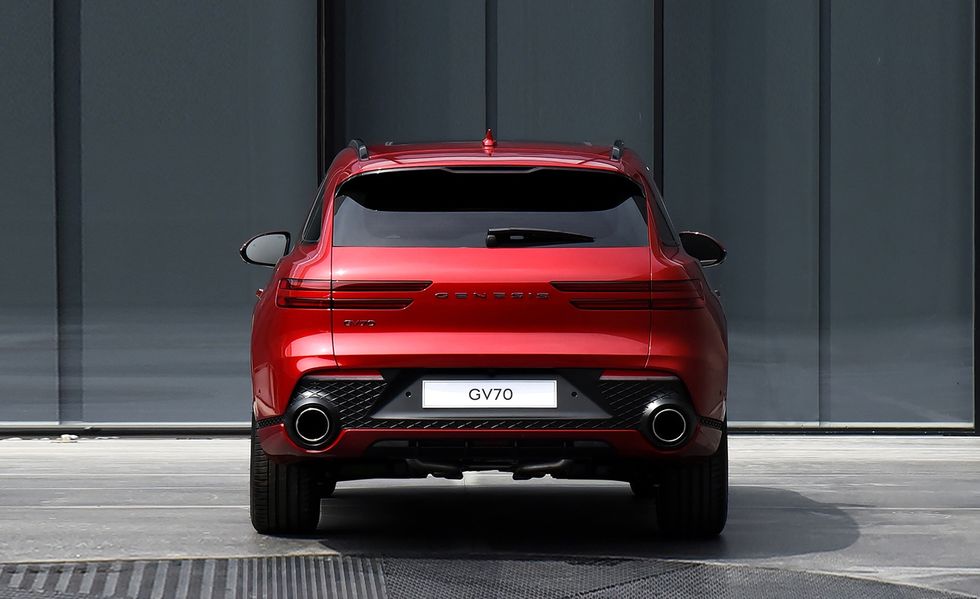 In case vertical exhaust tips are, for whatever reason, not your thing, Genesis will sell you a Sport version of the GV70 that gets circular tips a la Stelvio. The more athletic-looking GV70 also receives a different front bumper, 21-inch G-Matrix wheels that look absolutely rad, and dark chrome trim. Inside, the GV70 Sport gets a three-spoke steering wheel and carbon fiber on the doors and center console.

The company has yet to announce details like what powertrains the GV70 will come with or how much it’ll cost, but did confirm that it—like every other Genesis product so far—will be built on a rear-wheel-drive-based platform. The automaker also says the first U.S. deliveries of the GV70 will happen sometime in 2021. Suddenly, the Genesis lineup is looking a lot more fleshed out. 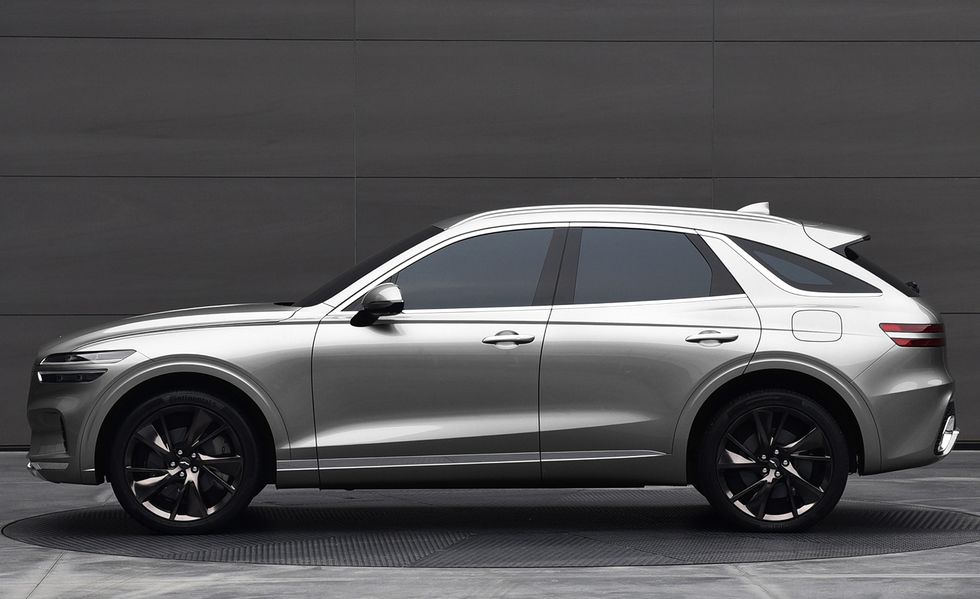 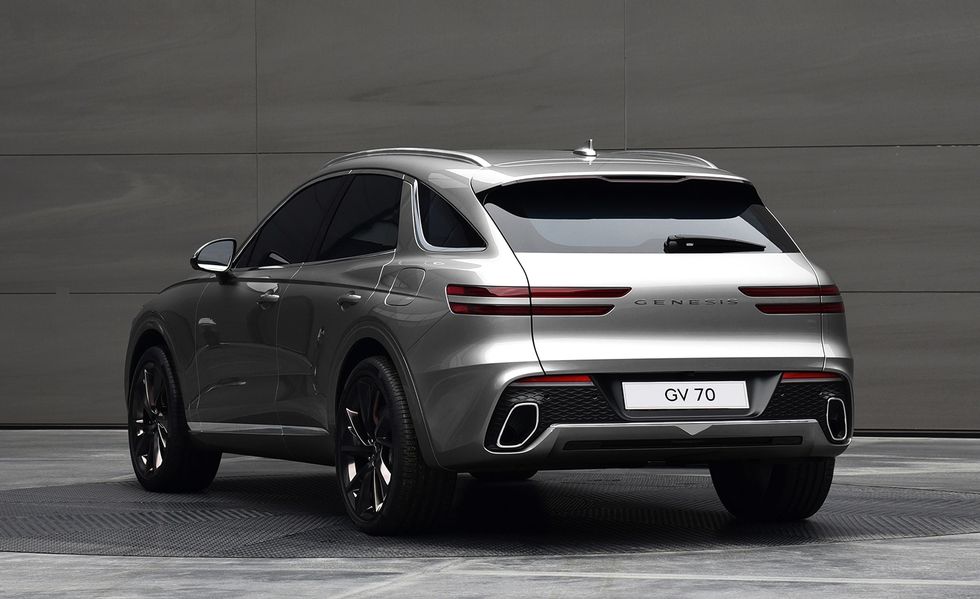