It may be just five days until Cadillac reveals its highest-performing models of all time, the Blackwing CT4-V and CT5-V, but it would seem neither car could wait to see the light of day. Both apparently made a serious attempt to break cover through General Motors’ dealership portal Global Connect, through which order sheets have leaked onto the wider internet, outlining the options for what’s looking more and more like Cadillac’s last combustion-engined performance car hurrah.

Posted to Cadillac V-Net, the allegedly dealer-sourced sheets echo last year’s confirmation of a six-speed manual option on both cars. Each are also available with 10-speed automatics for those unsure of their footwork, two new Blackwing-exclusive colors (Blaze Orange Metallic and Electric Blue), and most significantly of all, the most powerful engines so far available in either sedan. 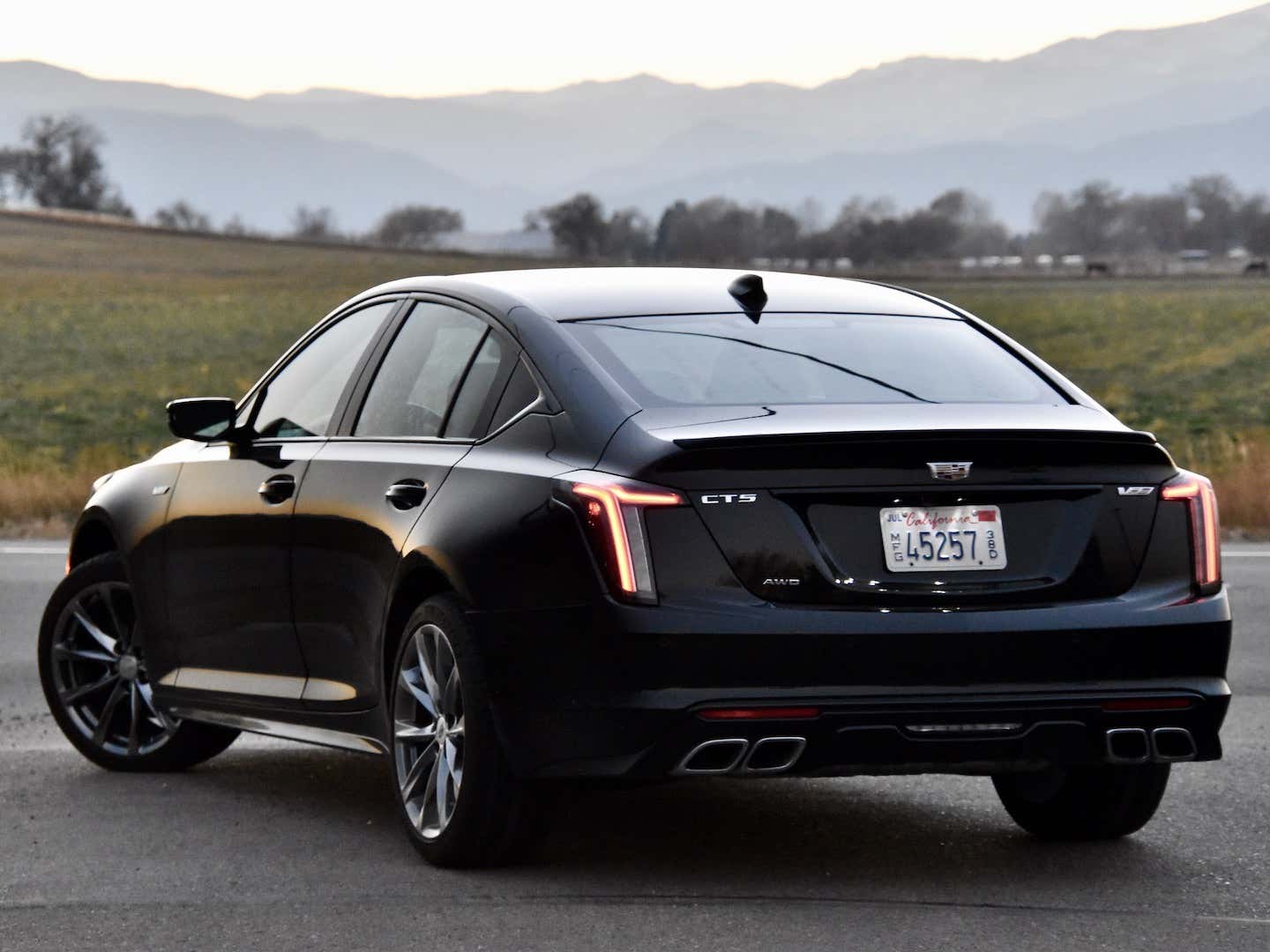 In the CT4-V Blackwing, this will apparently be the 3.6-liter, twin-turbo LF4 V6 last seen in the ATS-V, where it made 464 horsepower and 445 pound-feet of torque. For its comeback in the lesser Blackwing, Cadillac V-Net reports it will make around 450 horsepower, giving the probably 3,800- to 3,900-pound sedan a power-to-weight ratio near that of the Ford Mustang GT. Only its rear wheels will be driven, and unlike regular 2021-onward CT4s, the Blackwing apparently won’t be available with Cadillac’s hands-off highway driving assist, Super Cruise. 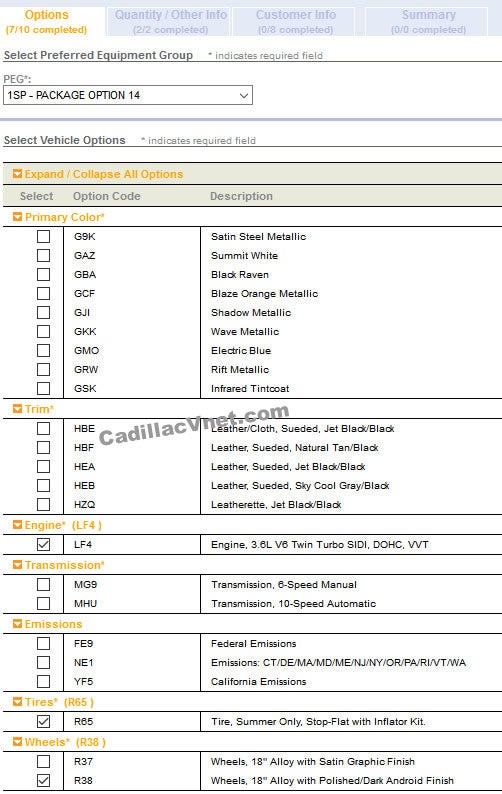 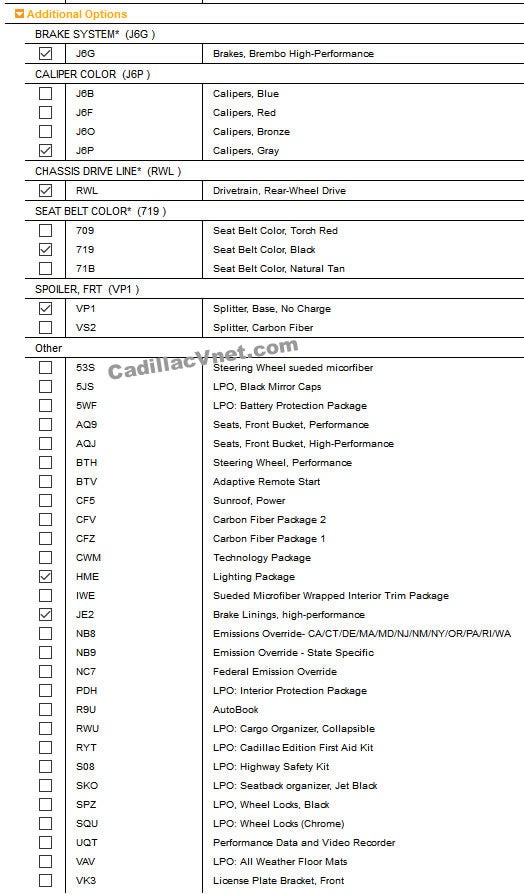 Similar cannot be said for the larger CT5-V, which order sheets suggest will be available with two tiers of the package, one differentiated by an undefined “VAR 1” suffix. Both the Parking and Performance Packages are said to be baked into the model, adding convenience and handling improvements that are nevertheless just supporting acts for the CT5-V Blackwing’s defining feature: Its engine. 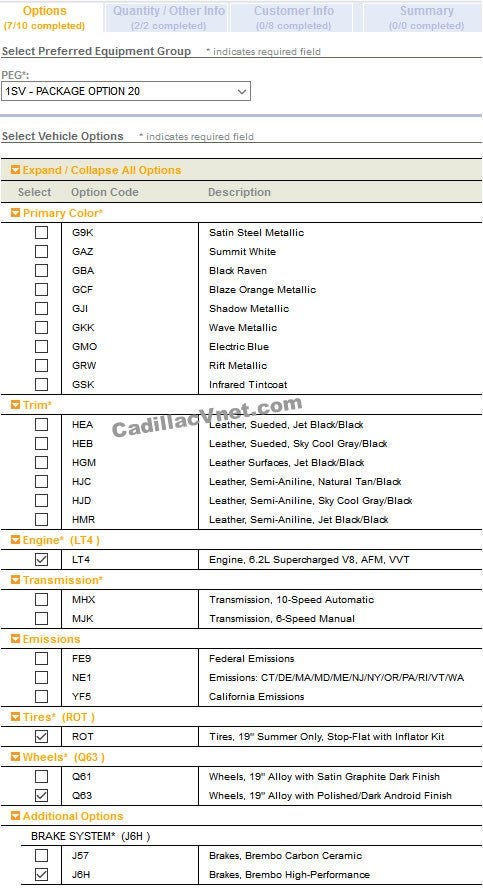 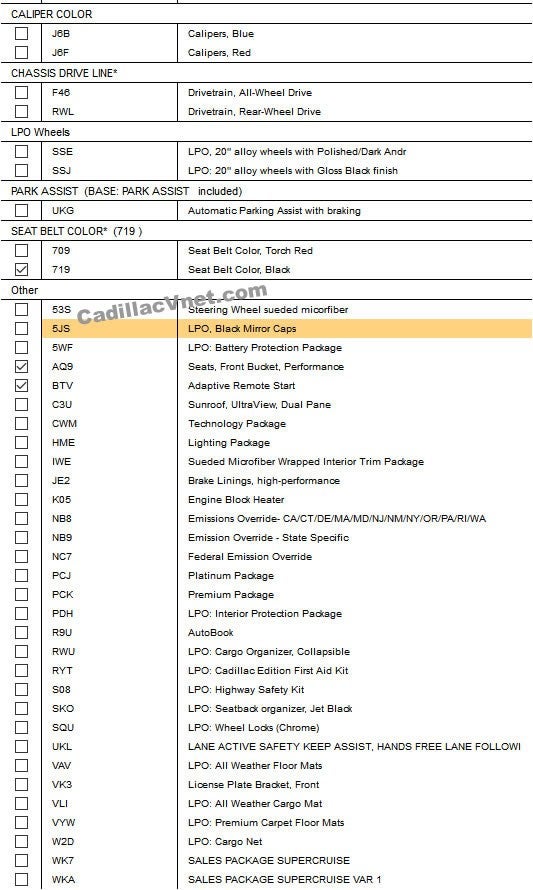 Reportedly at the CT5-V Blackwing’s heart is the 6.2-liter, supercharged LT4 V8 used in the Chevrolet Camaro ZL1 and last-generation Corvette Z06, in both of which it produced 650 horsepower and 650 pound-feet of torque. Like the regular CT5-V, this power will apparently head to either the rear or all four wheels, and will be capable of pushing the Blackwing to 200 mph if Cadillac’s teaser is to be believed.

Details of pricing and each models’ limited reservations are not disclosed in the order sheets, but may become clear this coming Monday, when the Blackwings take flight in all their glory.