The next generation Royal Enfield Classic has been spotted once again, and this time it shows quite a few details of the new fuel-injected engine which will meet the upcoming Bharat Stage VI (BS-VI) emission regulations. The most obvious changes in the spy picture is the inclusion of a new catalytic converter right next to the engine, and oxygen sensors on the top of the exhaust bend pipe. The new generation Royal Enfield Classic 350 will almost certainly be a fuel-injected model to meet the new emission regulations which come into force from April 1, 2020. 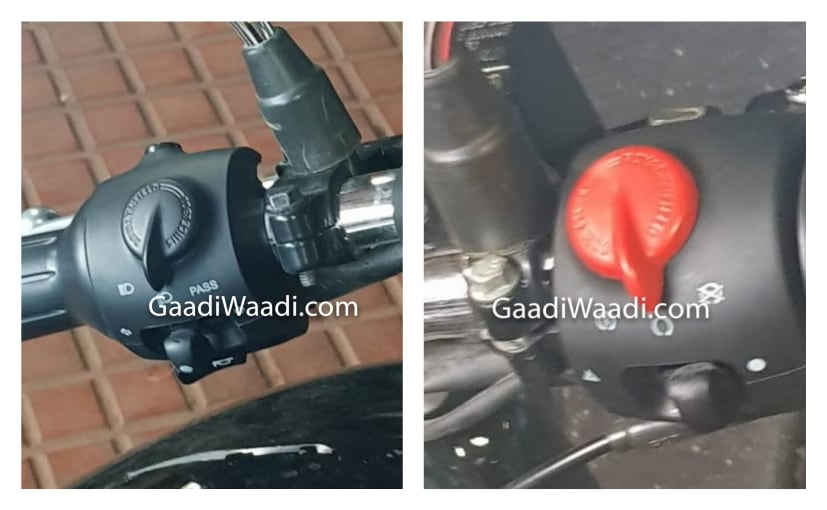 The 2020 Royal Enfield Classic 350 will also get new switchgear

In addition, the design of the gearbox casing is similar to the one on the Royal Enfield Interceptor 650, hinting to a very real possibility that the new model will come with a slick-shifting six-speed transmission. The engine head also seems to be slightly larger than the current generation engine of the Classic 350, and it could well get a small displacement bump from the current 346 cc engine. If that happens, together with the new 6-speed transmission, the next generation Royal Enfield Classic 350 is expected to have marginally more performance, and if the 650 Twins are any yardstick, we can expect more refinement as well from the revised engine.

We have already seen other changes in previous spy shots, like a new part analogue-part digital speedometer console, new switchgear, as well as a new double-cradle frame. The suspension set-up is expected to be the same, but expect standard dual-channel ABS on the new model. All these updates are certainly going to affect the cost of the new model, which is likely to be slightly more expensive than the outgoing model, possibly around ₹ 1.75 lakh (ex-showroom). We expect Royal Enfield to launch the updated models well before the April 2020 deadline, possibly by early 2020.

Towyn: Man climbs inside speed camera and flashes carsWe use your sign-up to provide content in ways you've consented to and to improve our understanding of you. This may include…

The fuel efficiency figures on the MID hovers around 16 - 18 km/l. BHPian StarVector recently shared this with other enthusiasts. We welcomed XUV7OO MX Diesel into our family on…

JPJ has announced that DEK and JVJ are the next number plate series up for bidding on its online auction platform, JPJ eBid. Johor’s latest running number series is ‘JVJ’,…