Has the world gone mad? A Porsche minivan? Before purists get angry at the thought of a family hauler with the Porsche crest, the Vision Renndienst is only a one-off. In fact, it’s not even a real car per se since this is merely a 1:1 scale model created in 2018 to explore the revolutionary concept of a Porsche minivan.

It’s one of the 15 designs created by the Zuffenhausen brand between 2005 and 2019 that are now being revealed in a new book suitably called “Porsche Unseen.” The design team envisioned the minivan with an exterior inspired by a space shuttle “with exciting proportions.” They took the company’s latest design language, adapted for an MPV shape and a zero-emissions powertrain. 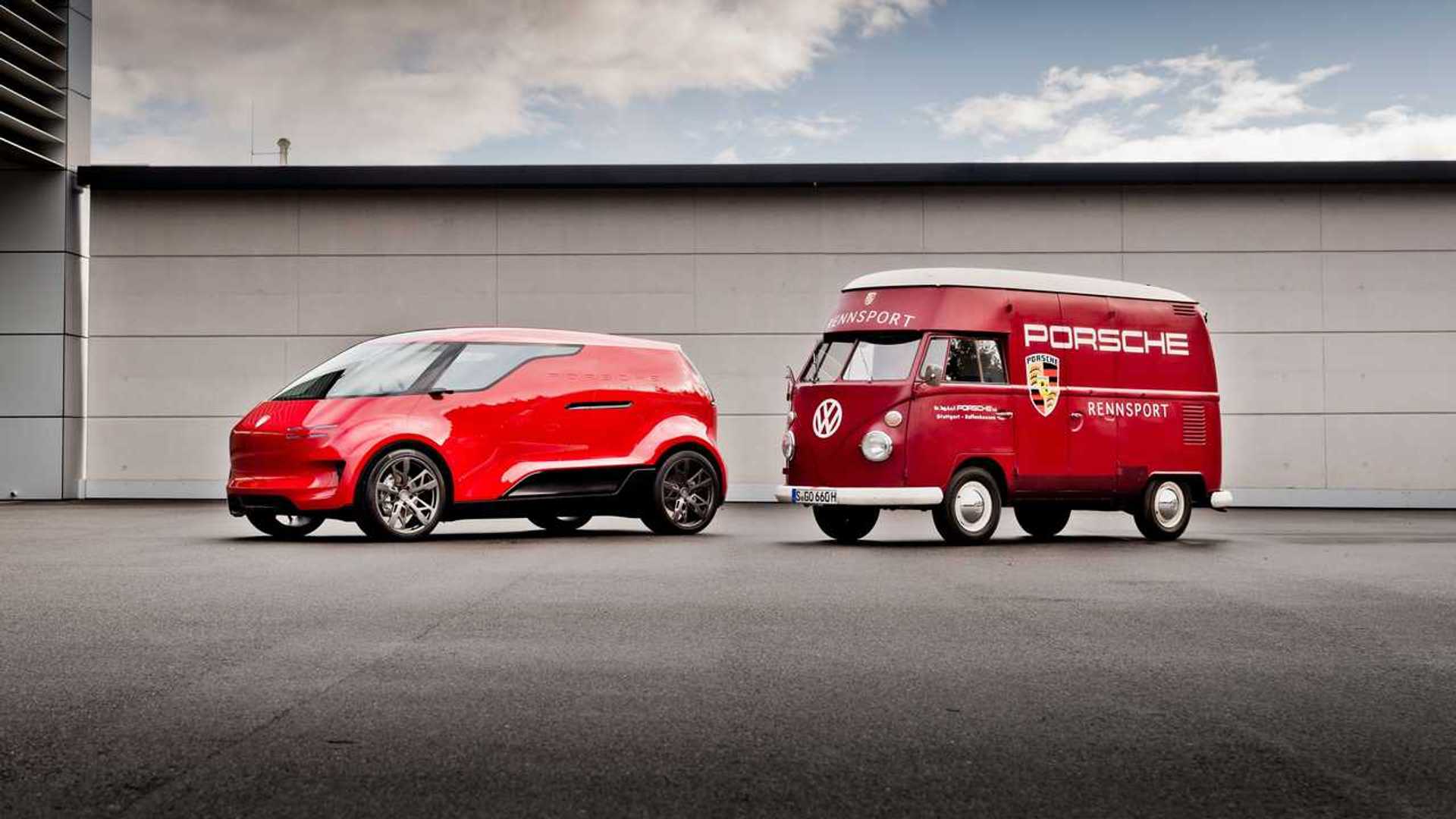 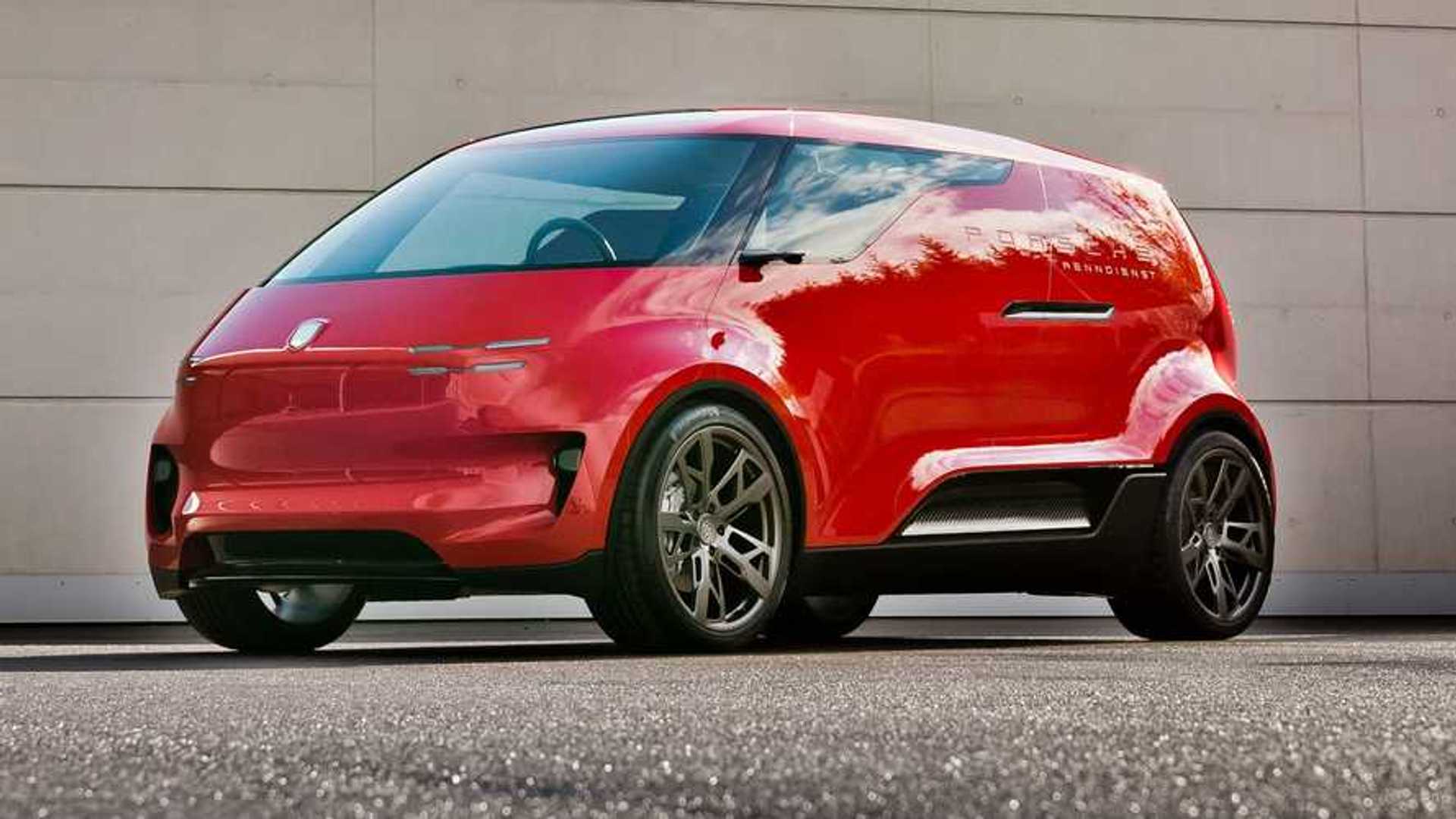 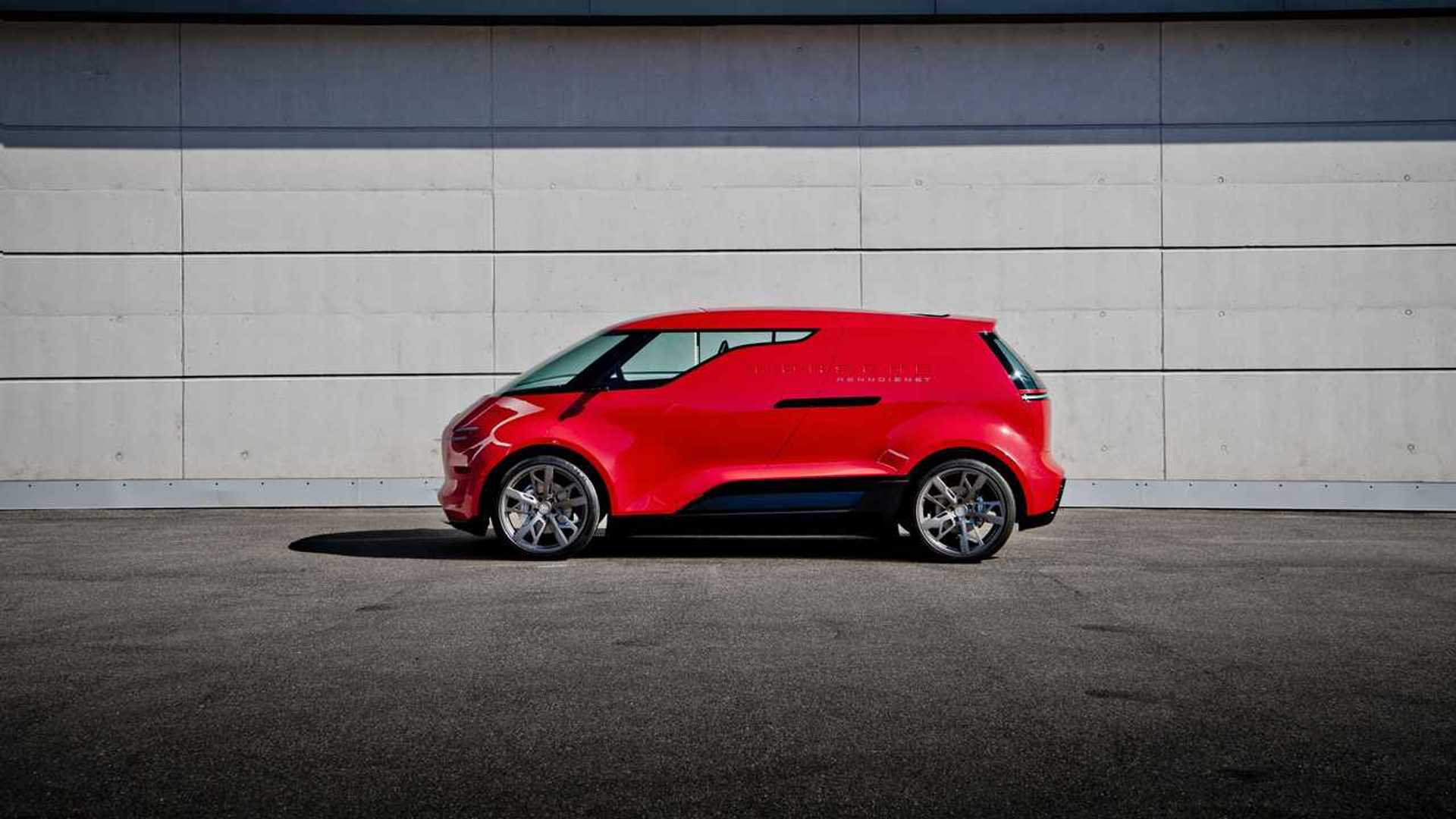 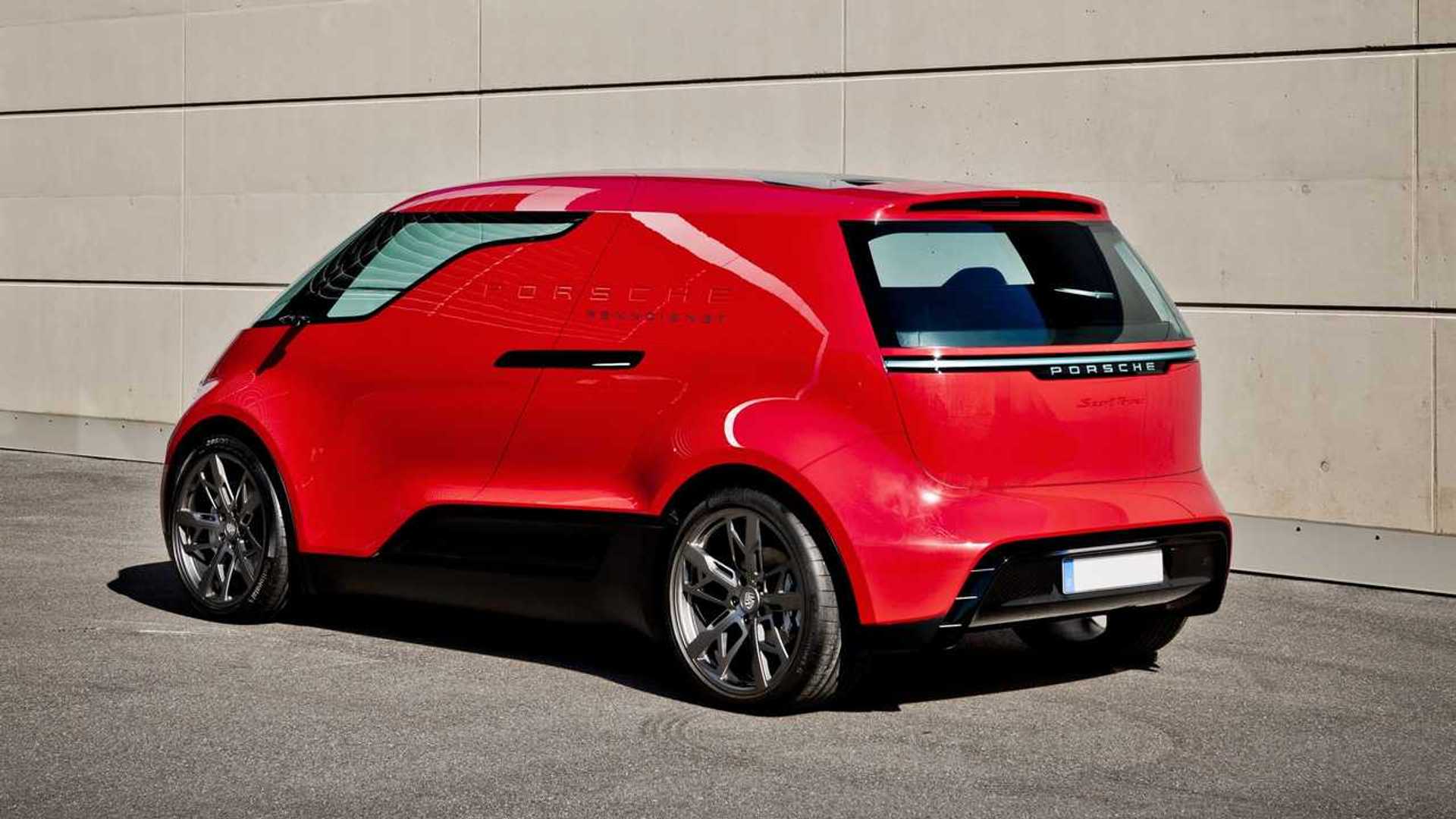 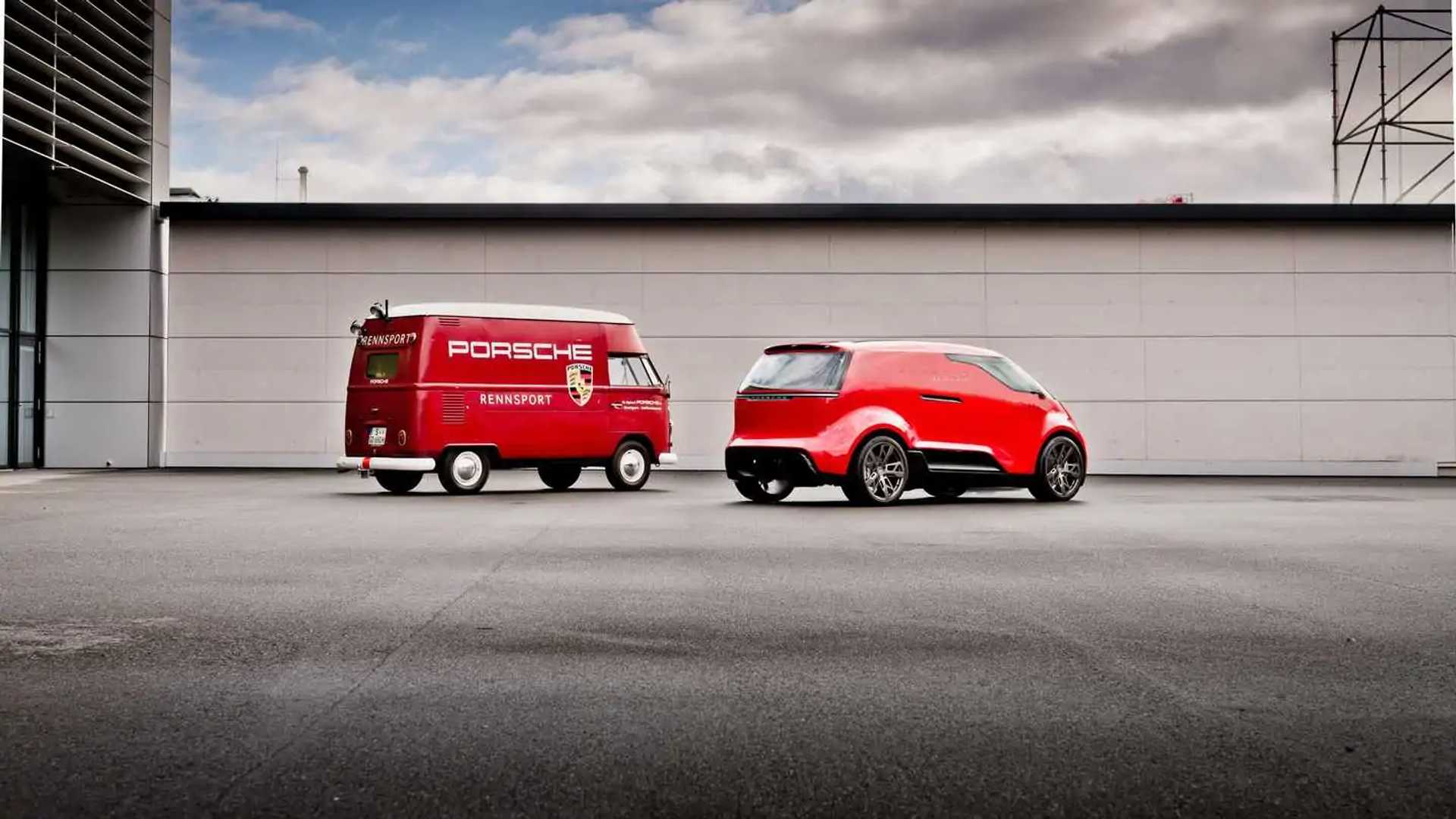 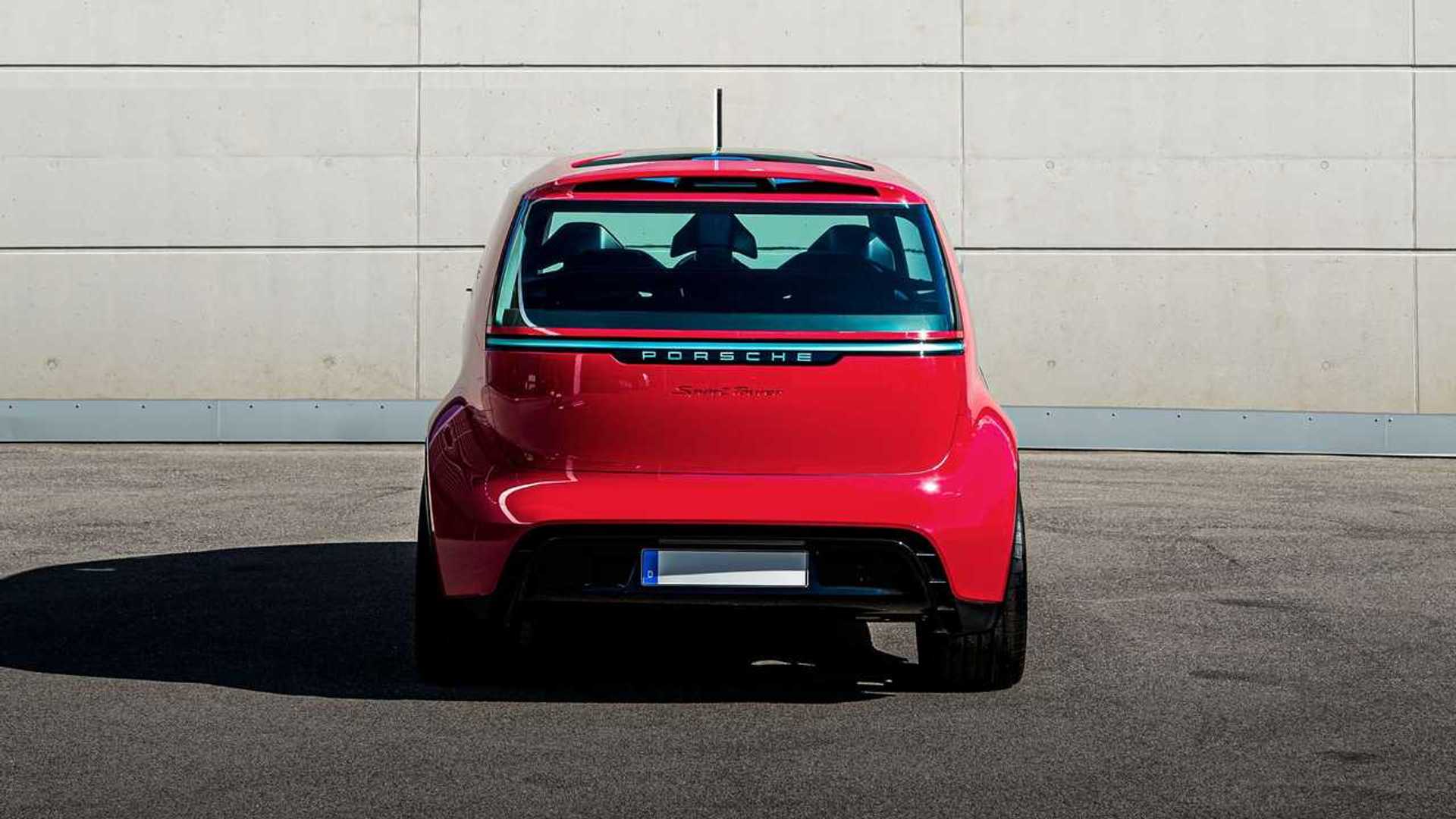 The EV bits and pieces have all been installed in the underbody in order to maximize interior room. Sadly not shown in the images or the adjacent video, the cabin is said to be large enough to accommodate up to six people. As previously hinted in the teaser, there’s a central driver’s seat with two passengers on each side in a McLaren F1-esque layout, but with three more seats in the back.

Even if you’re not a big fan of minivans, you have to admit the Vision Renndienst looks pretty cool with its swanky greenhouse and the gently sloped roofline. The minimalist lights at the front and rear lend it a futuristic vibe, much like the tiny side cameras and short overhangs. There’s even a roof spoiler in the back where the tailgate carries the “Sport Tourer” lettering.

It’s being shown alongside an old VW T1 with the Porsche Rennsport (“Racing”) branding as the scale model is dubbed Renndienst (“Racing service”). Porsche must’ve envisioned the concept as a support vehicle for a hypothetical racing car rather than serving as a plain minivan to haul the kids to and from soccer practice.

With the risk of pointing the obvious, the Porsche Vision Renndienst won’t be going into production anytime soon. I guess you’ll have to settle for a production version of VW’s ID Buzz due to arrive in 2022.