Tesla is not only an EV pioneer but the world’s largest battery-electric car manufacturer, which accustomed us to amazing and quite consistent growth.

Here is a presentation of Tesla vehicle production and deliveries for each year since 2014, in a 3D real scale on a background of a large city.

Tesla was started in 2003, while the first Tesla Roadster cars were delivered in 2008.

In the first half of 2022, Tesla delivered more than half a million electric cars, which indicates that 2022 will bring a new, significant record – well over 1 million BEVs.

Here is another view, quarter by quarter. According to preliminary reports, there is a very big chance that in Q3 Tesla will achieve a new all-time quarterly record of BEV production and deliveries. A clear indication of that is that the plants in California and in China are at full swing. 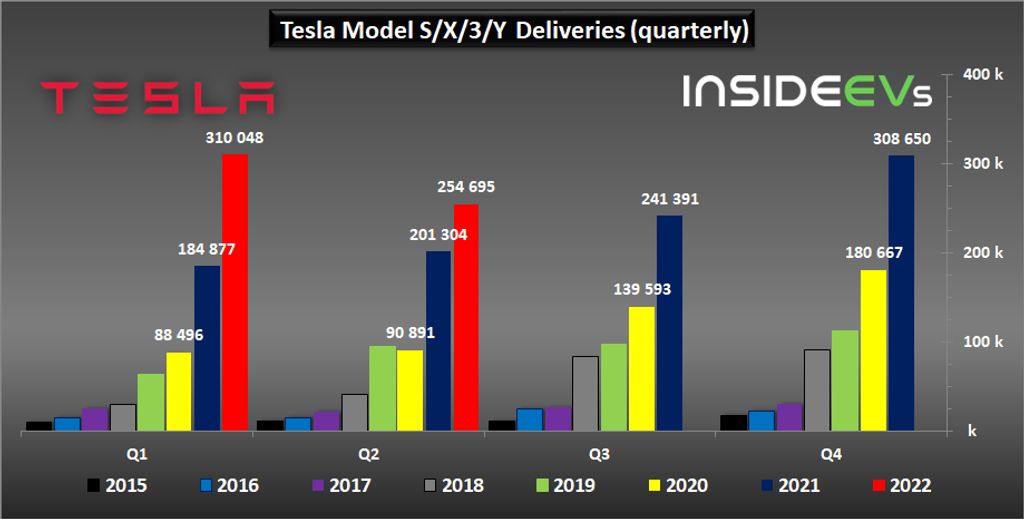