Italian YouTuber Giovanni Fois doesn’t normally make car videos. By looking at his previous videos, he really seems to like food a lot. The above video is completely in Italian, so I had a hard time following sometimes but since it’s a drag race video, a lot of it was self-explanatory (YouTube translate helped a little). What’s humorous is the fact that the drag race was done on a track at a safe driving center in Italy.

The Ferrari Portofino didn’t have much of a chance. It’s quick and has plenty of power, but it’s a GT roadster and is Ferrari’s entry-level model. That’s why it losses both the race with the Model 3 and Lamborghini. To be fair, it left the line a little late against the Model 3 twice.

The Model 3 didn’t have much of a chance against the Huracan Evo because that supercar practically accelerates like an EV. When Motor Trend tested it, it hit 60 mph in just 2.5 seconds. Still, the Model 3 performed well. The first race was an even launch and the Model 3 loses. But in the second one, the Model 3 got the jump. The EV was ahead for a bit but the Huracan Evo caught up and rocketed by for the win.

At one point in the video, the interior of the Model 3 is shown with an aftermarket digital instrument cluster seen below. Some owners purchase those due to the Model 3’s lack of a driver’s display behind the steering wheel. 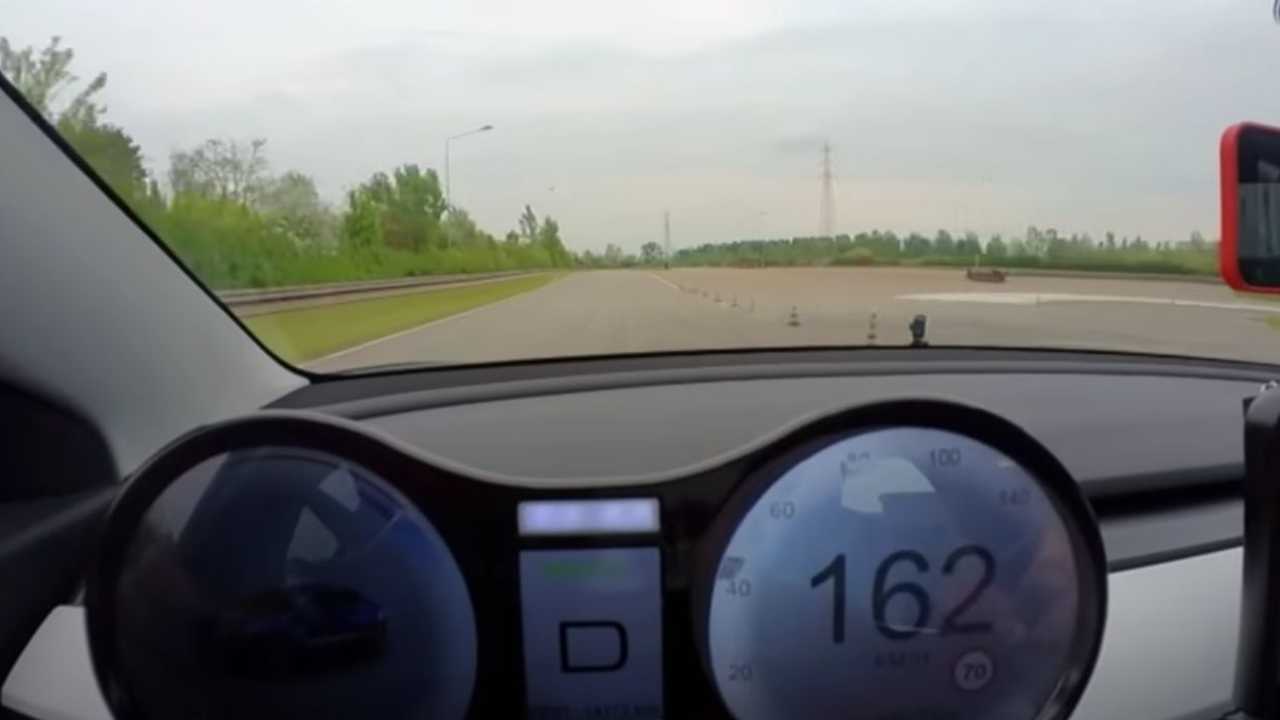