Tesla announced that its Supercharging network in mainland China has expanded to 500 stations! Let’s recall that the total number of Supercharging stations exceeds 2,200 (globally).

The first station was installed in April 2014 and it took more than two years to reach the milestone of 100 stations. 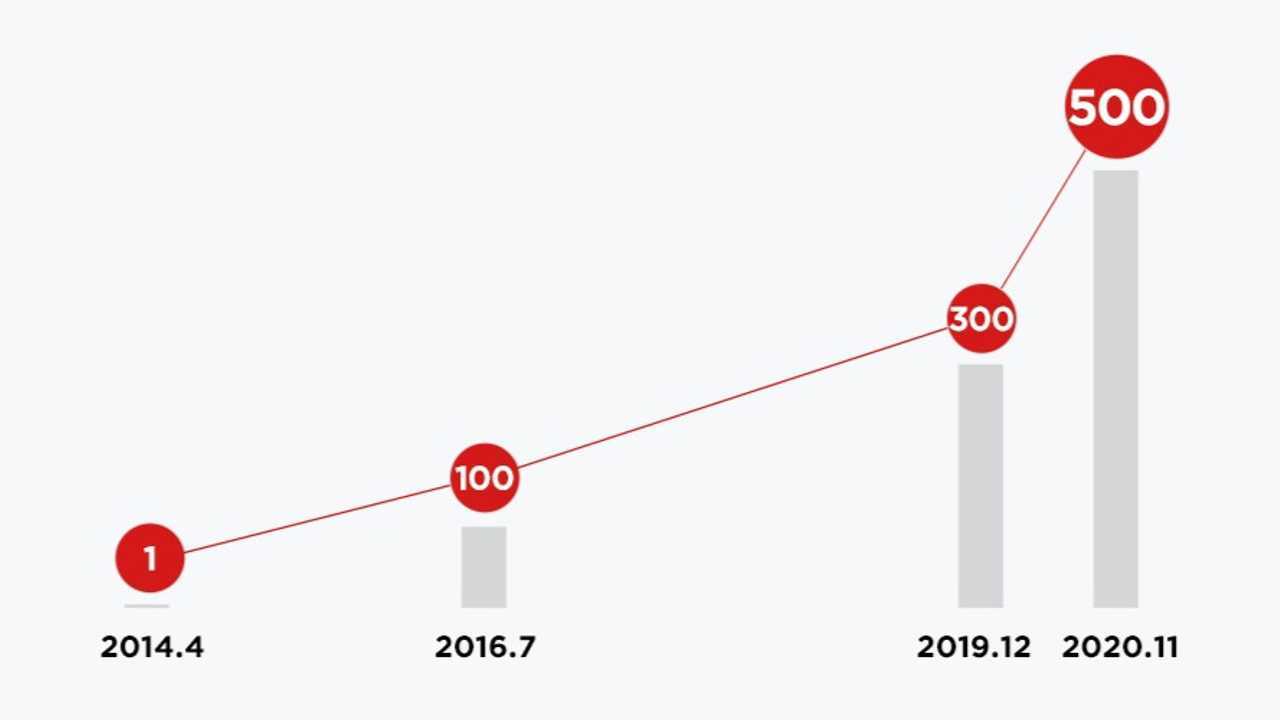 With such fast progress, it’s not a surprise that Tesla intends to produce the Superchargers locally in China. It also suggests that the company will expand the network an even faster rate than today.

The top of the line V3 Superchargers can provide up to 250 kW of power.

Here is the full infographic from Tesla: