The Plaid is the new all-time four-door car “Dougscore” champion with a total of 73 points.

The Tesla Model S Plaid has finally got in the hands of Doug DeMuro, and as you can imagine, the popular car vlogger had a lot to talk about.

In fact, he had so many things to cover about the Model S Plaid that his video review exceeds 38 minutes. If you don’t have that much time to spend, we’ll give you the highlights.

As you probably expected, Doug starts the review with the interior, more specifically the yoke, which he describes as weird. That’s a word he also uses for the predictive gear selector, though he points out that if you don’t want to rely on it, you can always use the cursor on the display to put the car in drive, reverse or park. If the screen somehow stops working, the PRND backup buttons on the center console will take over.

DeMuro appreciates Tesla’s minimalist approach to the Model S Plaid interior and deems the cabin a vast improvement over the previous model both in terms of space—though the quality of materials still lets it down compared to cars in the same price range. 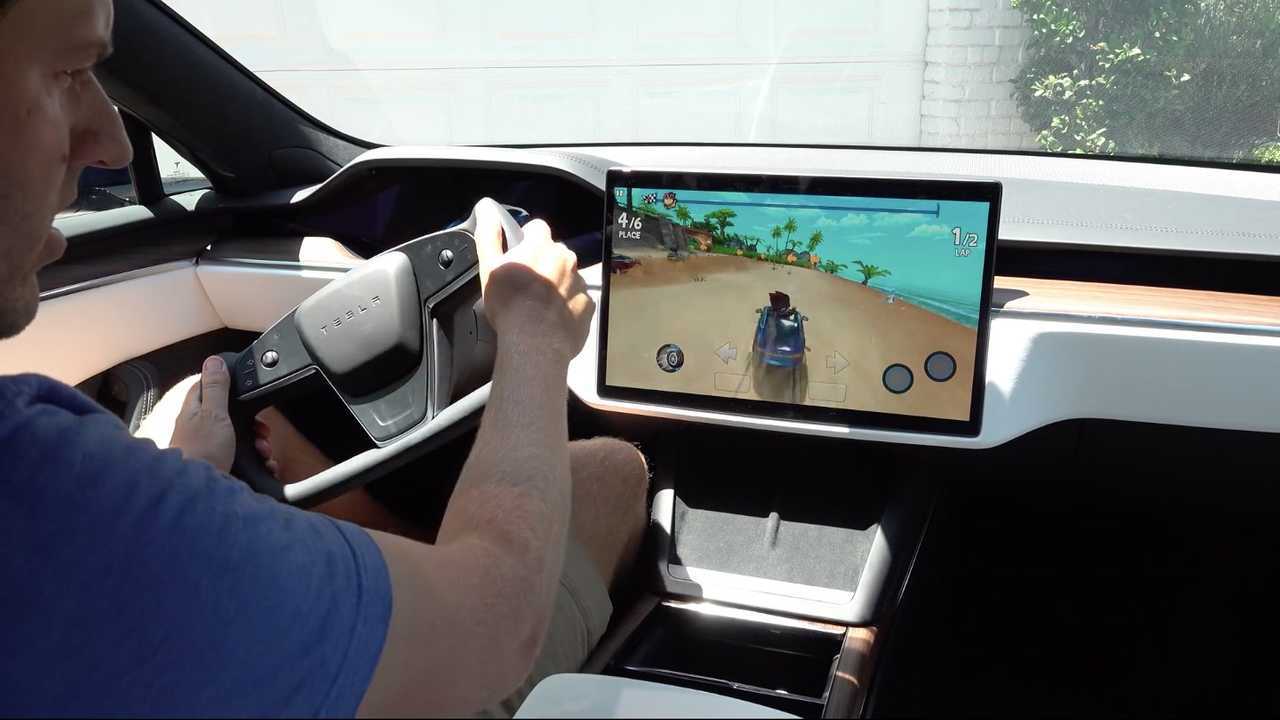 Special mention goes to the hidden air vents, lack of buttons, and obviously the center screen that controls everything in the car. Speaking of that, Doug mistakes the Bioweapon Defense Mode icon with an “atomic button” that blasts air at full speed inside the car, but that’s an honest mistake on a car that’s so complex and loaded with gimmicks.

He also mentions the car arcade games you can play in the Model S Plaid using the yoke and pedals as “the coolest thing in the world.” The customizable car sounds and horn are also on Doug’s fun list, although he believes using the screen is overkill for other functions like locking the doors or releasing the glovebox door.

This being Doug DeMuro, he dedicates more than half of the video to the Model S Plaid’s interior, so if you’re into quirks and features, you’ll have a lot on your plate. That said, he does tackle some issues with this particular Model S Plaid, including subpar paint quality and door handles that sometimes refuse to work.

Other than that, the review is one of the most positive we’ve seen on this channel, and the car’s insane acceleration is obviously the cherry on top.