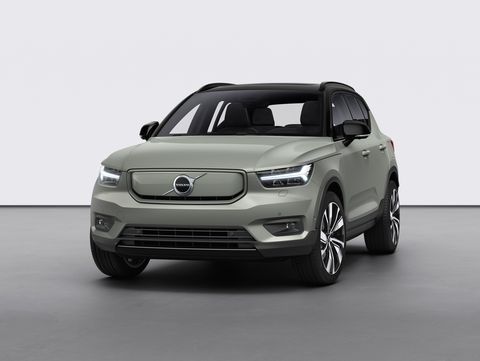 Volvo has only just launched its first EV, the XC40 Recharge P8, but the Swedish company is already planning for the end of internal combustion. That’s because it is seeing what many other premium automakers are regarding as a crisis – the forthcoming ban on non-EVs in many parts of the world, possibly including California – as an opportunity to increase market share.

The brand is certainly leaping in with both feet. Volvo says fully half of its global production volume will be electric as soon as 2025, with CEO Hakan Samuelsson telling Autoweek that means we can expect to see the launch of at least one new electric model a year up to that point.

The next of these, due next year, sits on the same CMA architecture underpinning the XC40 and Polestar 1, with Samuelsson hinting this will be EV-only. Beyond that he says the successor to the hugely popular XC90 will come in both EV and hybrid flavors, and also that his company is already working on a smaller EV sitting on the new SEA platform that Volvo’s ultimate parent, Geely, is developing in China.

Samuelsson acknowledged to us that Volvo doesn’t know how quickly the world’s upmarket car buyers will switch to full electrification, and admitted this is likely to take place at different speeds in different territories – with much of the U.S. likely to be among the slower adopters. But he also told Autoweek his company is already planning for the effective end of combustion engines, with the next XC90 potentially being the last Volvo to be launched with the option of a piston powertrain. “Our ambition is definitely that we should be fully electric before it is made mandatory by governments,” he told us, “I think it is interesting that the discussion has broadened in a lot of places – California, the UK, even Bavaria in Germany are talking about 2035… and keeping cars in production that cannot be sold globally is probably not in line with our strategy.” 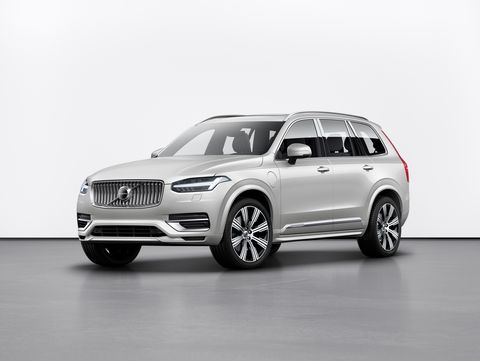 “We are convinced the premium segment will be electric in the future, you can speculate on how long it will be until all premium cars are electric, but we have drawn the conclusion that if we want to be fast growing we should concentrate on that segment. It is much smarter for us than to try and take market share in a shrinking conventional car segment.”

There’s an element of risk in any gamble, and Volvo could be critically exposed if the world doesn’t move towards EVs at the speed Samuelsson thinks it will. But the potential rewards are huge, too.

“I think this is a once in a lifetime opportunity for the company,” Samuelsson says, “and that’s really what we’re going to do.”

What do you think of Volvo’s plan to go all EV? Let us know in the comments.