The unidentified person unplugged the Model 3 because “overcharging in this heat will blow up this battery.”

Electric vehicle sales have taken off in recent years, but there are still people who don’t really understand how they work and what they’re about.

The most common reaction to something people don’t understand is fear, and that’s exactly the emotion that drove a “concerned resident” to unplug a Tesla Model 3 from a residential parking garage. The “good samaritan” was apparently worried because “overcharging in this heat will blow up this battery.”

Oliver James, the EV’s owner, posted on the Tesla Model 3 Owners Club the note the unknown neighbor stuck to his car, which also read “Google it!!! Tesla battery blow up.” What’s even more bizarre about the incident that occurred this month is that it wasn’t even that hot that day at 86 degrees Fahrenheit (30 degrees Celsius). 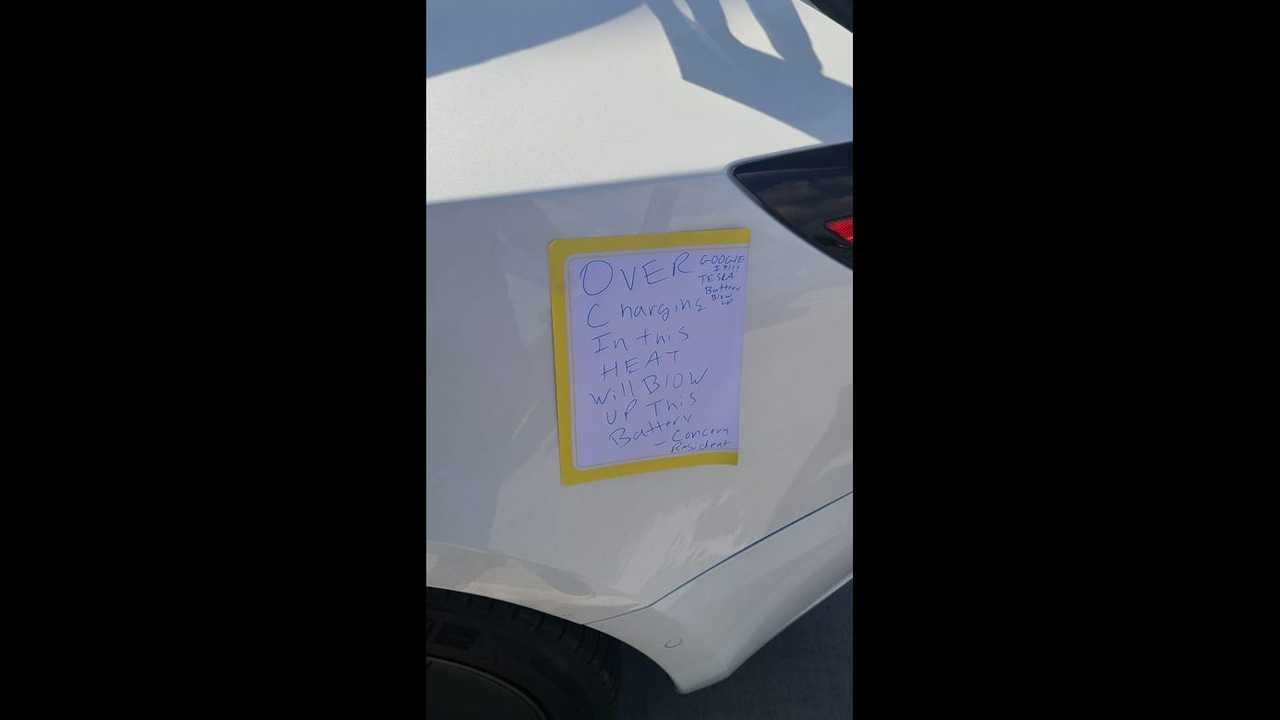 Anyway, the owner says he was more bothered by the fact that the “concerned resident” did not just slip in the note under the wipers like most people do. No, the individual taped the note close to the EV’s charging port, a sign that they were not trolling; they were genuinely worried about the Model 3 catching on fire.

As it turns out, their concern was not based on actual facts, as Tesla’s battery management system is known to handle any risk of overcharging. For those who don’t trust that, the stats don’t lie.

Despite these facts, some people still believe electric cars are more dangerous than internal combustion vehicles, and will probably continue to do so for a while. As long as that doesn’t translate into random people unplugging EVs in parking lots over fears of batteries blowing up, everything should be okay.