Automotive styling moves pretty fast, and one of the most difficult feats for auto designers to pull off is future-proofing a design to the point that it won’t look visibly dated after a decade or more in production. Some notable designs that have pulled off this feat over the past decade and a half have included the first-generation Audi R8, which still looks relatively fresh today, even though production began during the second George W. Bush administration in summer, 2006. Its corporate sibling, the Lamborghini Gallardo has also aged well visually, despite having entered production all the way back in 2003.

If the same challenge had been posed in the year 2000, inquiring about cars from the year 1985 that could pass for being fresh and modern, the list of contenders would have likely been almost empty. That’s how much time had passed in automotive design. Even the wildest concepts from the mid-1980s would have probably looked like dated sci-fi movie props by the year 2000, at best.

The situation in 2021 is a little different, as there are still quite a few cars on the road from the mid-2000s, and some of them have aged surprisingly well, allowing them to almost pass for a modern car on the outside… permitted your audience doesn’t quite know the timeline of its product cycles. 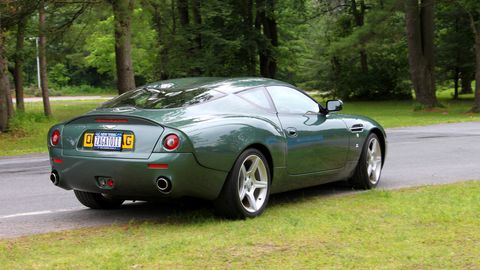 Another car that’s even older than the R8 but may still seem relatively fresh is Aston Martin DB7 Vantage Zagato, we would argue, and despite almost 20 years having passed since it entered production it still manages to look relatively modern.

A big part of the reason, of course, is that this Zagato design was so adventurous that it didn’t appear tied to any particular era, and there’s little frame of immediate reference—this could be something that Zagato released merely ten years ago, and it probably wouldn’t be knocked as outdated or tired in some fashion. It also helps that Aston Martin exterior designs have moved at a glacial pace over the past 20 years, allowing its cars from the early 2000s like the DB9 to look relatively fresh years later.

Now that’s we’ve shamelessly used up a couple of the usual suspects, we’d like to open it up to you.

What other cars from 15 years ago have aged the least, visually, and could pass for a relatively modern car today to a casual observer?