The year was 1989, and the world’s economy was charging forward unabated and everyone seemed to be high on life—and maybe something else. The wild ’80s were about to draw to a close, but that couldn’t happen before one of the most spectacular automotive designs of the decade was unveiled. Even so, when the doors at Japan’s Makuhari Messe convention center opened on October 26, 1989, no one could have predicted what awaited them inside. It was the Ferrari Mythos.

It’s not often Ferrari creates concept cars, let alone displays them at public motor shows. And that’s true of the Mythos, too, because technically, it is first and foremost a Pininfarina creation. It was designed to evoke the old dream cars of the Sixties but with an unmistakably modern twist. 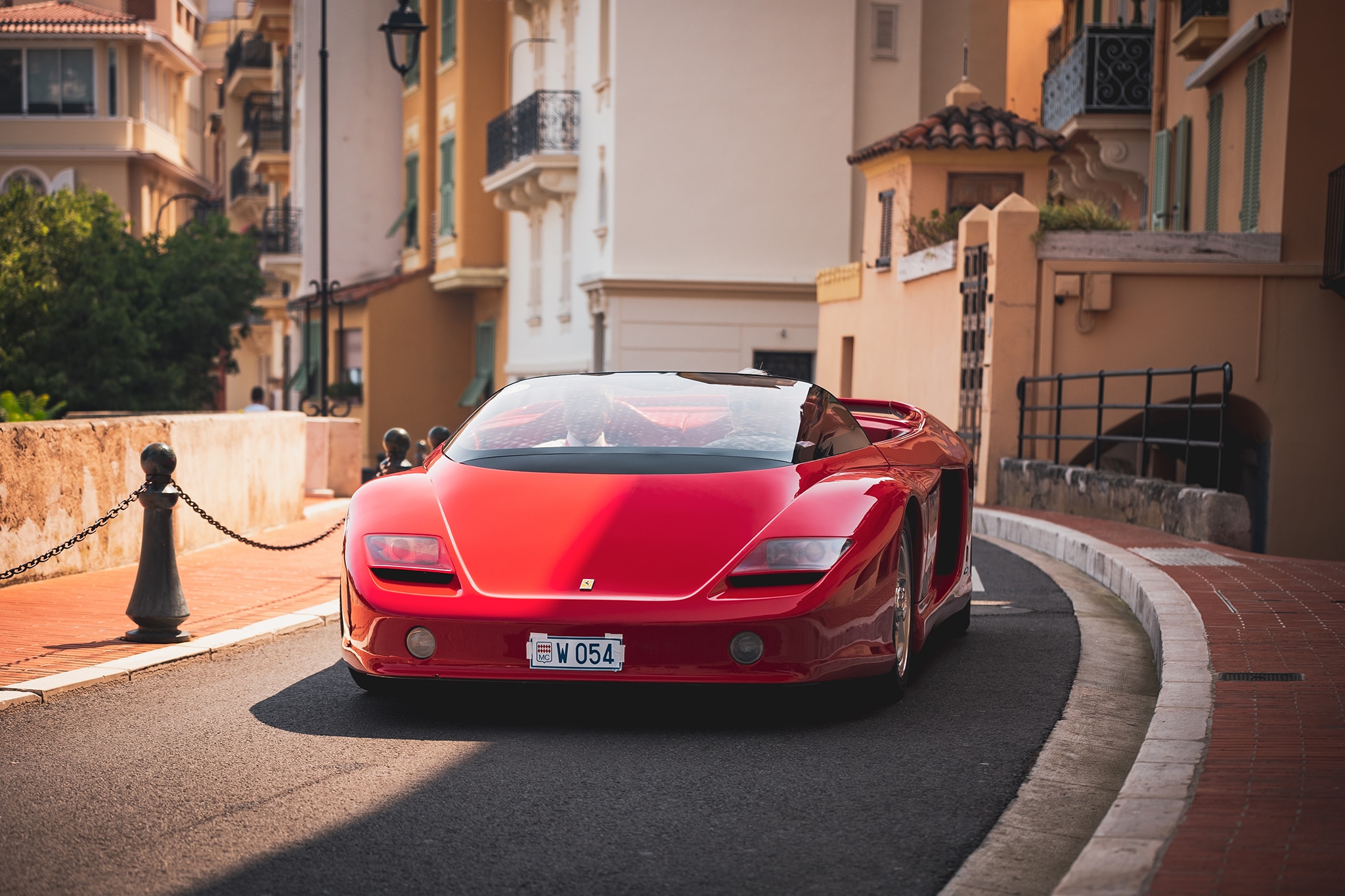 Showing it at the Tokyo Motor Show was no accident, as Japan was riding high on a virtually unmatched economic bubble and buyer confidence was at its peak. Pininfarina wanted to show Japan, the world, and—most important—Ferrari what it was capable of, that the Italian design house still had its mojo.

The Mythos was based on a Ferrari Testarossa, itself already a legend in the making, but Pininfarina felt it could push that car’s already exotic design much farther. Opting for a barchetta-style body, the resulting Mythos’s low, wedgy shape was helped by the Testarossa’s flat-12 engine configuration.

Pininfarina left the internals untouched. That meant a 4.9-liter 12-cylinder engine producing roughly 390 horsepower and 261 lb-ft of torque. The Mythos was launched just on the heels of the F40 and Ferrari’s own experimentation with carbon fiber, and much of the concept’s body was made from lightweight composite materials. This helped gift it with a feathery, 2756-pound curb weight.

In charge of the Mythos’s styling was Pietro Camardella, who had also worked on the F40 and who would eventually use his work on the concept as inspiration for a later project with Ferrari and Pininfarina: the F50. Looking at both cars, there are clear similarities between the two, the overall body shape being the most obvious, but also details such as the rear air intakes and wing. 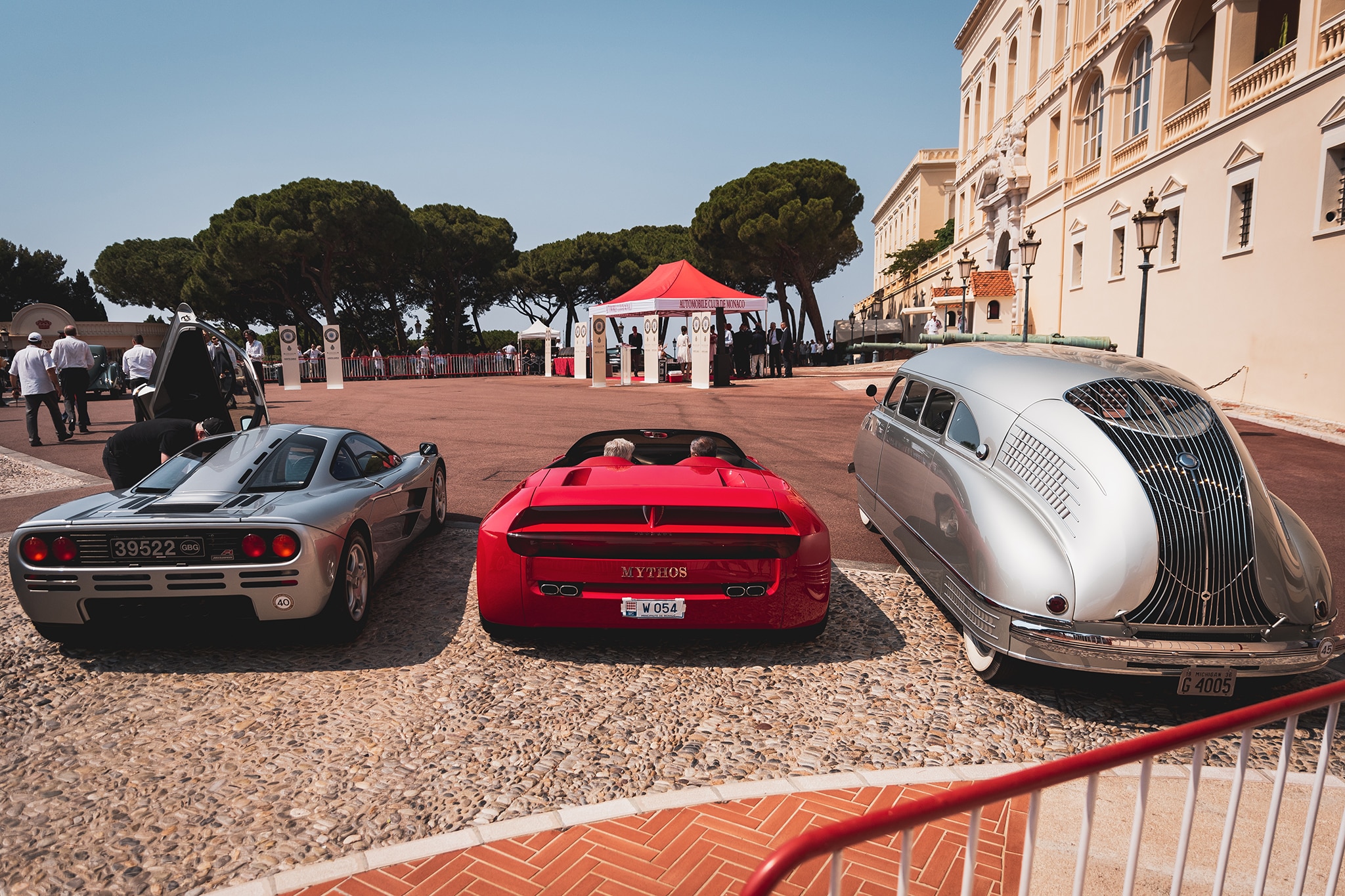 Though intended to be purely a styling exercise and not for production, the Mythos unsurprisingly caught the eyes of few well-heeled collectors. One such collector was Shiro Kosaka. A huge admirer of Italian cars, he already had a large collection of primarily Abarth and Pininfarina products that eventually was displayed in his Gallery Abarth Museum in the foothills of Mount Fuji. Unfortunately, that museum is no longer open.

As soon as Kosaka saw the Mythos at the Tokyo show, he was in love. He was determined to own it and after two years of discussions, he eventually convinced Pininfarina to sell the car to him for an undisclosed amount. The car was then sent to his museum before it permanently closed in the mid-2000s. Oddly, photos of the Mythos were not permitted even though the other cars in the museum were fair game.

After the closure of Gallery Abarth, the Mythos was housed at Pininfarina’s headquarters in Cambiano, Italy. The concept’s surprise appearance at this year’s inaugural Monaco Concours marked the first time in its 30-year history that it was driven on public roads, according to Kosaka’s staff. Never registered in Japan, temporary Monaco plates were taped to the bumpers for the parade drive. 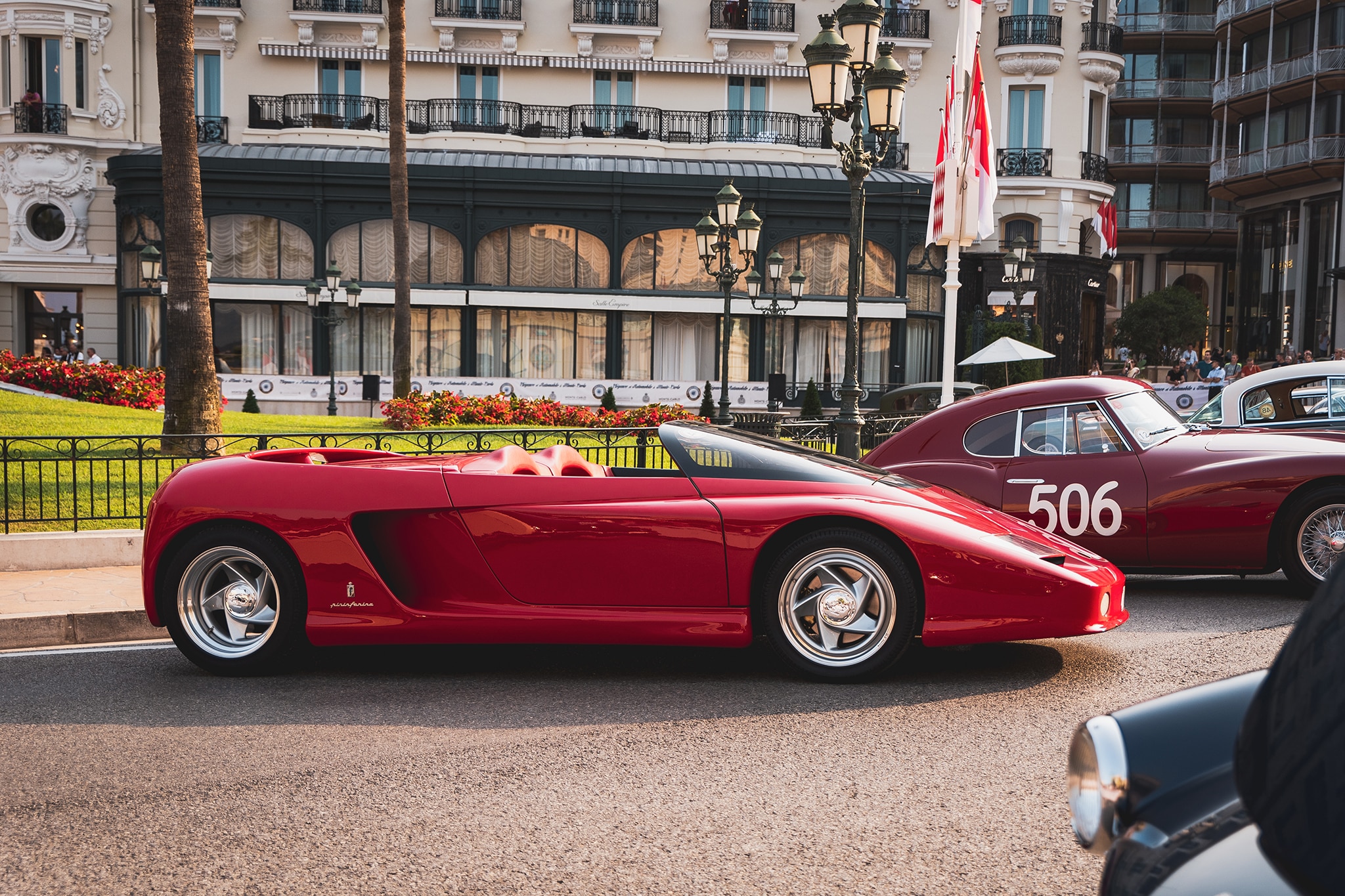 Kosaka’s staff told us it was the right time to show the car again on its 30th anniversary, and after making the rounds in Europe, it will be sent back to its adopted homeland of Japan. While the staff stressed this was the only one in the world, that is only true if you limit your understanding to it being the first prototype. It’s no secret the Sultan of Brunei commissioned two for his own collection after seeing the original displayed at the Tokyo Motor Show, one red and one blue. But Kosaka-san has the original.

Few automobiles in history have been shrouded in as much mystery as the Mythos. It’s one car even die-hard enthusiasts seem to have forgotten, and it appeared as if it would simply be locked away forever. But here it is again, out in the sunshine, and it’s as wonderful and awe-inspiring now as it was three decades ago. 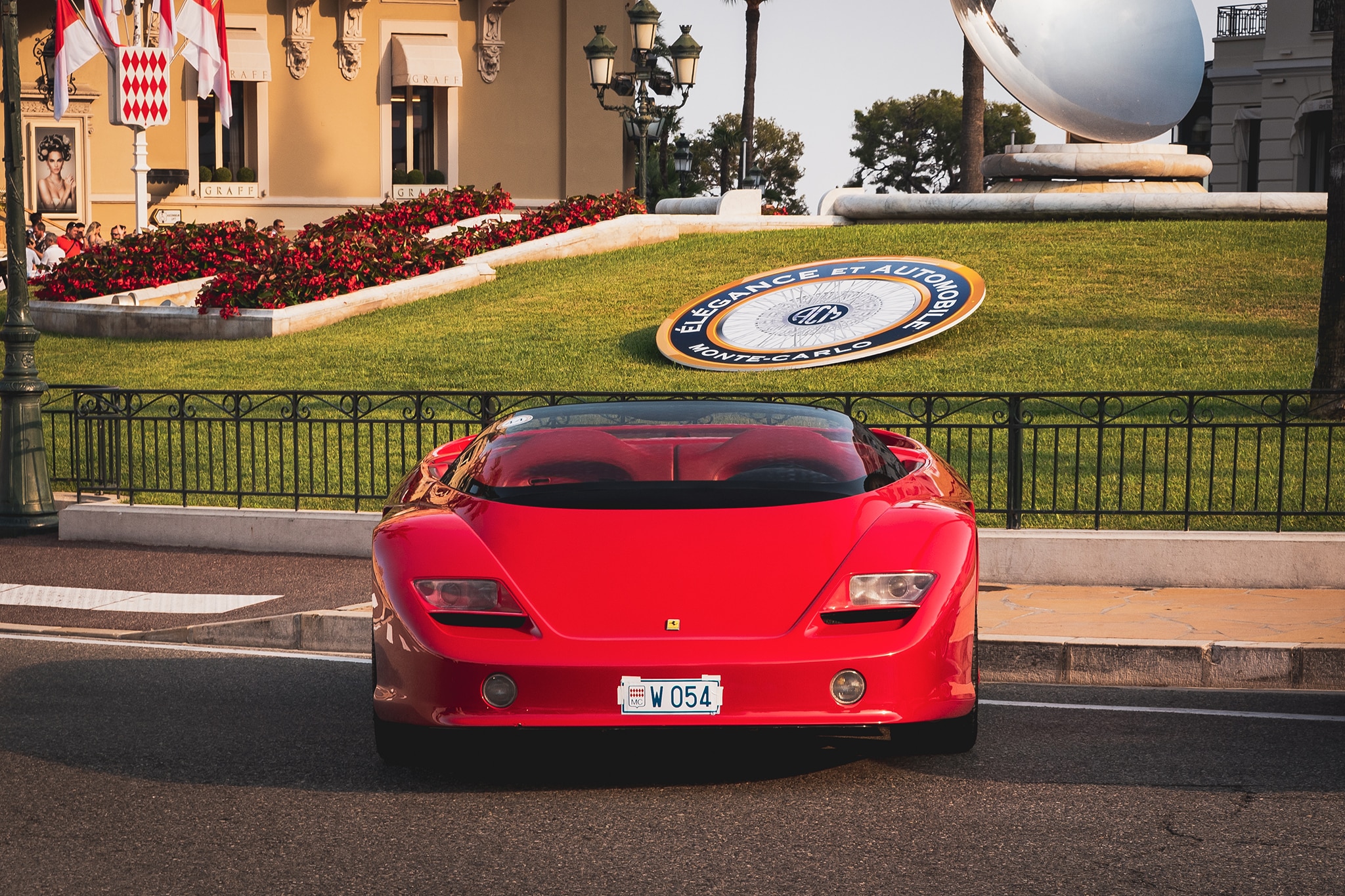 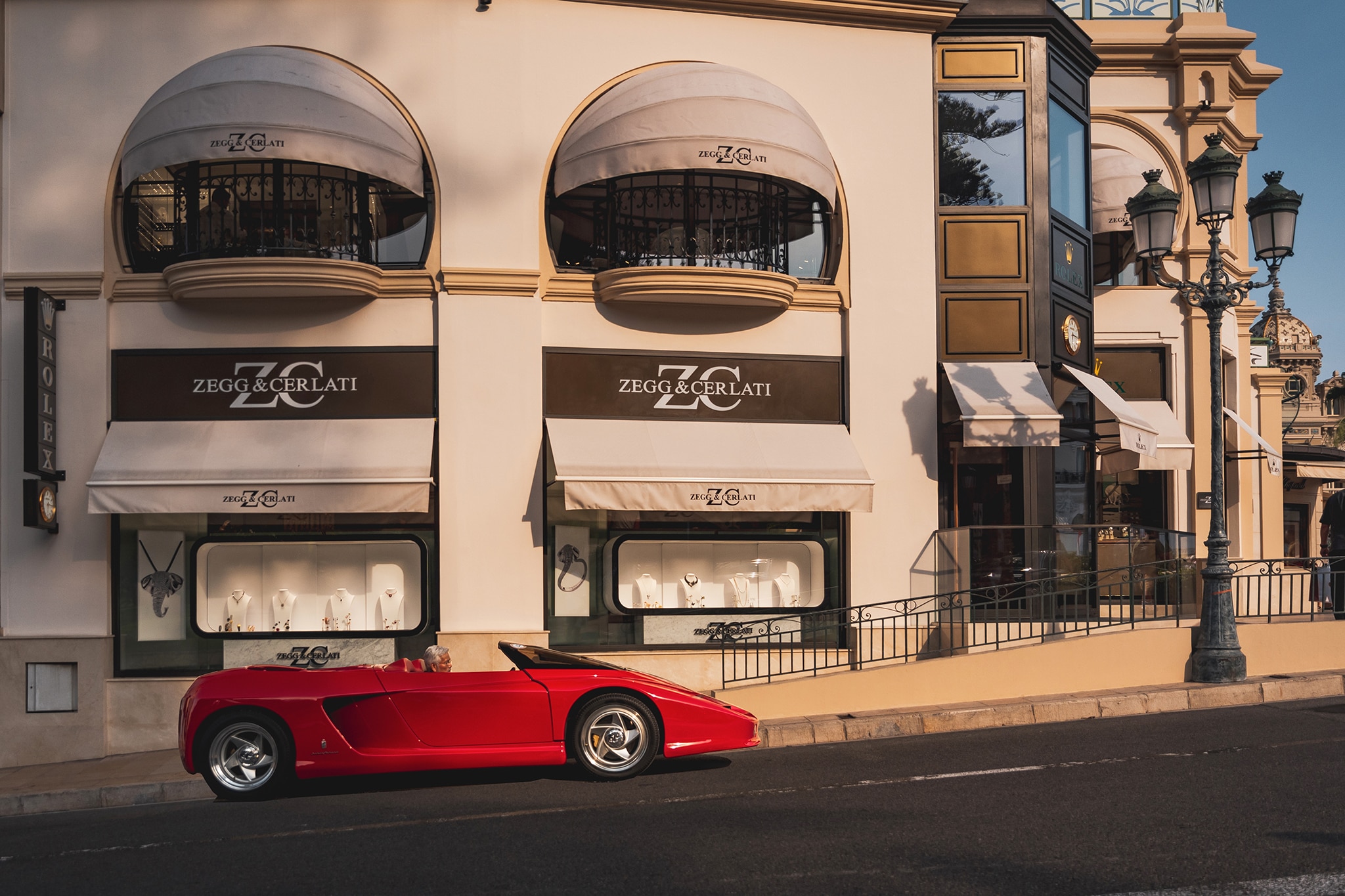 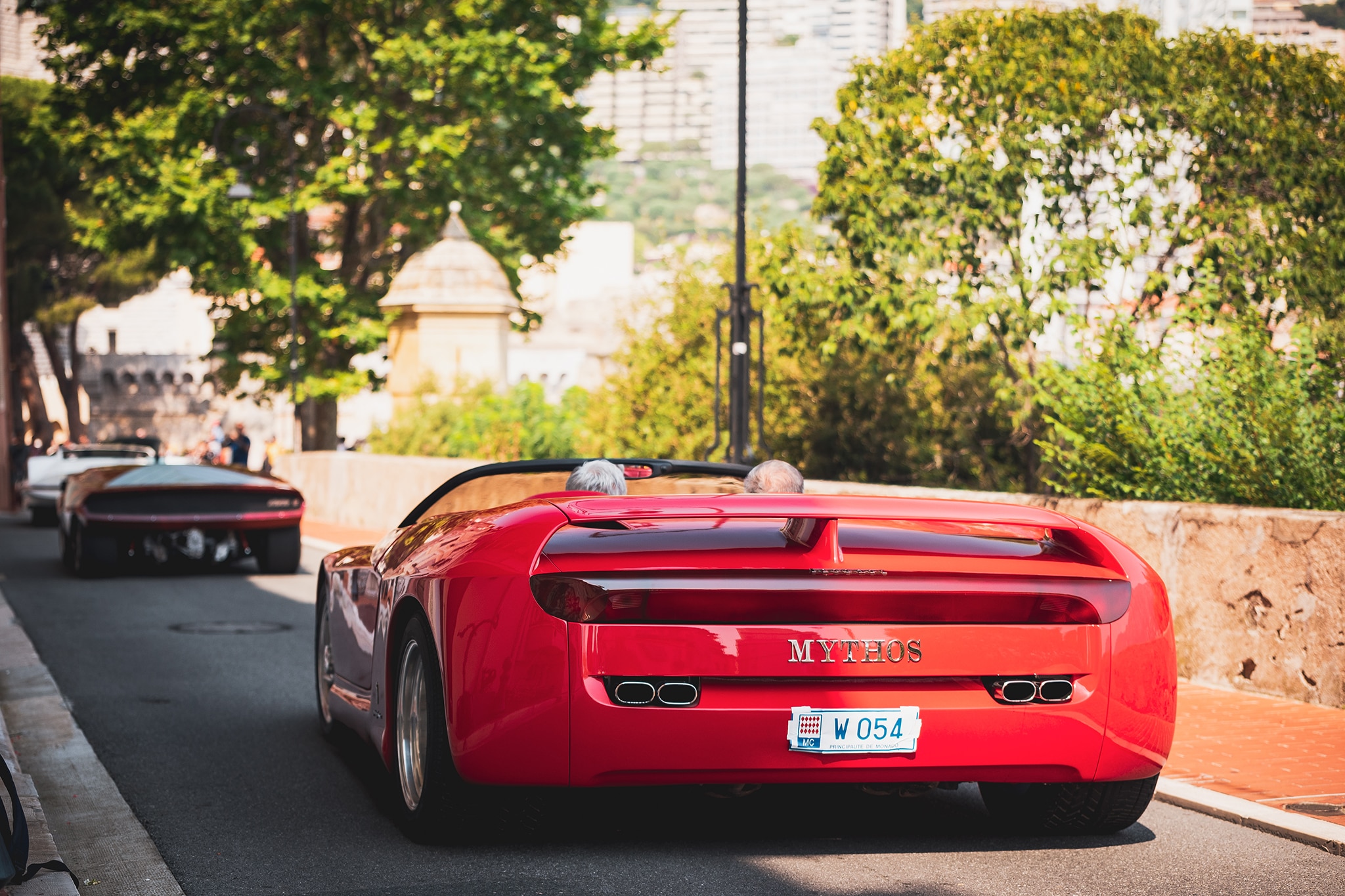 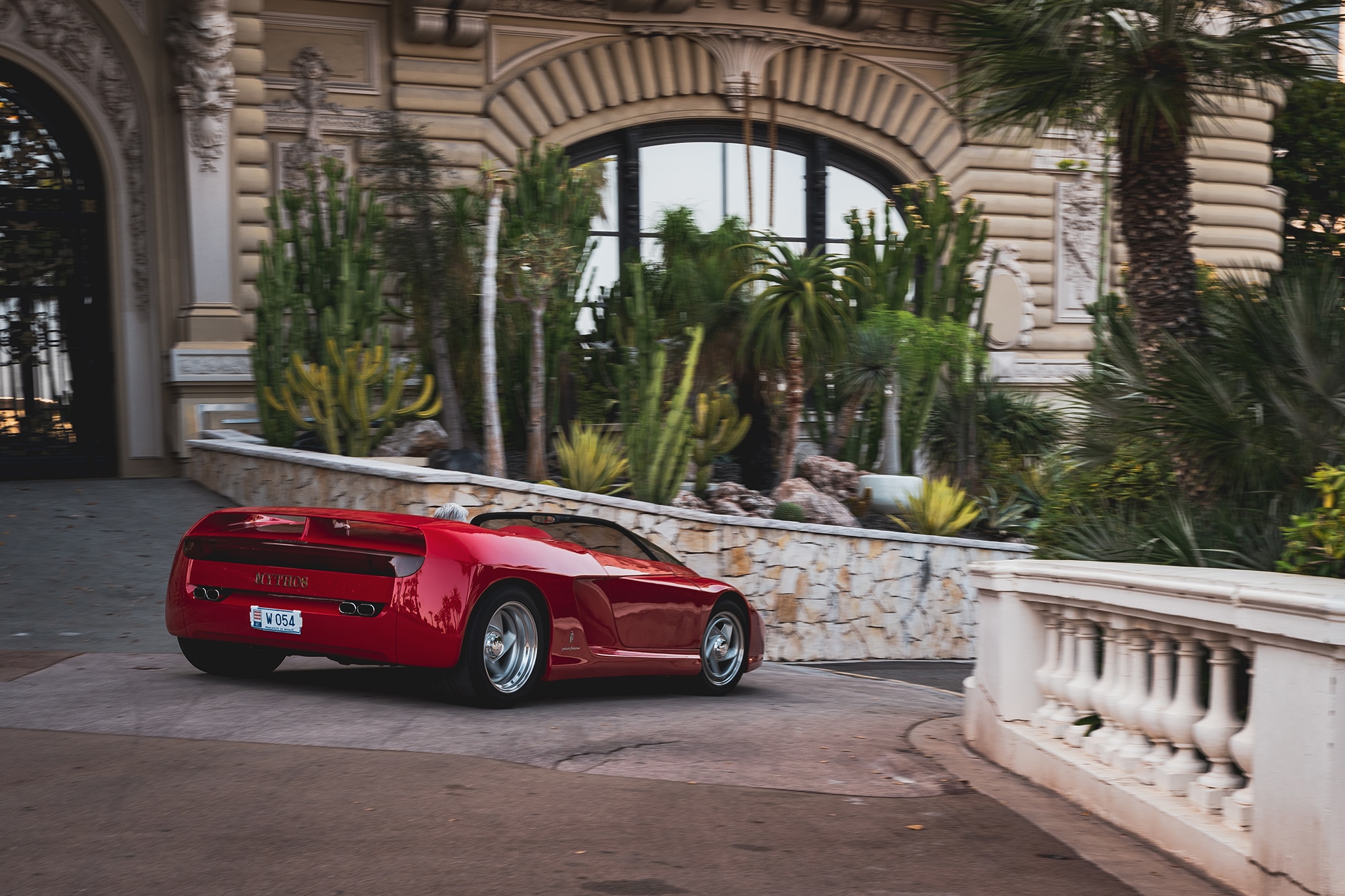 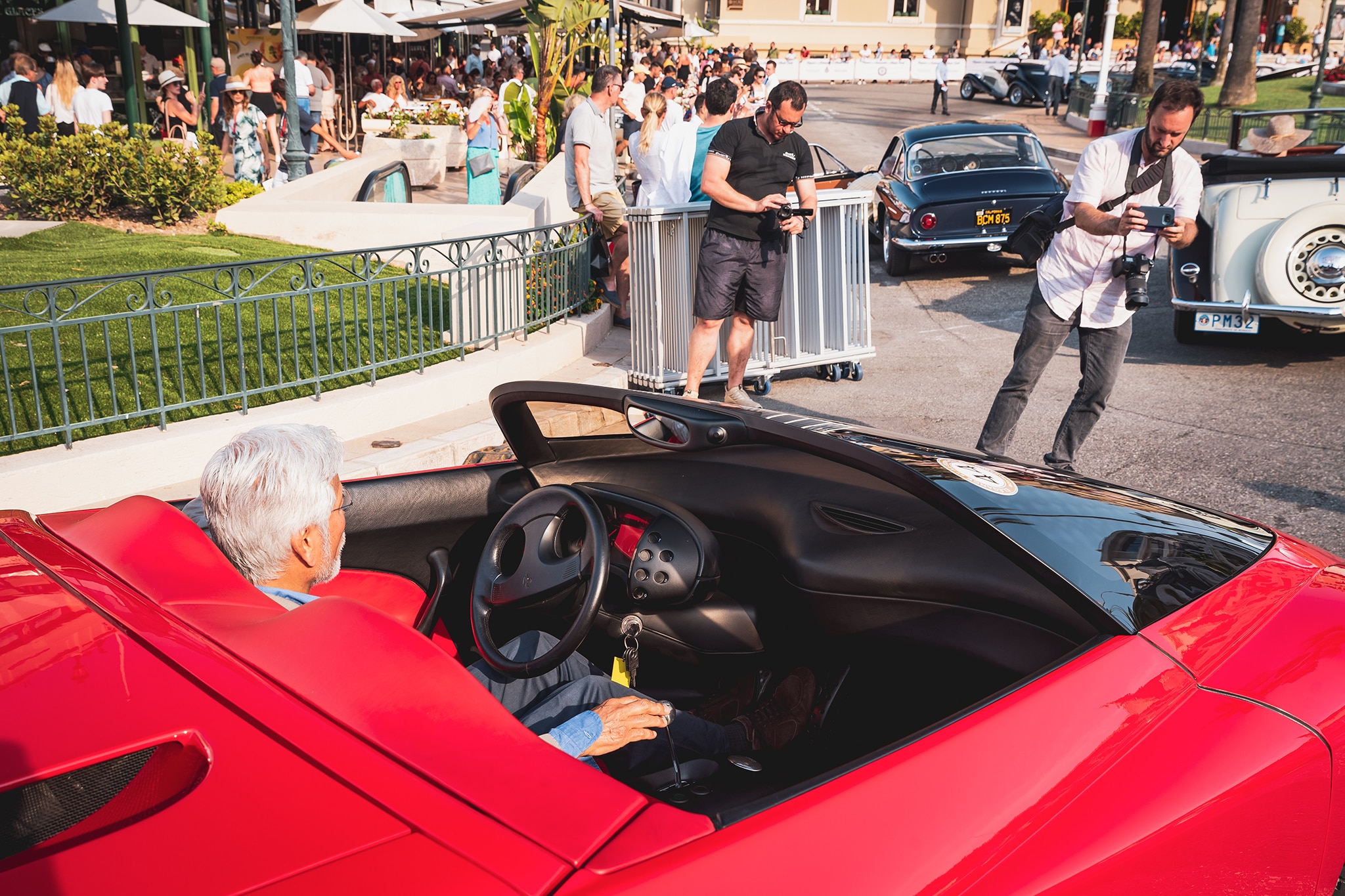 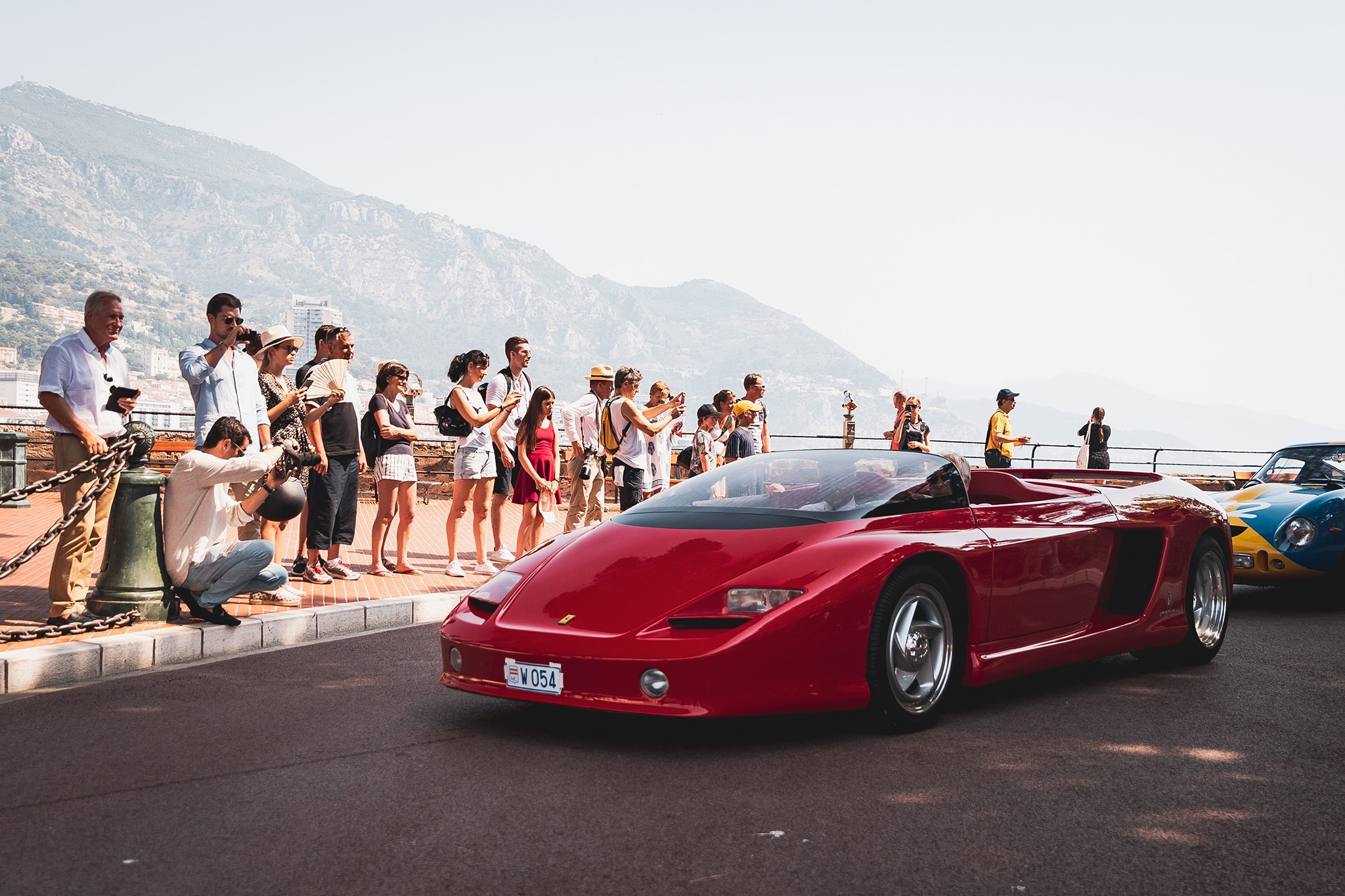 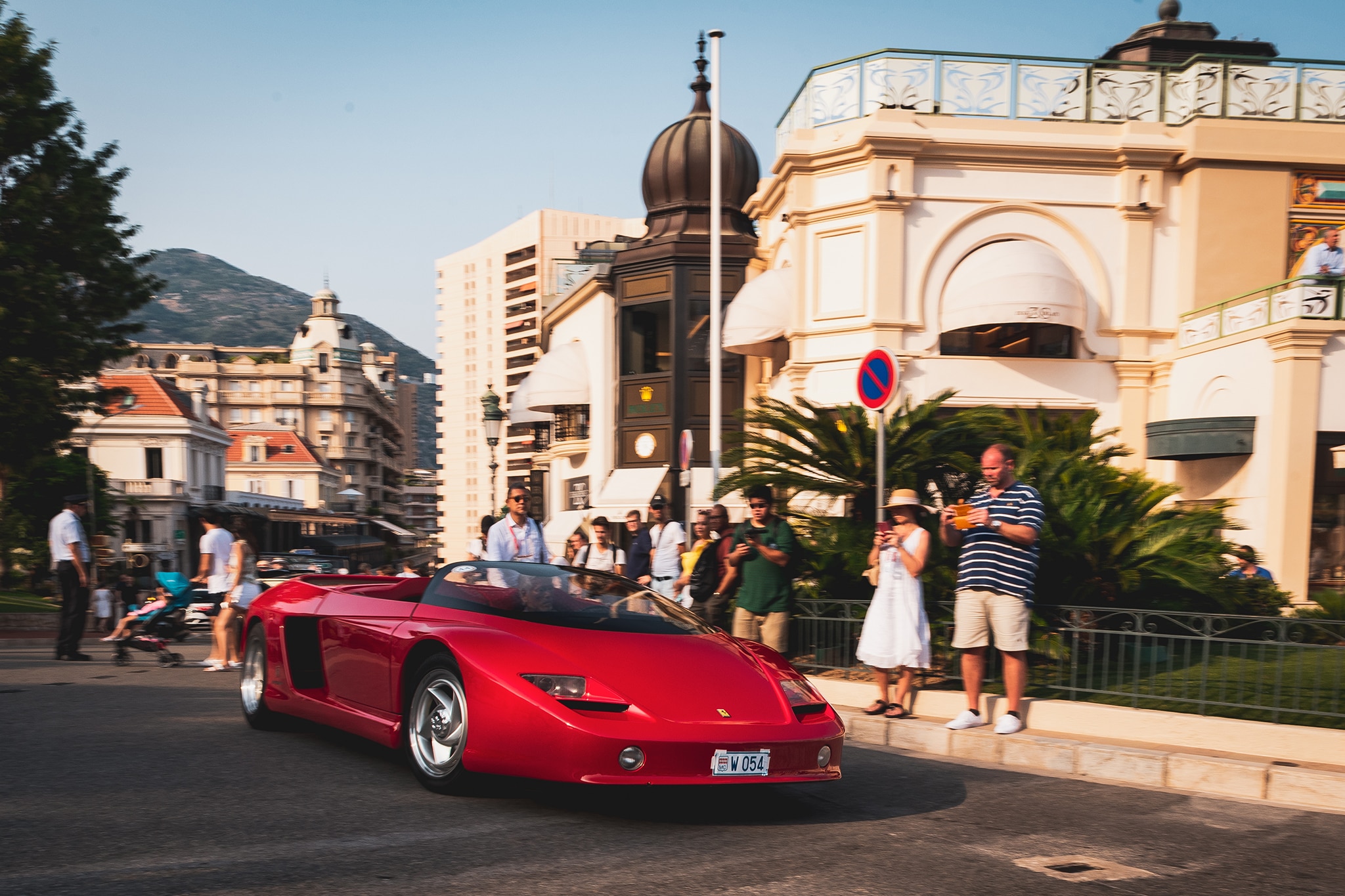 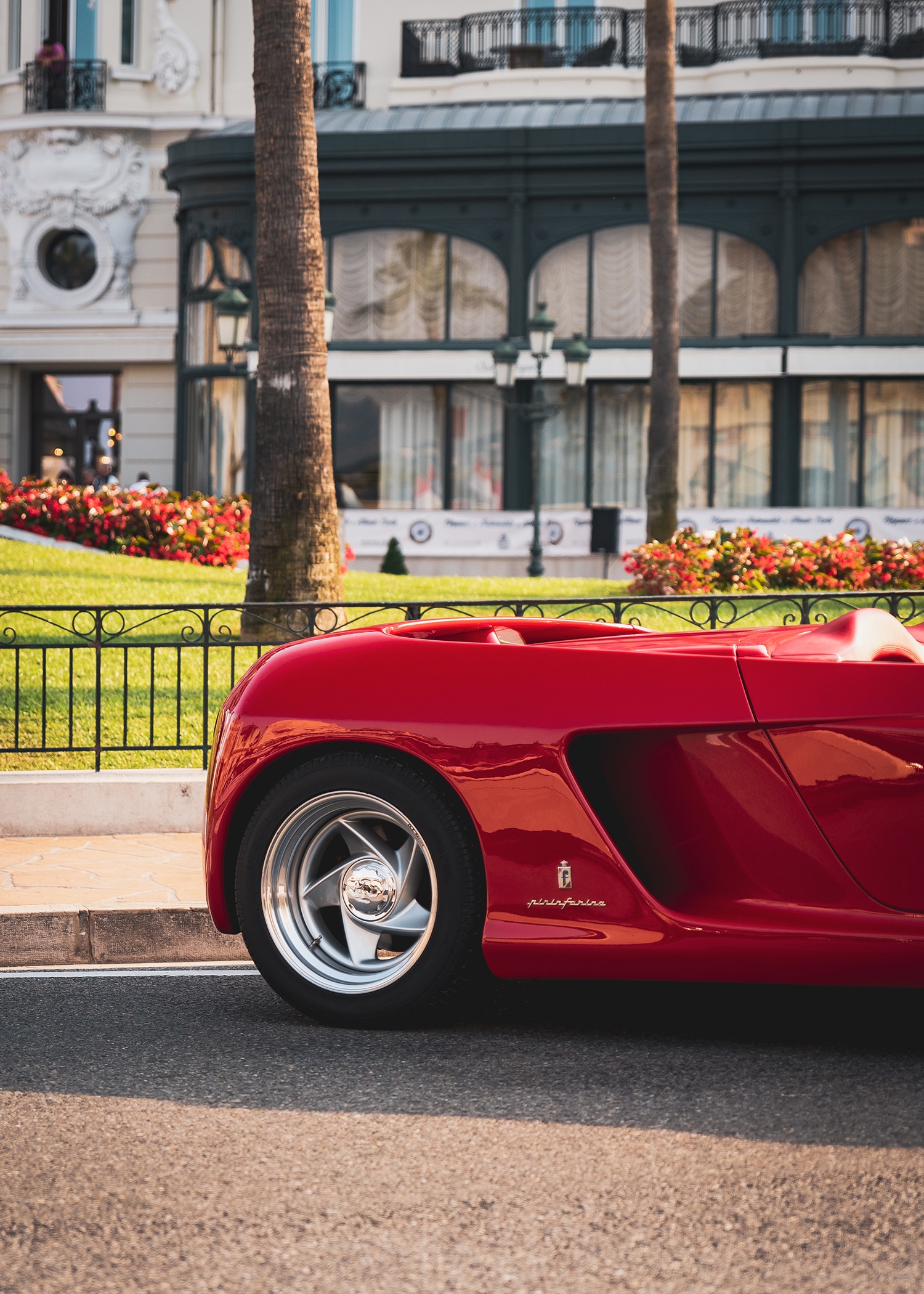 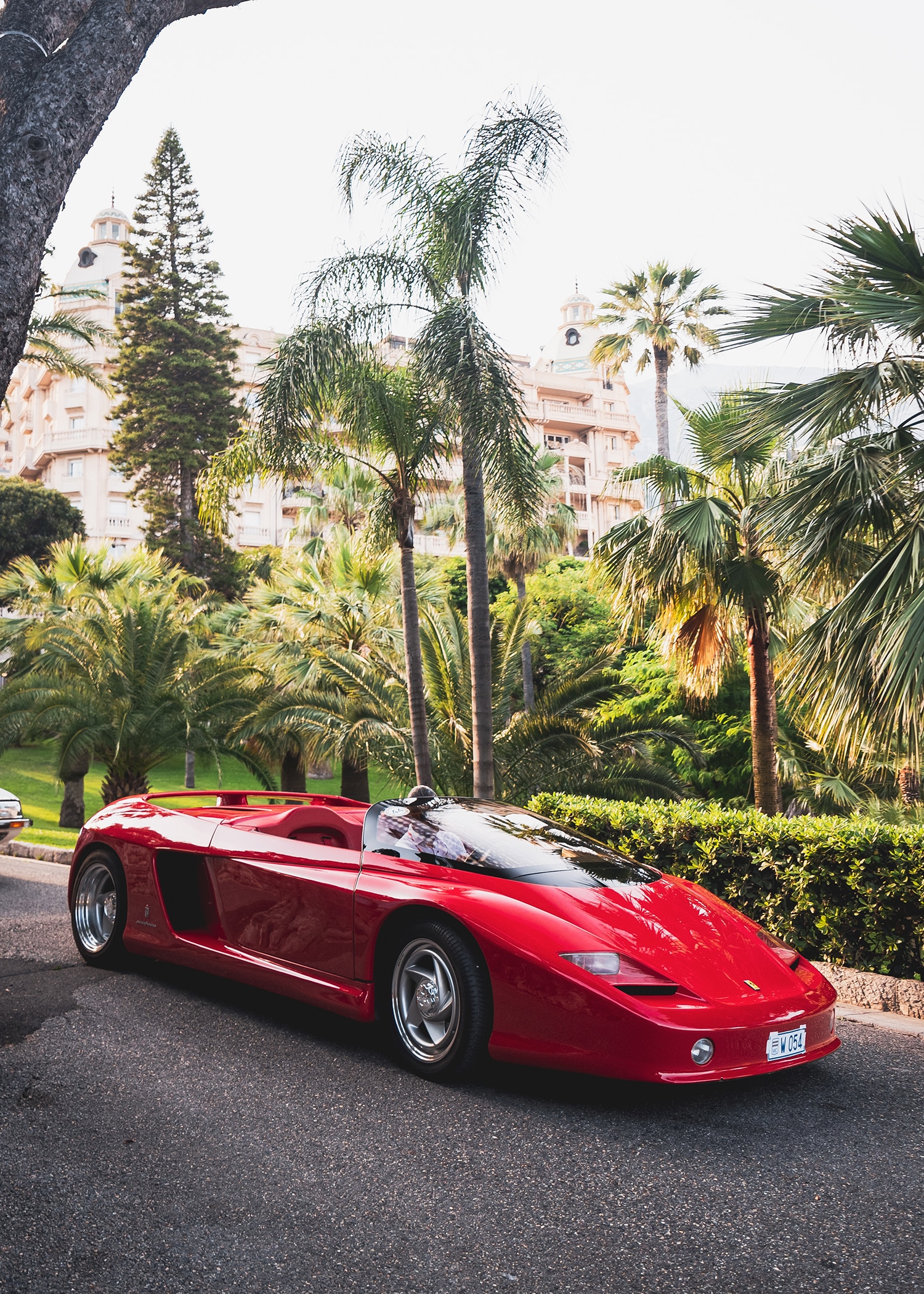 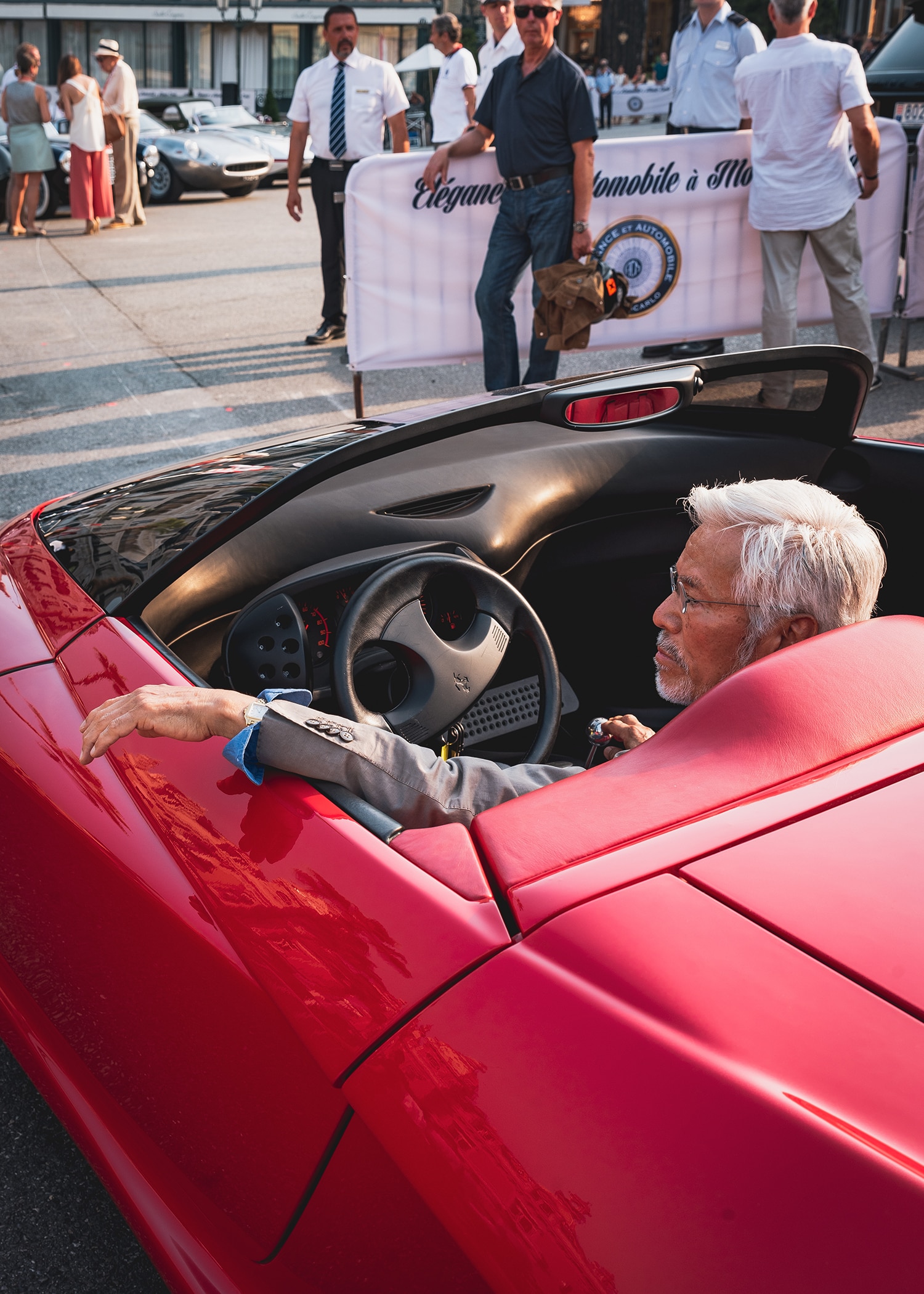 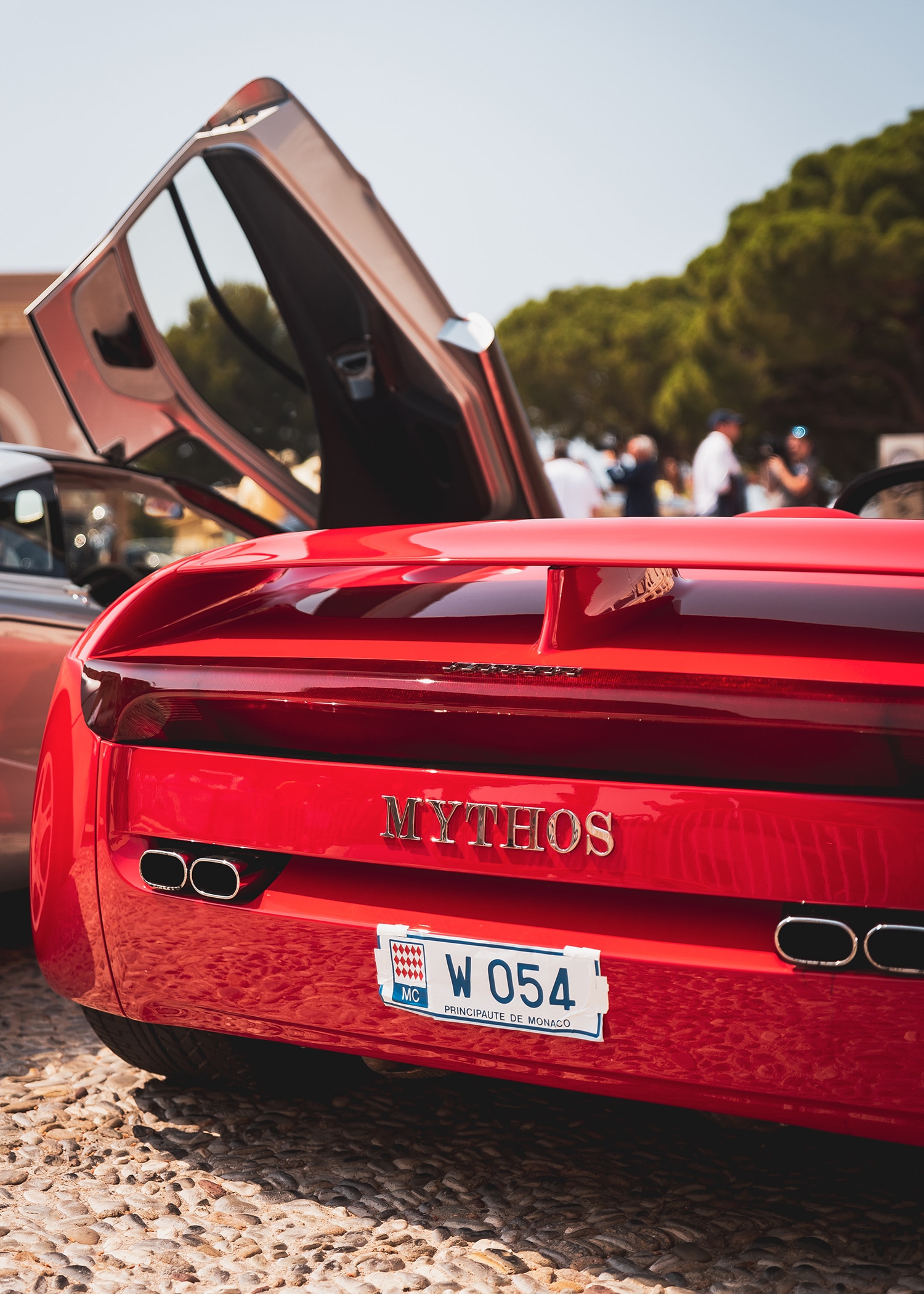 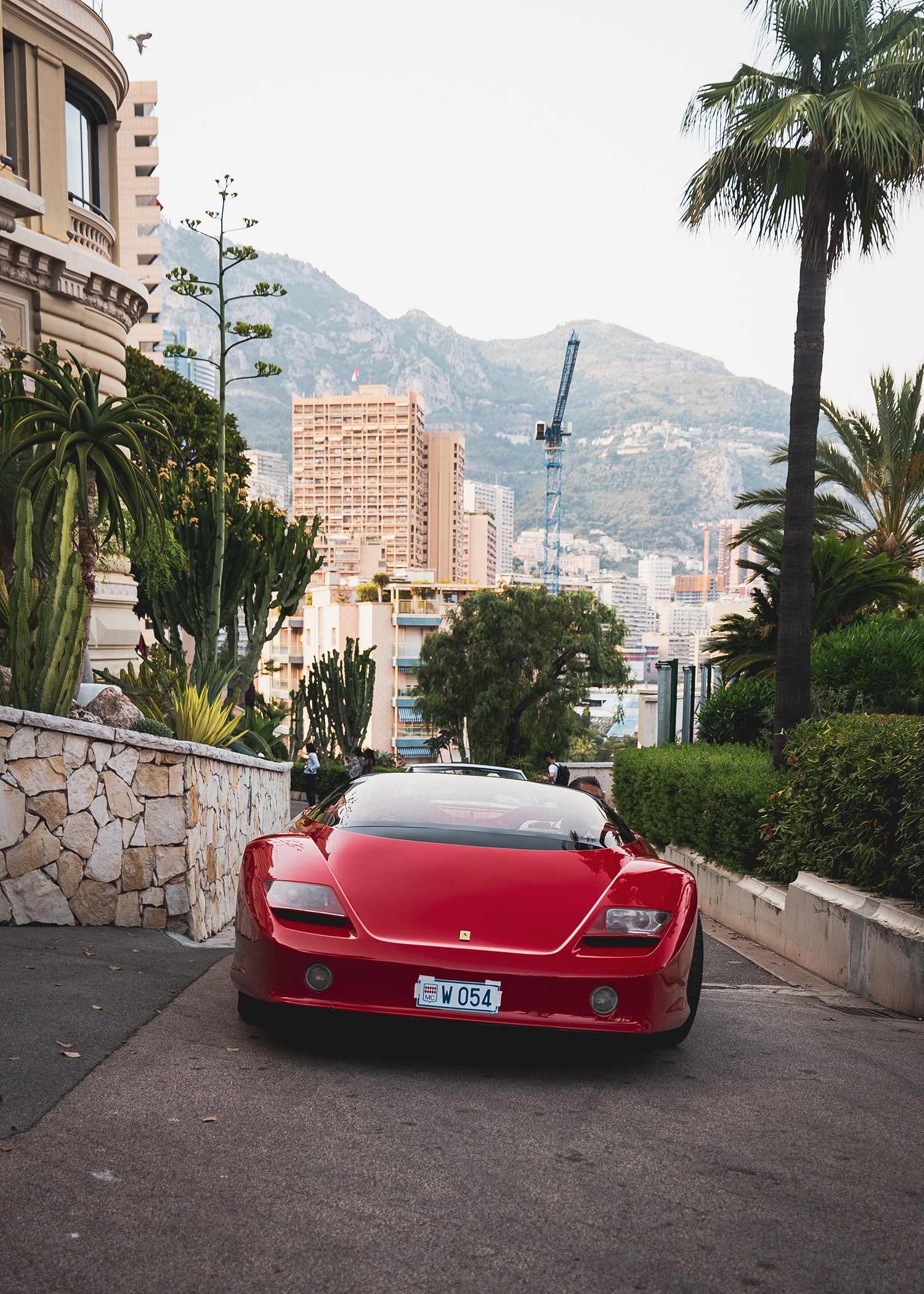