Greg Maffei: Formula One has never been healthier from all indications. Fan interest is incredibly high. We have great on-track competition and we have helped the teams. When we entered Manor, the 11th team had just been sold in receivership for a pound. And today, I don’t think you can buy a team for less than $500 million, maybe $700 million. You can go try. But it’s gonna be hard. It’s an amazing increase in value. And in part, that’s because of the things that have been put in place to try and create more on track competition that also bolsters the health of those teams. You needed to have a healthy ecosystem of teams to make it work. And I think all those things are happening, and you’re seeing the increase in fan interest as well. On TV, in person, we had never had larger events. So pretty good. 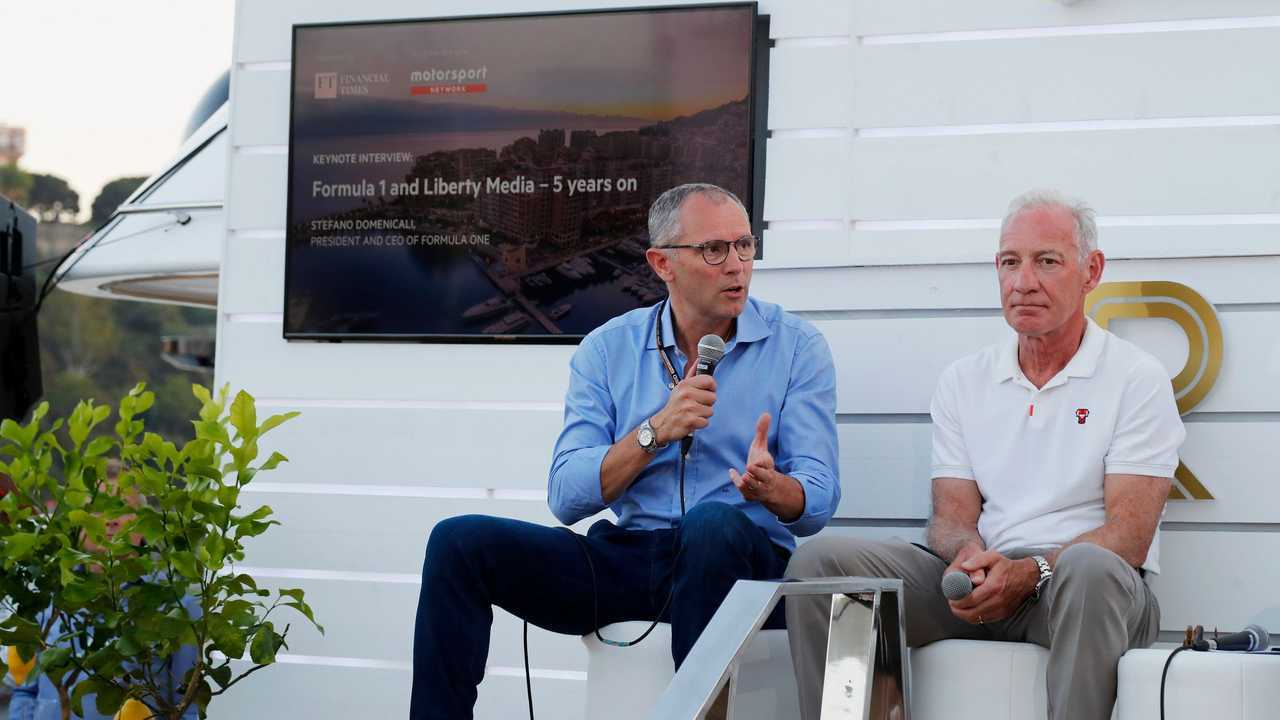 Stefano, the key milestone in terms of raising the value of the teams was the cost cap, something that many thought we’d never see achieved in F1.

Stefano Domenicali: Absolutely. I think that the vision that Greg had, together with Chase (Carey), to whom we need to give a big credit, was the need to have a discontinuity from what has happened before. And discontinuity means having the professionalism with a different way to do sports business. It was the vision of making the business of Formula One sustainable from a financial point of view. We can talk about revenues that could be higher, but the cost is something that you have for sure. So the only way to make sure that the margin is bigger is to control what you spend. So that was a very big milestone that’s changed completely the vision of the sport and gives the system credibility. Sustainable business means that the teams can invest and grow. All the elements now are secure and financially strong. We can think about the bigger future. Thinking about the bigger future means that we need to be respectful of what has been Formula One,  but entering new markets that potentially will enable us to grow; not only financially, but in terms of awareness and passion for the sport. We’re talking about a sport that needs to have the element of emotion; we want to focus the main attention on the track. So great racing, making sure that the drivers, who represent for us the jewels, have the chance to fight between themselves, opening up the possibility through social media to have a chance to see them. It’s important to get in touch with the new generation. We need to create different narratives for different kinds of fans. I don’t think there’s ever been an influx of new sponsor money coming into the sport like this since tobacco advertising was banned in the mid-2000s.  Pretty much every F1 team you speak to, they’re almost turning sponsors away now. 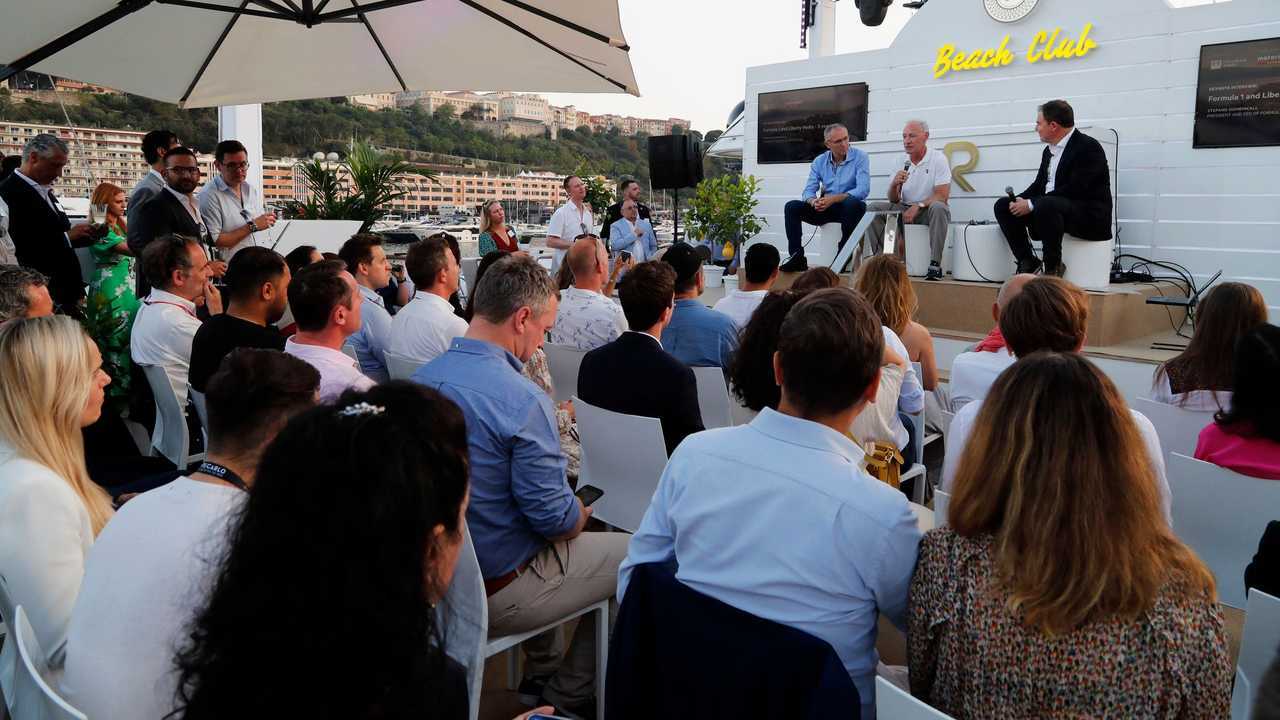 GM: I think they are, there’s only so much room on the car, to put another logo. The growth of interest from people who really understand the technology has been a huge part and how that’s grown the interest among the technology communities in Silicon Valley – look at how many of the cars now have a technology sponsor, if not multiple technology sponsors. That has opened up one set, but then you also get fans who are more casual and appreciate maybe the stories of the drivers, the personalities. Then there’s the increasing youth of our fans, by one survey (Motorsport Network Global F1 Fan Survey 2021) we brought it down four years, the average age. So that’s opened up a whole bunch of consumer products and a whole bunch of other kinds of brands that find it appealing. So we’ve really been very lucky to have all sorts of sponsor interest.

SD: Just think about the depth of crypto. We have 10 different brands of crypto. And I can tell you software businesses are exactly the same. (It’s) very healthy. It means that for the first time, there is no need to have any kind of loans that used to be normal in the past, to make sure the teams were alive. So they are very solid. And this is a big reward for their investment in us. And that’s the reason why we believe that the community of the teams has to be respected. Today it is not a problem of having more teams, because we have a list; some of them are more vocal than others, but a lot of people and investors would like to be in Formula One. But we need to protect it. So this is really another sign of a very healthy system. 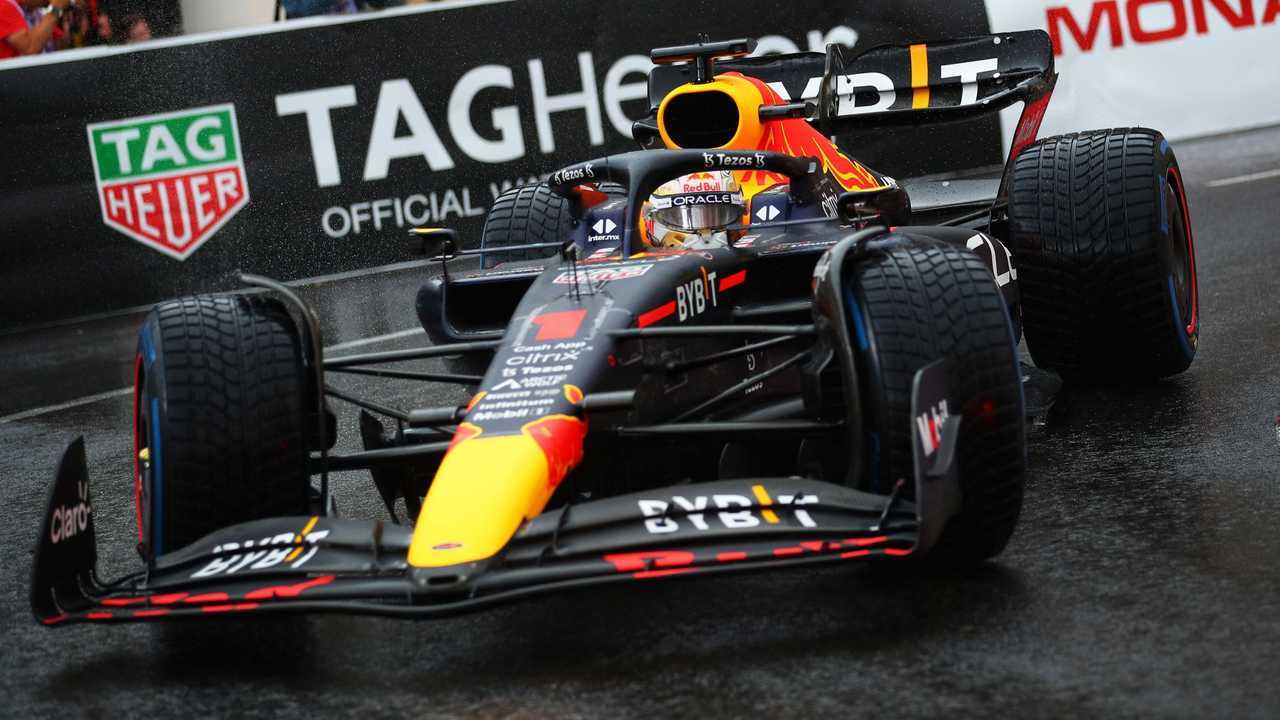 So do you have the right number of teams now with ten?

SD: I think so. Anyone that wants to come in has to be really significant.

GM: About the young audience, we credit Netflix for opening it up to a lot of people. But what’s fascinating is how many of these people have come in in different ways. Social media has an enormous part. Gaming: you can go on and play Lando Norris and race the same track that Lando does. That’s very appealing to a lot of young fans. That didn’t exist seven years ago, it really was not planned. And so opening up the sport, making it more appealing. Yes, it’s got elements of exclusivity, for sure. But there are elements that all fans can touch. Another of your objectives was to grow the sport in the United States. We saw Miami added this year. Next year, we’re going to have a third race in the US in Las Vegas. What other areas in the future do you want to push on?

SD: There are other areas of the world that want to have Formula One. And I think that one area that we want to develop is the African area because this is a world championship. So I think that we are working very hard to make sure that this is an area where we are going to have a Grand Prix very soon. And then there is the interest in the Far East. And we don’t want to lose the interest of course in Europe, because we were born here. And we will stay here because I hear a lot of voices, you know, that is not true. The beauty of the situation today is that we have a lot of options.

One of the key future strategies is the shift we’re going to have in 2026, to 100% sustainable fuels. We will effectively be showcasing this technology in the biggest annual sporting spectacle in the world. And that’s got to be transformative.

SD: I would say so. And I think that we want to be realistic. We want to see things happening straight away. And we do believe that it is an option that will enable the manufacturers to be credible in a dimension that will be also profitable for them. With all due respect thinking that electrification will hit the whole world in two years – we know that it’s not possible. Therefore, also, from the technical point of view, a strategic choice to be sustainable with hybrid engines, we believe is the right one. And that’s the reason why we have a lot of interest from other manufacturers in coming on with us.

GM: Sport obviously has a lot of attributes that are positive, we think we can be positive by going places like Africa and expanding the audience, and expanding the interest in motorsport around the world. That’s not necessarily the place where we’re going to make the most money. But if you invest for the long term, we think it’s the right opportunity. Thinking about sustainability. In the US case, I know pretty well, that there are 250 million cars in the US, 200 million of which run. They last an average of about 11 years plus,  people buy used cars. At best, we have 15 to 17 million new cars a year. If you do the math, even if the third or half is electric, it’s going to take a very long time before you do anything to clean out the existing 200 million car base. The reality is if we want to really attack carbon, coming up with other ways to fuel the existing 200 million cars is really the right and best answer. I’m not saying we’re going to cure that all. But if we can contribute to that knowledge, if we can contribute with our work on sustainable fuels, I think it’s a positive.

We’ve talked about five years of Liberty Media ownership, and you’ve delivered a lot of things you said you were going to deliver. What about the next five years?

GM: We have the benefit of the stewardship of a 72-year-old enterprise. So we think about the long term and what it will do. We have a lot of interest now. We want to sustain the growth of that interest more broadly. And doing things like going to Africa and doing things about sustainability is all thinking about how we grow this 72-year-old franchise for the next five years and the five years beyond that. There’s a huge amount of momentum now we’d like to capitalize on that. Not just financially, but for the breadth of the sport.