Mike Rutherford thinks UK motorists are being demonised by hypocrites 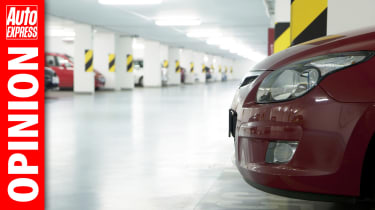 If you fancy yourself as a tough, high-profile big shot who tells weaker individuals what they can and can’t do, you have to practise what you preach, right? So that’s no cigarettes for anti-smoking campaigners; no illicit affairs for those who promote family values; no venison for vegetarians. Similar rules surely have to apply when it comes to transport-related matters. For example, if anti-car campaigners really do hate cars and the people who use them, how about having the courage of their convictions by not driving, or travelling aboard? Trouble is, they often do.

At the BBC’s Broadcasting House in London, I once had a late-night, on-air debate with car-loathing (though very nice bloke) Charles Secrett, ex Friends of the Earth. After the programme it was clear he hadn’t made arrangements with the BBC or anyone else to get a post-midnight ride home. So I offered him a lift, all or part of the way. Not for a moment did I expect him to fall into the trap I’d ‘accidentally’ set, but fall into it he did. Minutes after we set off I couldn’t resist pointing out the absurdity of him – the anti-car crusader – being chauffeured by me, the pro-car activist. He gulped and thanked me for the lift, before jumping out at the next set of lights. Honest.

Seems Transport Secretary Grant Shapps also sends out mixed messages, what with his one rule for his superior, ministerial self, then another for us, his inferior, travelling commoners.

While he advises you to walk, cycle, or take public transport, he’s doing many miles in his own private plane. Furthermore, his elite, personal mode of transport is registered in the US, not under the tougher UK system he’s accountable for. Why the hell worry about the chaos on UK roads when your aircraft can simply fly over it and the ordinary folk beneath you? Who cares about on-street parking when one can land at a private airfield, or the grounds of a country estate? Out of touch with the real world? Just a bit.

Grant Shapps is the minister who’s likely to slap a nationwide ban on pavement parkers. If it applied only to irresponsible, dangerous offenders that make life hell for the elderly, visually impaired, or those with wheelchairs or baby buggies, fair enough.

But what about the countless new and old, notoriously tight British streets that have been designed to encourage cars to sit with two of their four tyres on pavements, many of which feature white lines that are generally effective at separating pedestrians from stationary vehicles? If the ban goes ahead without protecting these arrangements, drivers will struggle – and then some – to find spaces to stop, increasing congestion. If people can’t or won’t adhere to the ban, the proposed fine per car owner is £70 a day, circa £25k a year.

Please minister, can we have more carrot, less stick? In much of mainland Europe and wealthier parts of Asia, clean, small, safe underground parking beneath homes, shops and workplaces is often the norm. Why not introduce a policy to build millions of these here? If not, the scandal of too few hospital beds, school places and GP appointments
will be joined by a chronic shortage of usable parking bays for perfectly legal cars.

The Suzuki Across is essentially a rebadged Toyota RAV4, but it brings plug-in hybrid power to the Japanese brand for the first time 3.5 out of 5VerdictSuzuki has used its…

Choosing a single car to cover all your bases is tough. It’s not always the most exciting metal that’s actually best for you. This week we’ve been reflecting on the…
F1