Spied on several occasions, the Volkswagen ID.5 will finally make its debut in September this year, albeit in a pre-production form. The Wolfsburg-based company has just teased the ID.5 GTX concept and there’s a lot to be seen and said.

Volkswagen says it will reveal the prototype during the IAA in Munich on September 7 this year. It will become the first coupe-SUV model to be based on the Modular Electric Drive Matrix (MEB) platform, and judging by the available photos, we are pretty confident the production version will look 99 percent like the show car. 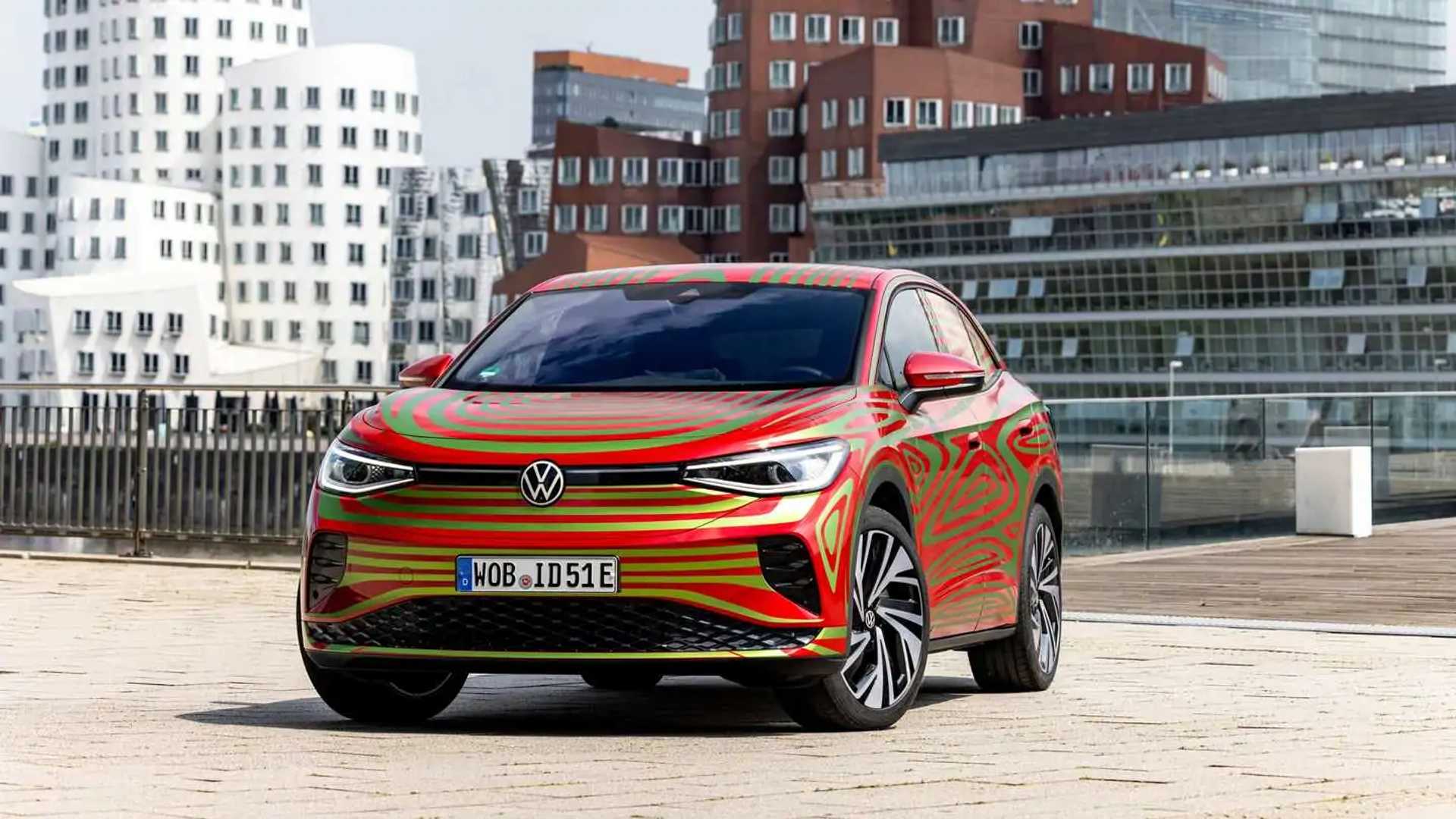 You’ve probably noticed the GTX suffix which means the concept will be a performance-oriented model. VW is now using the GTX index, a successor to the GTI, GTD, and GTE, to represent its new “athleticism” in the “world of electric mobility” or, simply put, its sporty electric models.

Visually, the prototype doesn’t look that much different from the ID.4 GTX, especially at the front where the fascias are basically identical. At the back, though, it’s a different story thanks to the sloped C-pillars and the wide horizontal lines underlined by the LED taillights with a 3D design effect.

The ID.5 GTX concept will be powered by two electric motors, one for each axle, and we expect the system’s combined output to be around 295 horsepower (220 kilowatts). That’s how much power the mechanically identical ID.4 GTX is making, and in the ID.5’s case, a large lithium-ion battery will provide a range between charges of up to 309 miles (497 kilometers).

Volkswagen says it will launch the production version of the electric coupe-crossover concept at some point next year when it will become the brand’s second production GTX model. Both the ID.4 GTX and ID.5 GTX are part of the automaker’s ambitious plan to increase the share of all-electric cars in all its European sales to 70 percent by 2030.