The Swedish brand explains that demand remains strong, especially for its Recharge models, but production is still limited, which affects sales:

“The positive trend in production continued into August. However, the pace of normalisation was affected by power cuts and Covid-19 outbreaks in China. In addition, lack of availability of components, notably semiconductors, continues to influence manufacturing output, which impacted Volvo Cars’ retail deliveries during the month.”

Interestingly, all-electric car sales improved by almost 52% year-over-year to 2,494, but the result is still about two times lower than the peak of 5,256 in March. 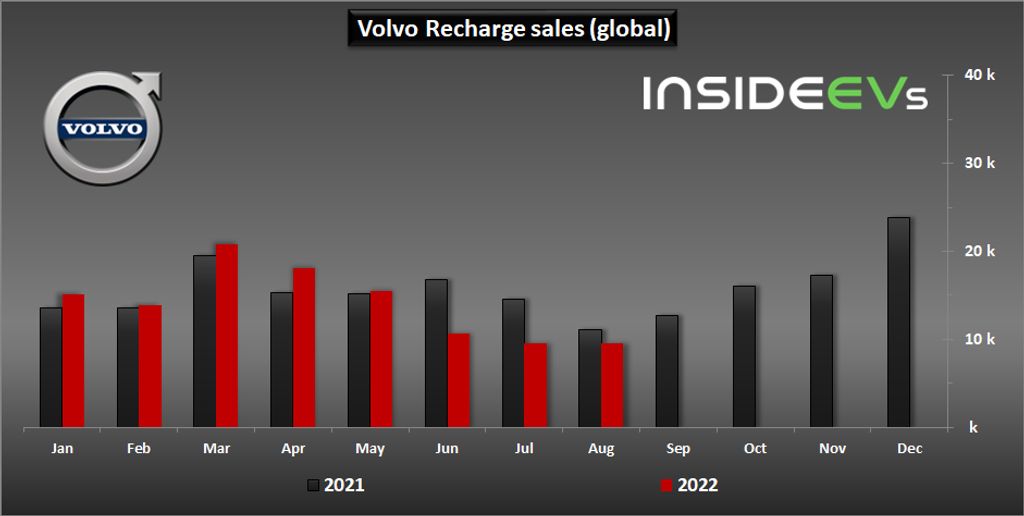 So far this year, Volvo sold over 113,000 plug-in electric cars, which is slightly less than a year ago at this point. 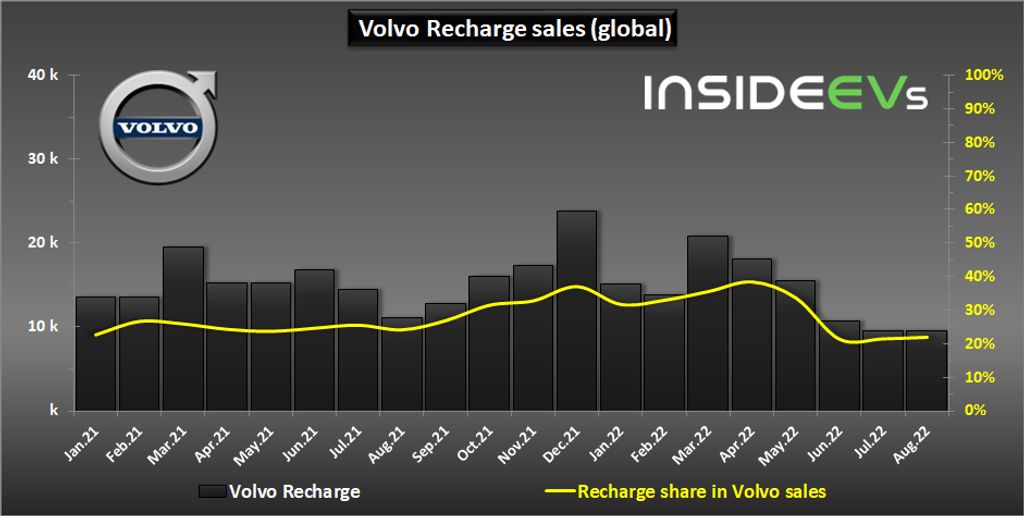 Volvo’s lineup includes two all-electric models, the Volvo C40 Recharge and the Volvo XC40 Recharge. In August, the company sold 1,613 electric XC40 (down 2%) and 881 C40 (new). In the not-too-distant future, Volvo will introduce next-generation BEVs, which are expected to boost sales. 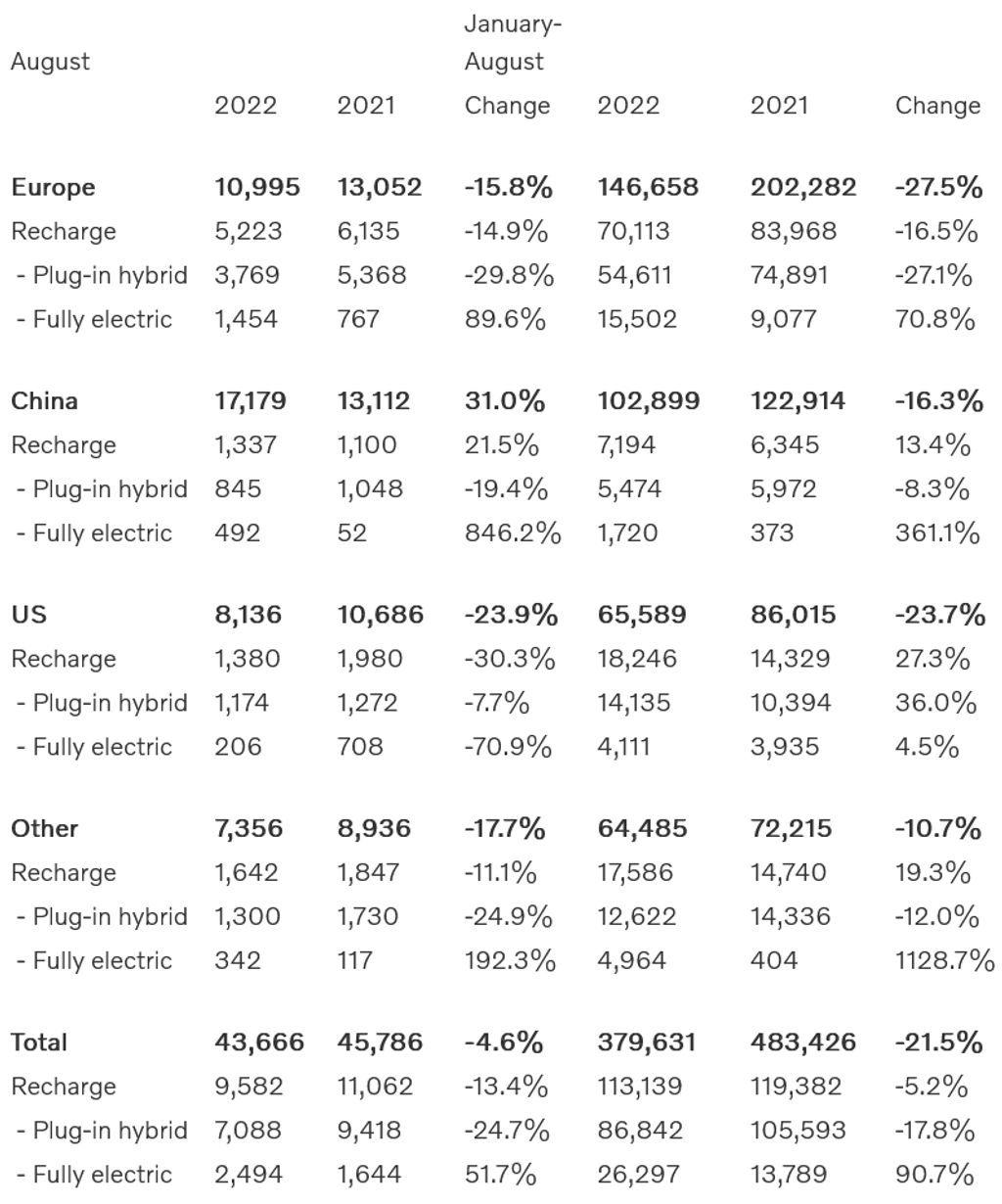