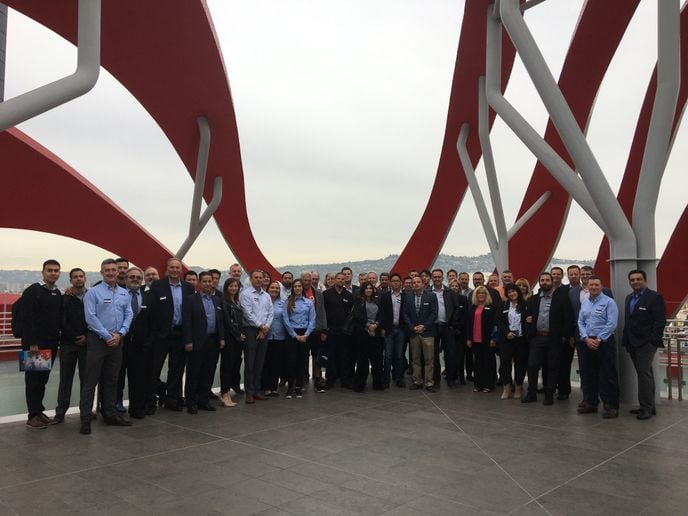 The United MileFleet Roadshow car rental operator and supplier attendees gather on the roof of the Petersen Automotive Museum in Los Angeles.

United MileFleet, a supplier to the independent vehicle rental industry, convened the West Coast stop of its 2019 Roadshow at the Petersen Automotive Museum in Los Angeles today. The Roadshow’s mission is to network with rental operators and industry suppliers to educate them on United MileFleet and its Partner Program.

The event kicked off with an introduction to and history of United MileFleet. According to Ian Lawrence, cofounder and group managing director, the company formed in 1990 in the U.K. as United Rental Group with the intention to combine the purchasing power of U.K. car rental licensees for fleet acquisitions and business services. 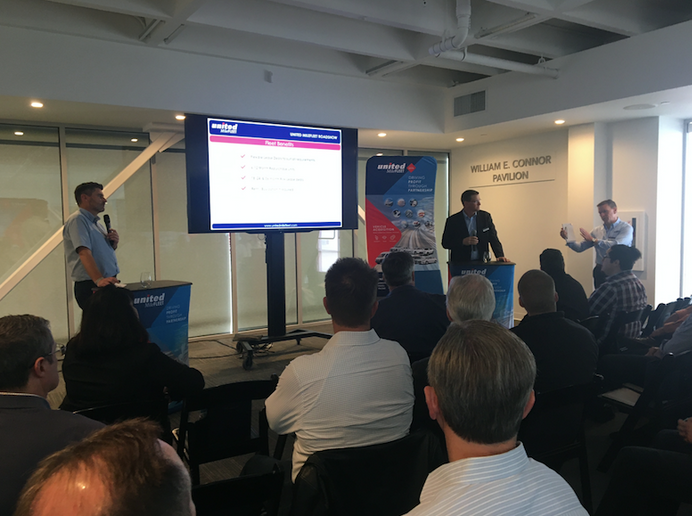 The company expanded into the U.S. in April 2015 under the direction of Andy Wilson, president. In April 2017 United Rental Group acquired vehicle supplier Mile Fleet and hired its founder, Mike Muehlenfeld, to form United MileFleet.

Today the company claims over 100 car rental operator clients and $170 million in vehicle assets in the U.S. In addition to vehicle acquisition, the company’s Partner Program aims to streamline for its clients vendor services such as financing, toll management, insurance, remarketing, telematics, and card payments.

After the meeting, the group was given a private tour of the Petersen Museum Vault, a 60,000-square-feet basement garage with over 250 rare and classic cars.

The United MileFleet Roadshow stops next in New York, followed by Miami.