The two companies have been working together since 2015, combining ADL’s vehicles and market position with BYD’s EV tech (rolling chassis with electric powertrain and batteries).

According to the press release, sales of the British-built and BYD-powered buses accelerated recently. It took five years to reach the 500th electric bus, while another 500 were sold just one year later.

The jubilee vehicle happens to be a BYD ADL Enviro400EV double decker.

“This bus is the last of a fleet of 22 BYD ADL Enviro400EV double deckers which Stagecoach bought for services in Aberdeen with financial support from the Scottish Ultra-Low Emission Bus Scheme. Stagecoach has since confirmed an order for an additional 13 electric buses of the same type for Aberdeen following the award of funding through the Scottish Government’s follow-on scheme, the Zero-Emission Bus Challenge Fund.”

Outside the UK, BYD operates under its own brand. The total BYD sales in Europe (including ADL BYD, we believe) is 2,600 electric buses delivered or on order (including over 400 in the Nordics). The vehicles are used in over 100 cities in Europe.

The offer includes basically all types of buses, but the most popular ones are the standard 12m-long with a substantial number of 18m articulated ones. 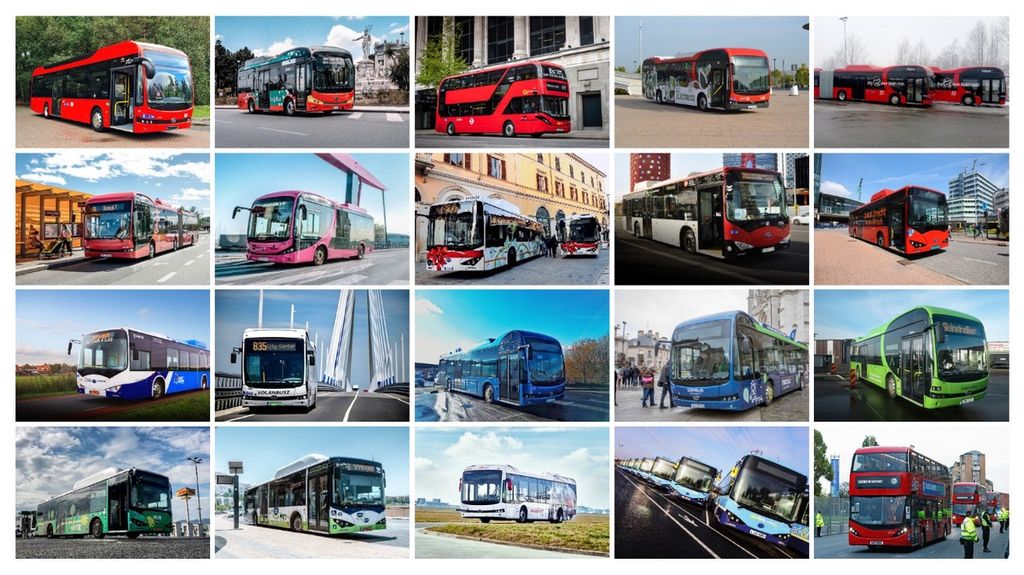 But all those numbers are just a shadow of what BYD has achieved in China. The company’s global sales (mostly China plus a few thousand outside of China) already stand at roughly 70,000 units in 70 countries and more than 400 cities.

On the other hand, the main rush for electric buses (partially fueled by incentives) in China appears to be already behind us and now the sales might now be comparable with Europe.

For reference, BYD’s plug-in electric passenger car sales recently exceeded 1.9 million and the current rate of sales is above 1 million per year.