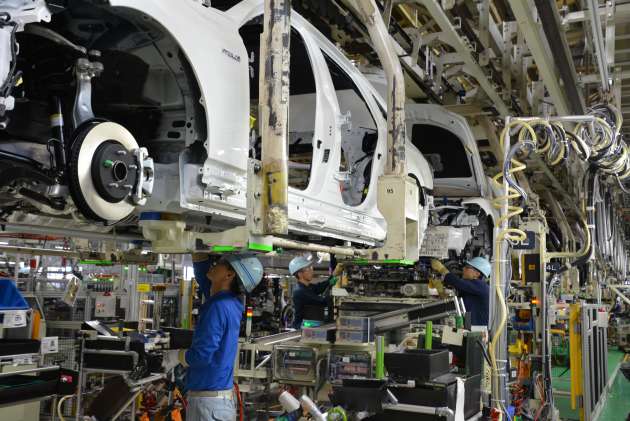 Ever wished you had bought your car later whenever a facelift of that model rolled around? Do you love your car so much you want to keep it forever, but in a perpetually like-new state? Then good news (if you live in Japan), as Toyota has announced it will offer upgrading and refurbishing services for its customers’ older vehicles under the Kinto Factory banner, starting later this month.

The changes go far deeper than simply taking your car to a kedai Ah Beng for some new paint. Toyota is making upgrades at the OEM level, introducing features that were developed after the car was produced – even some driver assistance systems. For now, these features include pedal misapplication control, blind spot monitoring and rear cross traffic alert, as well as a kick sensor to allow for hands-free tailgate opening.

Another part of Kinto Factory’s services is called “remodelling” – refinishing a tired exterior or interior by replacing items such as the seat covers and cushions or the steering wheel. Toyota also said it will “personalise” owners’ cars, optimising its settings according to driving data and the customer’s personality and tastes, although that will happen later on and no specifics have been revealed just yet.

Toyota will initially offer these services on the Aqua (Prius c), Prius, Prius Alpha (Prius v), Alphard, Vellfire and the Lexus UX and NX, with the number of models set to increase in due course. The company said it intends to offer a Kinto Factory subscription further down the line to keep cars fresh and also expand the service to more countries.

In fact, such plans are already being laid out at the company’s Burnaston plant in the United Kingdom. According to Autocar, Toyota plans to remanufacture cars up to three times to keep them fresh for their next users, taking them in starting from three years old – after a usual lease contract in Britain is up.