Toshiba announced the launch of the new 20Ah-HP SCiB lithium-ion battery cells that appear to be a perfect compromise between the previous SCiB high-energy and SCiB high-power versions.

As we can see in the chart below, the 20Ah-HP SCiB combination type provides almost as high energy density (84Wh/kg and 176Wh/L) as the previous 20 Ah/23 Ah SCiB high-energy type (respectively: 89 Wh/kg and 96 Wh/kg).

The charge/discharge power might be as high or even higher than in the case of high-power 2.9 Ah/10 Ah SCiB high-power versions. See the specs comparison at the bottom of this post. 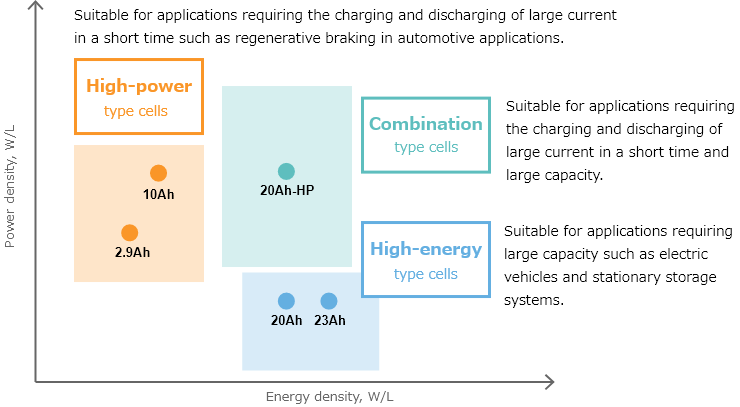 The key technological improvement behind the 20Ah-HP is the reduction of resistance in the cell by approximately 40%.

It reduces heat generated when charging/discharging. The charging power has been increased by 70%, while discharging by 60%.

An additional effect is that the new cell is expected to be even more durable than the already durable previous SCiB types. The new cell can run 5C charge/5C discharge cycles from 10-90% state-of-charge (SOC) at 25°C 8,000 times and maintain almost 100% initial capacity. The previous type would be at 90% of its initial capacity. 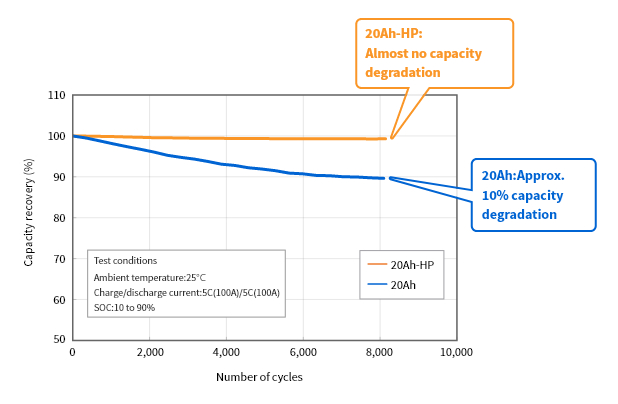 The energy density of 84 Wh/kg does not appear high enough for electric cars, especially since the less expensive LFP battery chemistry offers much more (as far as we know, LTO is considered as one of the most expensive lithium-ion types).

However, SCiB is one of the go-to solutions for EVs with short range and ultra-fast charging features – in 10 minutes or so – multiple times per day. Buses are a perfect example of such an application – they can cover one route, recharge at the end in 10 minutes, and drive again – basically 24/7. 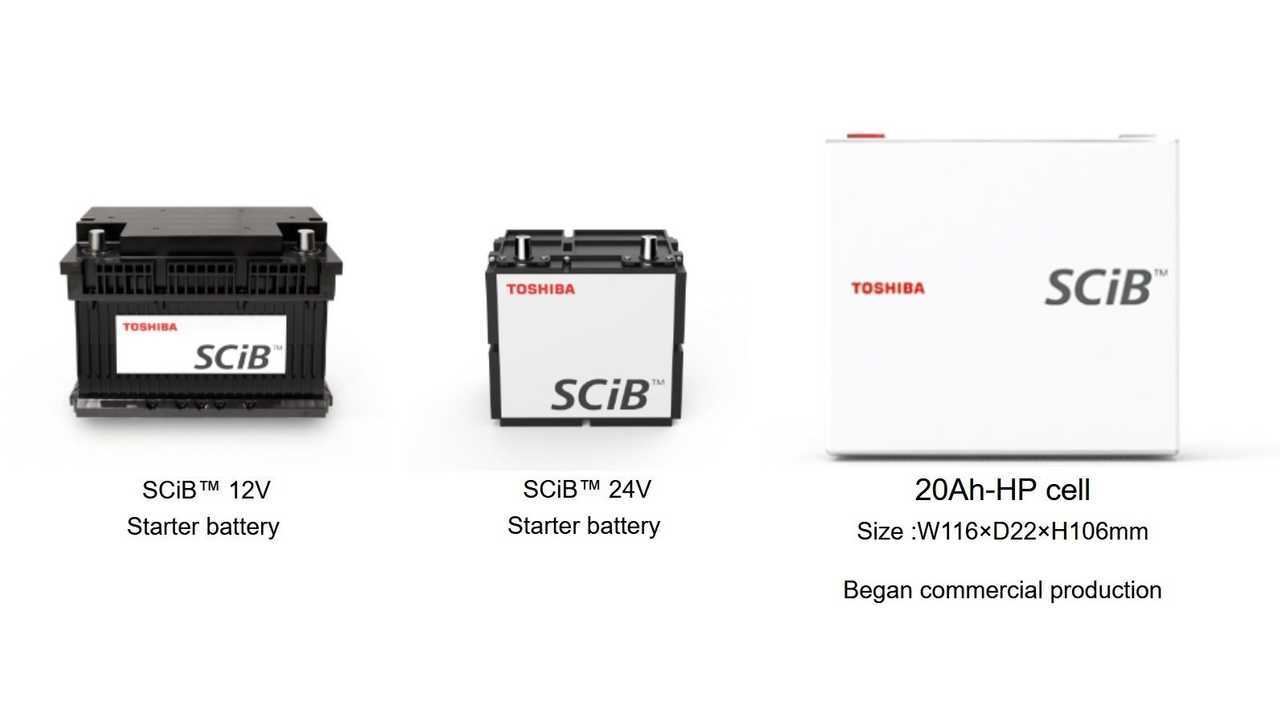 “The cell is ideal for heavy-load applications where high power input and output are essential, and for situations where battery cells must suppress heat and operate continuously, such as rapid charging of commercial vehicles, regenerative power systems for rolling stock, and industrial equipment. The cell is the same size as Toshiba’s current 20Ah product, allowing current customers to easily upgrade to the improved input and output power with the same module pack. The cell is now available to order worldwide.” 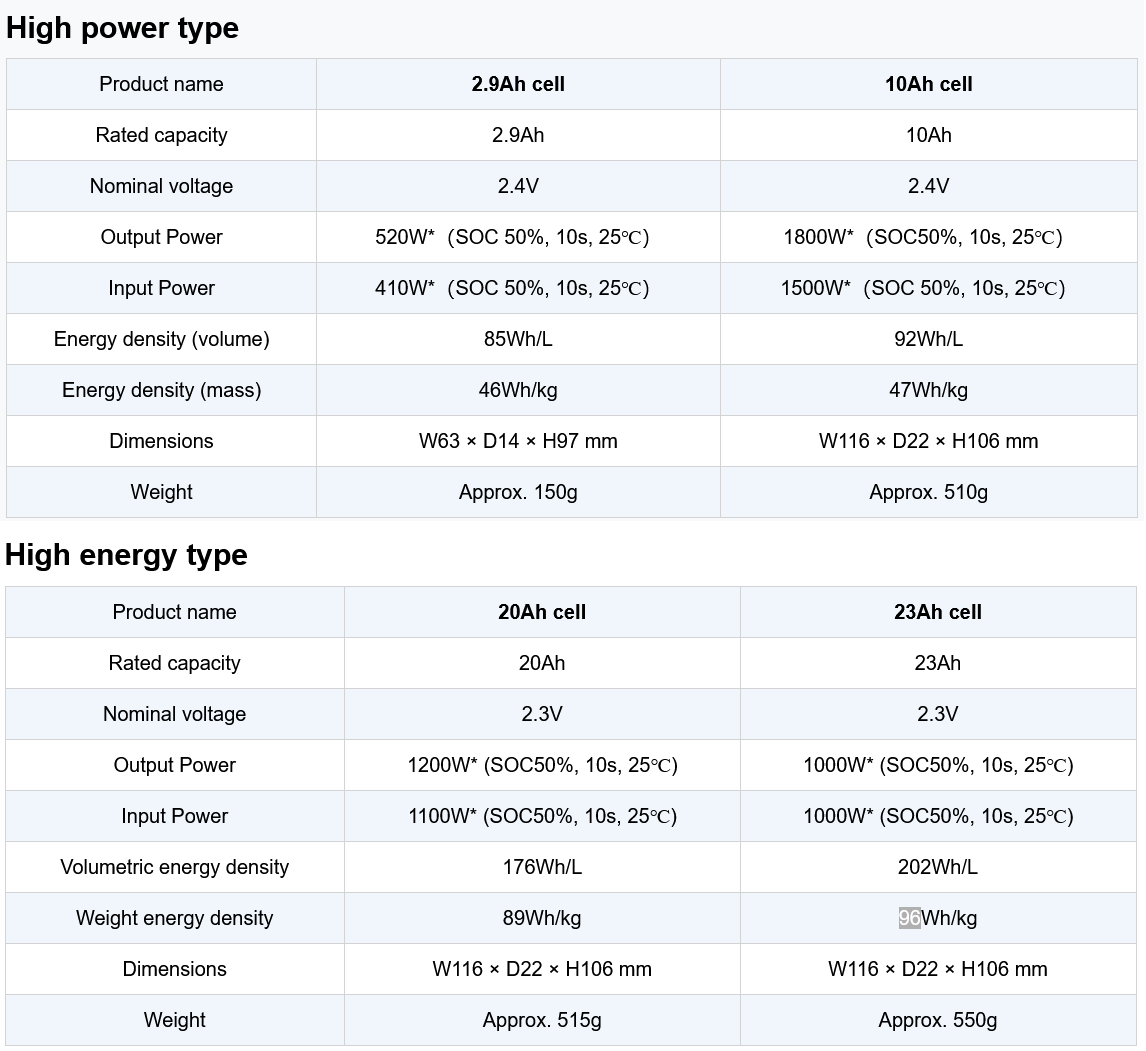 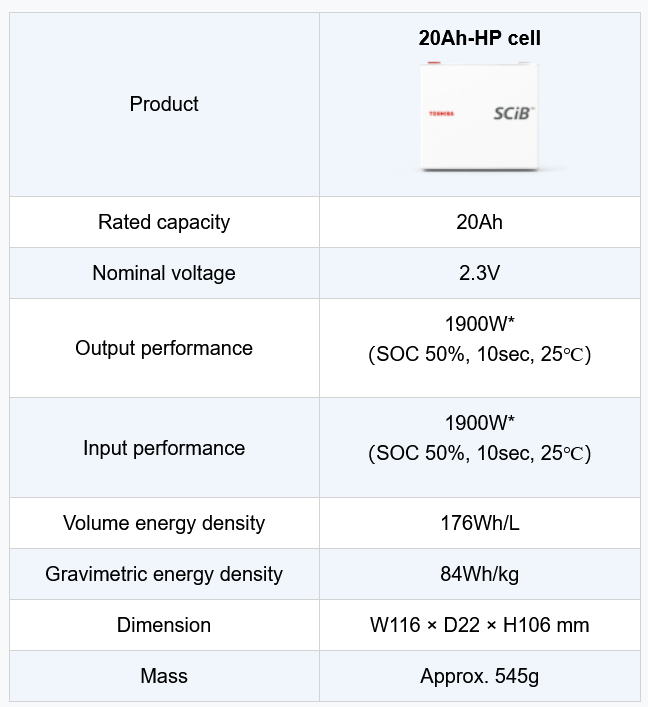