And it’s for sale.

Today’s trucks offer customers the best of both worlds – utilitarian workhorses that line their interiors with supple leathers and the latest technologies. However, this is a far departure from their bare-bone beginnings. Pickups have come quite far, though there’s something special with a classic like this modified 1973 International Harvester Loadstar dually that looks downright mean with its styling upgrade.

According to the sales post on Bring A Trailer, the truck is believed to have been used as a service vehicle for the Northwestern Pacific railroad before working on an olive field in California. Not a lot of the trucks’ design is changed at the front, though the rear sports a custom bed that makes the IH quite an interesting build. The sheet metal is wavy, and the tailgate features integrated taillights. The seller, who acquired the pickup in 2017, finished it in satin black with a gray interior. 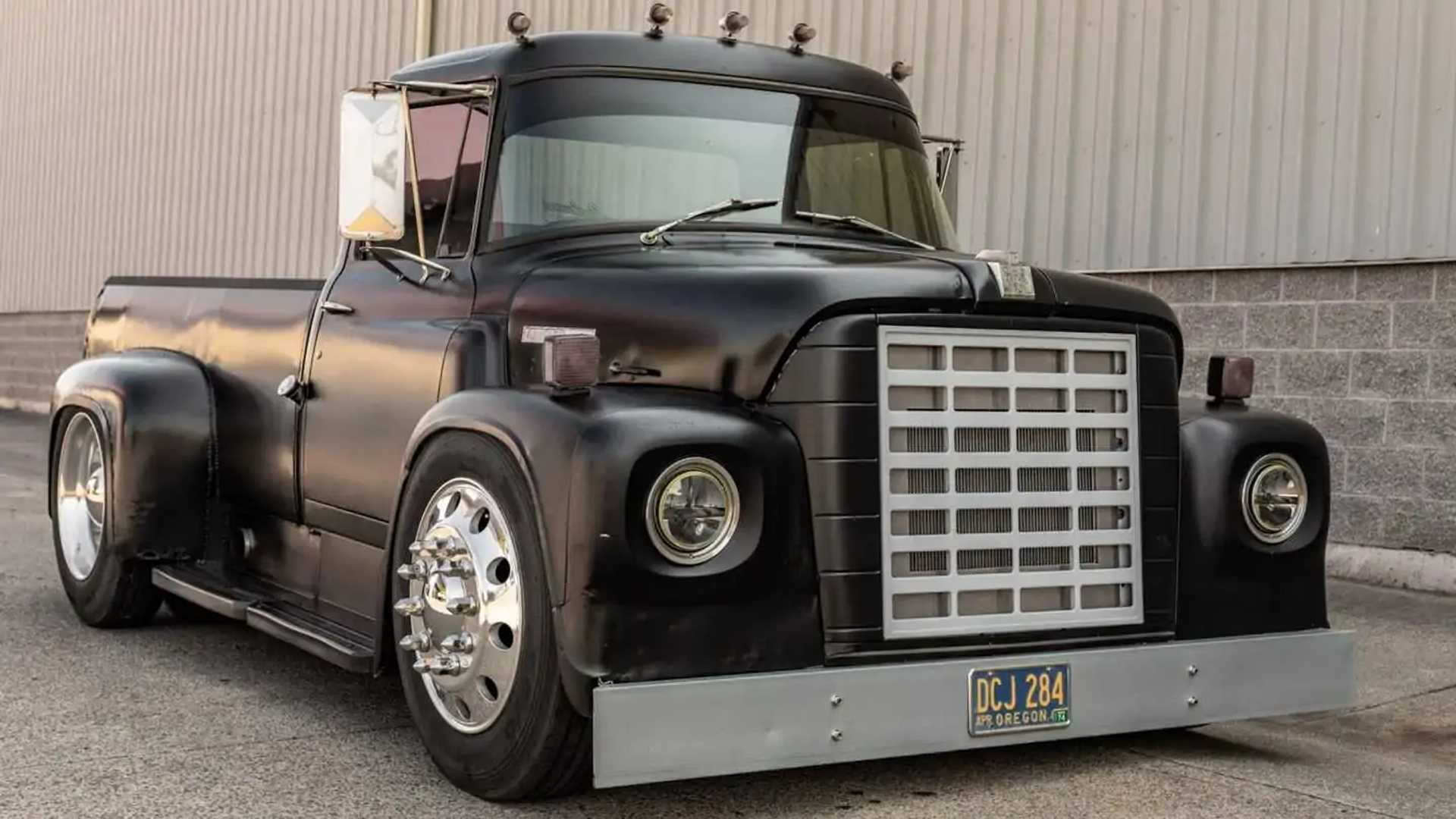 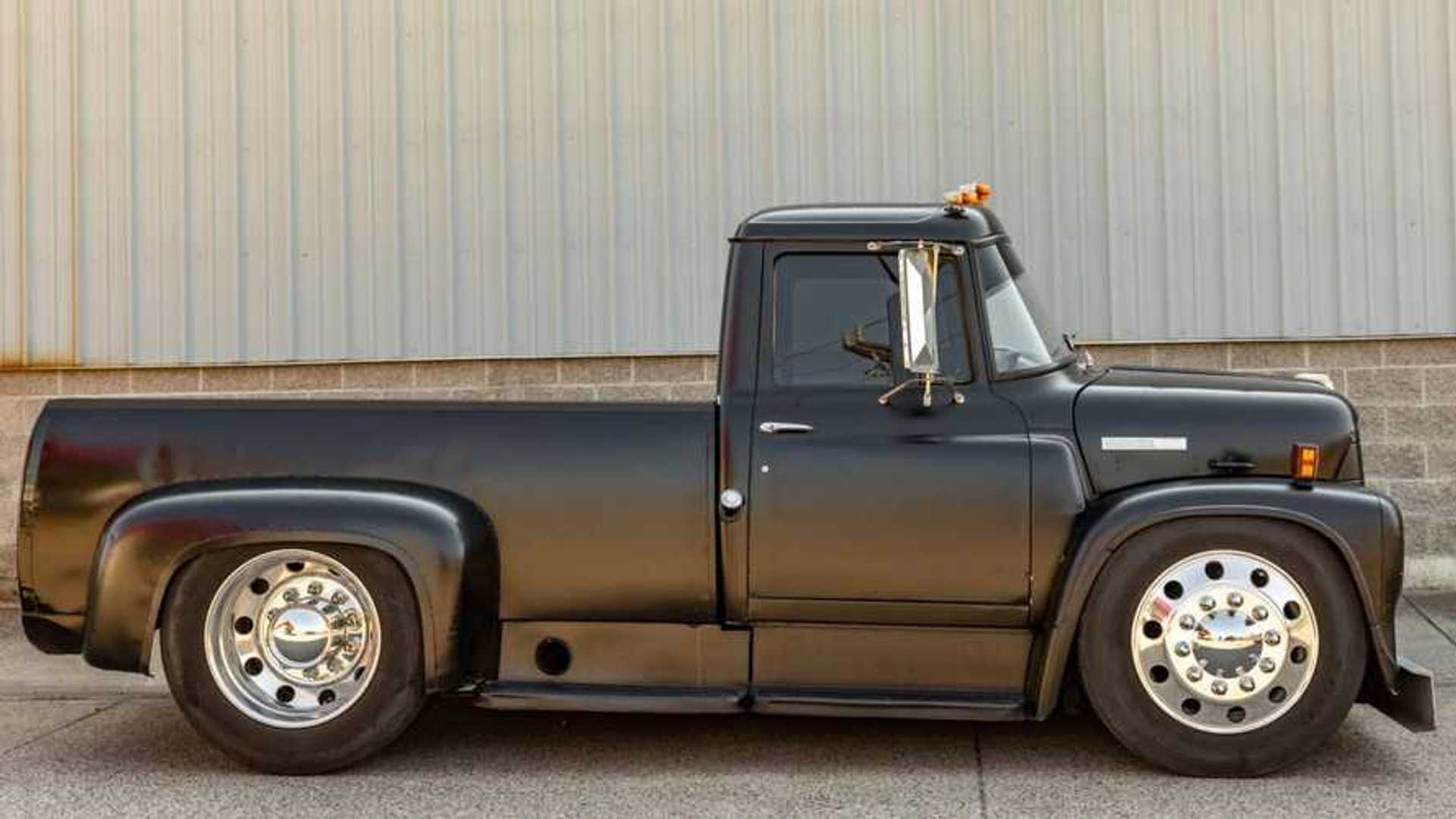 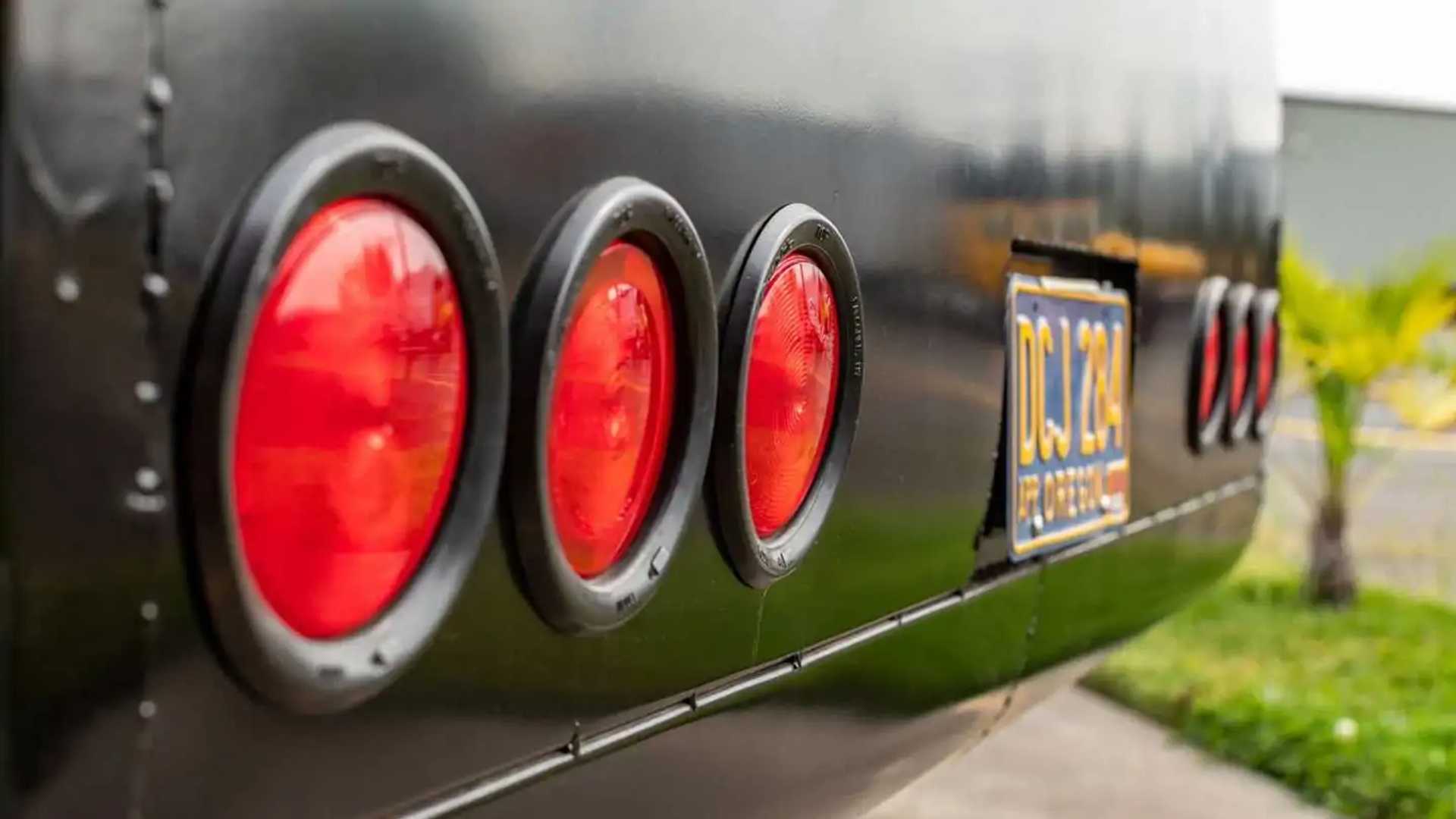 Under the hood is a 383-cubic-inch stroker V8 that sends power to all four rear wheels through a four-speed automatic gearbox. It sports a Holley carburetor, an Edelbrock air cleaner, an MSD electronic ignition and plug wires, and more. The exhaust flows through a custom setup with Flowmaster mufflers that exit out the sides just ahead of the rear wheels. According to the listing, the truck’s total mileage is unknown, though the odometer reads 1,400 miles, and the seller added approximately 2,000 miles.

The current bid sits at $7,777, with six days left in the auction. The truck looks mean with its black exterior, which is accented with amber clearance lights, meaty sidesteps, and a silver front bumper. Inside, the driver looks at an Auto Meter gauge set and a four-spoke steering wheel. Aiding in the truck’s comfort quotient is a custom suspension with Firestone airbags and a Vlair compressor. It might not have Bluetooth connectivity or a USB port to charge your phone, but that is what makes this truck cooler than those.