Famed Corvette engineer Zora Arkus-Duntov absolutely did not want to do the Wankel-rotary-engine-powered Four-Rotor Corvette project, which itself was an evolution of the mid-engine XP-882 prototype. With his retirement looming, the window of opportunity for a mid-engine Corvette was narrowing. Familiar with the Wankel engine since 1955, Duntov knew that the basic design was inefficient because of the surface-to-volume ratio in the combustion chamber. Additionally, the Chevy Vega was scheduled to be the first Wankel-powered car produced by General Motors and Duntov didn’t want the Corvette to be powered by a Vega engine. But GM president at the time Ed Cole was hot on the Wankel and tactically said, “yes” to the mid-engine Corvette, but only with a Wankel in the middle. Duntov had no choice. 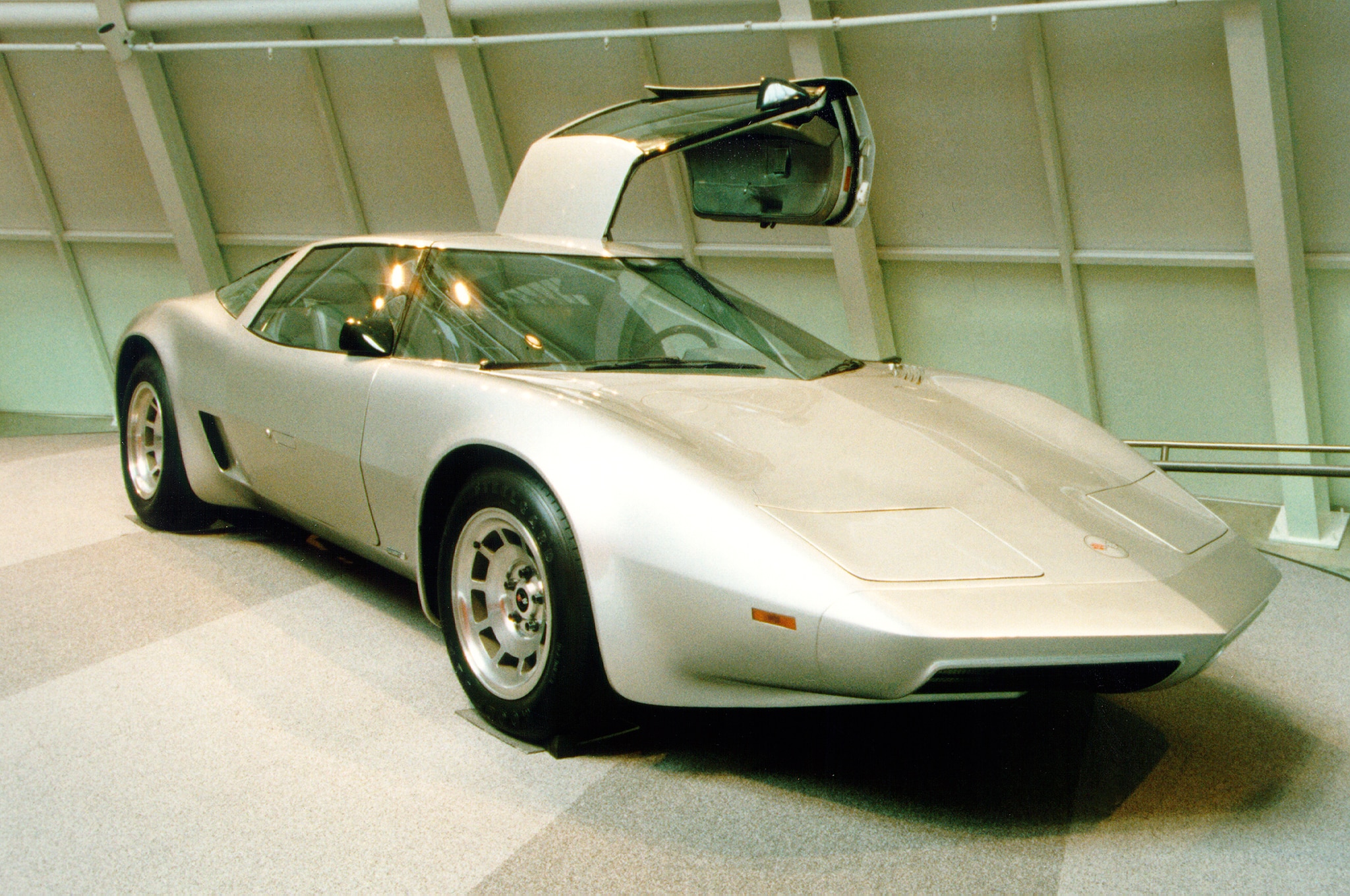 Duntov made the best of it and told his engine man, Gib Hufstader, “Make me a fast car!” Hufstader’s solution later won a U.S. patent. The layout consisted of two separate Wankel engines, one on each side of a shaft that ran back to the bevels at the transmission output. Each engine was 90 degrees out of phase to smooth out the performance. A toothed and grooved cog belt ran the ignition, alternator, and fuel pump, while a V-belt controlled the air conditioning, power steering, and water pump. The combined size of the two engines was 585 cubic inches and was rated at 350 to 370 horsepower. Hufstader said with some development the setup could make as much as 480 horsepower. He pulled it all together in just two months. In July of 1972, Cole, with Duntov, took the completed, body-less car out on the GM Tech Center check road. Legend has it that the car hit 148 mph and was still accelerating when they had to slow down. The sound was described as an “incredible shriek!” 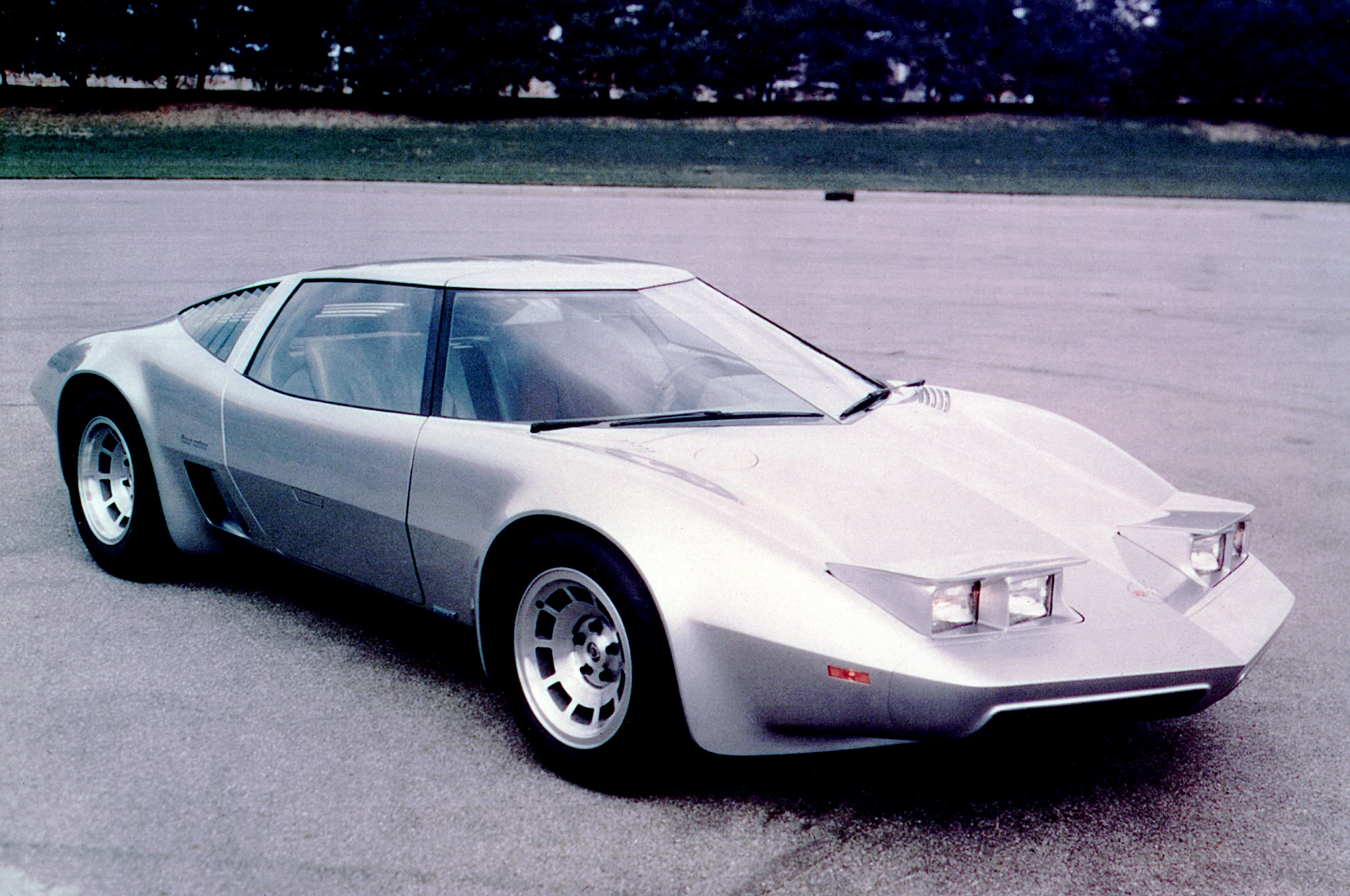 As development continued, Duntov eventually cornered GM vice president of design Bill Mitchell and said, “Let’s put a deadline on this. The Paris show.” Mitchell agreed and assigned the project to Hank Haga and Jerry Palmer. Mitchell wanted to see a break from the Kammback design, something pointed and streamlined, similar in flavor to the Mercedes-Benz record-breakers of the 1930s. Palmer recalled: “It was a very hard car to design. After my second shot Mitchell said, ‘Hey, look, this is like baseball, kid—three strikes and you’re out.’ ”

“Mitchell wanted a teardrop shape,” Haga explained. “The design problem was to put together a piece of equipment that didn’t have a tail 40 feet long. It started with a long nose and tail … it looked like a record car rather than a Corvette. So we did several overlays and got a fair balance between the nose and tail. We kept shortening it and that’s how it evolved.” 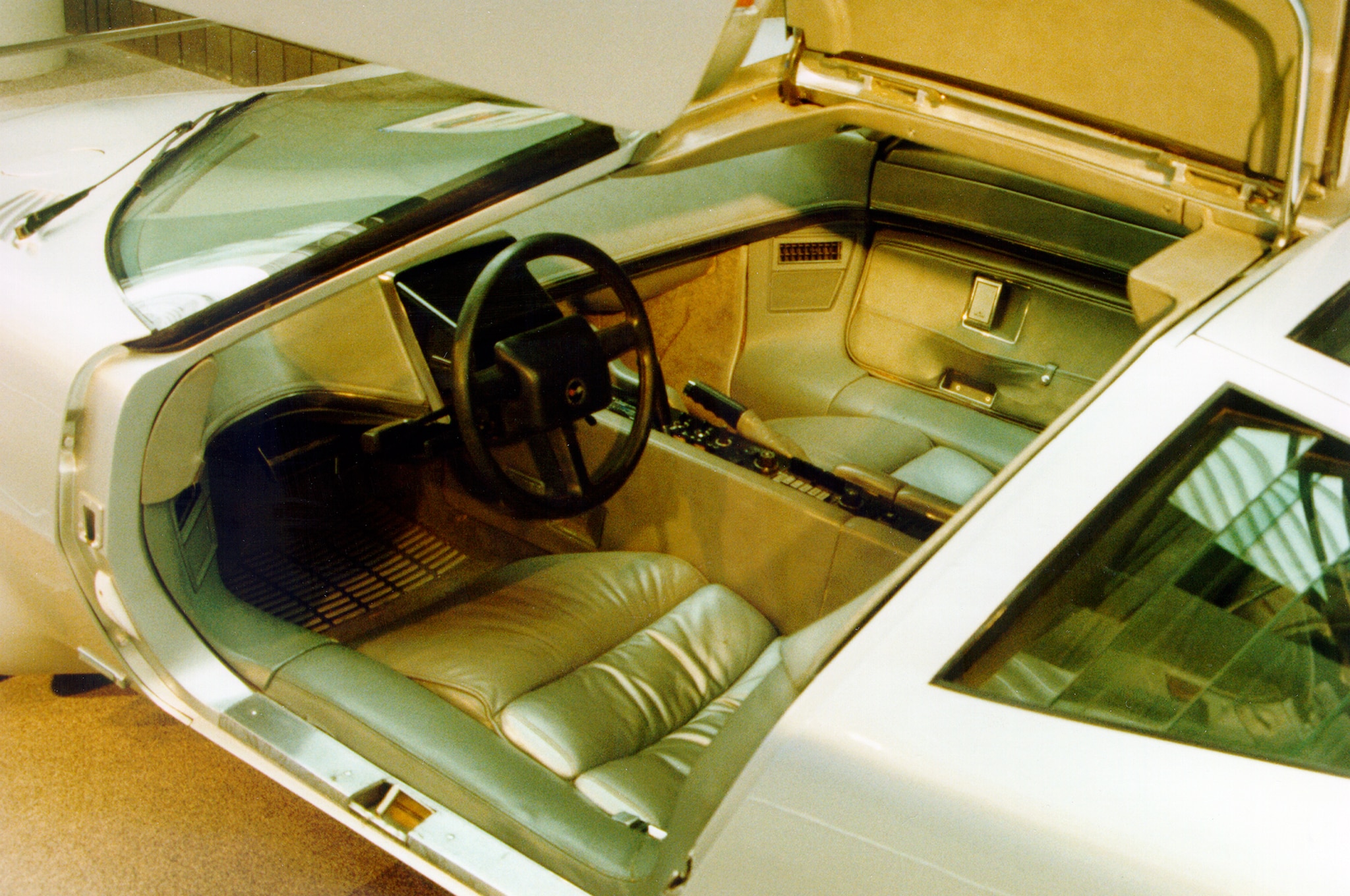 With the basic shape set, everyone in the design group fell in love with the car. With a 72-degree windshield slope, wheel flares, and vents behind the rear glass, the coefficient of drag was 0.325—astonishing for its day. Other details included side cooling intakes for the engine; bifold gullwing doors; and a deep, V-angled front windshield. Chevrolet Interiors created the cabin with plush leather and suede seats, a digital smoked-black instrument display that pivoted along with the telescopic and tilt steering wheel. The center console had more digital gauges, plus the warning lights, radio, climate controls, transmission selector, and handbrake.

Both the Two-Rotor (a.k.a. the XP-987 GT) and Four-Rotor Corvettes started making the rounds of the auto-show circuit beginning with 1973 Paris show, to mixed reviews. Automotive magazines went crazy with speculation, but the project stalled when Cole decided to scrap GM’s Wankel project altogether. As a result, the Fur-Rotor was never properly developed and didn’t run well. Flat out it was a monster; at any other speed, not so good. Designers tried to take the body design and make it a producible car, but every production issue solved detracted from the beauty of the original. “Death by a thousand cuts,” said Palmer. 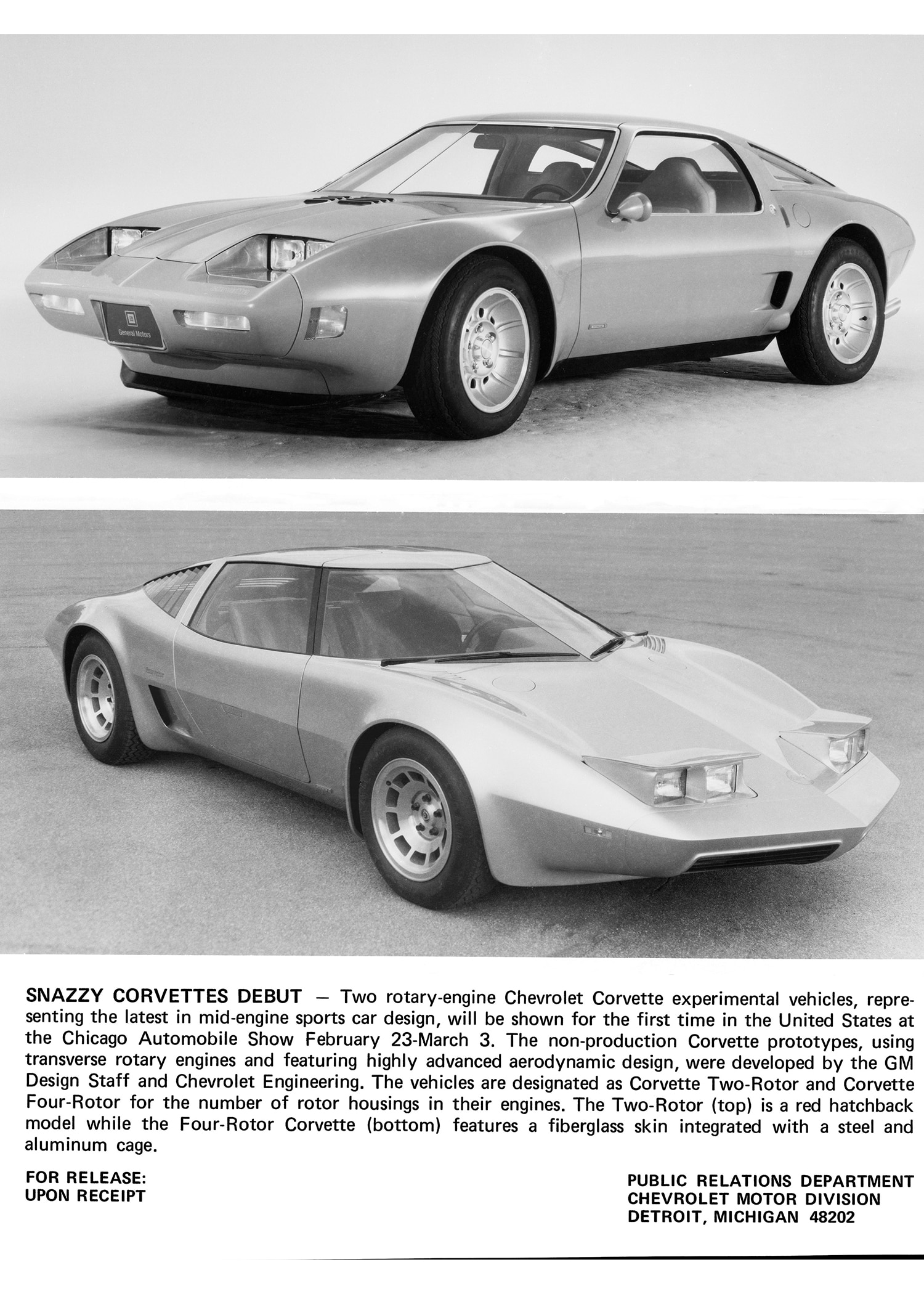 Eventually, Bill Mitchell had the Four-Rotor sent to the Design Center to be retrofitted with the all-aluminum XP-895’s drivetrain and a 400-cubic-inch small-block. The new Aerovette was relegated to show-car duty. Chief Engineer Dave McLellan said, “Showing the Aerovette was a sign of what wouldn’t be produced.” If not for the Wankel distraction, this might have been the first production mid-engine Corvette. Duntov later said that the car was equal with the 1957 Corvette SS as his favorite one-off Corvette. When Zora retired, he was given a detailed model of the Four-Rotor, while former head of GM design Ed Welburn said that he and his coworkers used to look at the car on their lunch breaks. “I knew every inch of it, and I didn’t even work on it.” Now that’s inspiration! 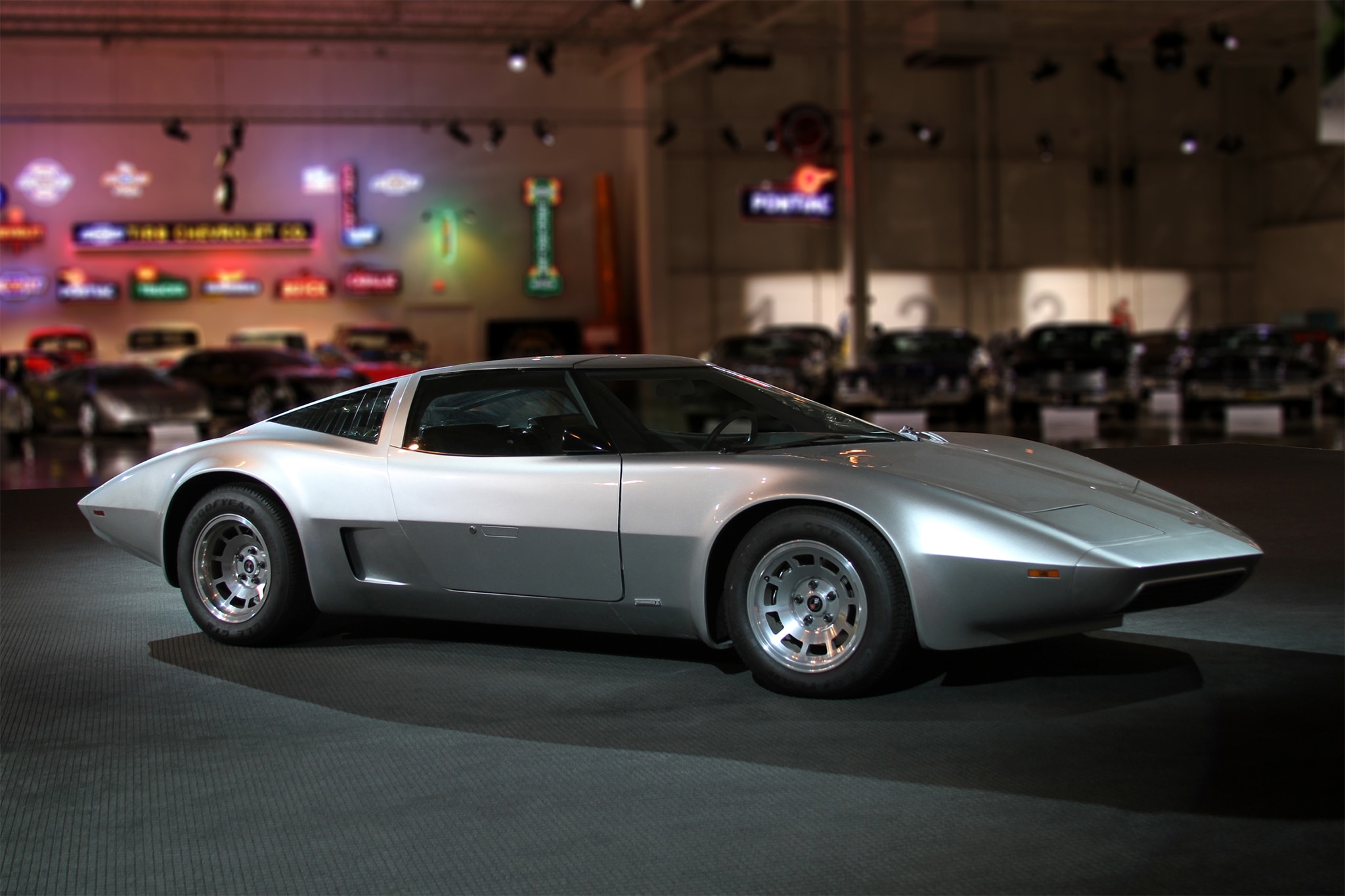 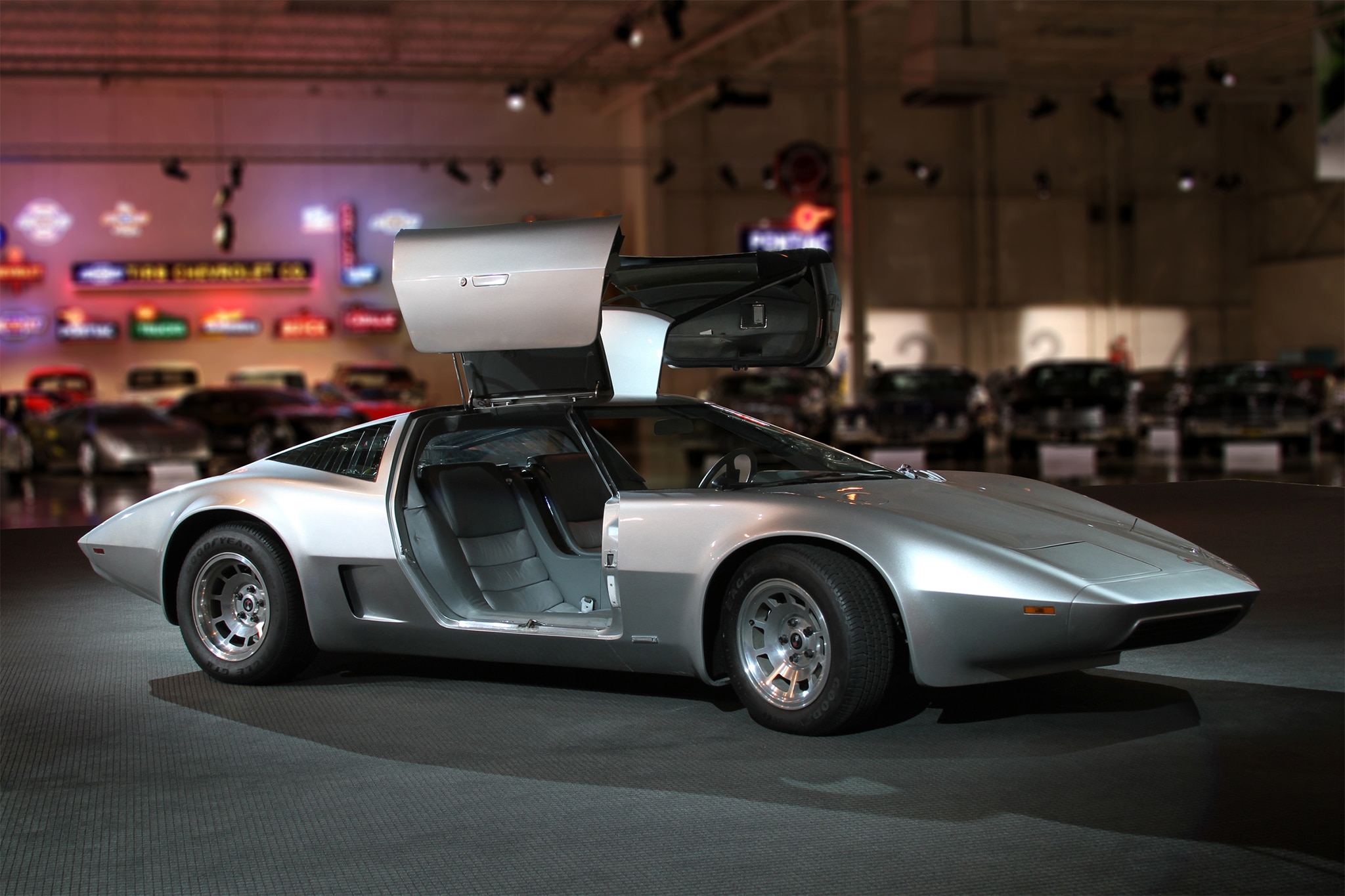 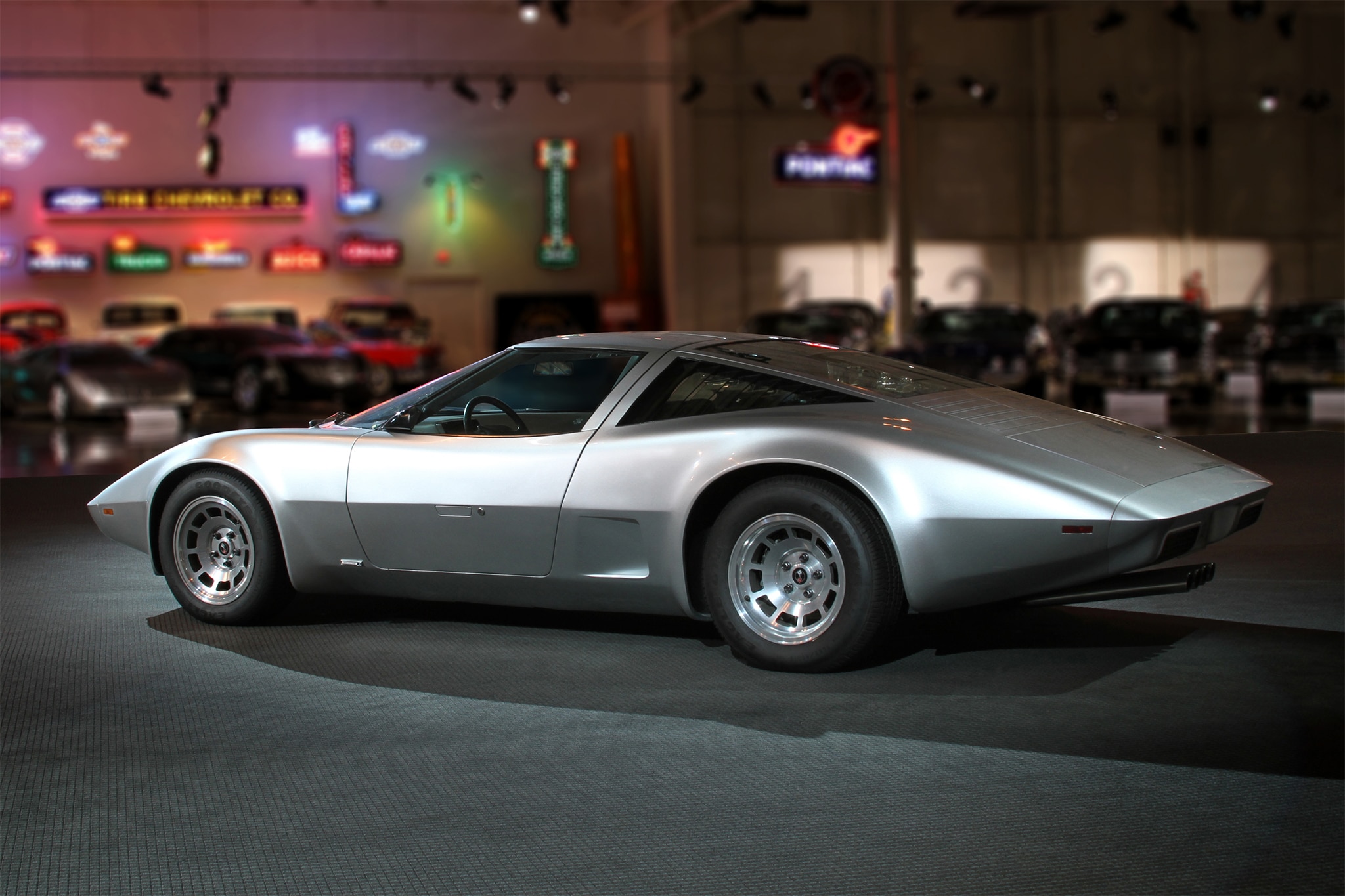 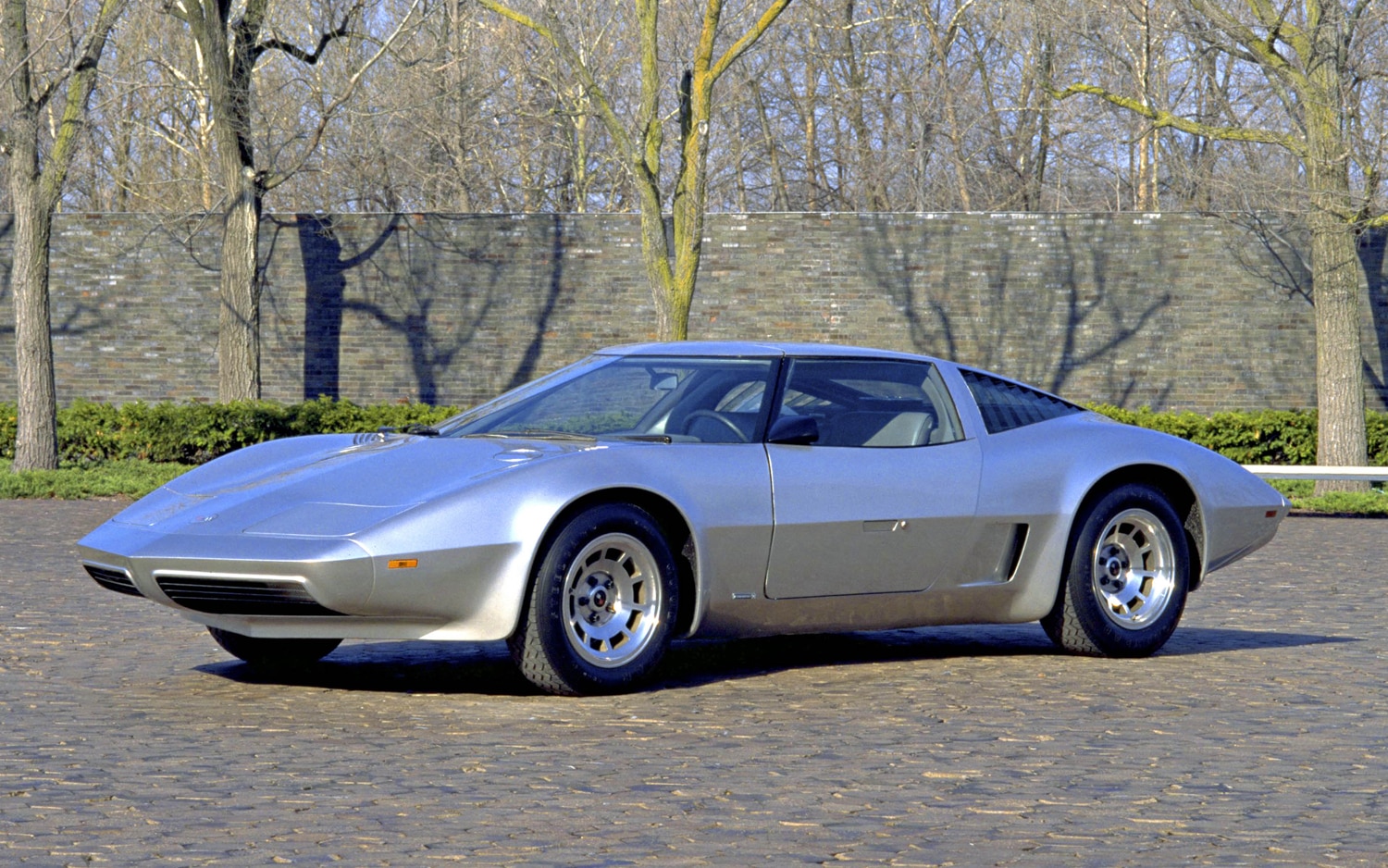 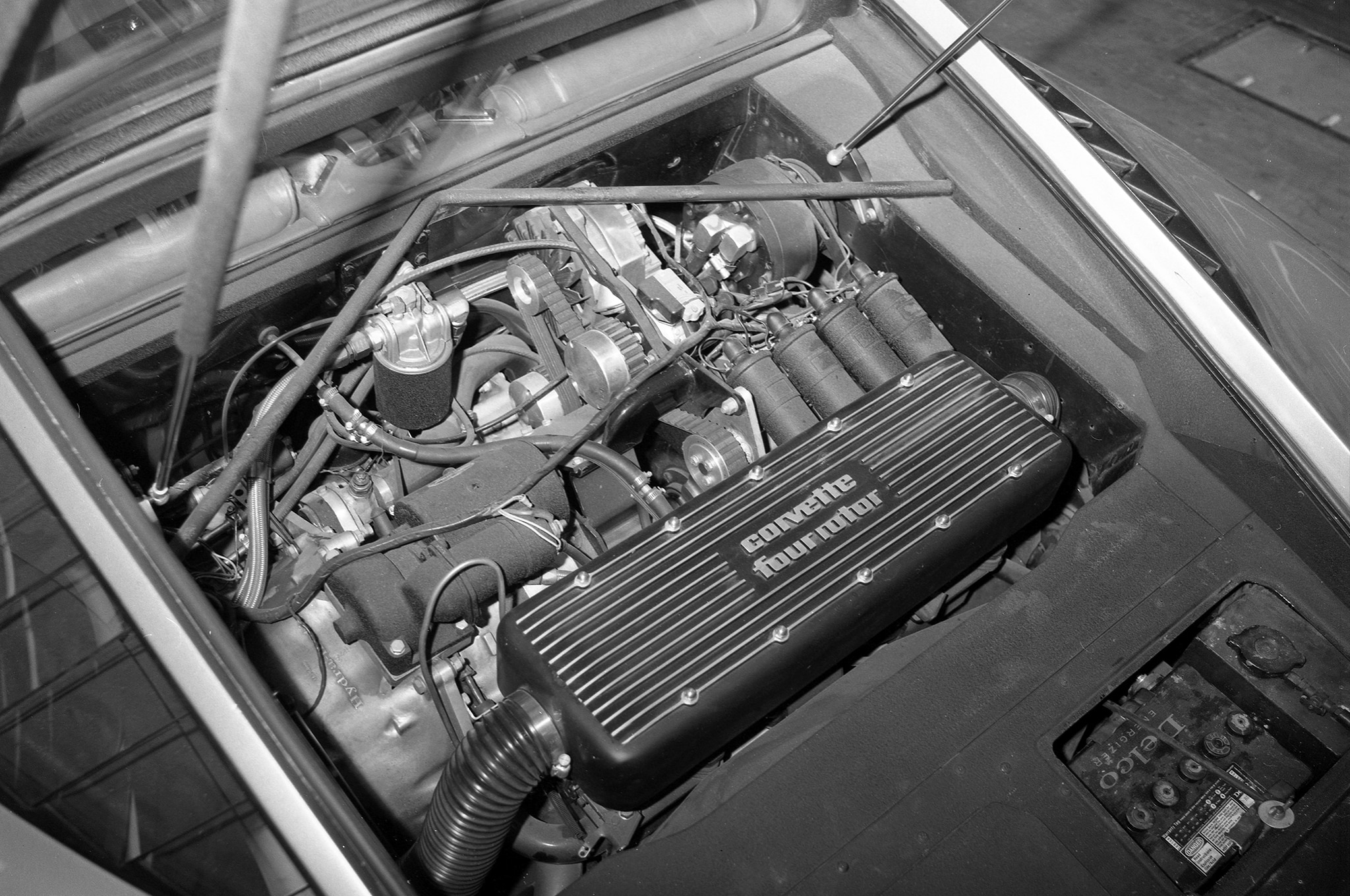 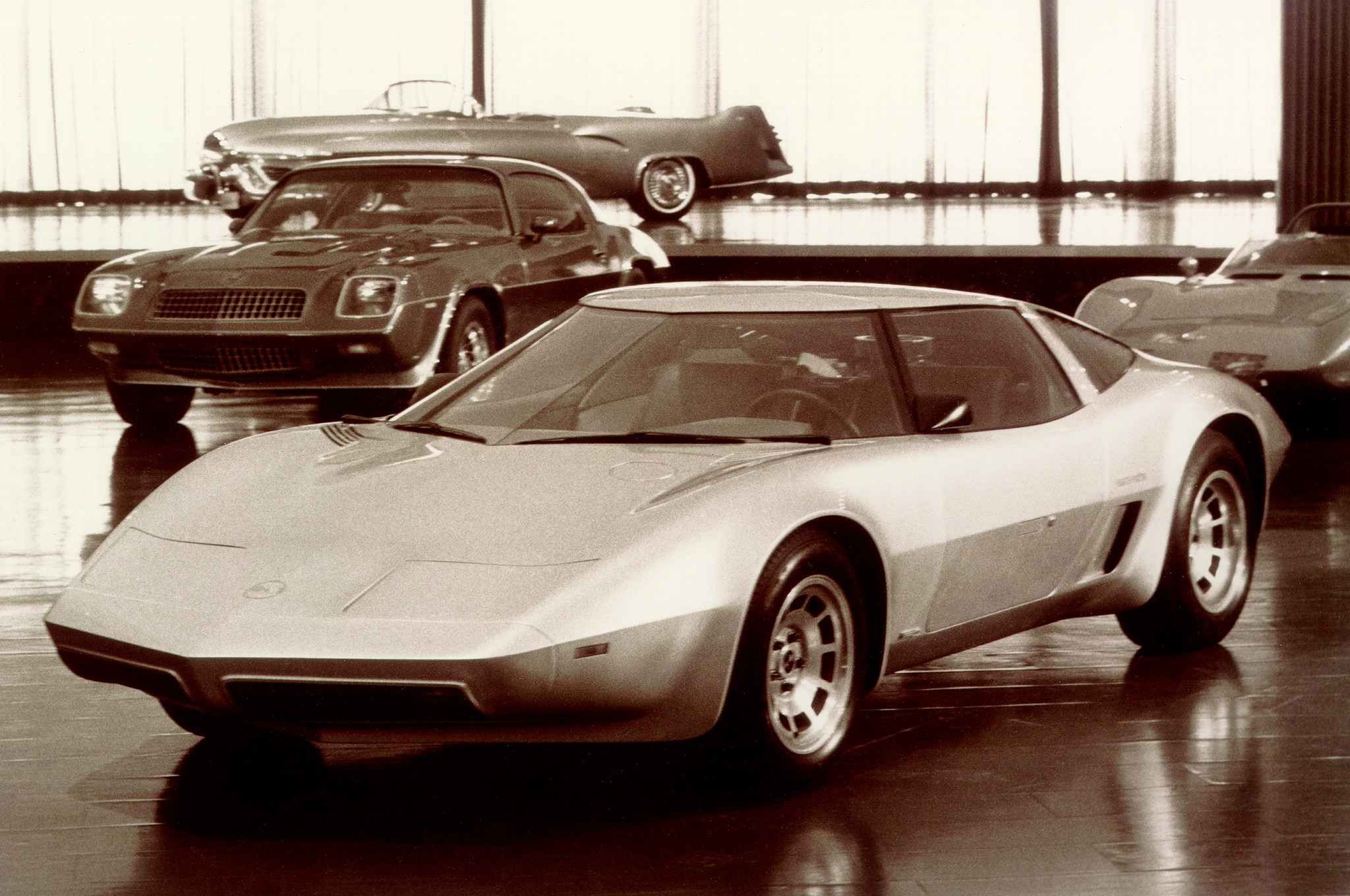 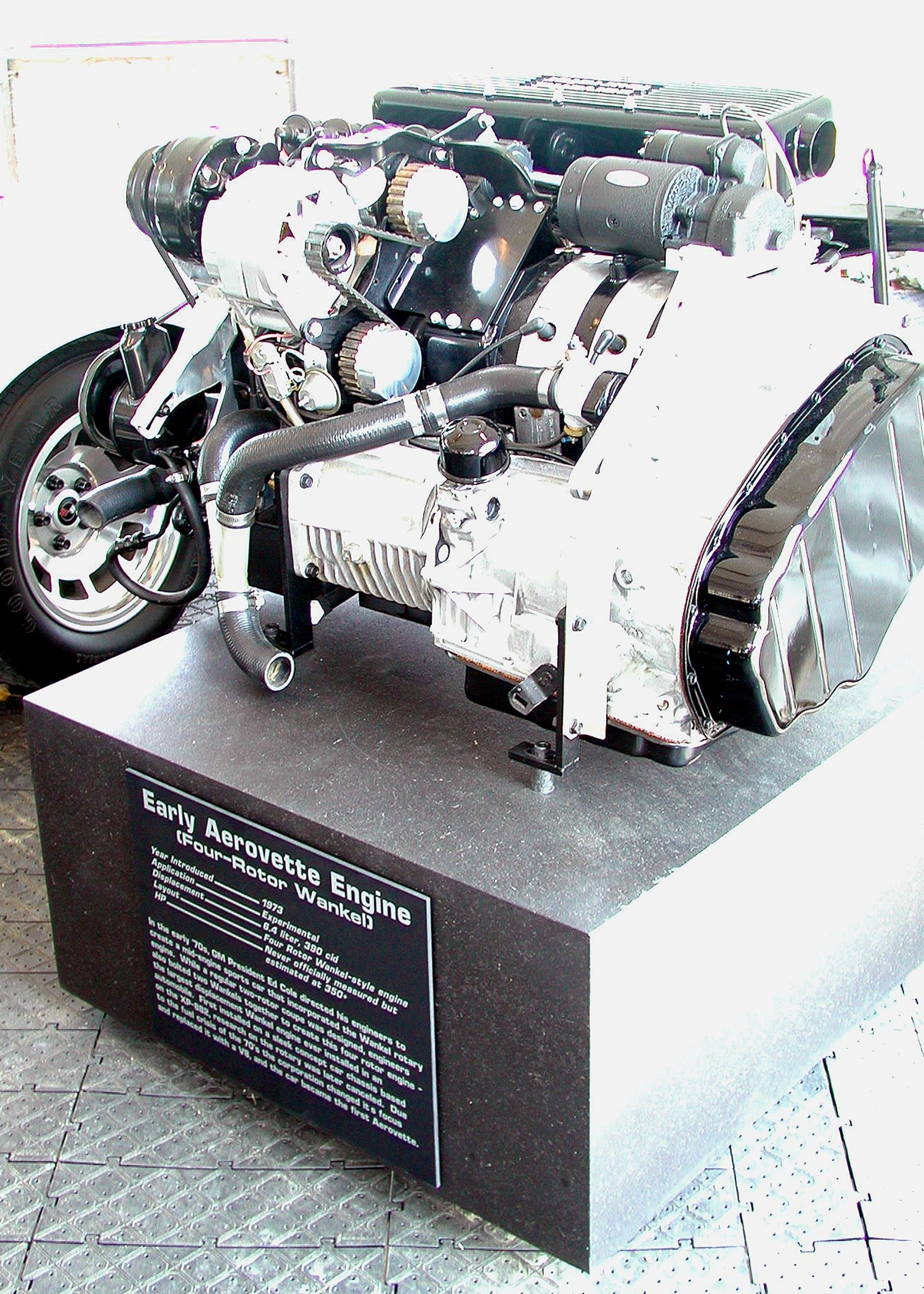 A version of this story first appeared on our sister site SuperChevy.com in August 2015.