Home » Car Reviews » Tata Motors to invest USD2 billion in EVs over the next five years – 10 EVs to be part of company's portfolio – paultan.org 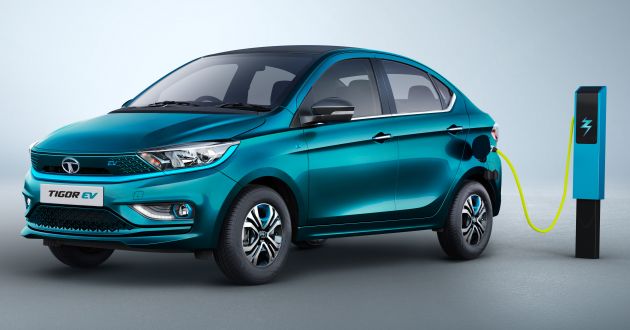 Tata Motors plans to invest over USD2 billion (around RM8.3 billion) in its electric vehicle business over the next five years, a company executive told Nikkei Asia. This was revealed after the Indian automaker announced it had entered into a binding agreement with TPG Rise Climate along with its co-investor ADQ.

“The aim is to lead the EV charge in the market,” said Shailesh Chandra, head of Tata Motors’ passenger vehicles business, who added that the company wants to achieve this goal by working together with investors who are focused on a “carbon-free world.” With their investment involving compulsory convertible instruments, TPG and ADQ will secure a stake of between 11-15% in Tata Motors’ subsidiary, which translates to an equity valuation of up to USD9.1 billion (around RM37.8 billion).

With additional investment coming in, as mentioned by the Tata Motors executive, the company says it will create a portfolio of 10 EVs. Currently, the company sells two EVs, namely the Nexon EV and Tigor EV, the latter receiving a refresh last month. Meanwhile, Tata Power, which is part of the Tata Group together with Tata Motors, will grow charging infrastructure to facilitate rapid EV adoption in India.

India is targeting to have EVs make up 30% of total car sales by 2030 – previously 100% – compared to the less than 1% currently. To support this, the government approved an incentive scheme of about USD3.5 billion (around RM14.5 billion or 260 billion rupees) to attract new investment in electric vehicles in the automotive sector.