The guy slept outside under a tarp until someone came along.

All vehicles have their limits, and a narrow mountain trail over a 400-foot drop is not where a 38-foot-long RV towing a car belongs. A driver in the San Juan Mountains near Durango, Colorado, learned this lesson when the rear wheel of the motorhome fell off the tight path leaving the vehicle stuck, as reported by the Durango Herald. He waited about a week to be rescued by a tow truck.

Photos show the RV stuck on a left-hand curve with a rock wall on one side and a cliff on the other. 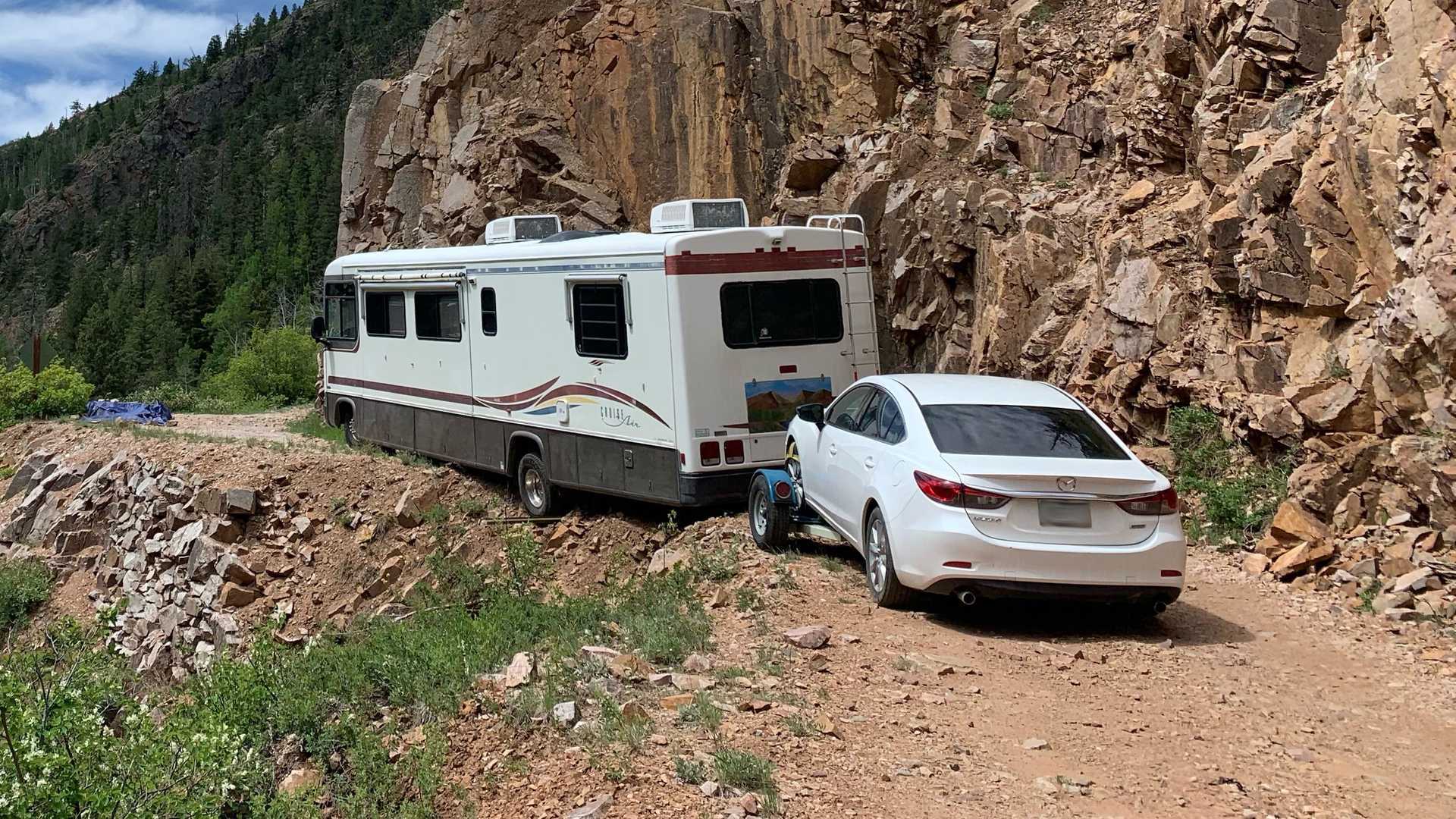 “He just took the corner too sharp,” Wayne Barger, owner of Animas Towing and Recovery in Silverton, which saved the RV, told the Durango Herald. “He said the road gave out and his back left duel went off the road.”

The RV driver decided not to leave the vehicle, but the ground was not stable enough for him to stay inside of it. Instead, the man slept underneath a tarp nearby. There was no cellular reception. A mountain biker named Brad Klipping (who also snapped these pictures) discovered the stricken motorhome.

“The size and the very narrow road. And it was about a 400-foot drop from where he was at. It was very dangerous, and there’s nowhere to turn around, so his only option was to keep on going,” Barger told the Durango Herald.

The RV driver had driven around 5 miles down the narrow road before getting stuck. According to the tow truck driver, the motorhome wouldn’t have been able to go much farther if this hadn’t happened because boulders were blocking the path.