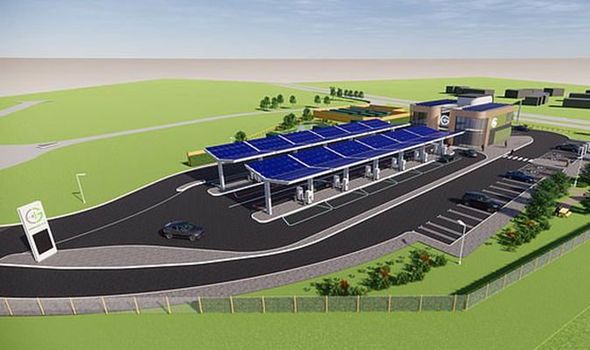 A brand new electric car charging station, which is one of over 100, is set to be built in Braintree, Essex. The UK-bound EV charging station is being built by Gridserve and will have enough points to charge 24 cars at once. The stations are set to placed along busy roads which will let hybrid and electric vehicles be recharged in half an hour. Electric cars with smaller batteries and high-speed charging capacities will also be able to recharge in just 10 minutes at these stations. If this is true and can be achieved, it will certainly make owning an electric car much easier.

As part of the £1billion project, there will also be ‘airport-style’ lounges built which will contain shops, toilets and cafes which will offer drivers options for things to do while the car’s change up.

Around 80 of these sites have already been confirmed according to Gridserve and there are more in the pipeline.

”The latest generation of electric vehicles are awesome, and ready for mainstream adoption, but drivers still worry about if or where they can charge, how long it will take, and what it will cost. 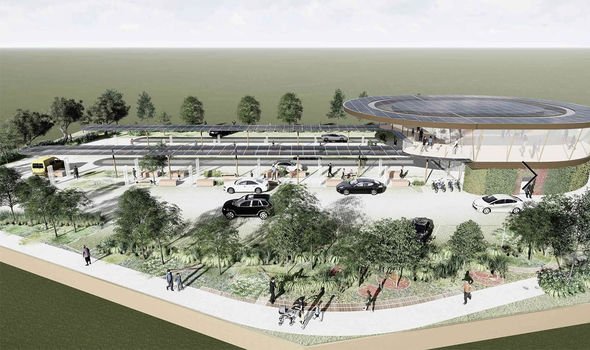 “We plan to eliminate any range or charging anxiety by building a UK-wide network of customer-focused, brand new Electric Forecourts that will make it easier and cheaper to use an electric vehicle than a petrol or diesel alternative.

“Within five years we plan to have more than 100 Electric Forecourts in use, with each supported by solar energy and battery storage.

“This infrastructure will accelerate the electric vehicle revolution, serve the grid, and help the UK meet climate and clean air targets.

“We are partnering with operators of fleet vehicles, developers, financiers of vehicles and infrastructure, EV manufacturers, retailers, local authorities, and others who share our vision.”

The amount of electric car charging points on offer in Britain will need to increase as the 2040 ban of petrol and diesel cars near.

However, demand in EVs is still slow in Britain with just one per cent of cars registered in Britain being battery-electric cars.

There is also a plan to introduce dedicated areas of these stations for fleet vehicles, taxis and buses.

Ricky Sandhu, lead and senior consultant at Aup said: “It is vitally important that we transition quickly to sustainable, clean new modes of transportation and energy production.”