Saloon is the new electric sub-brand from Great Wall Motors in China, and it’s showing the wonderfully named Mecha Dragon model at the 2021 Guangzhou Motor Show. While the company released a few videos of the sedan, this video captured the oddly styled machine for a full 360-degree look.

The Mecha Dragon has an exterior appearance that’s nearly as weird as the vehicle’s name. The model is an EV, but there are lots of styling cues that suggest otherwise. The most notable examples of this are the hood scoop at the front and two circular exhaust pipes at the back. 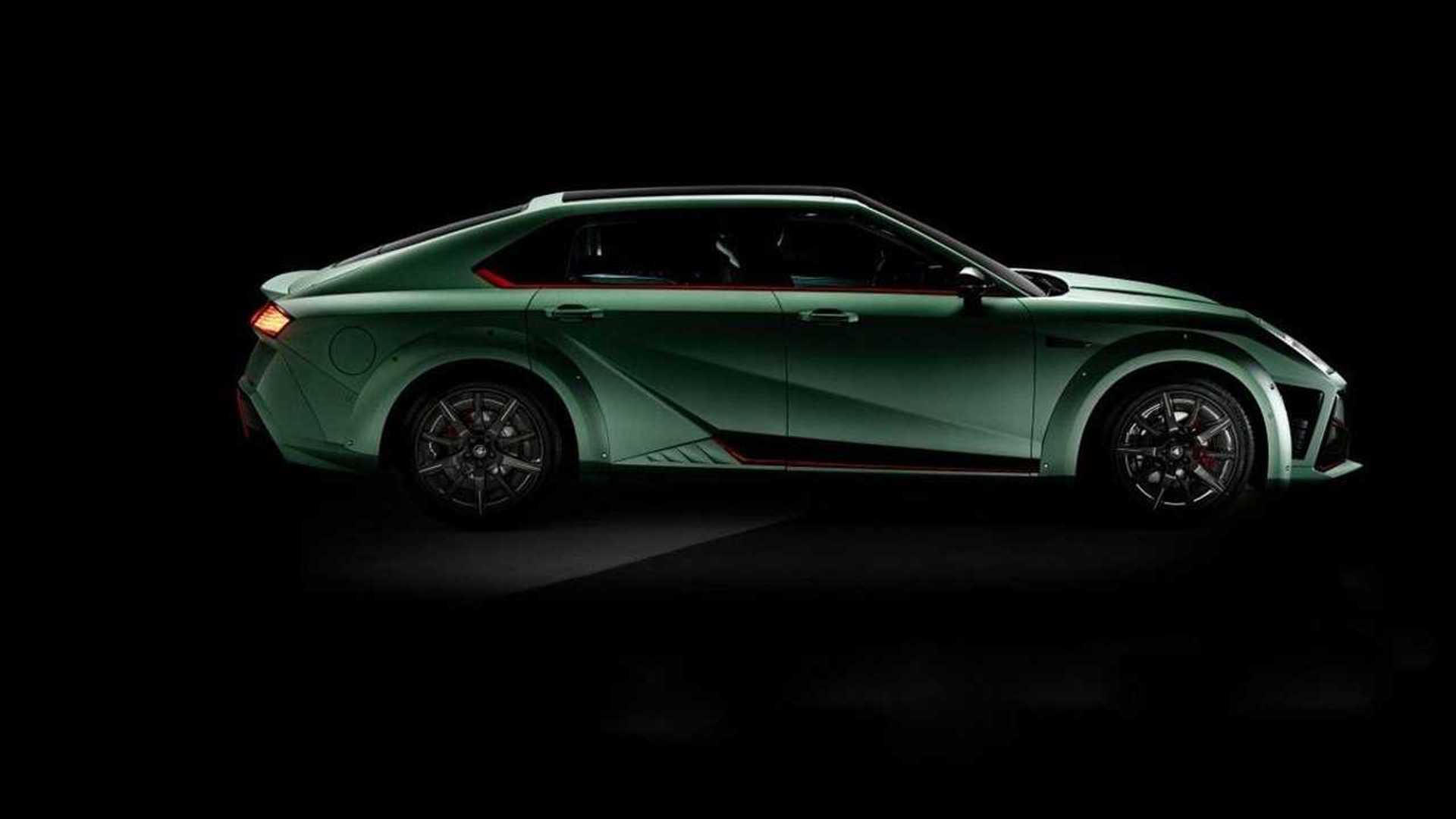 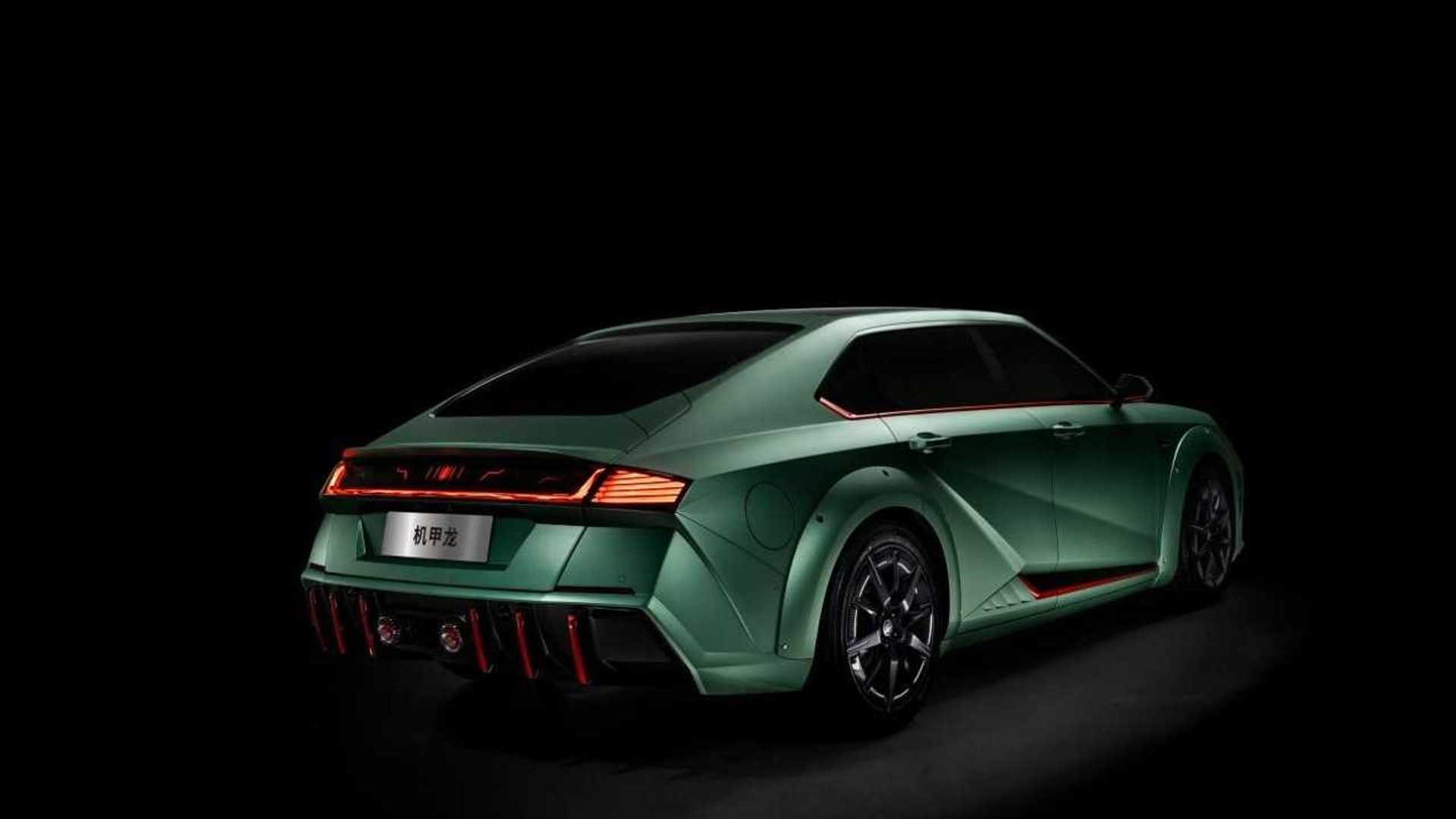 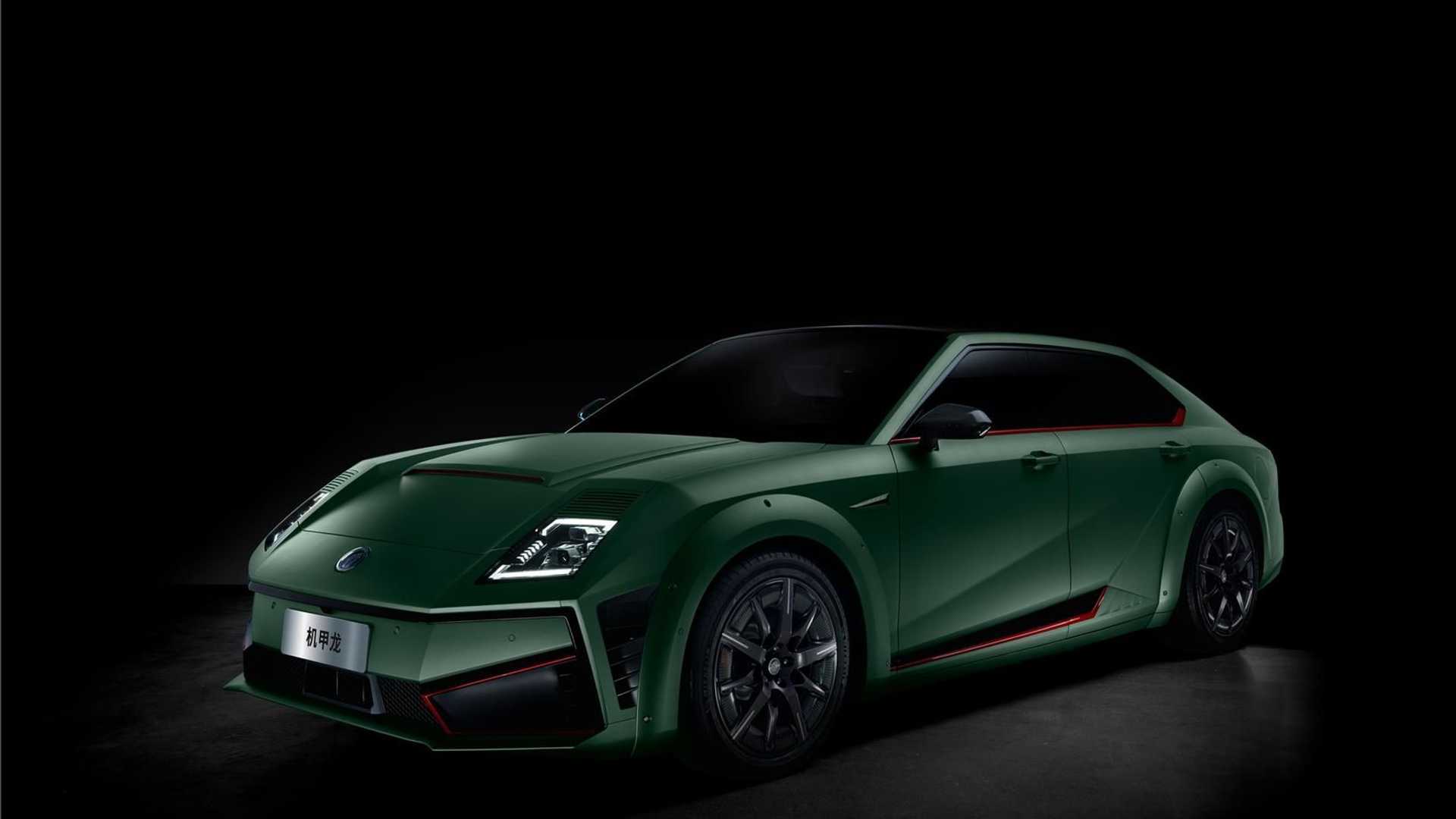 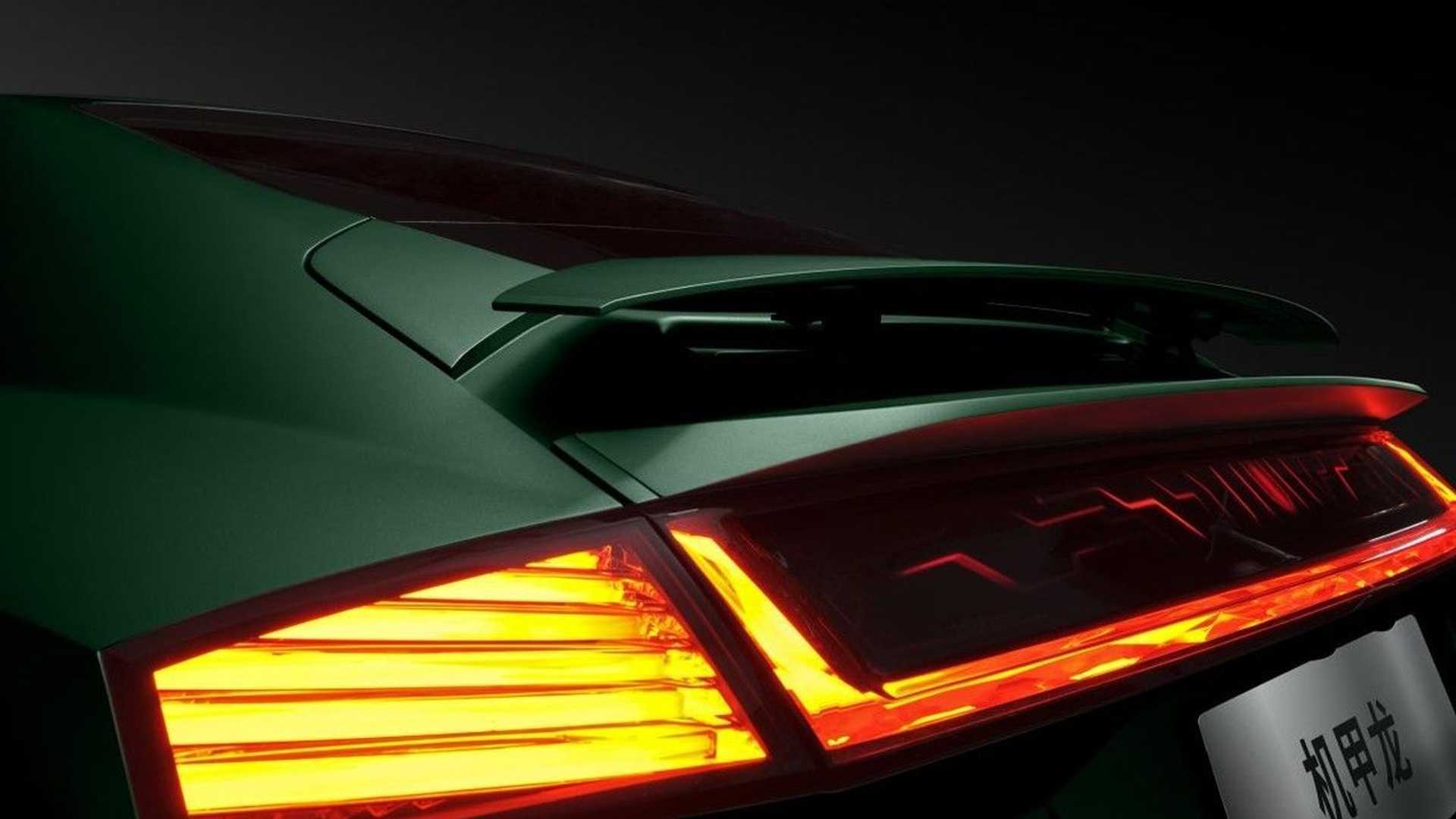 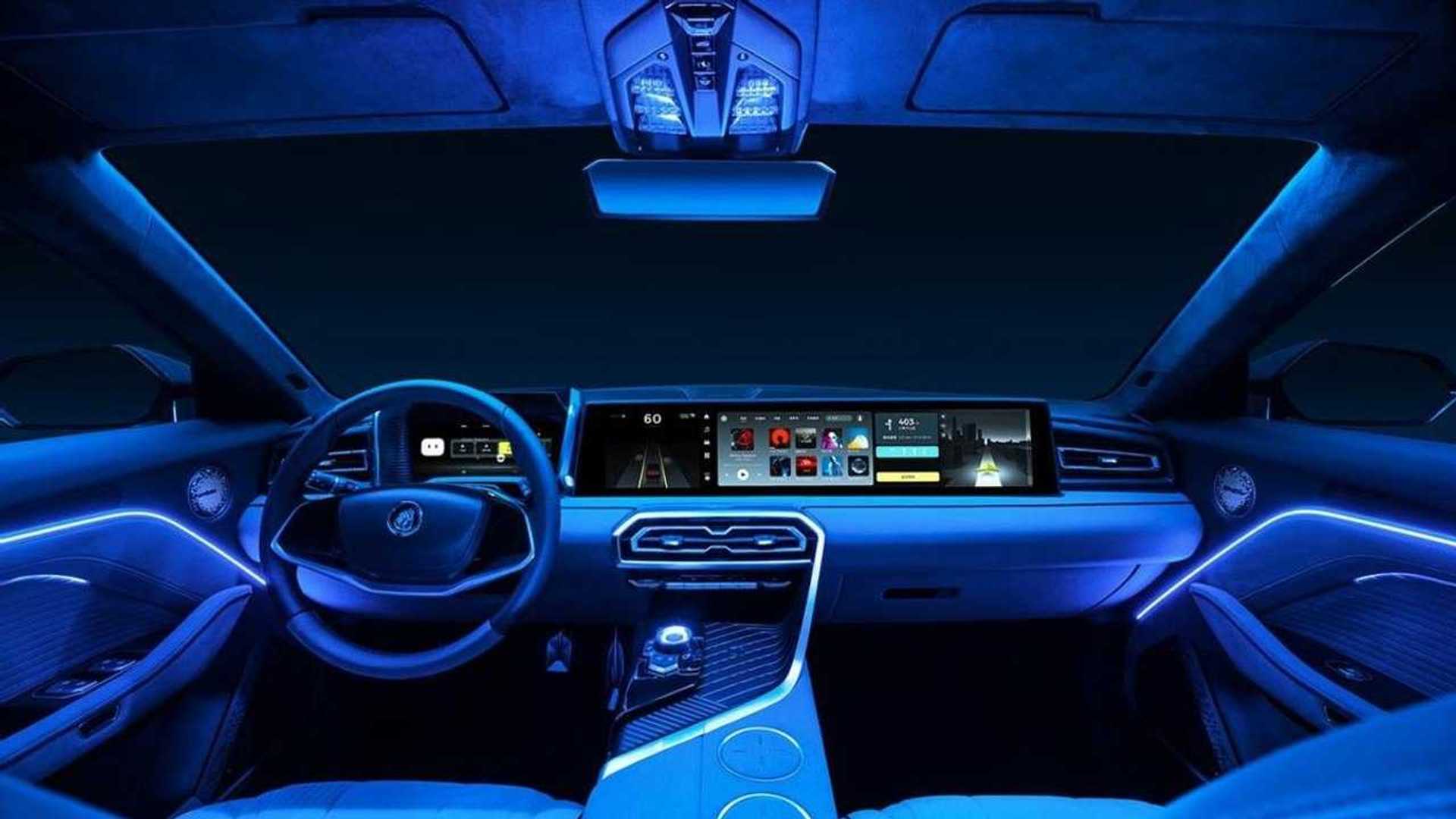 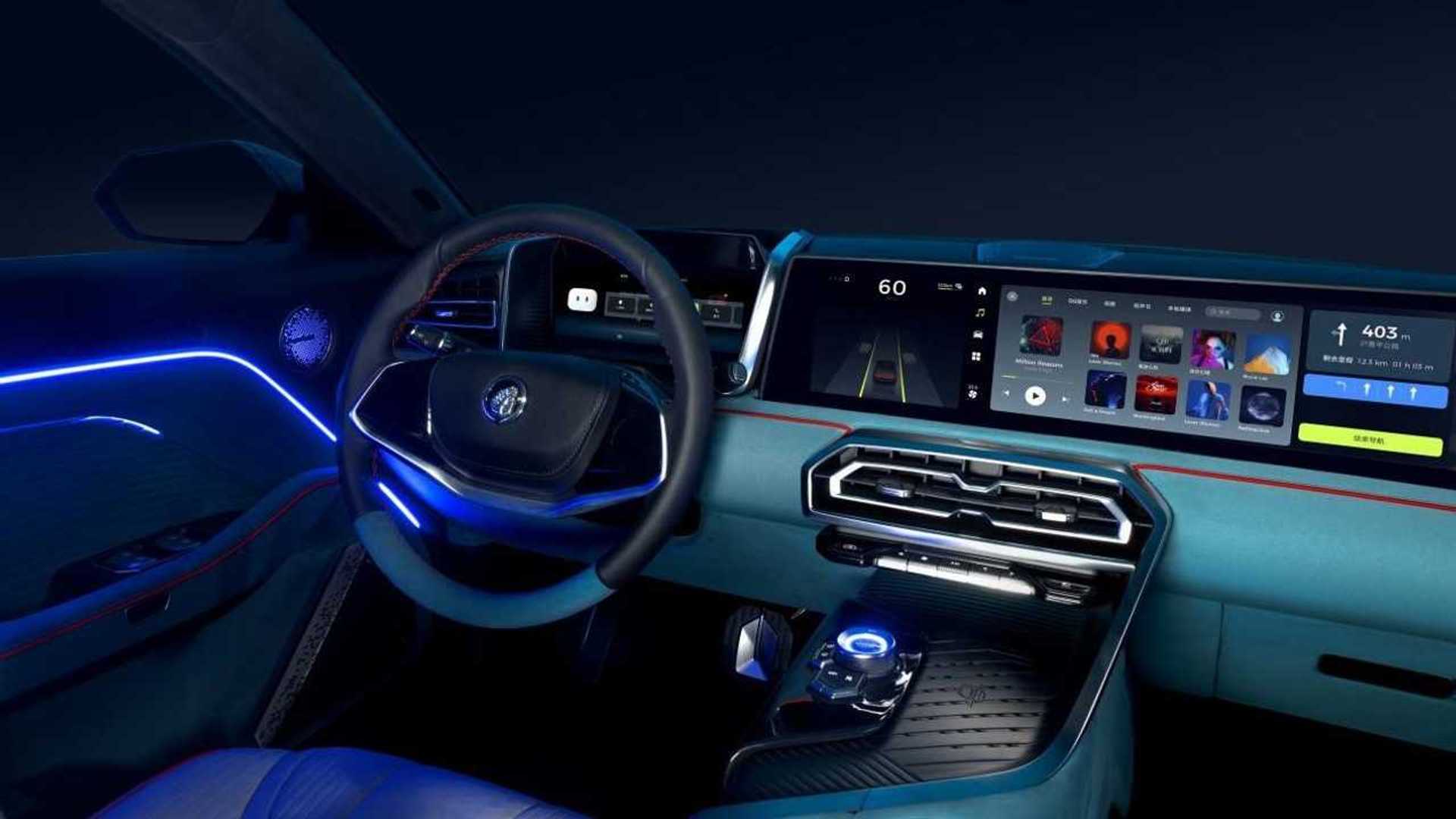 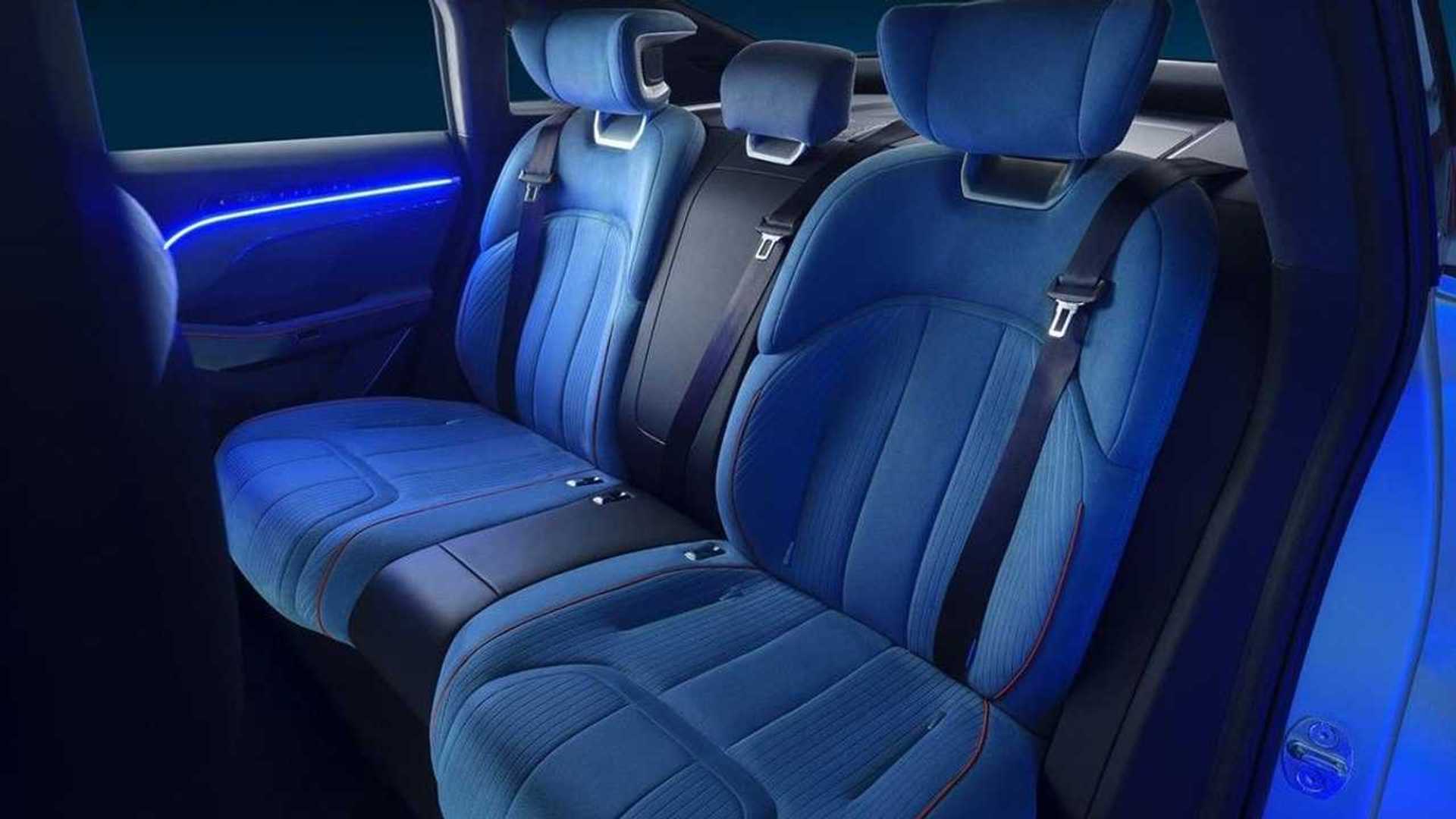 In addition, the lower fascia is quite aggressive, but the intakes along the lower portion are actually quite small.

The headlights are also weird because of the louvers above each one. These don’t appear to be functional openings, though. They’re simply a neat styling gimmick.

In profile, the Mecha Dragon shows its odd proportions. Rather than the nose flowing downward in a curve, there’s a sharp angle that leads to the headlights. A similar design element is at the back where the roof transitions to the rear pillar.

The back end features a sharply flowing tail. There isn’t a traditional rear bumper. Instead, the uprights from the diffuser nearly reach the trunk opening.

While not visible in this video, the Mecha Dragon has quite a high-tech interior, judging from the automaker’s photos. The driver gets a separate screen, and there’s a massive widescreen running most of the length of the dashboard. In the images, it shows three different images, pointing to this being adaptable depending on what the driver or passenger wants to see.

The Mecha Dragon uses two electric motors that make a total of 543 horsepower (405 kilowatts) and 750 Newton-meters (551 pound-feet) of torque. A 115-kilowatt-hour battery offers an estimated range of 498 miles (802 kilometers) in the China light-duty vehicle test cycle.

The vehicle can charge at an incredibly high 480 kilowatts. This allows for recouping 250 miles (401 kilometers) in just 10 minutes.

The Saloon sub-brand only intends to make 101 examples of the Mecha Dragon. Each one has a starting cost of 488,800 yuan (about $76,550 at current exchange rates). There is no plan to sell them outside of China.