The Hyundai Santa Cruz and Ford Maverick are hitting the market at around the same time and are bringing a renewed interest in the unibody pickup segment. Naturally, people want to compare them. Following up on their hauling torture test for the Maverick, The Fast Lane Truck now puts the Santa Cruz through its paces.

Unfortunately, the Hyundai can’t do the same log-hauling challenge as the Ford. This Santa Cruz has a tonneau cover that limits the amount of stuff you can stack in the back. So instead of carrying lumber, this little truck gets a 900-pound bale of alfalfa in its bed. 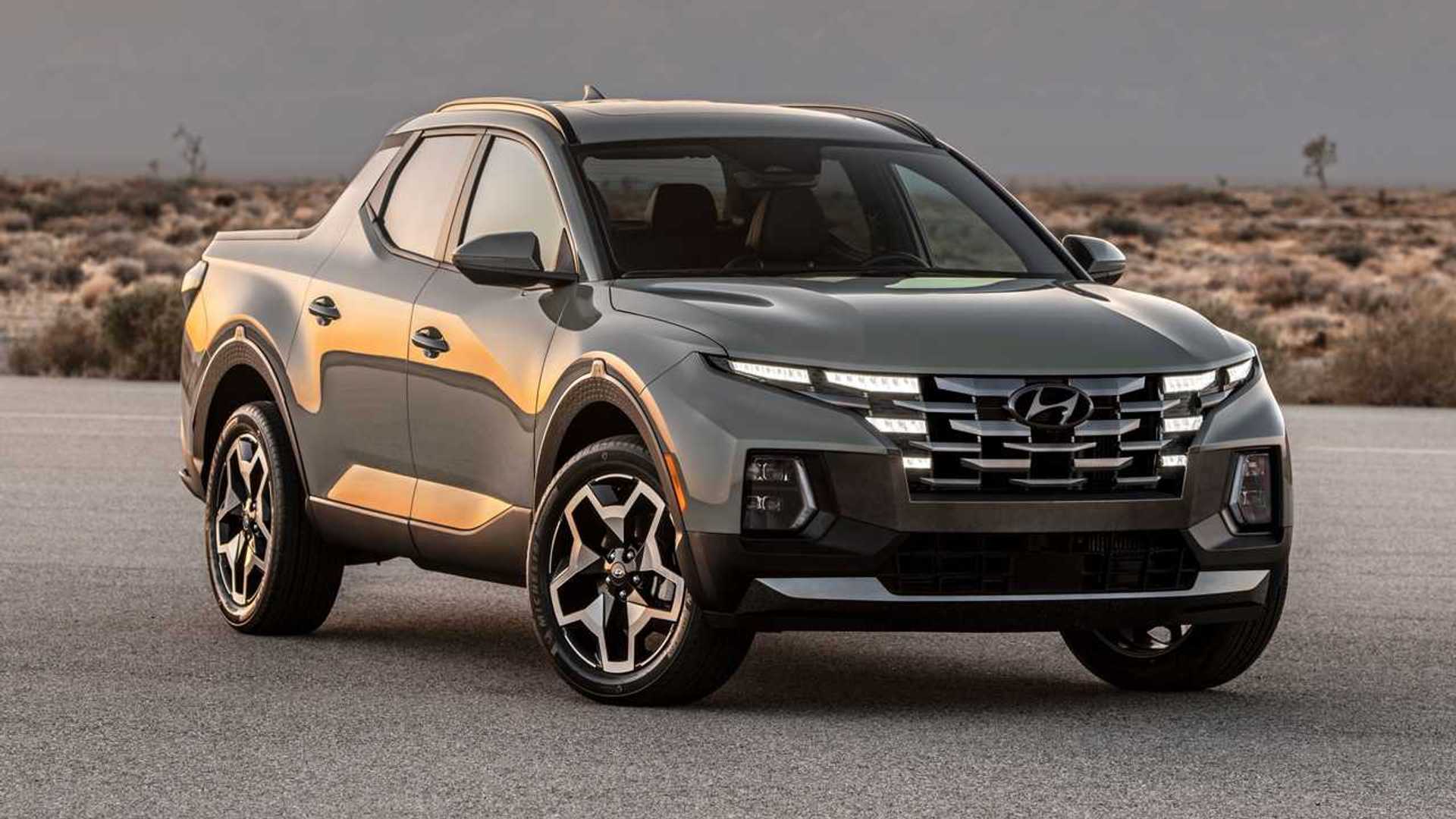 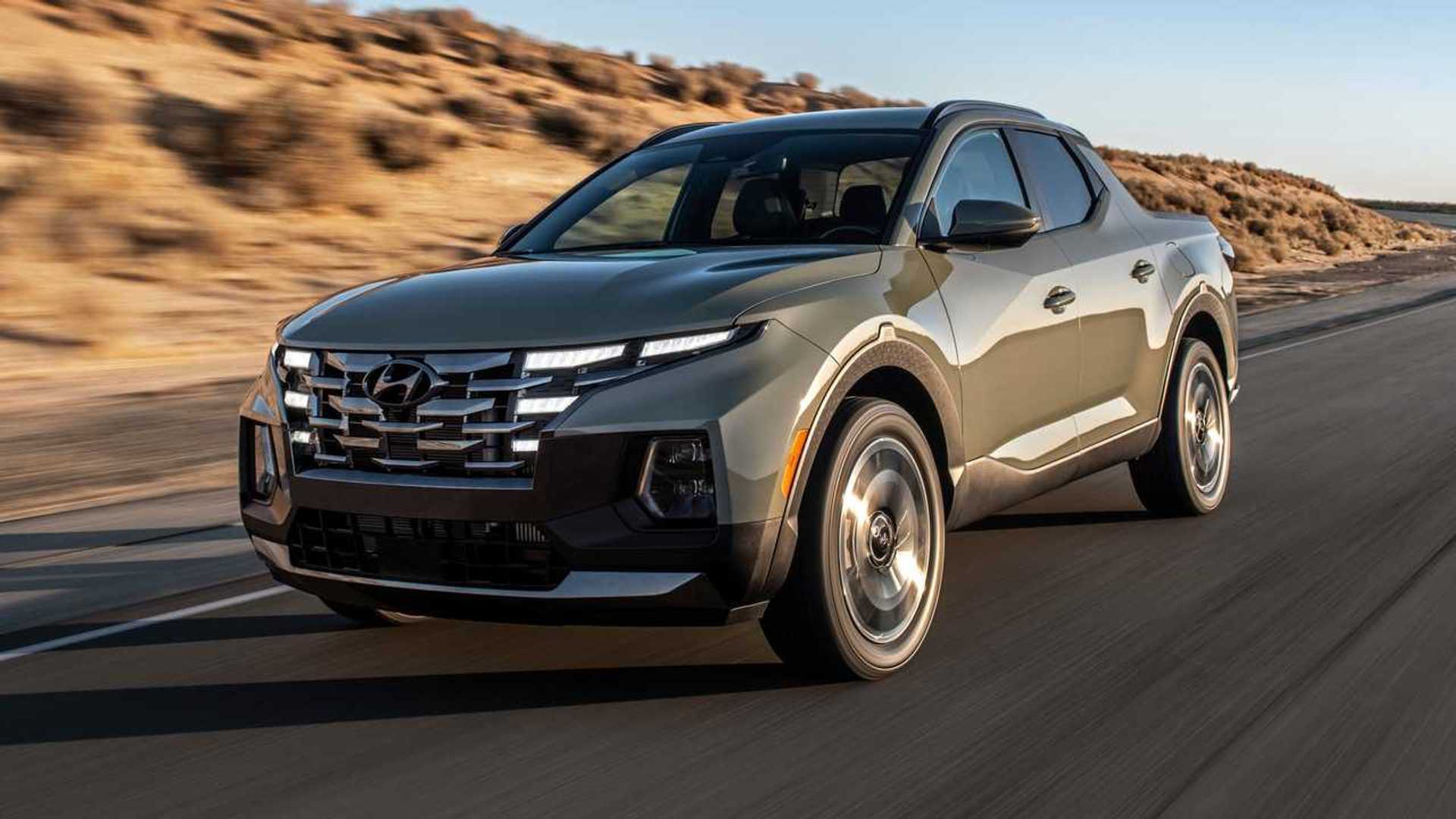 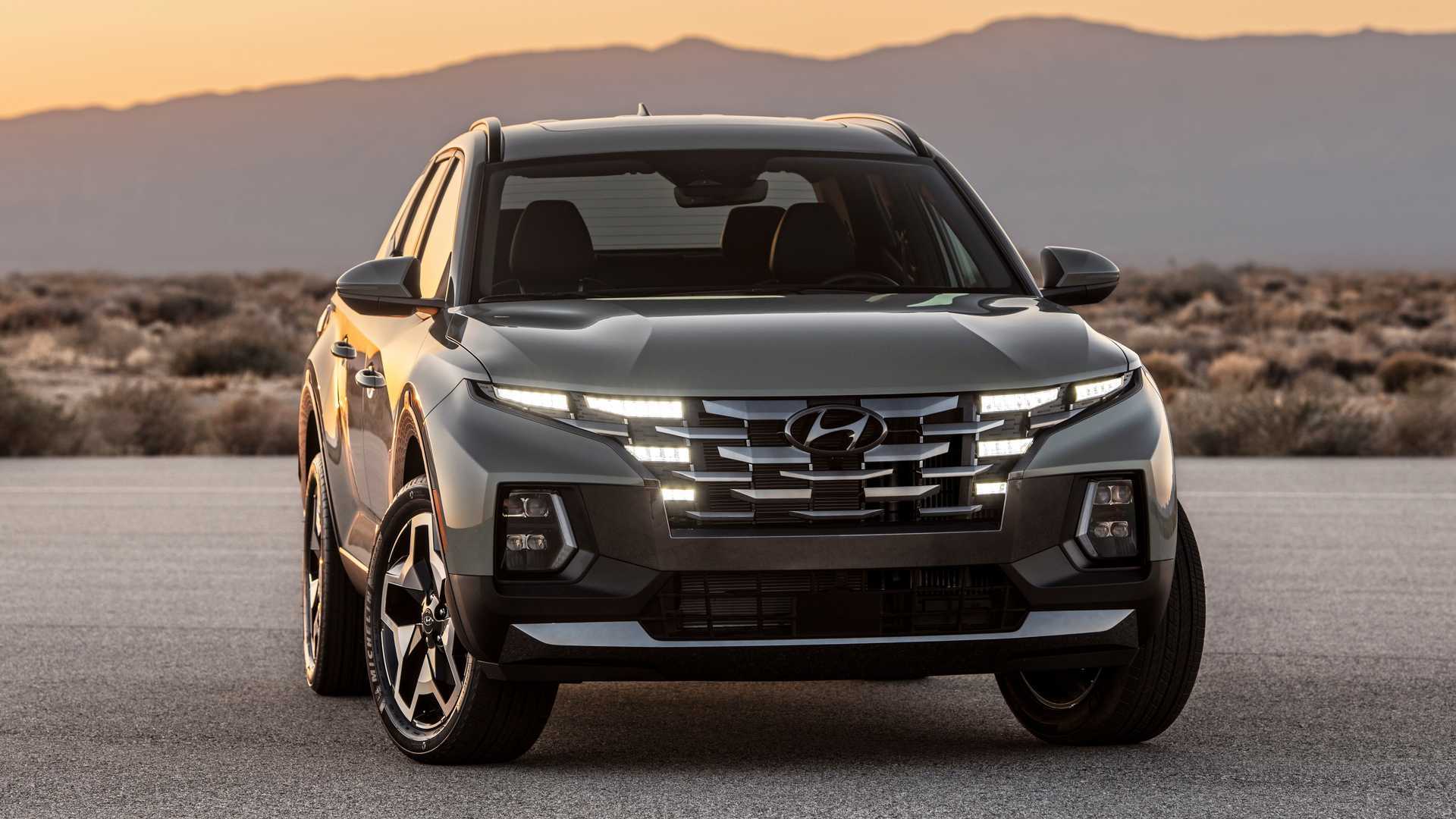 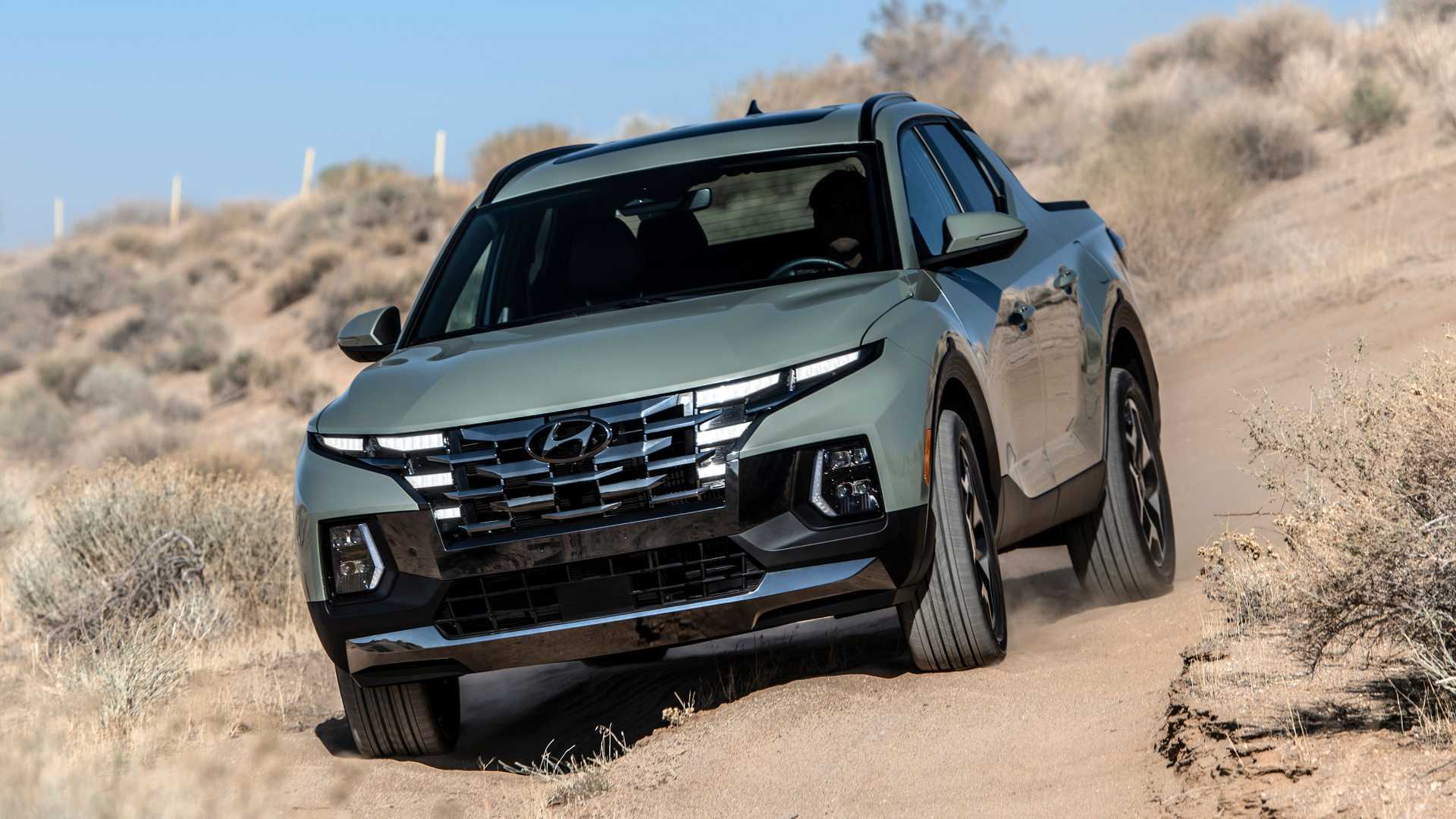 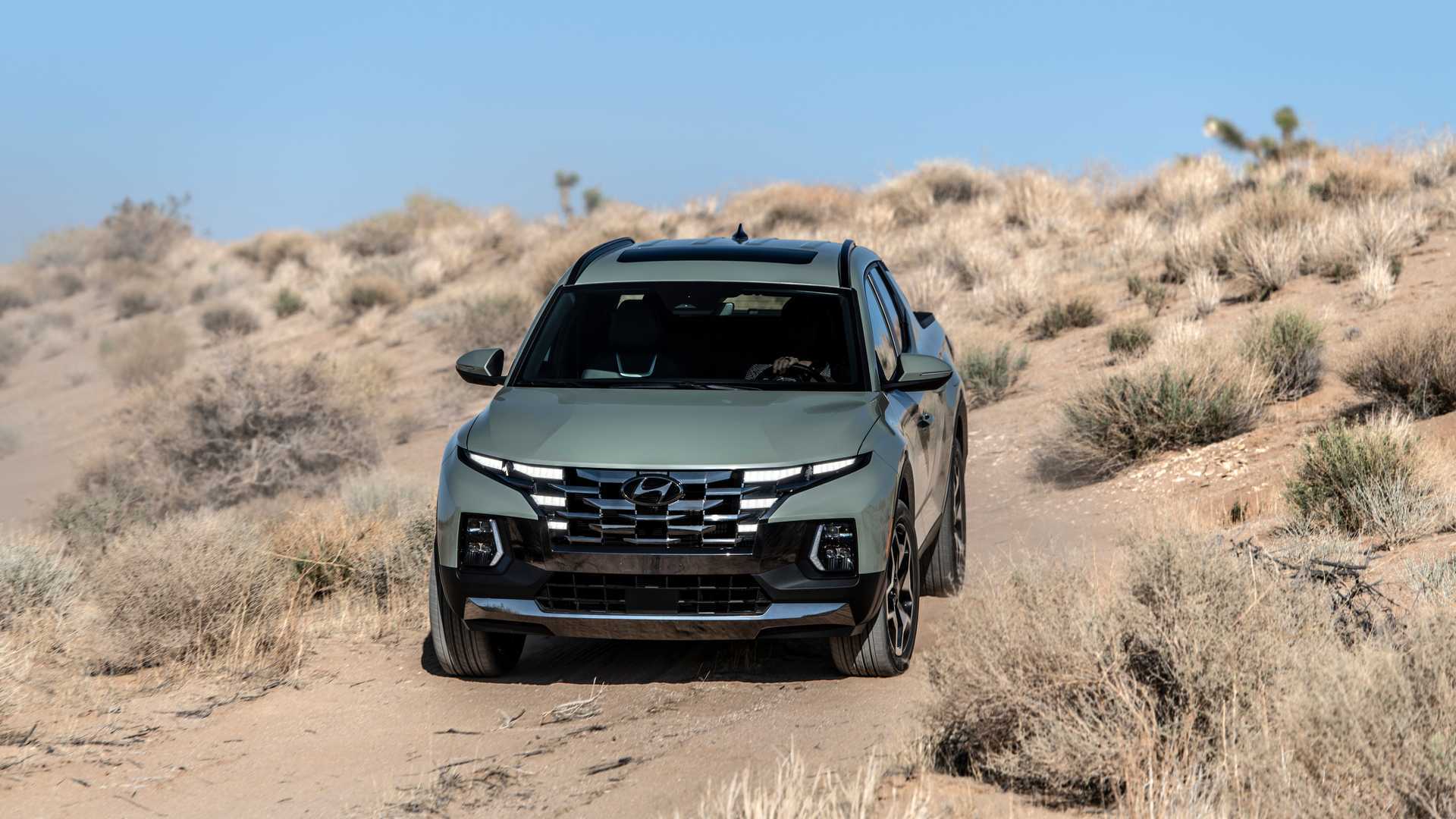 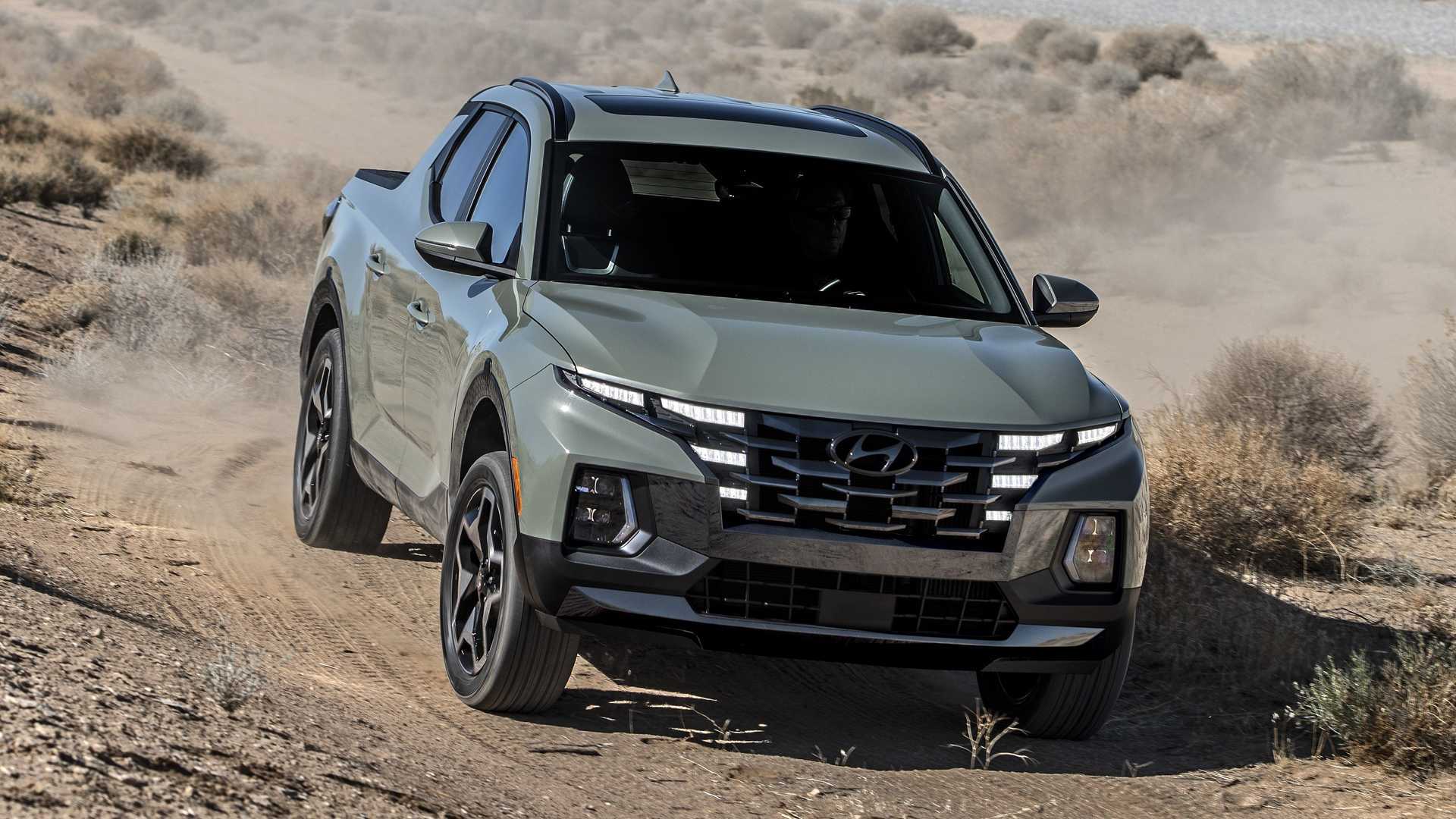 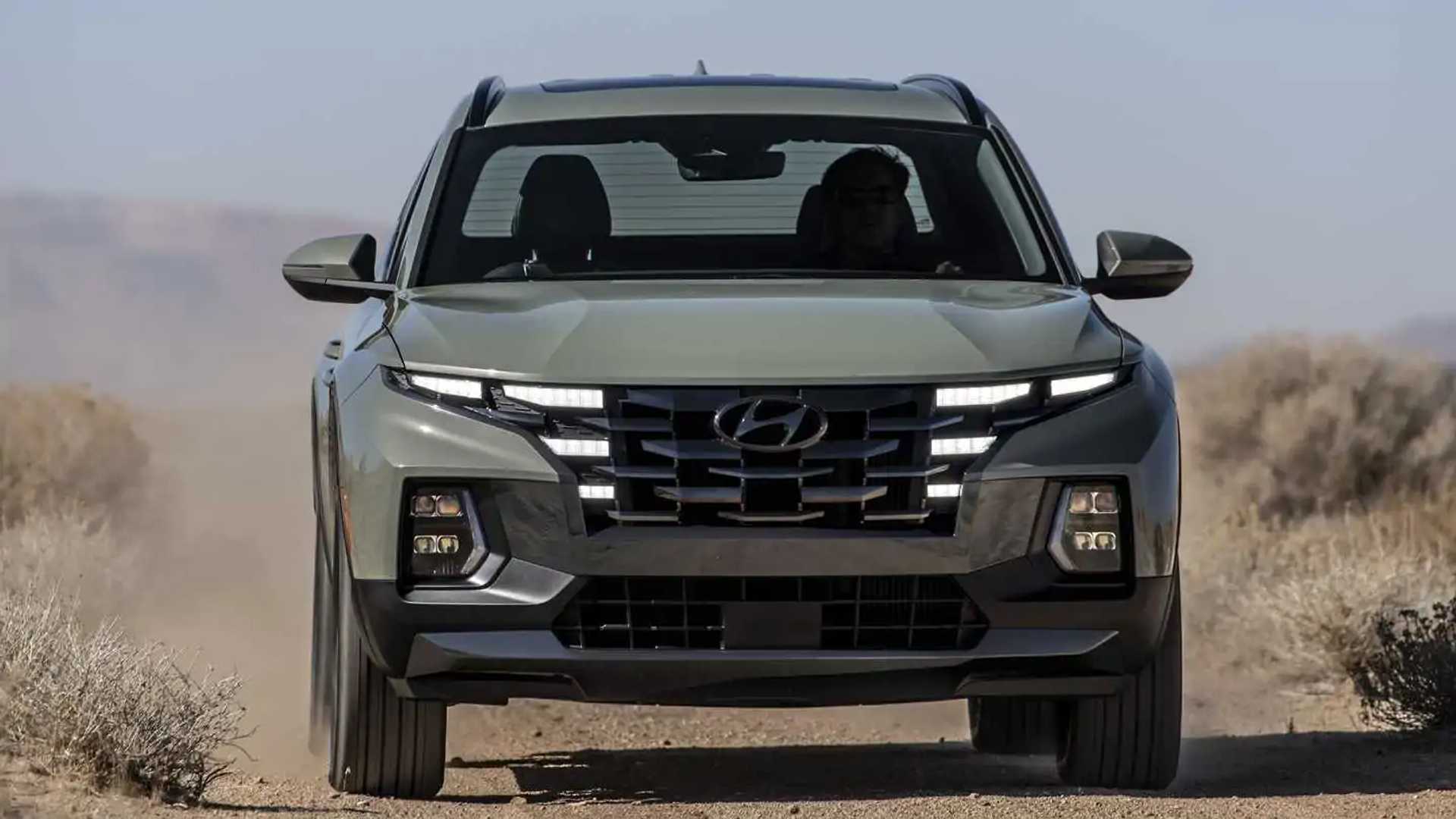 The challenge is to see how the tiny truck performs when climbing a hill with about a 30-degree incline. Portions of the way up the slope have a gravel path, and the rest is fully off-road.

The Santa Cruz does very well in this test. The tires only spin once during the climb, and the loss of traction isn’t enough to stop the truck’s forward progress. Also, its hill descent control keeps things steady when carrying the weight down the hill.

The rancher in the truck seems impressed by the little Santa Cruz. It’s not going to replace the truck he usually uses for this job He sees how this could be a great solution for someone who wants a pickup but wouldn’t use it as a work vehicle every day.

At the end of the clip, they weigh the truck with two occupants and the bale of alfalfa in the back. The scales show 5,480 pounds, which isn’t too far away from the Santa Cruz’s gross vehicle weight rating of 5,732 pounds.