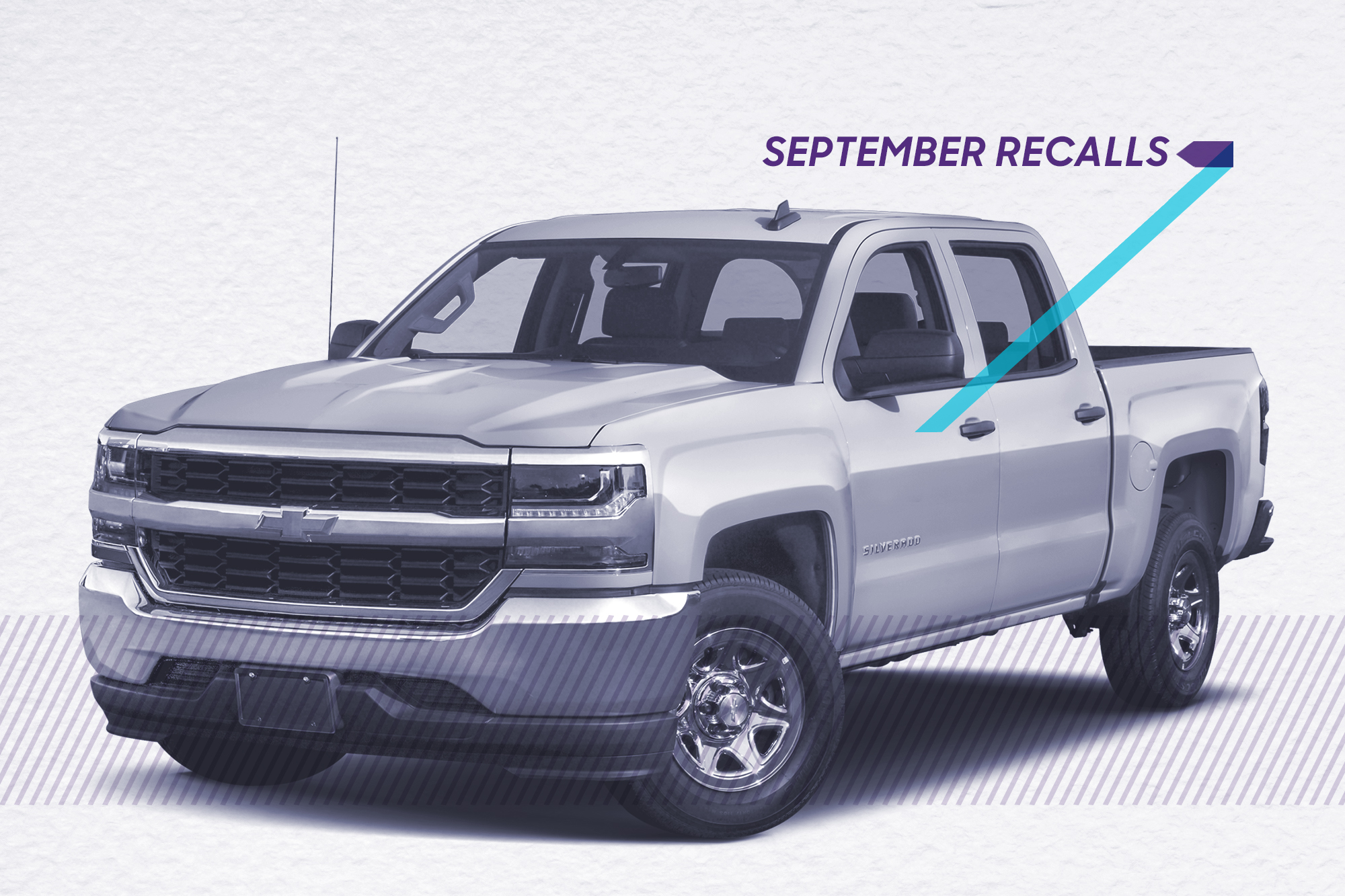 Nobody likes when things don’t work the way they’re supposed to, especially when it’s the two-ton hunk of car parts sitting in your driveway. That’s why, when a problem becomes a complaint becomes an investigation becomes a recall, automakers try their hardest to get your attention so you can get it fixed. It’s not just junk mail — it’s a letter that could potentially save your life.

Thing is, recalls happen all the time. Some are relatively minor; some are, well, the Takata airbag inflator crisis. Each one is important no matter the month, but it can be hard to keep up with knowing if your vehicle is involved.

Not feeling up to speed? We got you. Below are the biggest recalls we covered from September, in terms of volume of vehicles affected. For more coverage, check out our Recalls page, and for a comprehensive list of recalls that include all things road-going, check out the National Highway Traffic Safety Administration’s page here.

It was already a rough month for GM given its situation with unionized employees striking, but a rough end to 2019’s third quarter was compounded by the largest recall of September. The recall involves a vacuum pump issue affecting some 3.5 million vehicles: Cadillac Escalades, Chevrolet Suburbans and Tahoes, GMC Yukons, and Chevrolet Silverado 1500s along with heavy-duty variants of the pickup truck and their GMC Sierra equivalents. A weakening vacuum pump is the culprit, which contributes to reduced braking force. Dealers have a quick fix for it, thankfully: reprogramming the electronic brake control module.

Nissan has generally kept a low profile in 2019 as far as recalls are concerned — only once has it appeared on one of these monthly recaps, and that July recall for the Titan was No. 3 — but this latest one involves practically the entire Nissan lineup (as well as its Infiniti luxury brand). The reason is simple: The backup camera could malfunction. That’s not gonna fly for a federally mandated safety feature, though as with this month’s GM recall, this remedy is basic in that it merely requires dealers to update the camera software.

For the third time this year, Ram’s pickup truck line makes the list. The good news is that the brand has steadily lowered its ranking each time — it was No. 1 in May and No. 2 in June, so this recall for 693,000 pickups feels appropriate in the No. 3 slot for September. Indeed, this isn’t even really a new recall, expanding as it does on the May recall for power locking tailgate actuator limiter tabs that may fracture and cause the tailgate to open. This could be a problem not just for your cargo in the bed, but the people following your cargo, too. But as with the May recall, the fix is simple: Dealers will repair the tailgate latch.

None of the Detroit Three had a great month for recalls, as Ford also makes the list with this sizable one for model-year 2017 Explorer SUVs equipped with power front seats. In a slightly strange one, the seat frames may have improperly coined edges, increasing the risk of an injury when someone reaches between the power front seat and center console. Nobody likes an improperly coined edge (as I’m always saying). Dealers will install flocked tape to the exposed edge and tab on the inboard side of the seats to prevent the need to awkwardly keep pressure on your cut while driving yourself to the urgent-care center.

Did I mention GM had a lousy September? The automaker put the wrong kind of exclamation mark on the month with this recall for more than 177,000 Chevrolet Malibu sedans. An error in the engine control module software may disable the fuel injectors, which could prevent the engine from starting, or cause it to stall. Like the other, bigger recalls from this month, however, the fix seems pretty straightforward for dealers, and all they have to do is reprogram the module’s software to resolve the issue.