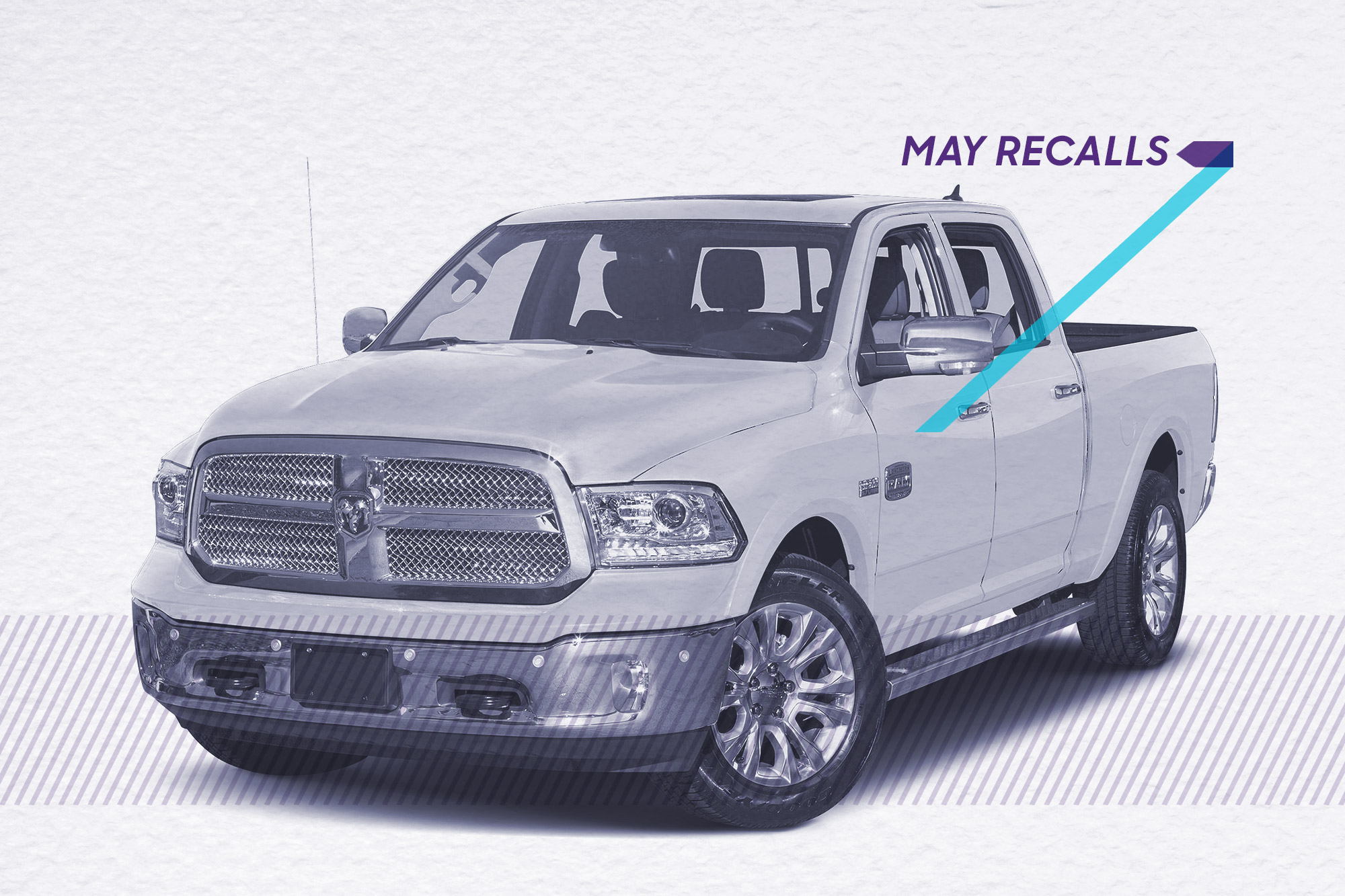 Nobody likes when things don’t work the way they’re supposed to, especially when it’s the two-ton hunk of car parts sitting in your driveway. That’s why, when a problem becomes a complaint becomes an investigation becomes a recall, automakers try their hardest to get your attention so you can get it fixed. It’s not just junk mail — it’s a letter that could potentially save your life.

Thing is, recalls happen all the time. Some are relatively minor; some are, well, the Takata airbag inflator crisis. Each one is important no matter the month, but it can be hard to keep up with knowing if your vehicle is involved.

Not feeling up to speed? We got you. Below are the biggest recalls we covered from May, in terms of volume of vehicles affected. For more coverage, check out our Recalls page, and for a comprehensive list of recalls that include all things road-going, check out the National Highway Traffic Safety Administration’s page.

There are some months where the count of vehicles affected by recalls is top heavy (like February or March); others are fairly even, with a lower overall count (like April). May, however, was flush with heavy hitters — even six figures wouldn’t have guaranteed you a spot on the list, as this BMW X1 recall shows. At the top of the heap was this recall for 410,000 Ram pickup trucks equipped with power locking tailgates. An actuator limiter tab could fracture, causing the tailgate to unlatch and open unexpectedly; while not necessarily life threatening for an owner, it could cause serious problems for those following behind on the road. The fix, luckily, is simple: Dealers will repair the tailgate latch. Voila.

The thing about pickup trucks is that because they share so many components, what affects one often affects many — and that goes doubly for GM, which risks massive numbers with its sibling Chevrolet and GMC brands. This recall was a perfect example, where you’re looking at Silverado 4500, 5500 and 6500 chassis cabs, 2500 and 3500 heavy-duty pickups, and Sierra 2500 and 3500 heavy-duty pickups all afflicted by the same issue with a failing engine-block heater cord and associated terminals. At the time we reported it, a remedy was still under development and a notification schedule wasn’t in place, but GM will follow up with owners as soon as it has a solution.

Woe be unto the Fusion sedan, whose 2014-18 incarnations appeared on our list of 2018’s biggest recalls at No. 2 and reappears here with some overlapping model years for a separate issue regarding the bushing that attaches the shifter cable to the transmission. The cable degrading may cause detachment, allowing for the car to move even when the shifter is in Park and the ignition key is removed. This is a sneaky but subtle danger that can be remedied by using the parking brake temporarily until Ford finds a solution, which it was still working on at the time of reporting.

Despite our love (and award-bestowing) on the Pacifica, it’s certainly seen no shortage of recall action in its relatively short three-year duration since being rebooted as a minivan. The latest is for a loose battery ground connection that may result in intermittent power-steering loss or a stall, obviously increasing the risk of a crash. Dealers have a relatively straightforward job of inspecting the battery ground surfaces, cleaning the contact surfaces and reassembling the ground connection; as usual, all of this will be done for free.

After capturing the No. 1 and No. 5 spots in April between it and its Acura luxury brand, Honda stepped down to only claiming No. 5 this month as it recalled 118,000-plus of its popular CR-V compact SUV. This was the very vehicle that finished fourth in our 2019 Compact SUV Challenge, but the problem is hidden from plain view: The metal core of the steering wheel may have burrs that can damage harnesses housed within the steering wheel. A damaged harness risks disabling or unexpectedly deploying the airbag, which could lead to much worse. Though Honda will begin notifying owners in early July, dealers can follow through on a remedy now. Don’t hesitate.