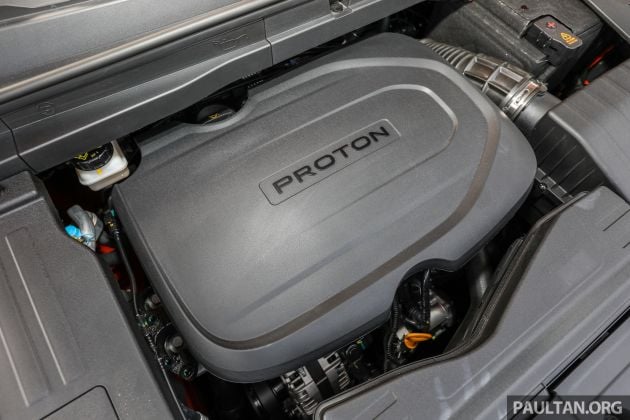 The Proton CamPro engine has been around for quite some time now, with the Gen2 being the first model to use the powerplant way back in 2004. Over the years, the engine received a few updates like the addition of cam profile switching (CPS) that also included variable intake manifold (VIM), an intake air-fuel module (IAFM), and there was even a hybrid version presented in a Gen2 concept during the 2007 Geneva Motor Show.

Today, you’ll still find CamPro engines used on a few models that the company sells, including the Exora that uses the CamPro CFE, which is a turbocharged version of the engine. However, when the Iriz first arrived on the scene in 2014, the company introduced a new VVT mill that did sport the CamPro name.

In Proton’s eyes, the Iriz’s debut engine ushered in a new era for the company, and while the VVT engine does share some technologies with the old CamPro, it gets an entirely new block, pistons, valves, and of course, variable valve timing. In a way, it’s still part of the CamPro family, albeit heavily distinguished.

The VVT engine is available in 1.3 and 1.6 litre capacities, with both still being offered for the latest Iriz launched last month. Meanwhile, the Iriz’s sedan sibling, the Persona, only comes with the 1.6 litre version, while the Saga is limited to just the 1.3 litre unit. 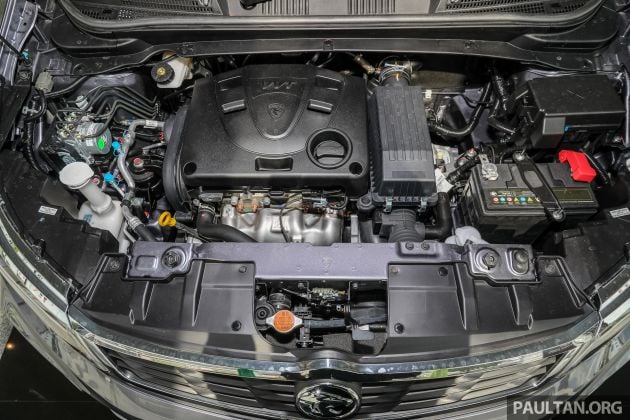 If you count the number of years that the VVT engines have been around, it will turn seven years old this September 25, but that’s not to say that Proton has just recycled the same thing all this while. In the latest Iriz and Persona, the VVT engines benefit from further fine-tuning that allows for improved fuel efficiency, while other tweaks have made the entire powertrain even better than before.

“For these models specifically, although we are still using the same engine, we are putting a lot of hours in fine-tuning the ECU calibration. If you notice, there is quite a bit of improvement – NEDC fuel consumption – from the work of ECU tuning combined with the improved function of the CVT, and better rolling resistance via controlling the components. Without tuning the ECU, we couldn’t have achieved this,” said Adzrai Aziz bin Ibrahim, vehicle programme executive for the Iriz and Persona during a recent roundtable interview.

While Proton’s continuous development of the CamPro engine is beneficial, the company admits that there is a limit. “I think in terms of that [VVT] engine per se, hardware-wise, I think there’s no more improvement for the VVT. So, VVT, as of today, remains as it is, as the company is looking into other engines, which is the 1.5 litre turbo used to drive the X50 and X70,” he Adzrai explained.

If this sounds familiar, that’s because we’ve touched on this matter in the past, although it’s certainly worth a recap. Currently, the X50 is available with two 1.5 litre turbocharged three-cylinder engines, including a direct-injection version (designed 1.5L TGDi on the SUV) that is used for the Flagship variant as well as the export version of the X70 – our local X70 still uses the 1.8 litre turbo four-pot, although we could get the downsized mill in the future.

There’s also a port-injection derivative known as the 1.5T PFI (or 1.5L T in the X50) that powers the remaining three X50 variants. The PFI unit is the focus here, as it has been tipped to be used for the automaker’s future product range, including homegrown models that the company plans to roll out in the next four years.

Proton previously stated that GDI and TGDI engines will not replace its CamPro engines, but that was back in 2016, and new market conditions require a new approach.

The 1.5 T is classified under the GEP3 (Global Engine Petrol 3) programme, and based on a prior report, Proton has already appointed a supplier for some of the parts that will go into the engine. At the time, it was said that the GEP3 engines will replace the CamPro CFE unit, while the VVT engine will remain in service until the new models arrive.

Compared to the aging CamPro range, the GEP3 three-cylinder engine was developed by Volvo and Geely based on the Volvo Engine Architecture, and is marketed under the Drive-E and G-Power names. The improvements in performance, fuel economy and emissions they bring will be critical not just for the local market, but provides Proton with the opportunity to enter markets that have higher regulatory requirements and emissions standards. 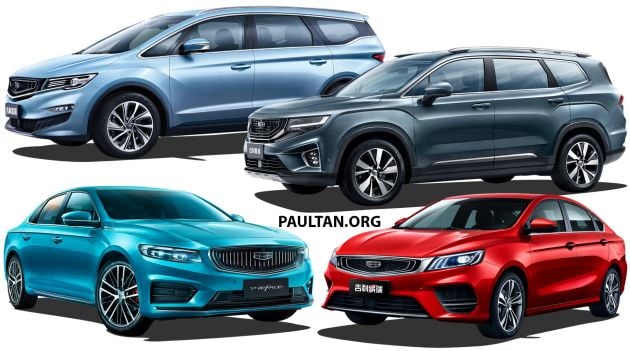 Further details of the GEP3 engines for the future are unknown for now, but they will likely be manufactured at Proton’s plant in Tanjung Malim, which has benefitted from sizeable investments. Back in 2018, Proton highlighted that the plant has been upgraded with new body in white (BIW), sub-assembly, trim and final, as well as logistic facilities, which are now likely operational, as the company originally targeted a February 2019 completion date.

The carmaker also said at the time that further expansion could see the addition of an engine plant that will bring the total investment up from RM1.2 billion to RM3 billion. Ensuring a consistent supply of engines is important, especially when Proton CEO Li Chunrong stated previously that the company is capable of launching one new product every year.

With the book on the CamPro engine set to closed, it remains to be seen what will be the first homegrown Proton model to be powered by the 1.5L T engine. As the Iriz and Persona just recently received their second facelifts, and the 4AT-equipped Saga is only around two years old, the possibilities are narrowed down to a C-segment sedan, a large MPV, a seven-seater SUV and a D-segment sedan. Which one do you hope comes first?