That flat-six loves to sing, and we love to listen.

Just shy of a month ago, our spy photography pros snapped some outstanding images of the hardcore Porsche 718 Cayman GT4 RS at the Nürburgring. From what we could see in those static shots, the mid-engined monster was getting quite a workout. Now, we have video footage from that testing session and we can say it wasn’t merely a workout. It was enduring a thrash session of epic proportions.

Click play on the video above and you’ll see what we mean. Actually, you’ll hear what we mean first, as the unmistakable sound of the GT4’s 4.0-liter flat-six reverberates through the German countryside. In the standard GT4, the naturally-aspirated mill offers 414 glorious, high-revving horsepower, but this isn’t a standard model. 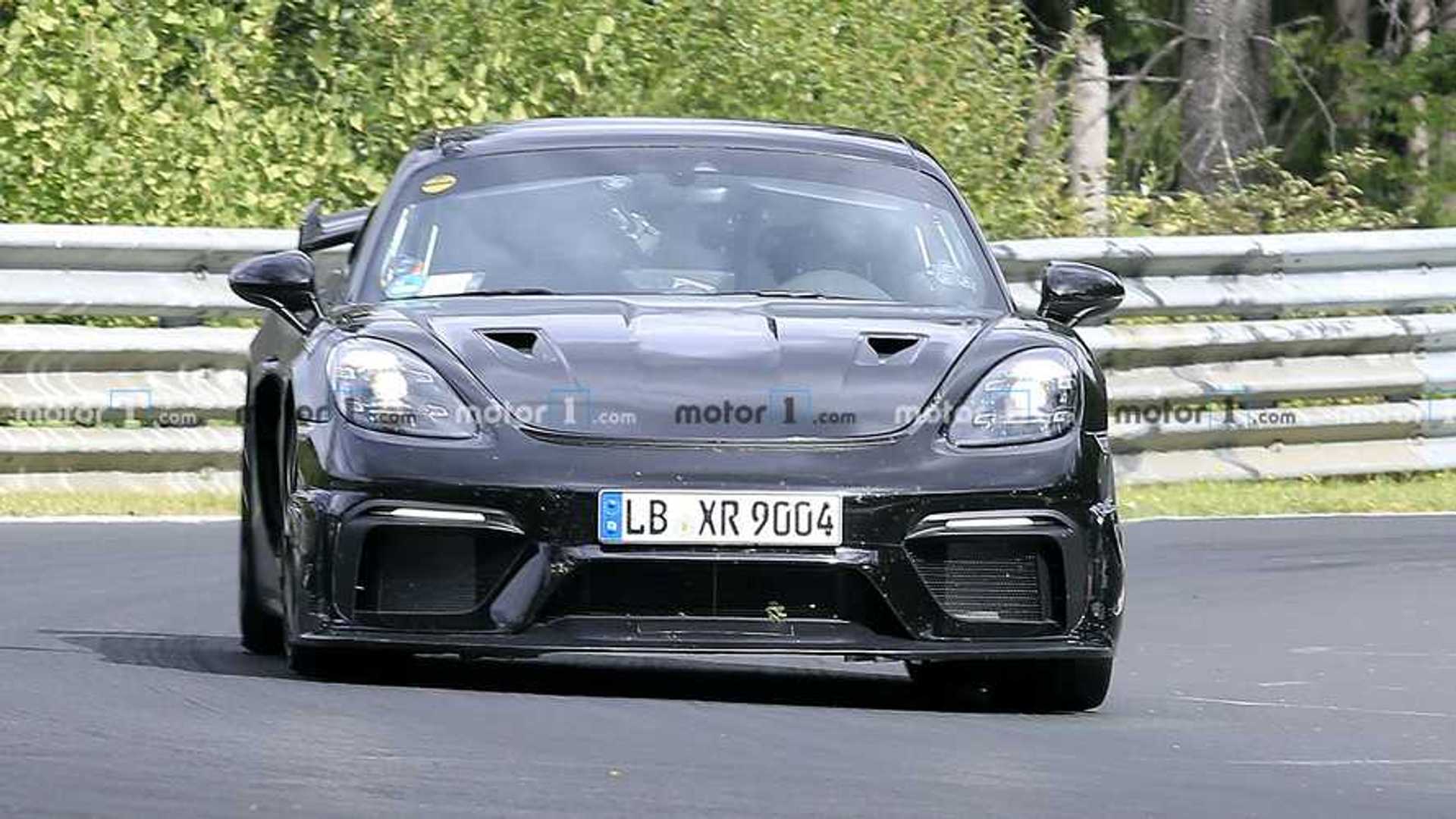 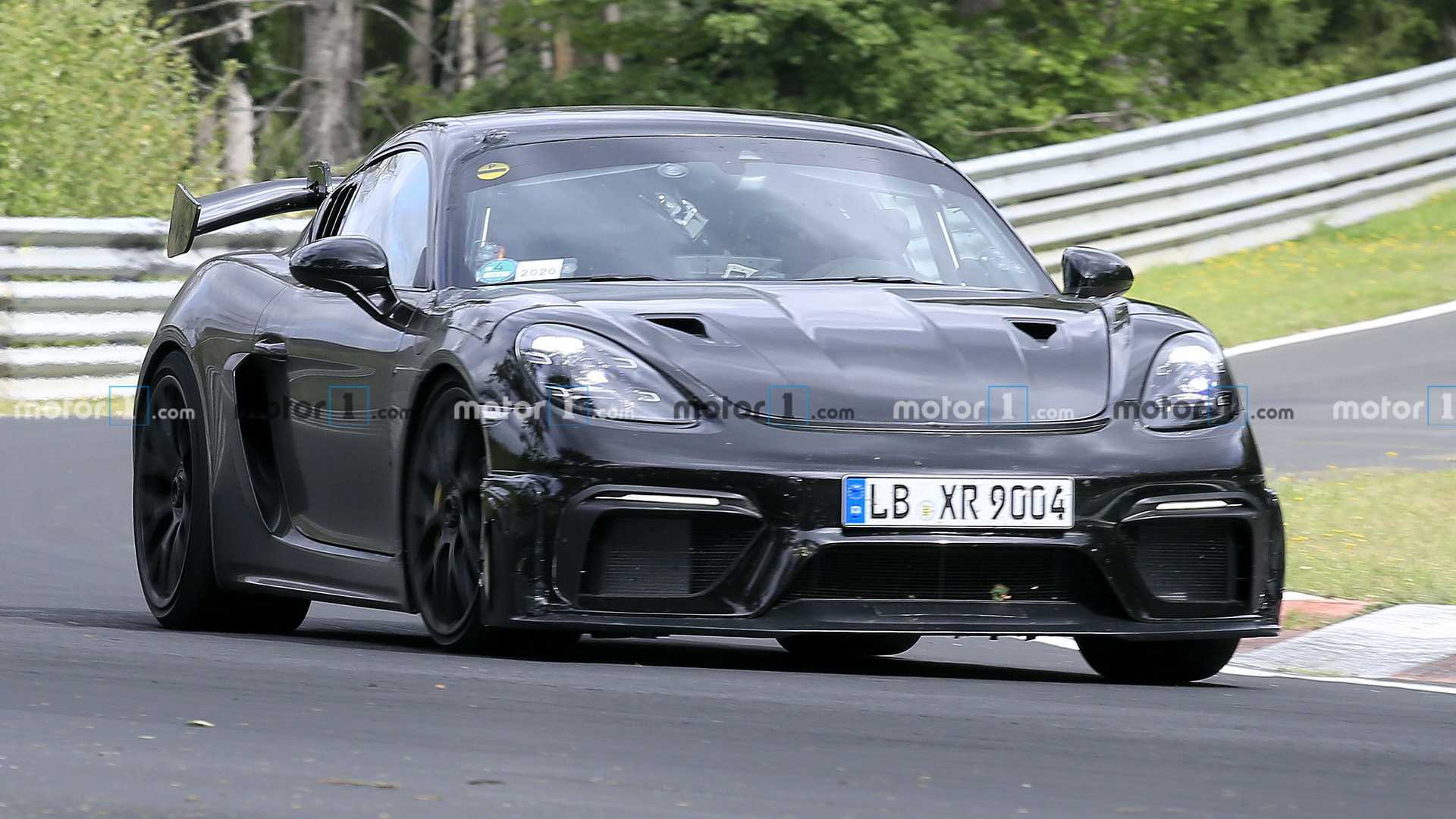 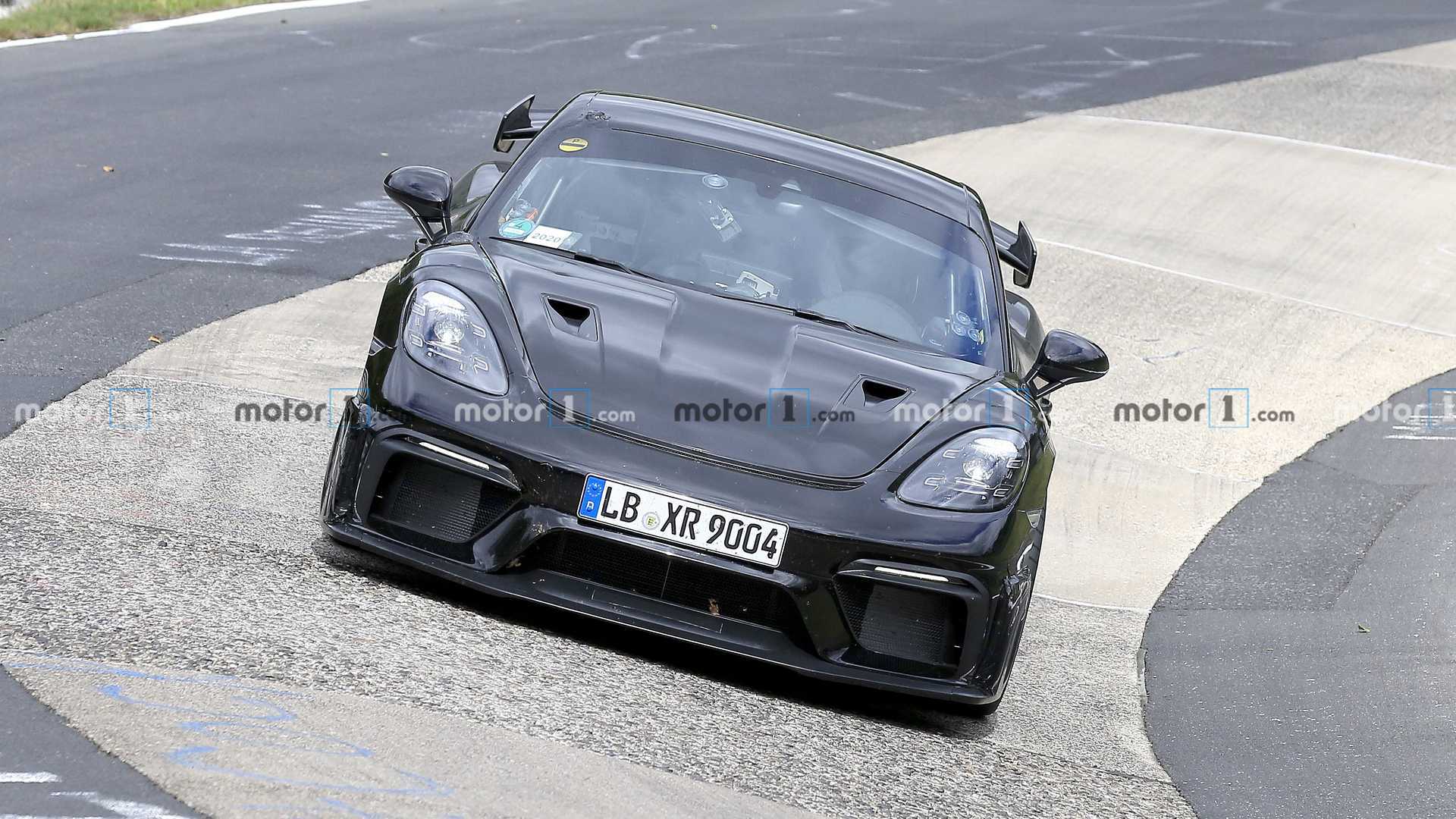 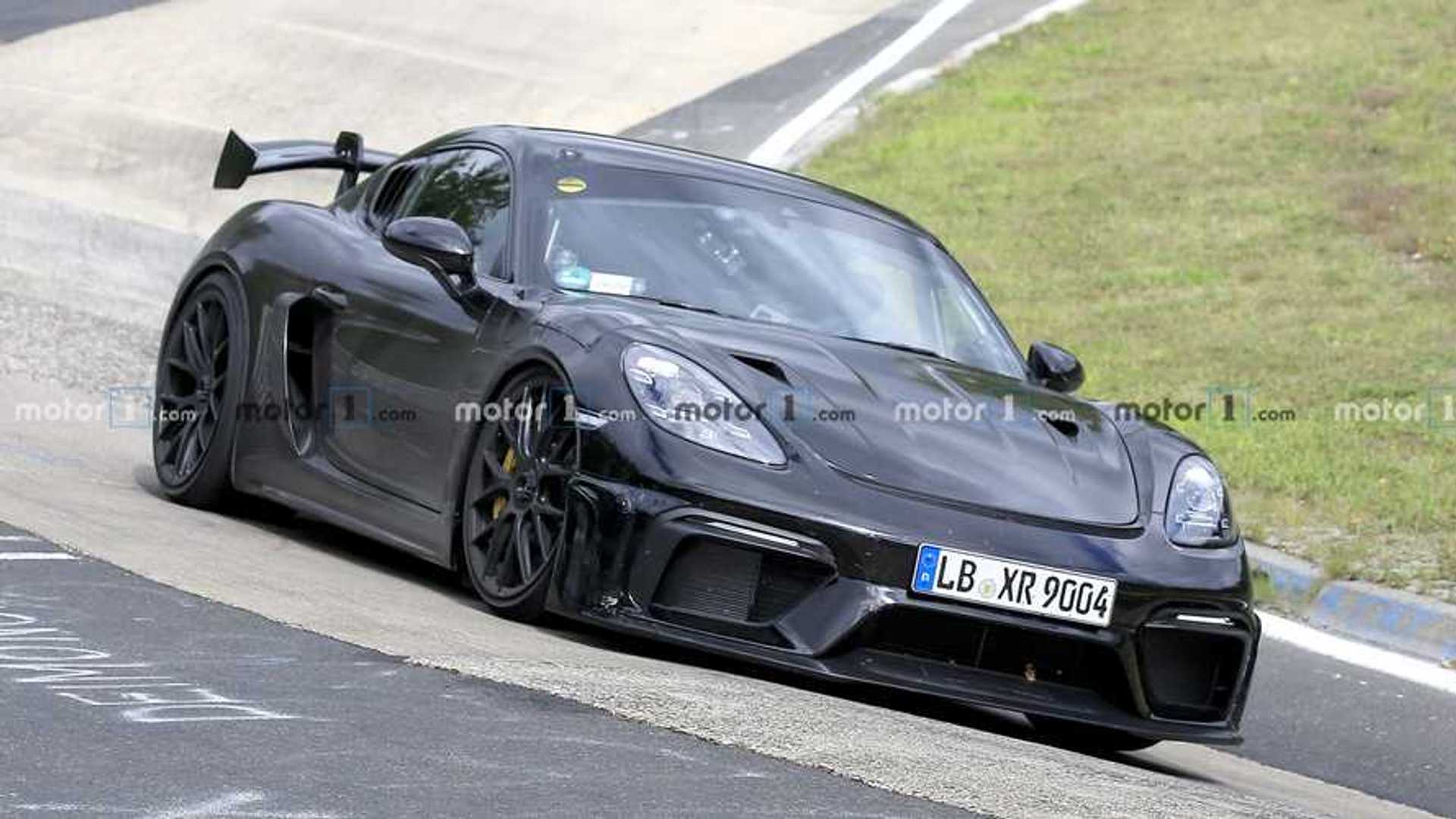 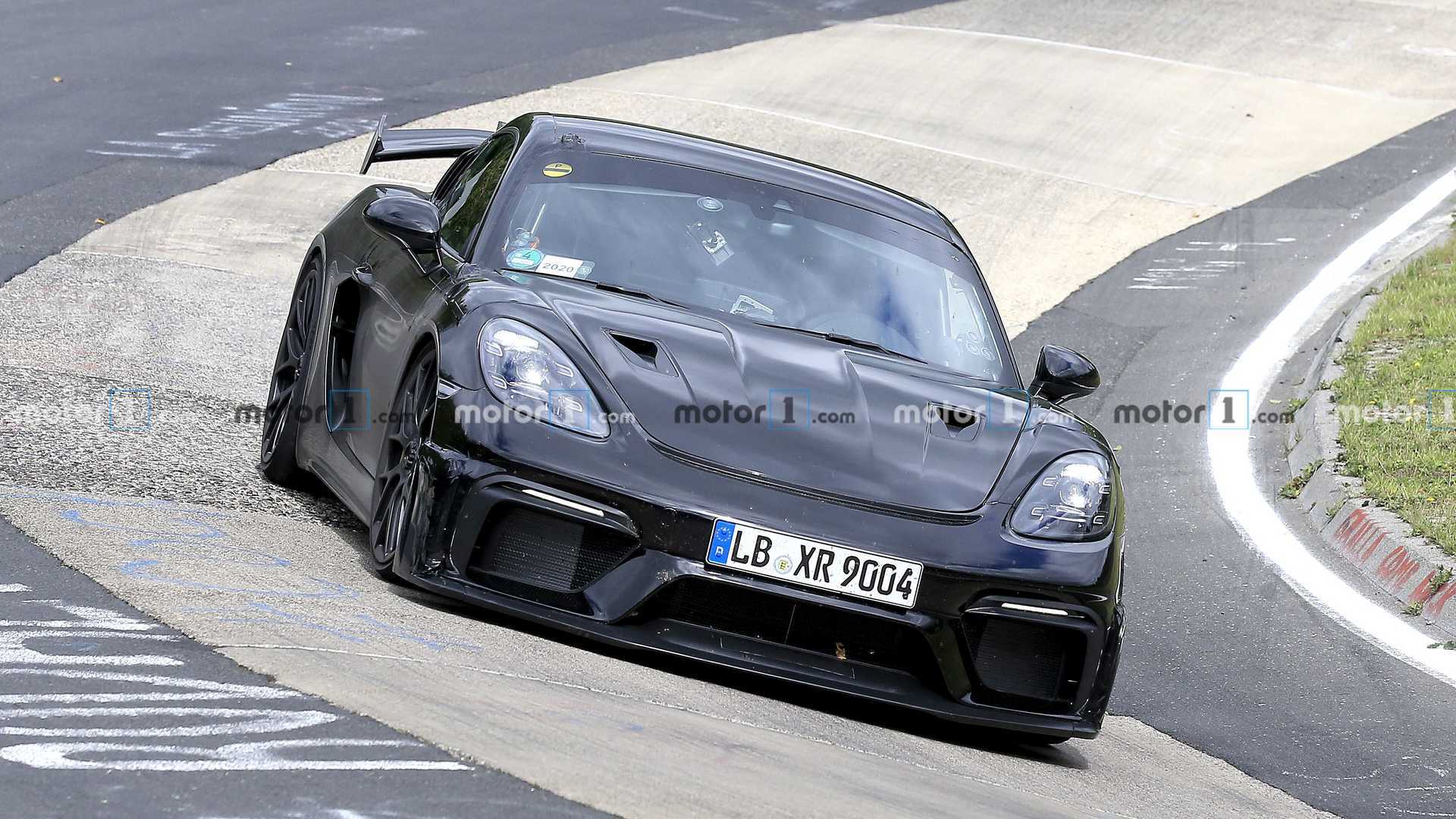 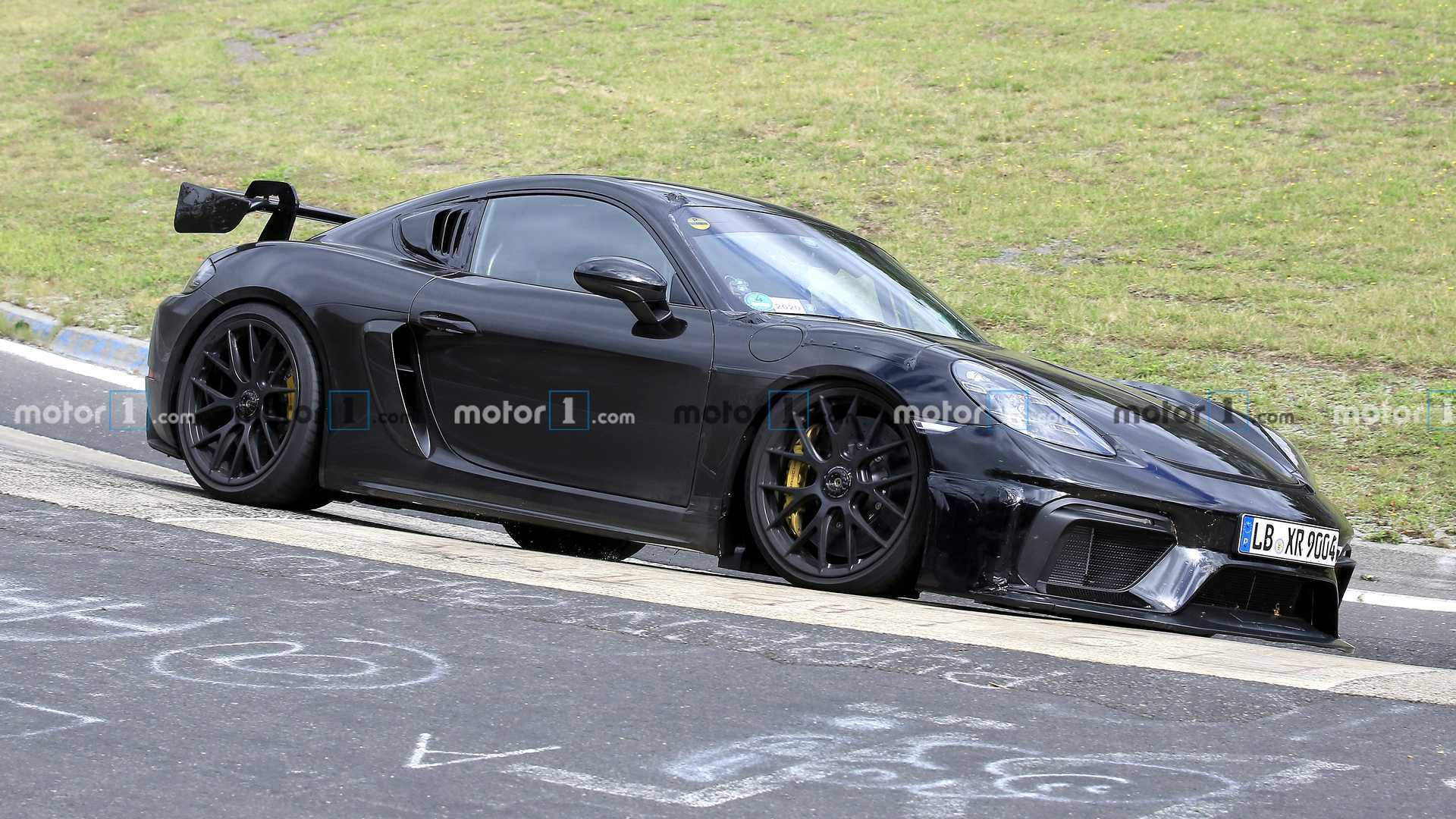 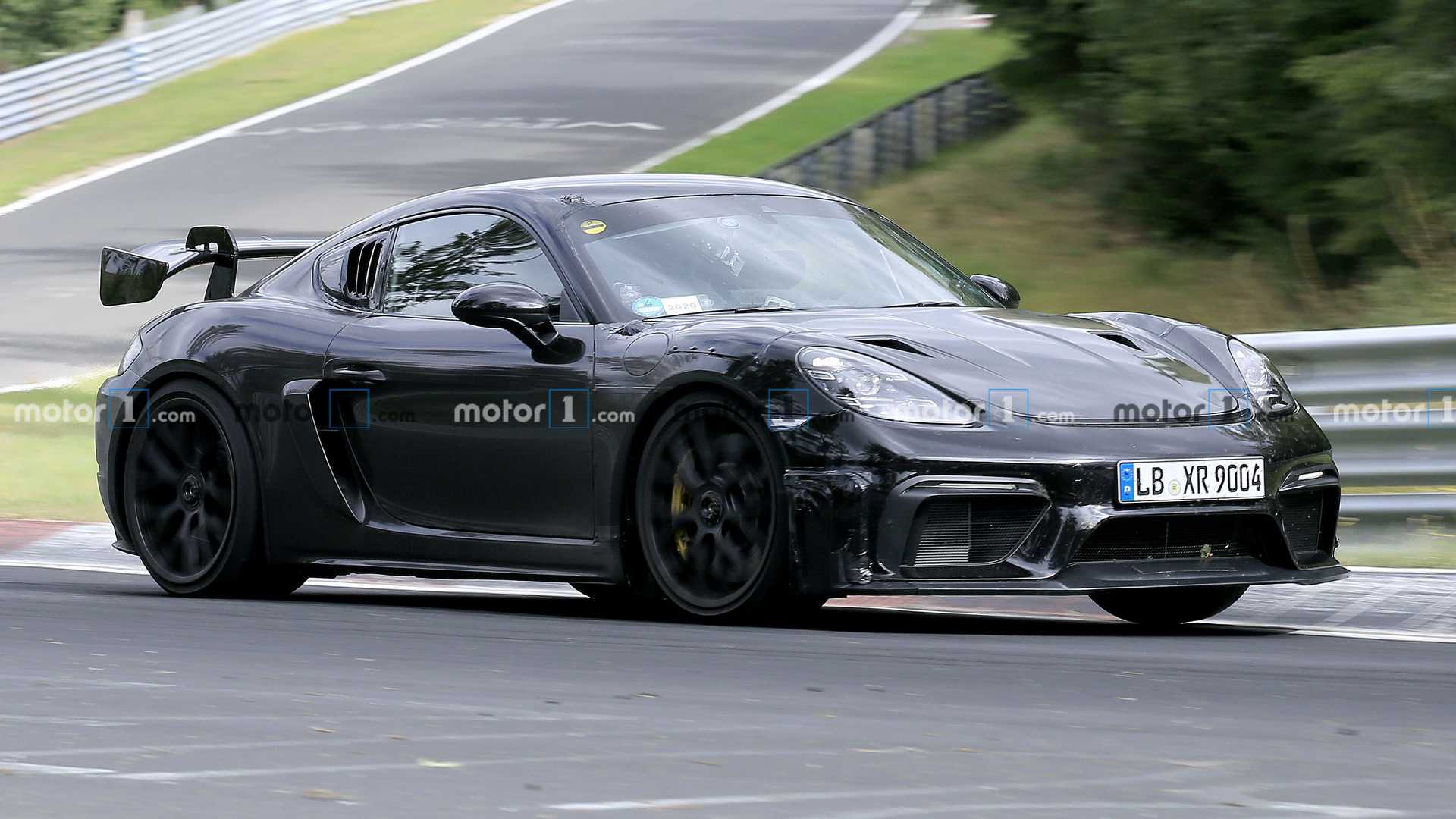 The RS gains a significantly larger rear wing, and though Porsche tries to conceal it, we can see extra ducts in the front fascia that likely help cool the brakes. There are also a pair of NACA ducts added to the hood which Porsche doesn’t try to hide, and sketchy rivets on the front fenders point to the GT4 having a slightly wider track. But this time around, it’s the air scoops on the side window that are of particular interest to us.

That’s because we’re watching and listening to this prototype hammer through various sections of the 12.9-mile Norsdchleife, and we’re drooling over the powerplant just behind the driver’s head. Rumors have said the 4.0-liter mill will endure in the GT4 RS, and that seems logical to us. The sound matches, but those rumors also suggest the small coupe will deliver no less than 500 hp. We know Porsche engineers can do it without turbochargers – the 911 GT3 RS pulls 520 ponies from its 4.0-liter mill – and our ears detect no telltale whooshing of forced induction. That kind of thurst in the deft-handling Cayman could be epic.

Again, the video tells the tale. This car looks blisteringly fast through the corners, and it doesn’t take long to cover the distance between them either. There’s no question this will be the Cayman to rule all Caymans, but with additional suspension tuning, aero upgrades, massive power, and a weight reduction, it could also be one of the greatest Porsches of all time.

The car should debut sometime next year, and frankly, it can’t arrive soon enough.