Panasonic reports improved financial results in the third quarter of 2021 (FY22 2Q in Japan), with net profit increasing by 30% year-over-year.

As usual, let’s take a quick look at the results, including the automotive battery business, which continues to expand. 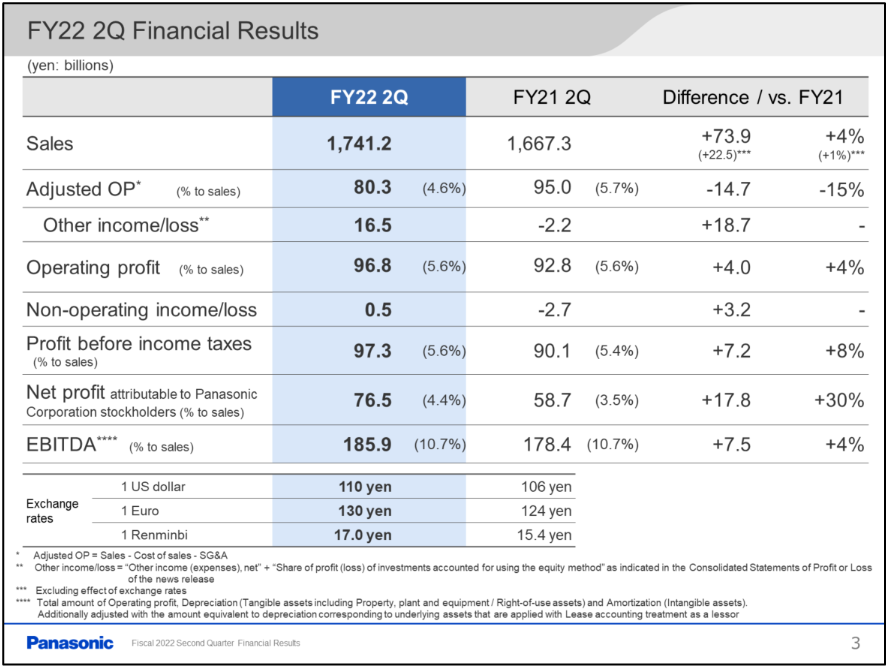 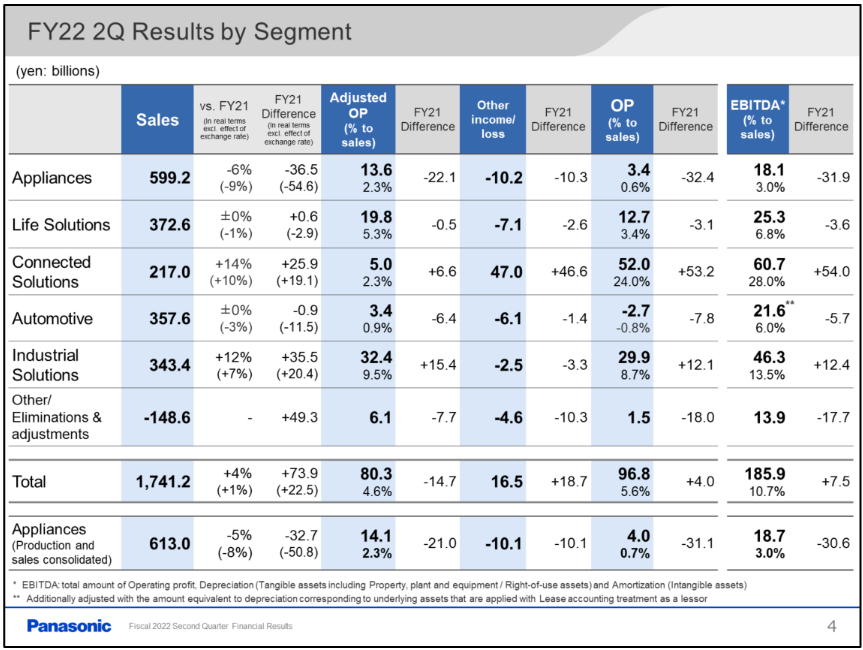 However, the automotive cylindrical batteries segment was up and continues to be profitable. The lithium-ion battery production at the Tesla Gigafactory 1 in Nevada was profitable for the full year (FY2021) and remains profitable through 2021. 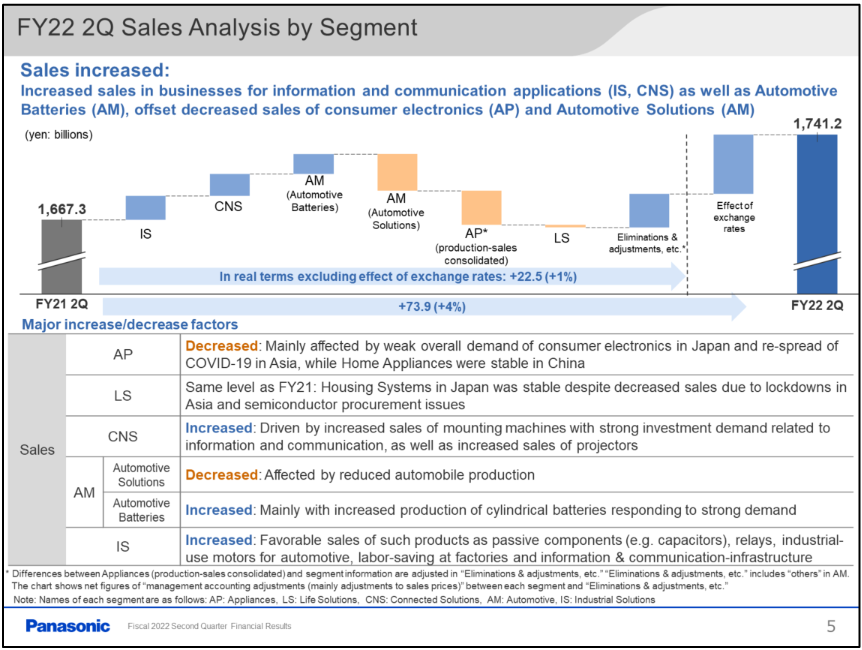 According to Panasonic, the sales and profitability of automotive cylindrical batteries increased in Q3 2021.

Some of the production lines at the Tesla Gigafactory 1 in Nevada were temporary suspended, but we guess that they are now up.

In August, Panasonic started production of 2170-type cells on a new production line. As far as we know, it’s the 14th line, which brings the total output up to 38-39 GWh (compared to 35 GWh previously).

Together with the Japanese plants (1865-type cells), Panasonic is able to offer a combined output of cylindrical cells of 50 GWh per year. It would suggest that 1865 capacity is at roughly 10 GWh per year (enough for at least 100,000 Tesla Model S/X per year).

“In Energy, we will respond to expanding EV demand. With a new production line installed in North America, we expanded our production capacity equivalent to 50GWh, combining Japan and U.S. capacity.” 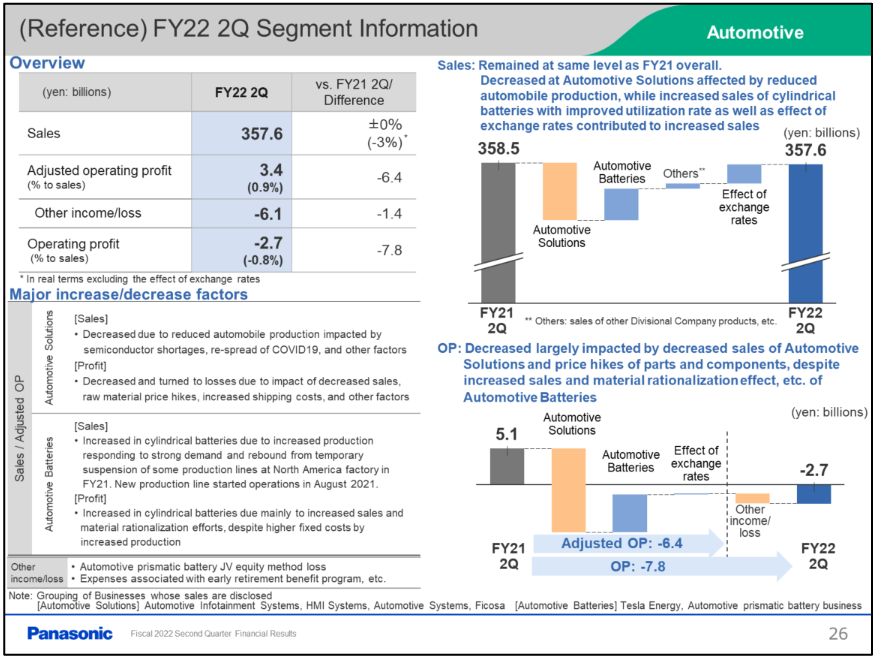 We guess that the pilot production of this new type will start next year, but then the company will have to announce some serious investment in new lines/plants and a new deal with Tesla, as other manufacturers are not using 4680-type cells (actually, no one does yet).

“Regarding 4680 cells, we will accelerate R&D. Equipment for prototype production is
scheduled for installation in FY22.”