The Mercedes E-Class is fresh off a facelift for the 2021 model year, but the automaker is already developing the next iteration. New spy shots from somewhere in southern Europe give us our first glimpse of the sixth-generation E-Class sedan, though Mercedes is keeping it well-hidden under a full camouflage wrap. However, a few details are poking through that provide some indication of the model’s new styling direction.

The new E-Class isn’t expected to arrive until 2023 or 2024, so it could be months before Mercedes starts peeling away the camouflage. The front-end design looks evolutionary in its styling, with a familiar-looking grille flanked by what looks like the production headlights. The wrap hides a lot, though we can see the front bumper sports some shapely styling where we’d typically find the car’s lower grille intake openings. This could be cladding designed to hide the bumper’s styling or something else entirely. 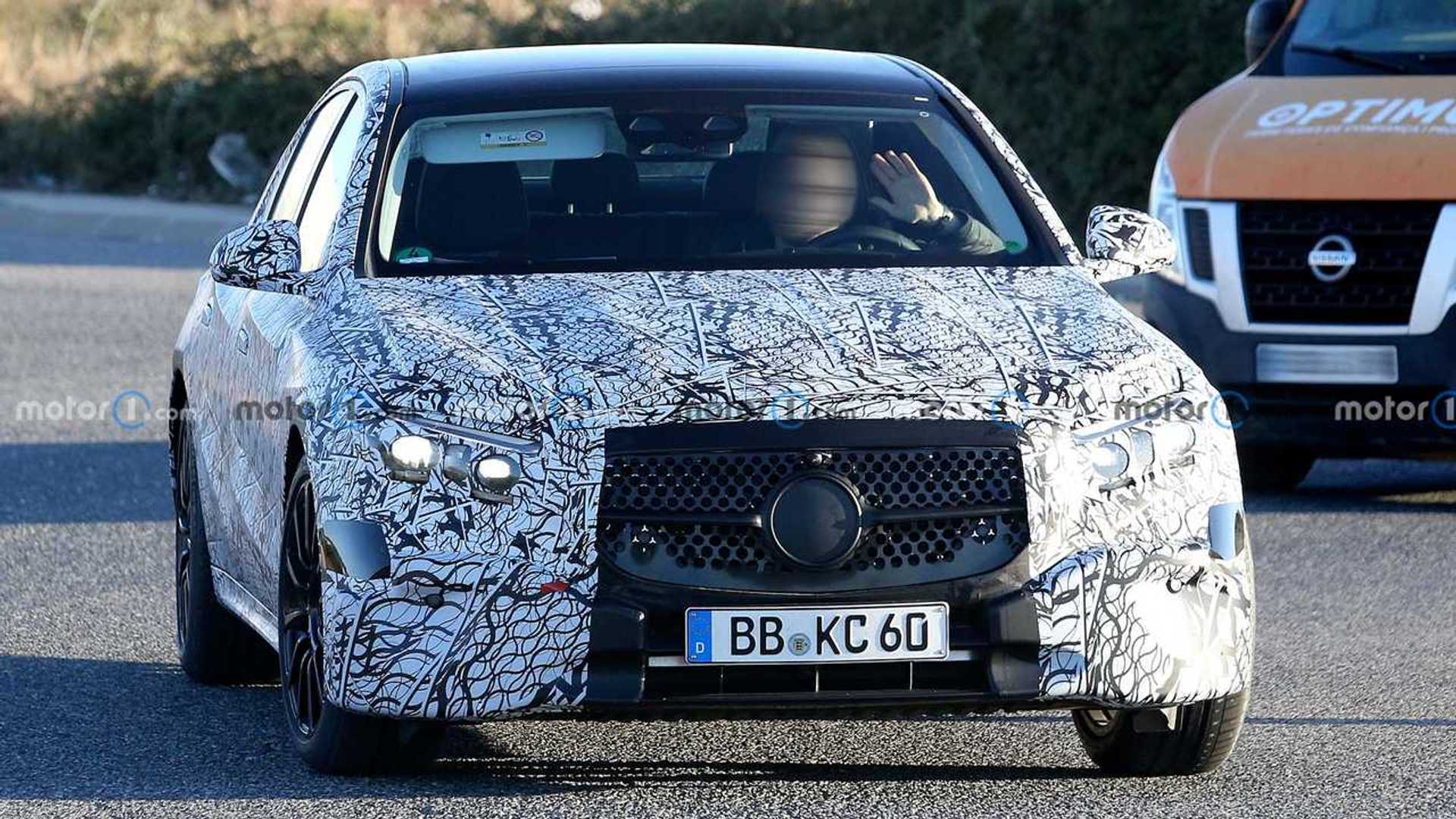 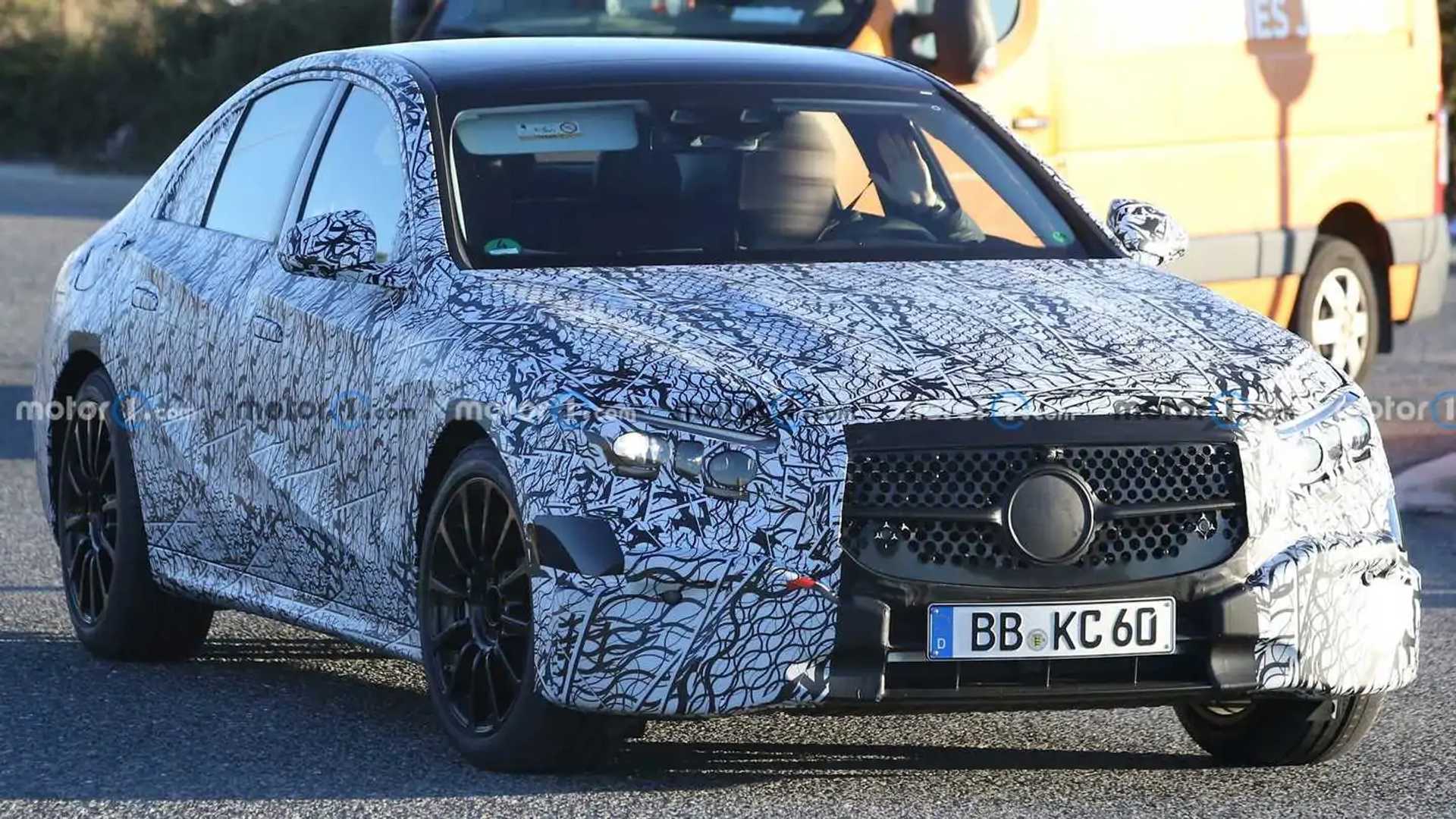 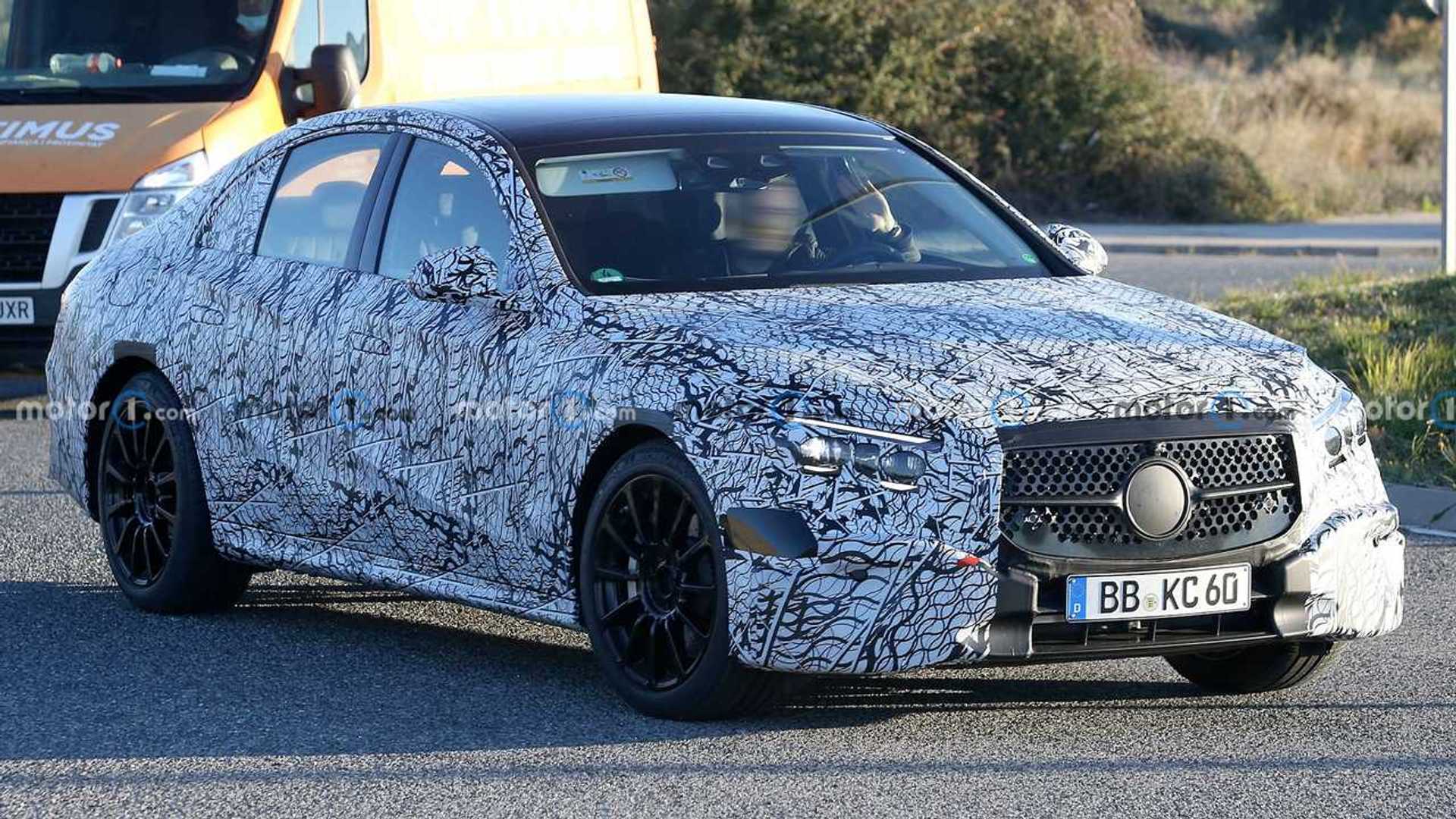 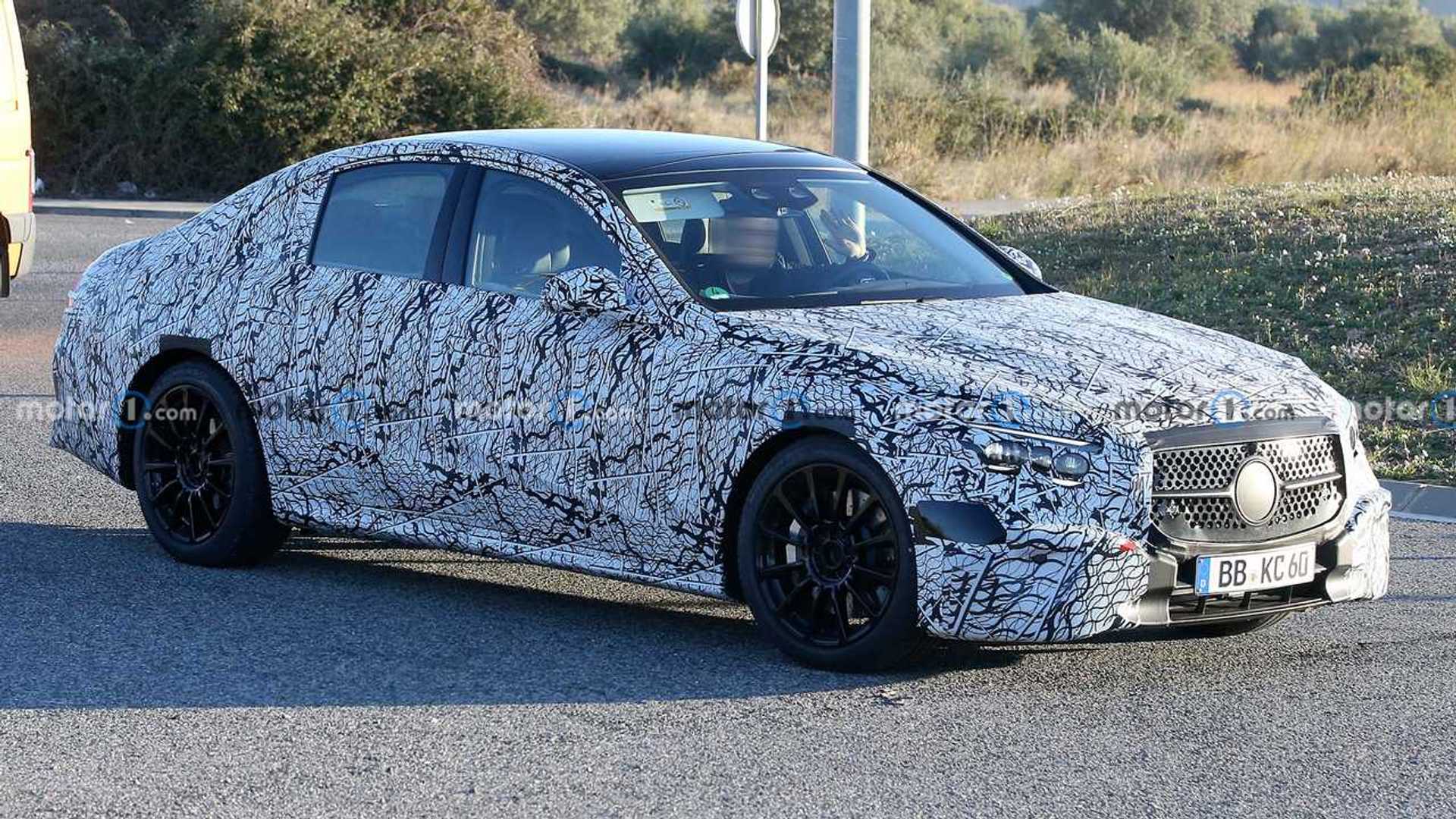 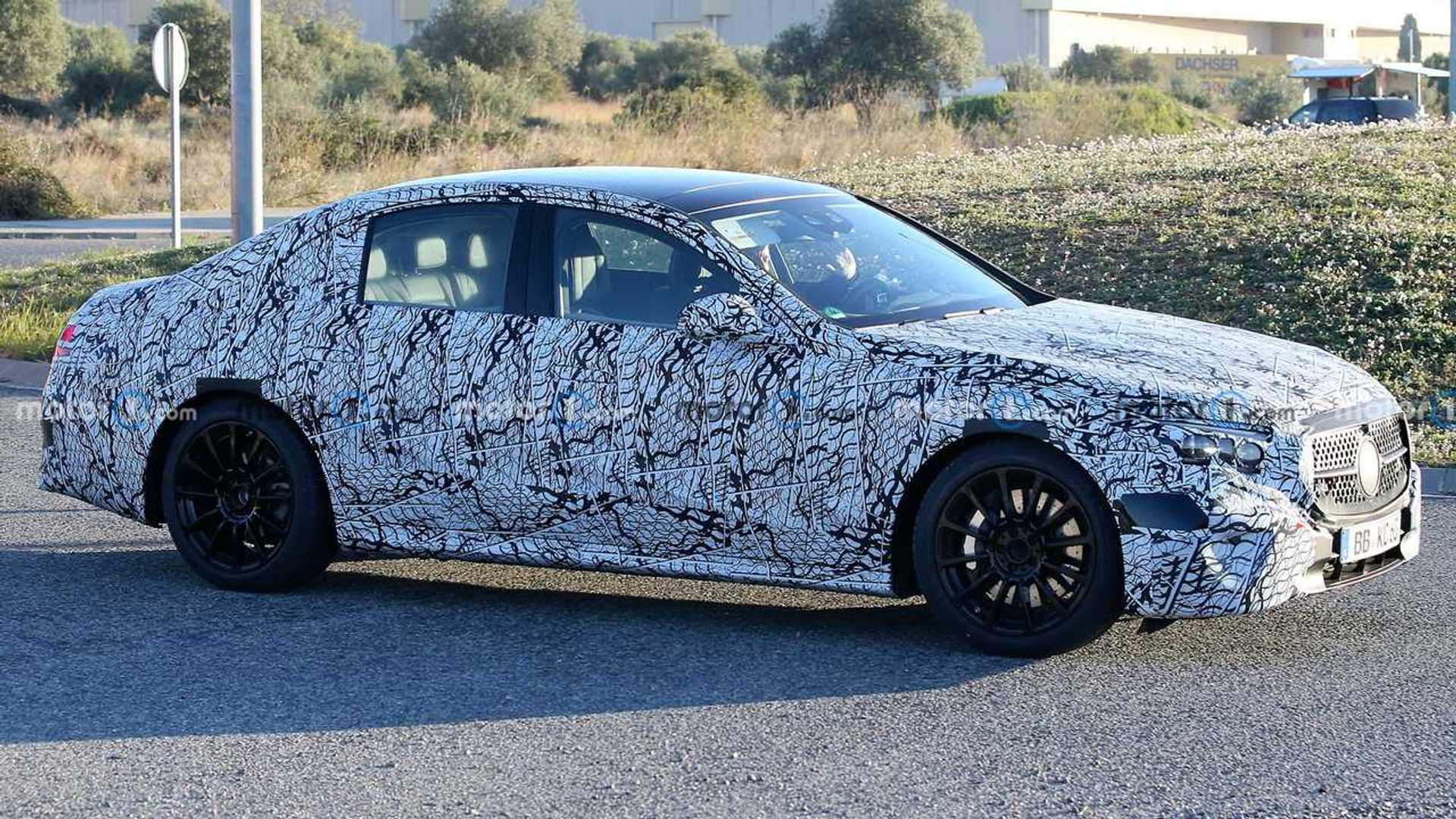 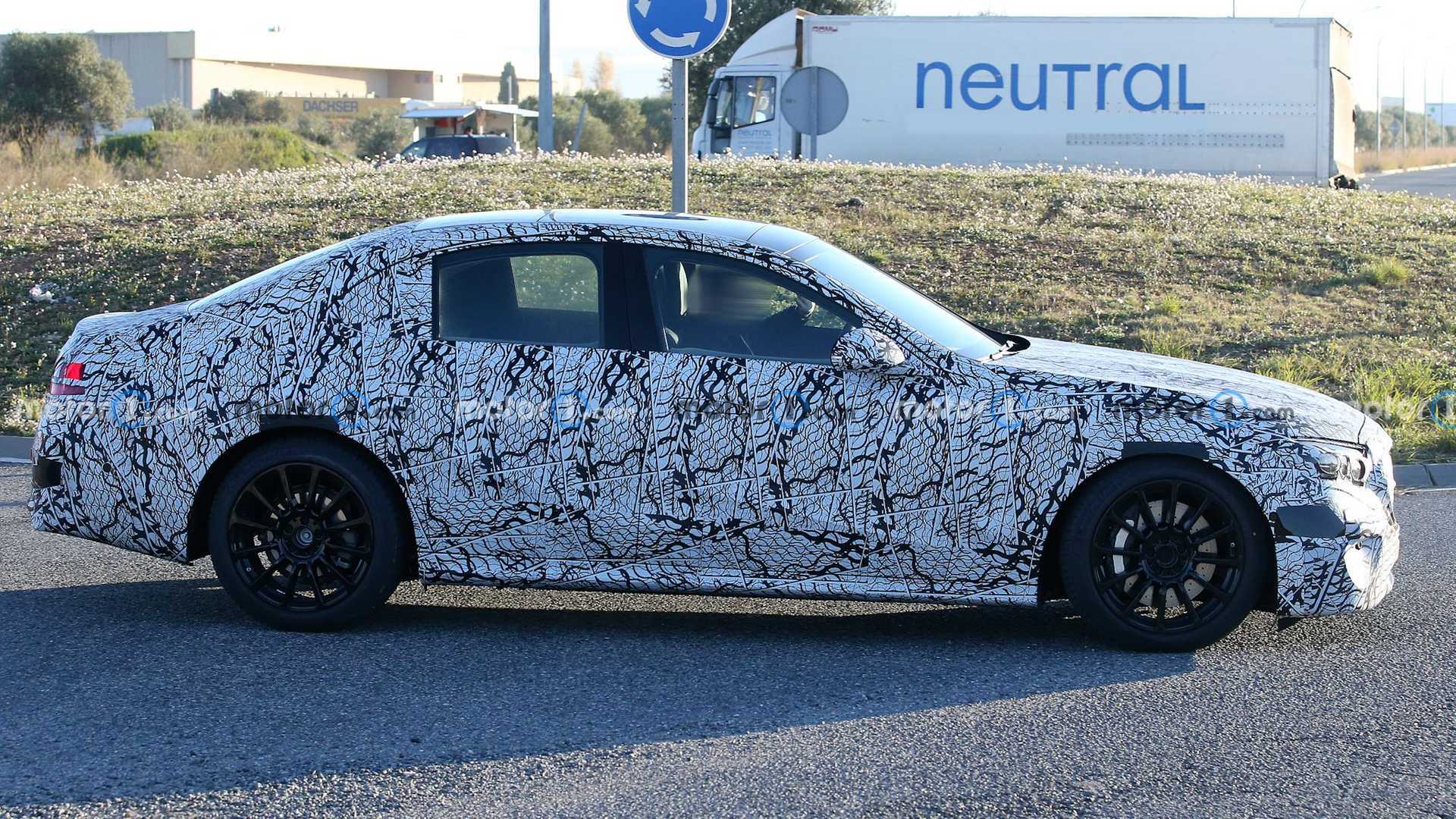 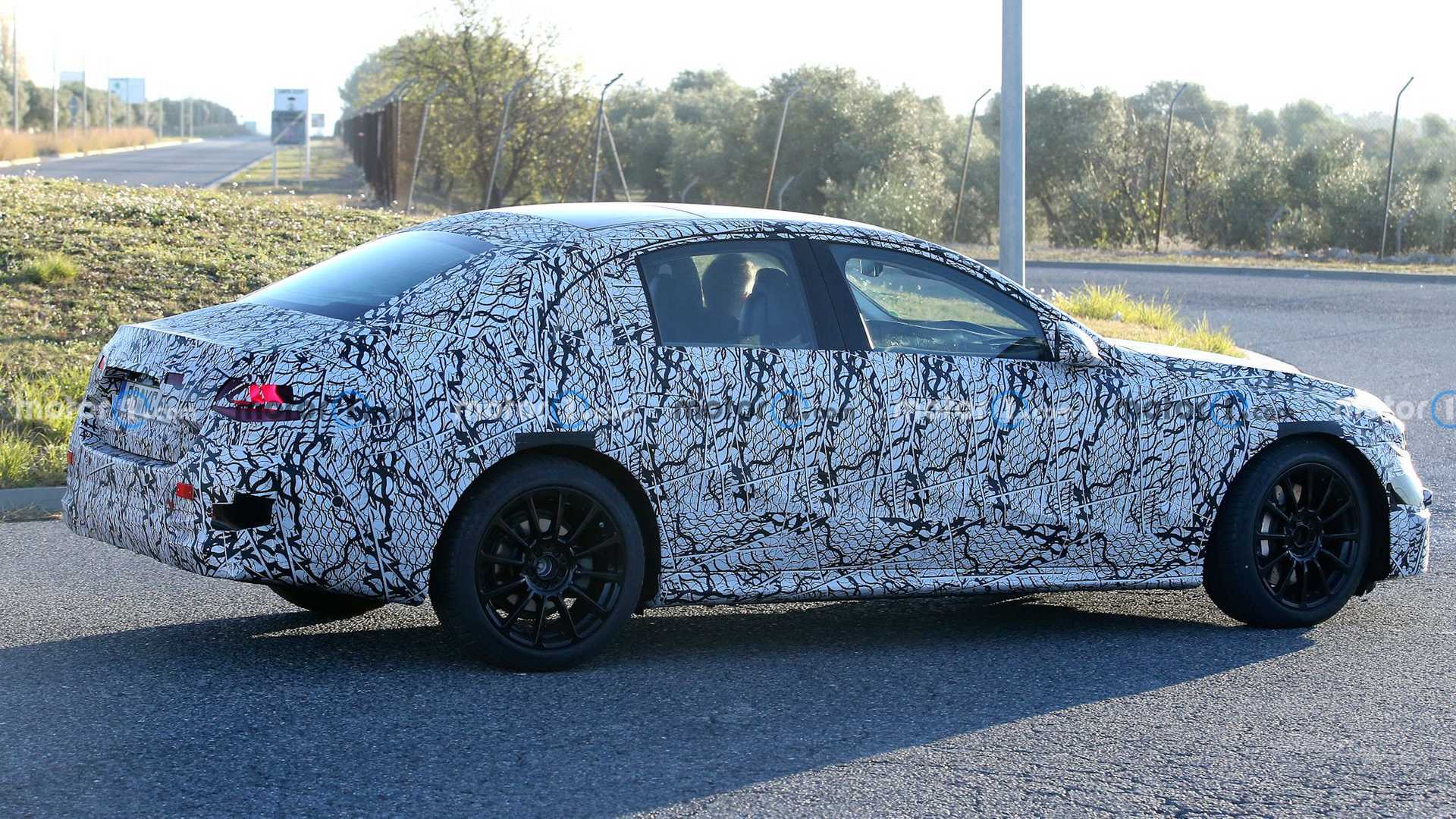 The rear is even harder to discern, with only a sliver of the taillights poking through the camo. The rear bumper has a new shape, and we can’t spot any exhaust outlets, either. The E-Class will receive a revamped interior that should see the model follow the rest of the Mercedes lineup with big screens and lots of technology. There’s little doubt to think that the E-Class interior will sit nicely between the C-Class and S-Class in the brand’s lineup.

Mercedes tweaked the model’s powertrain lineup with the current generation’s mid-cycle refresh, and the new model could feature further changes and refinements. However, it’s unclear at this point what those could be. The all-electric EQE debuted earlier this year, expanding Mercedes’ EV lineup, though the new E-Class should offer a breadth of engines, including efficient hybrids and high-powered AMG models. Without a debut date, it’s difficult to determine when Mercedes will reveal it, though the AMG variants will likely arrive sometime after the standard model’s release.