There appears to be one of the AMG variants.

The next-gen Mercedes-Benz SL-Class is now deep into development, and these spy shots highlight two of them testing. The camouflage is still fairly heavy, but there’s still enough to see to get a good idea about the new roadster’s general design.

Up front, the latest SL-Class has a low-slung nose and wide grille. The narrow headlights tilt inward to point towards the center of the vehicle’s face. The hood opening has rounded edges and doesn’t run all the way to the tip of the front of the body. 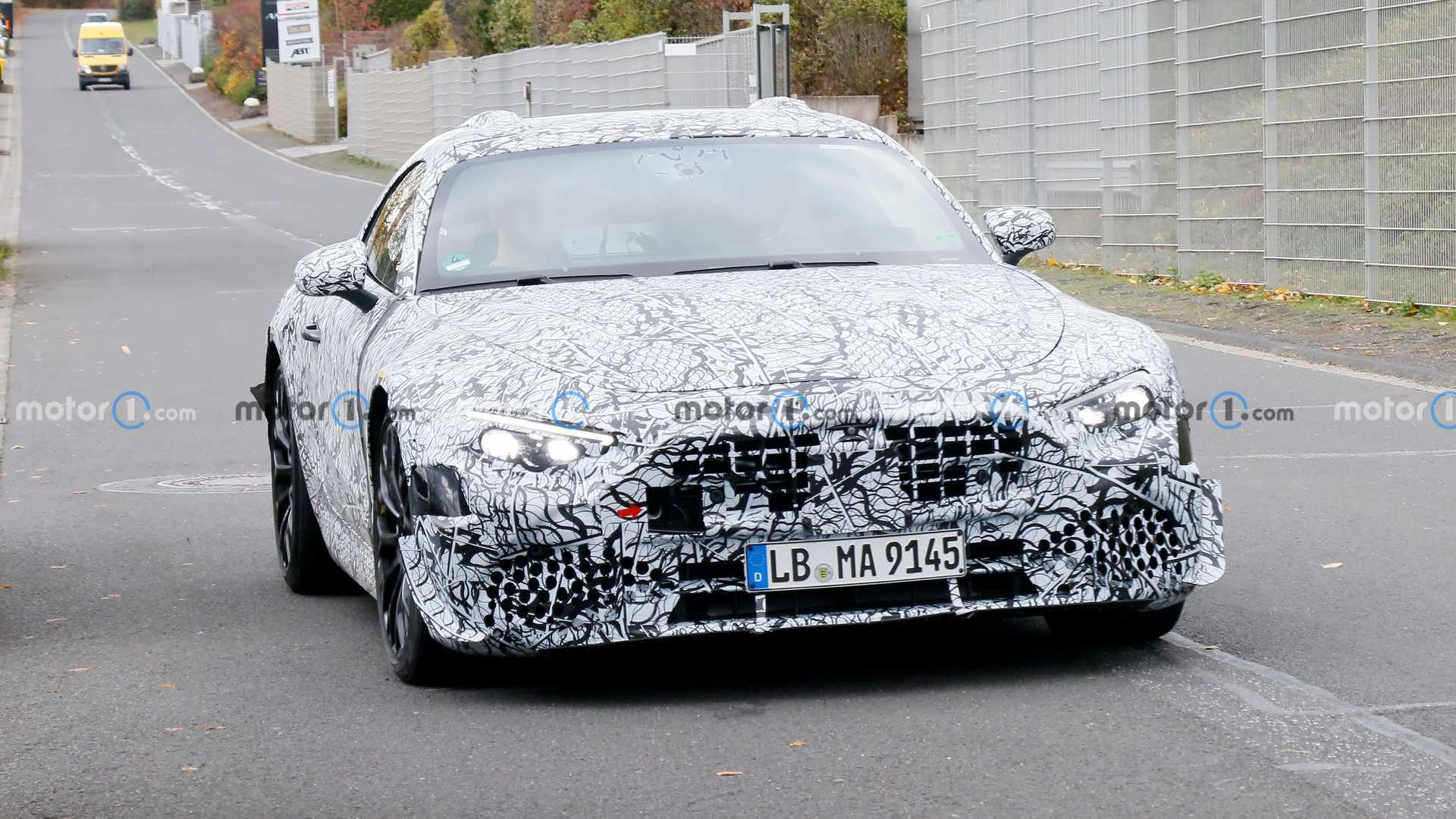 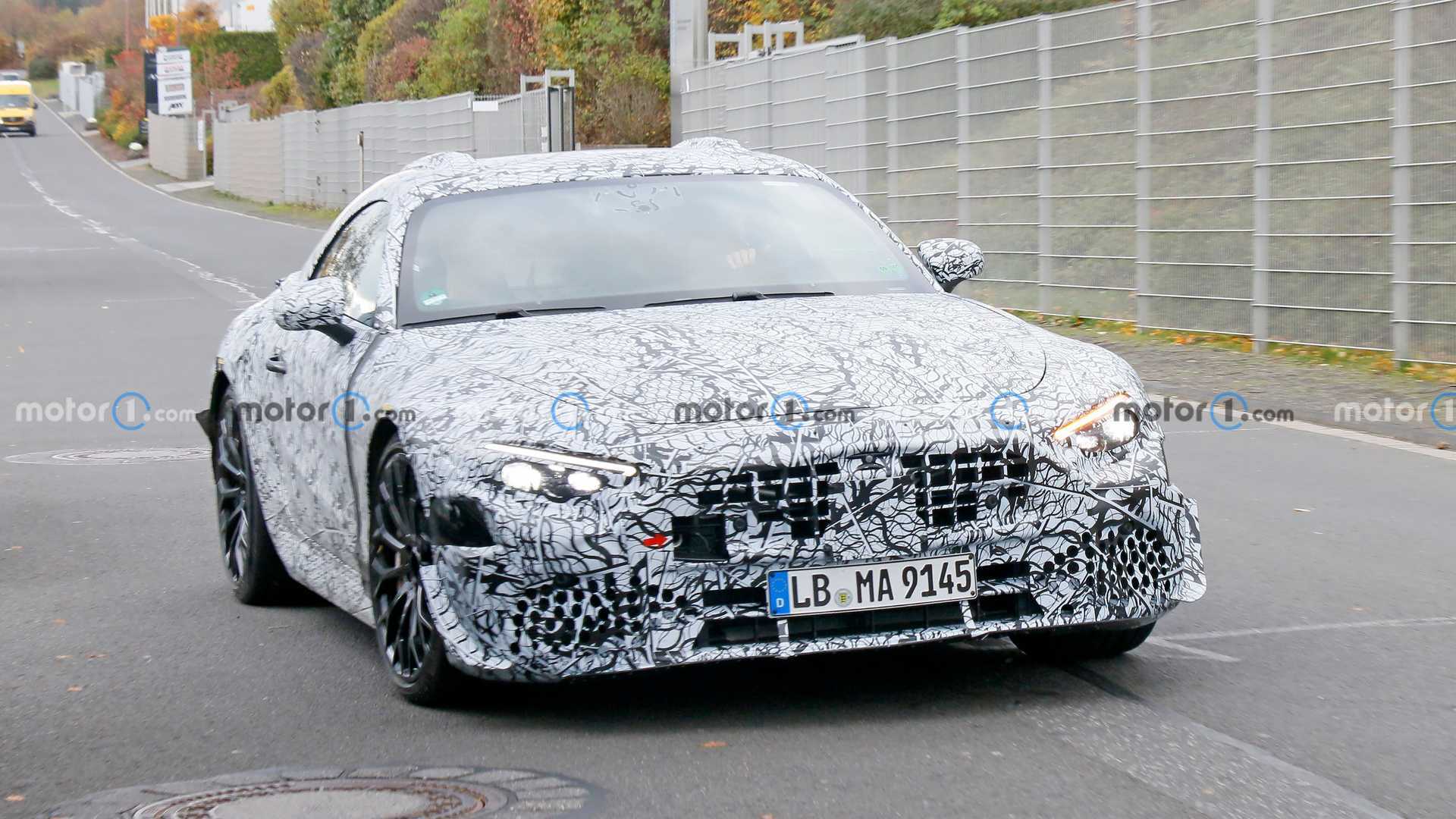 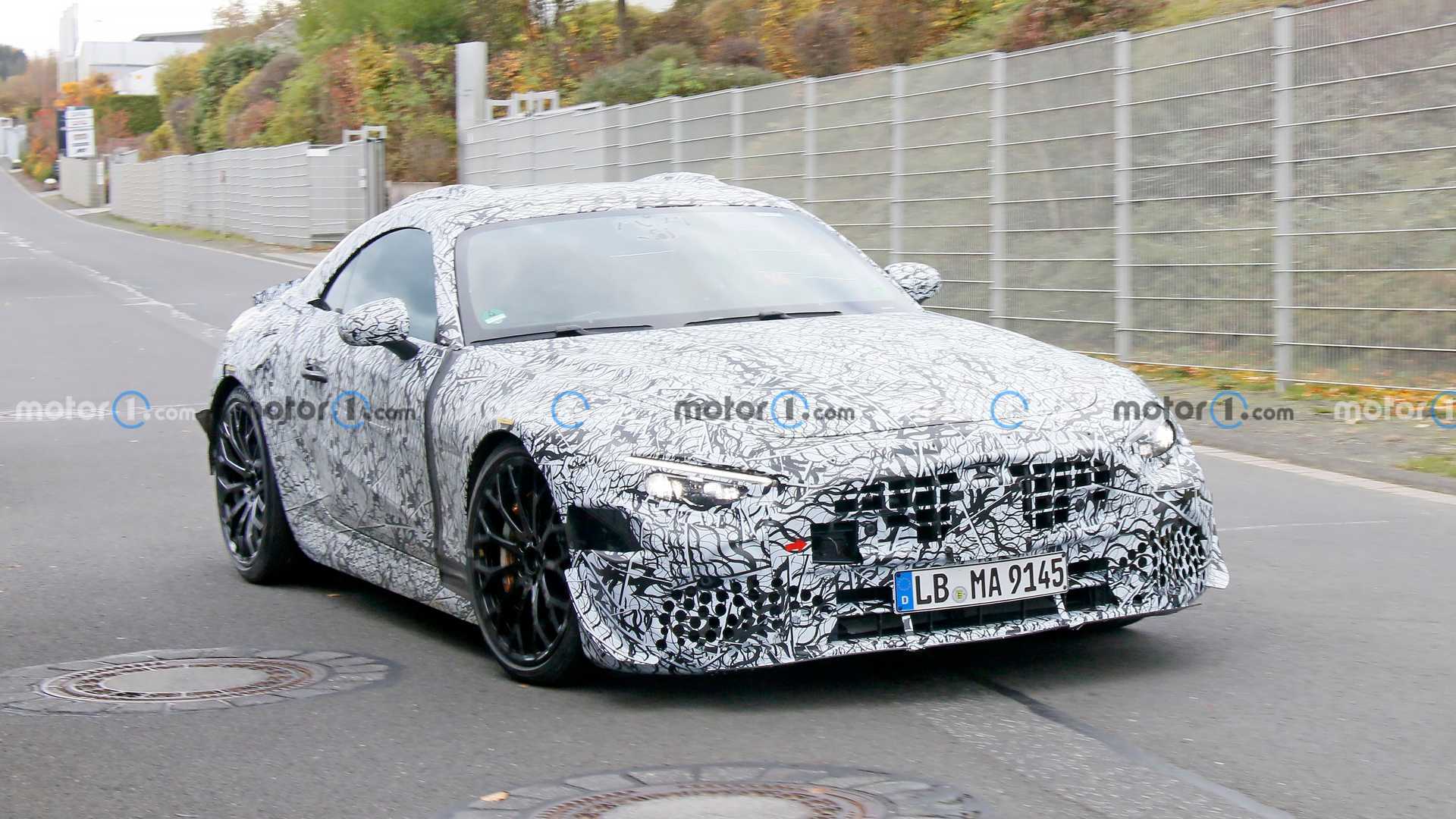 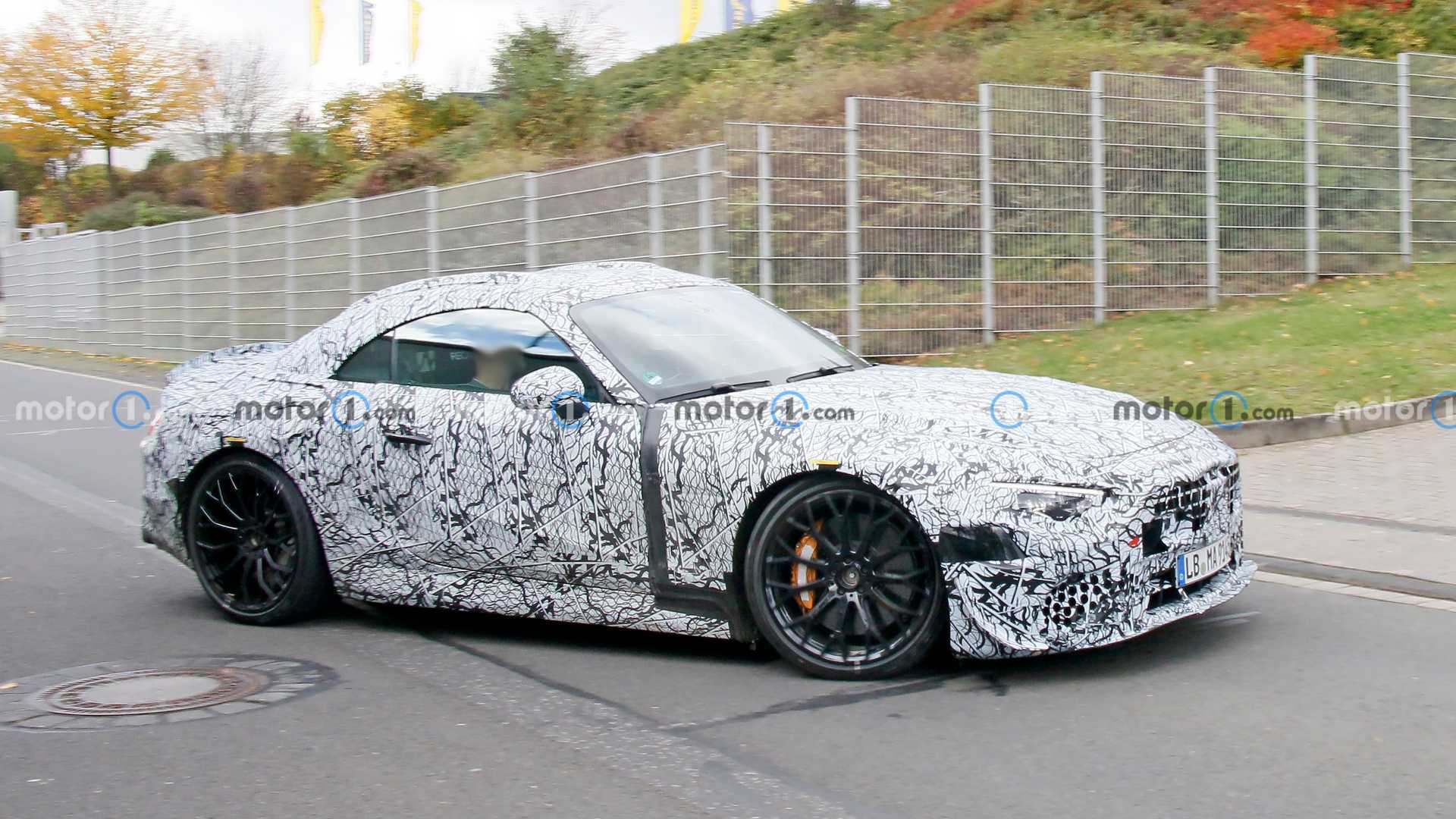 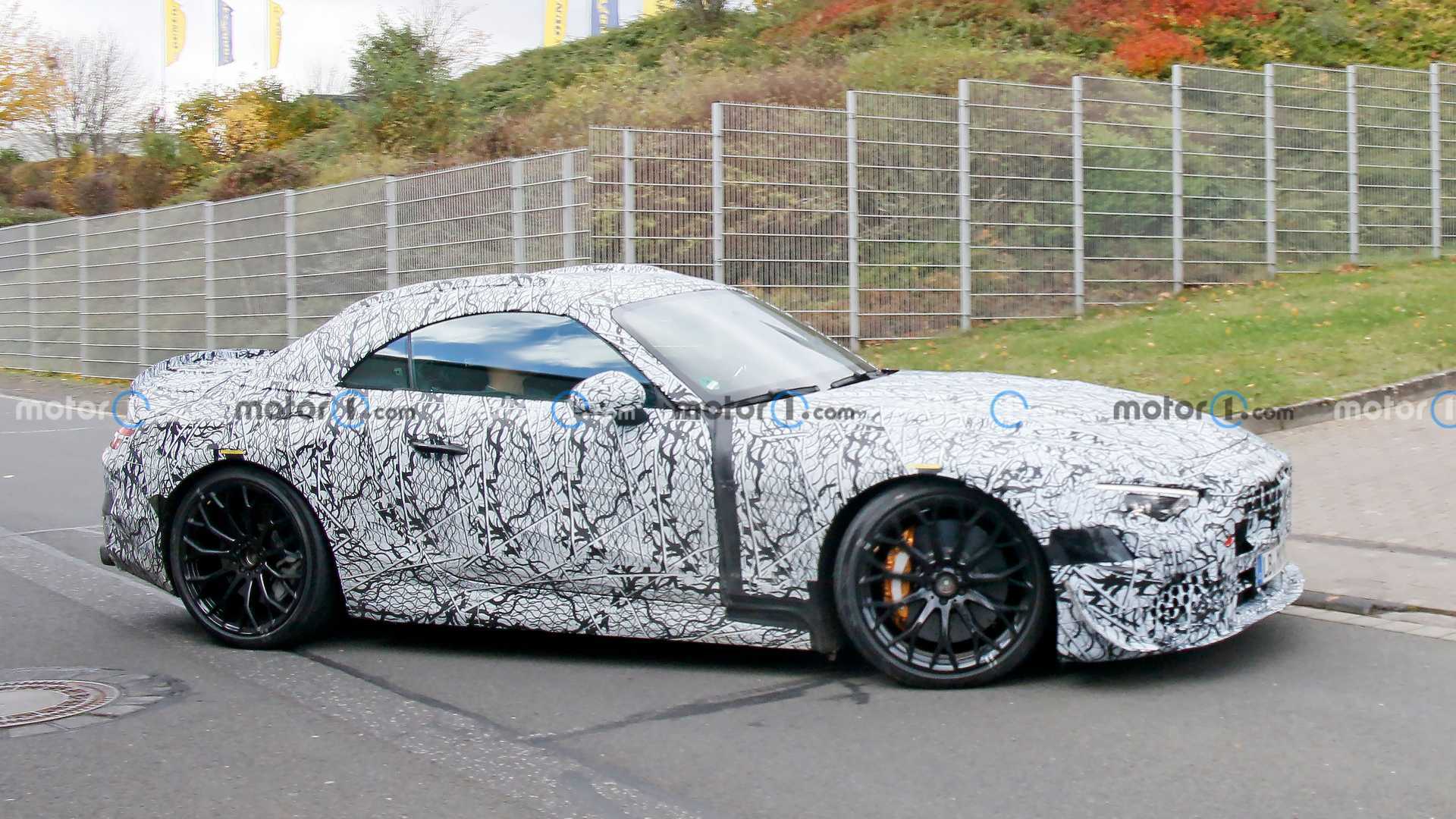 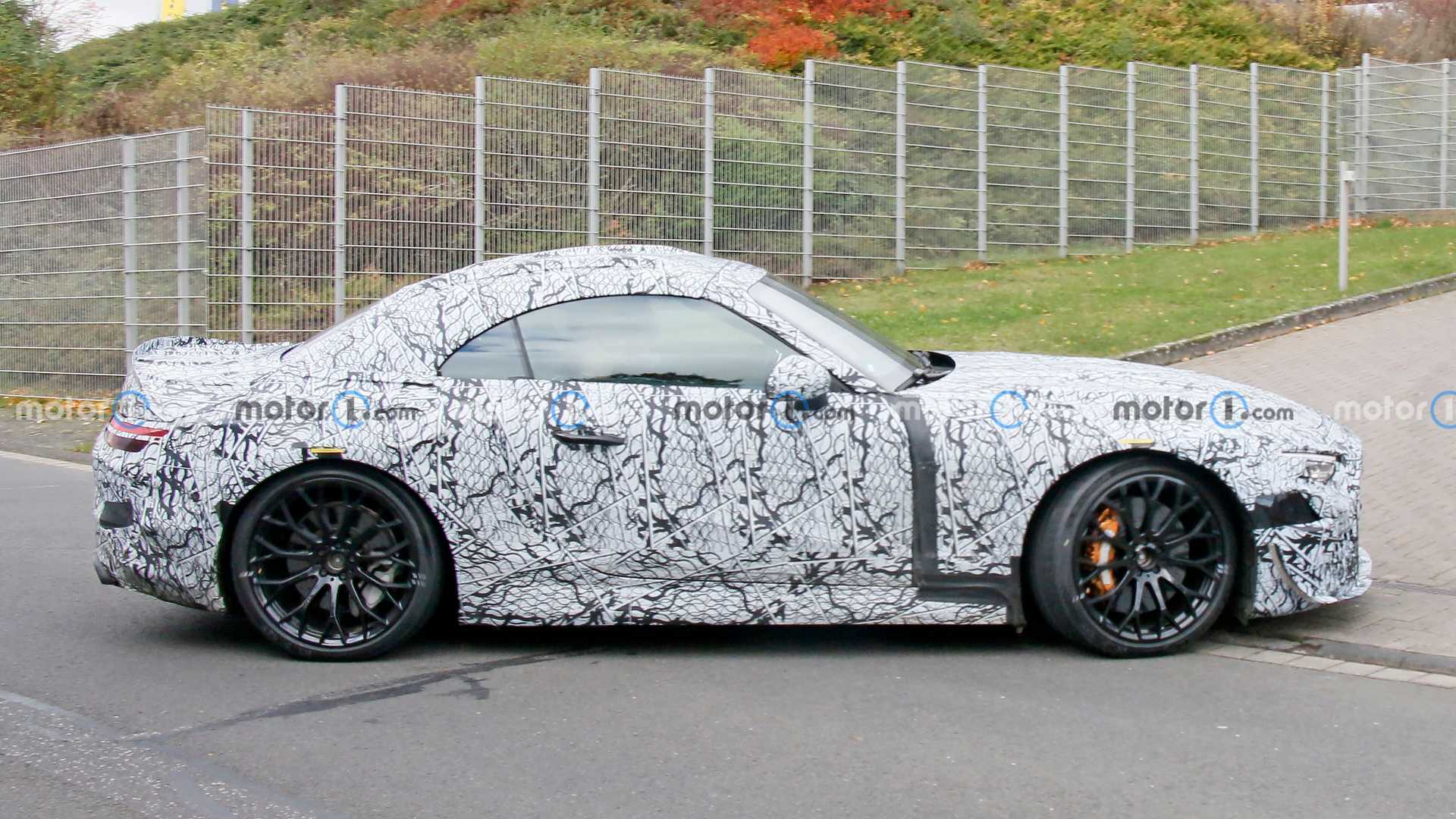 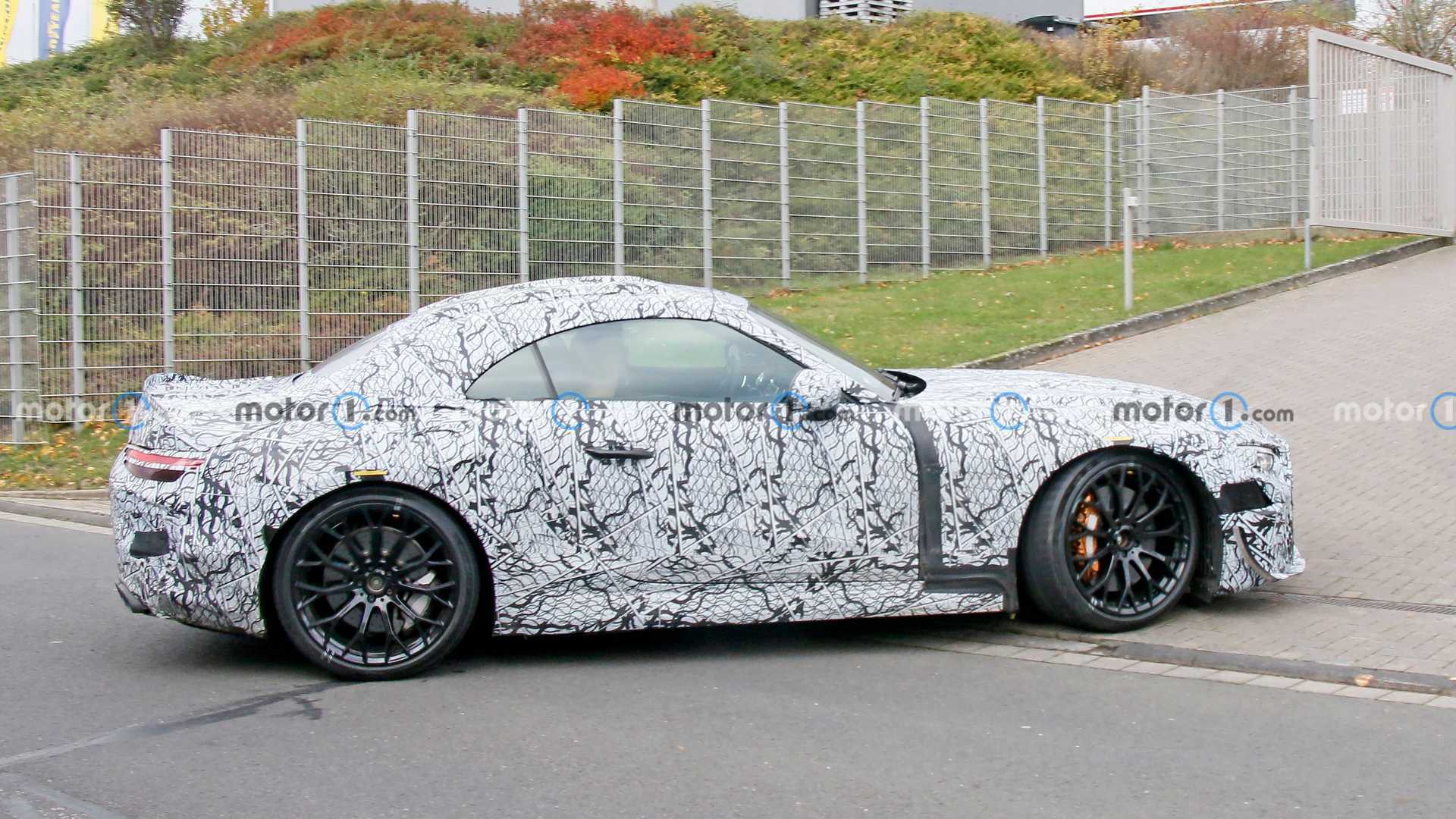 The camouflage hides the details on the vehicle’s flanks, but the rounded roof is visible. Mercedes intends to drop the folding hardtop from previous generations. Instead, the model returns to using a fabric piece. The covering over these cars doesn’t let us see it, though.

The rear deck is very short. One of the spy shots shows the driver side turn signal on. It appears that the skinny strip is part of the production-spec lamps. There are quad, trapezoidal exhaust outlets on both of these vehicles, suggesting that this might be the AMG variant of the roadster.

A few of these photographs also offer a glimpse into the cabin. The layout looks different than other modern Mercedes models. The infotainment screen is separated, rather than creating a continuous display with the instrument panel.

The new SL would allegedly available in six versions. The 43 would be the base version, and at the top, there’s 73e 4MATIC+ hybrid that allegedly has a total output of 800 horsepower (597 kilowatts).

Current reports suggest the SL-Class debuts in 2021 and goes on sale later that year. This suggests it would be on sale in the US for the 2022 model year.

PDRM reminds the public to follow SOPs under NRP – paultan.org

The Royal Malaysian Police (RMP, or PDRM) is reminding the public to comply with the standard operating procedures (SOPs) issued by the National Security Council (NSC, or MKN) to curb…