The Suzuki Across is essentially a rebadged Toyota RAV4, but it brings plug-in hybrid power to the Japanese brand for the first time 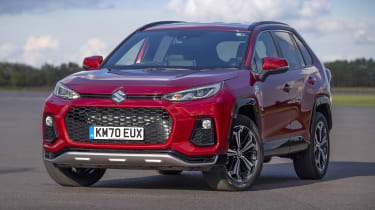 The newly facelifted Mitsubishi Eclipse Cross has now been launched in Japan, where it is offered in both petrol and plug-in hybrid variants. The latter marks the first time the…
F1

Romain Grosjean has recounted the full story of the escape from his burning Formula 1 car – and revealed there were moments where he feared he was going to die.…